I would do anything for love, sang Meatloaf, except that. He never told us what “that” is, but we can assume he was ready to go pretty far.

A Mexican man called Alberto has clearly taken a page out of Meatloaf’s songbook, since he too went to some pretty absurd lengths for some loving. No, he did not do “that”, but he did move the Earth – literally.

Several tons of it, in fact. You see, Alberto – a bricklayer from Tijuana – had met the woman of his dreams, and her name was Pamela.

There was just one itsy-bitsy little obstacle in the way of their romance. Pamela is (or was) married.

That said, the forbidden lovers weren’t going to let such things as legally binding marriages stand in their way. The two decided to start an affair.

But the thing about affairs is that if you’re having one, you usually want to keep it hidden. And having a strange man pop over to her house on a regular basis might’ve raised some suspicions in Pamela’s husband.

So, what was Alberto to do? Well the answer was simple – at least to him.

He dug a tunnel. 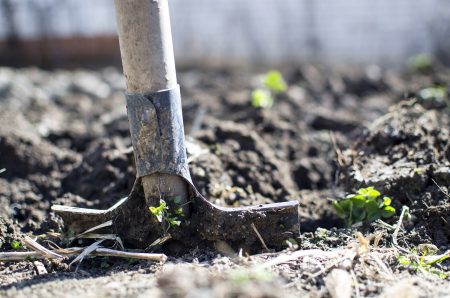 And it wasn’t just any little hole in the ground. Alberto poured all his professional expertise into the project and created a comfortable, safe passageway he could use to sneak into Pamela’s home.

The plan worked like a dream. Whenever Pamela’s husband Jorge was away on his security job, Alberto would take the tunnel and come over for some illicit loving.

Yes, it worked like a dream, but every dream must eventually end with a wakeup to reality. And so it was with Alberto and Pamela.

As these kinds of stories usually go, one day Jorge came home from work early. Realizing the jig was up, Alberto ran off and hid himself.

While Pamela slept, Jorge rummaged through the house in search for her lover boy. Eventually, Jorge noticed movement behind their couch.

But when he pulled the piece of furniture away from the wall, Alberto was not there. All Jorge found was the gaping mouth of Alberto’s tunnel.

Jorge plunged himself into the hole and eventually emerged in Alberto’s home. There, his wife’s secret lover begged Jorge to get out of his house and not tell Pamela that he’d found out about their plot.

Jorge did leave, but he – quite understandably – didn’t hold up his end of the bargain. He confronted his wife, things escalated, and Alberto and Jorge ended up in a fistfight.

Local news sources reported that while no one was arrested, cops were eventually called to calm down the situation. They ended up leaving with Alberto in tow so that the two men didn’t tear each other to shreds.

But Alberto is not the only man in Mexico ready to burrow through soil for his love. Cesar Arnoldo Gomez, 50, from the coastal town of Puerto Peñasco, had a similar idea.

But in Gomez’ case, he wasn’t sneaking into a secret lover’s house. His purposes were arguably much more nefarious.

Gomez had recently been dumped by his girlfriend of 14 years, Griselda Santillan. She ended their relationship because she thought Gomez was just too jealous for her to put up with.

While a breakup can be difficult on anyone – man or woman – Gomez dealt with it a bit worse than most. In a move that proves that he’s totally not jealous or creepy at all, he decided to dig a tunnel under her house so he could spy on his ex-girlfriend.

Gomez, however, clearly wasn’t as handy as Alberto. Lucky for Santillan but not for him, Gomez’ tunnel caved in before he could really start observing his ex.

This was especially unfortunate for Gomez because he was inside the tunnel when it collapsed. And just like that, he was trapped underground.

A Tomb of His Own Design

We might be having a much more grim story if it wasn’t for Santillan. One day she started hearing unusual noises from outside her home.

She initially dismissed the sounds as stray animals. But the noises soon started sounding so desperate that she decided to go and investigate.

Santillan found the mouth of the collapsed tunnel.

“I asked a neighbor to look inside and they said there was nothing there, but then I noticed some shoes, tools and water. I shouted at him to get out, but he did not do anything,” Santillan told local news according to LadBible.

Staff from a local firestation and Red Cross chapter had to dig Gomez out. According to them, he had been trapped for some 24 hours and was severely dehydrated.

Despite that, Gomez didn’t want to leave his tunnel. The rescuers had to drag him out by force.

Perhaps we’ll never know. Or maybe it was because he’s a man who thought digging a tunnel to spy on his ex sounded like a grand idea.