Sports and humans go hand in hand. The oldest sports were being played at the very start of human civilization. In the modern day, sport is used as a way of entertaining, keeping fit and is among the most popular pastimes for people around the world. With some sports remaining local and others being completely international, others requiring loads of equipment, others needing just 1 piece of kit, the world of sport is diverse and wonderful. But just what are the best and indeed, the biggest sports around the world? Let’s have a look! 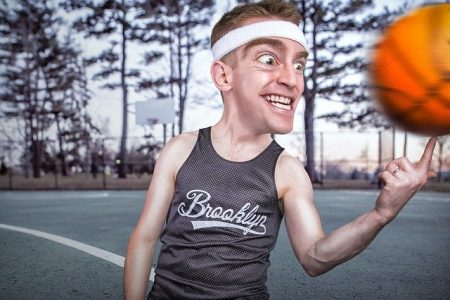 Also known as soccer in North America, the sport of football has about half the world population supporting it. It is estimated that around 4 billion people from Buenos Aires to Berlin and Melbourne to Maputo actively consider themselves fans of ‘the beautiful game’. The modern game was born in 19th century England and saw the establishment of the first formal FA there. But this type of game, which the modern game of football is based on, has been getting played for years and years. With the establishment of the FA and the rules & regulations that came into the modern game as we know it, sports betting and particularly football betting became a huge thing for people alongside the game itself, with millions of people placing any bet they can, from easy win-lose bets to playing the Super 6. The beauty of the sport is it’s simple nature and easy accessibility, allowing anyone regardless of money or access to equipment to play the game. After all, all you need is a ball and your feet which means the sport is played all over the world. Its popularity is also reflected in the gambling market surrounding the game in the current age. As online gambling and sports betting have boomed in recent decades, football has been at the forefront. Traditional coupons have now made way for intricate and eccentric betting markets in football.

Cricket is what you could only describe as a remnant of a colonial past. The sport was originally created in the United Kingdom but now boasts the second largest fanbase in the world at a staggering 2.5 billions fans around the world. It is mostly played in old British colonies such as Pakistan, West Indies, India and Australia.  Because of where the majority of the fanbase is located Cricket has a huge amount of followers. Again, cricket only requires a bat, ball and wickets to play the game. This means it is highly accessible. Whilst the Indian Premier League was only established a few years ago the league has fast become one of the biggest and best sports leagues in the whole world.

Limited by its stature and requiring a court of some sort, tennis is only really popular in more developed countries throughout the world. Despite this, the sport has a following of around 1 billion people. Exhilarating and often hugely competitive the sport offers a lot for fans. The 4 major tournaments which are held periodically throughout the year every year bring in 400 million viewers every single year and the sport offers brand ambassadors and huge sponsorship deals for the people on top of their game in the sport. Tennis is a particularly good sport to bet on as it regularly has upsets and offers good prices for matches. Many tipsters will use tennis to grab easy wins on their sports betting campaign.

I think we can all agree that sport being allowed to continue in some form or another has truly aided people at home watching the TV during a tough year of lockdowns and disruptions. The beauty of sport allows connection, passion and entertainment rarely seen elsewhere. It has been around as long as humans have and I don’t think it will be going anywhere anytime soon. Not if these huge sports around the world have anything to say to it.