As the old saying goes, kids will do the darndest things. But using a global health crisis as a cover to get your booze on is pretty scummy even by those standards.

It has been difficult enough to get people to wear masks in the face of the raging COVID-19 pandemic. But now that stores and authorities have begun making them mandatory, teenagers in the U.S. and U.K. have started dressing up as old, masked grandmas to buy alcohol.

The general gist of a disguised booze run seems to go a little something like this – dress up in old clothes, maybe put on some makeup, don a mask, grab a walker and stroll into the store like it’s your second nature.

If you get asked for ID, the teens will say they forgot it in their car. Then, they will shuffle out of the store doing their best granny walk impression.

Upon a successful scam, the results will of course be posted on social media. The trend has taken the video platform TikTok by storm, with the most popular posts getting millions of views, according to the New York Post.

Of course, this is all just a prank for the views, right? The kids will surely dispose of the alcohol responsibly without drinking it, right? 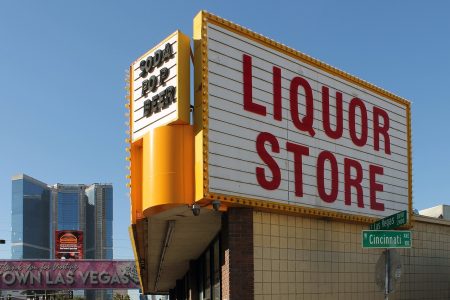 It goes without saying, but what the kids are up to is of course highly illegal. The drinking age in the U.S. is 21, and in the U.K. you must be 18 to independently buy booze.

These limits do not concern only the consumption of liquor, but also the purchase. Even if the teens were pouring the drinks down the drain, they’re still committing a crime.

But when has something being illegal ever stopped excited teens? In fact, some of them have even started sharing makeup and costuming tips on social media.

In one now-deleted post on TikTok, username @aamandaward said: “PSA: use ur fakes as much as possible bc if you wear a mask they can’t see ur whole face lol”

Another video, currently set to private by user @ilikebeans9, shows a blonde girl sharing makeup tips to make yourself look older. New York Post said the clip had more than 1.5 million views before its disappearance.

In the video, the girl shows how to imitate old wrinkly skin with makeup. She is then filmed in a parking lot in a baggy sweater, eyeglasses and a babushka-style headscarf.

She’s hobbling along using a walker, holding a bottle of reddish liquid. New York Post told that in the video’s comments the girl said she performed her “prank” in California.

“I tried to talk as little as possible but I was, like, a little croaky,” she explained. The cashier at the store reportedly did not ask for an ID and even offered to help her carry the heavy bottle to her car.

Another deleted video by user @claare_18 showed a girl pull off a similar scam. Wearing a gray wig, glasses and a Halloween mask of an old person, she emerged from a store carrying cans of Four Loko.

In some places, stores have started catching on to the kids. In response, they’ve been reaching out to authorities to make sure what they can do to stop kids from buying booze.

Maine Bureau of Alcoholic Beverage and Lottery Operations has confirmed that retailers are within their rights to ask people to remove their face masks for ID purposes when buying alcohol, WGME said.

A CBC report said that on Prince Edward Island, Canada, liquor stores have started asking customers to show their faces. An Illinois woman was complaining already in April that she wasn’t allowed to buy alcohol without revealing her face.

The number of unavailable videos on TikTok could indicate that the platform is also trying to crack down on the trend. Which is understandable, being a platform for videos glorifying blatant crime is not great publicity.

Not that it matters all too much in the age of internet. Once the videos are posted on TikTok, they will quickly find their ways elsewhere, appearing in places like Twitter.

Then again, the videos could come in handy if cops decide to pay these kids a visit. In the end, how stupid do you need to be to post evidence of your crimes on the internet?

While the kids’ antics are incredibly dumb, they could have an unintended side effect.

As mentioned, it’s been hard enough to talk people into wearing the masks in the first place. This trend could throw more fuel onto arguments against them.

How effectively the masks protect the wearer is debatable, but health officials agree that they are very effective in preventing the wearer from spreading the virus. You can be a carrier and a spreader for COVID-19 without experiencing any symptoms yourself.

According to projections by the University of Washington’s Institute for Health Metrics and Evaluation, active use of masks by the U.S. populace could prevent between 17,742 and 28,030 deaths before October 1.

So you really should keep the mask on. Just lower it enough for the cashier to see your face when buying alcohol.

Or better yet, don’t try buying booze if you’re underage!