Cycling in areas that are not designated for bike riders leads to liabilities for cyclists if they cause an accident. There are strict laws in Georgia for cyclists, and if they do not comply with traffic laws, the cyclists face the full liability for property damage, medical expenses, and lost wages for any victims. An accountable cyclist who knows they are at fault and wants to take responsibility for their role turn to legal representatives to find out what to do next. 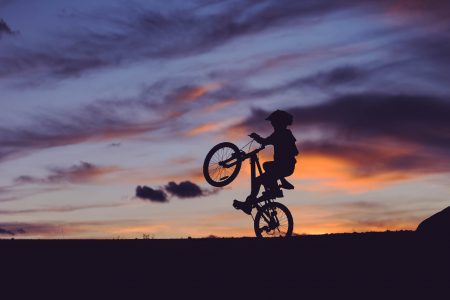 Cyclists do not have auto insurance coverage to cover expenses resulting from an accident. After an accident caused by a cyclist, victims hire an attorney to collect compensation and file a claim against the cyclist. The defendant needs an attorney to represent them even if they are taking full responsibility for their role in the accident. A lawyer can negotiate with the plaintiff and reach a settlement out of court, and if the defendant does have the full upfront costs, they can set up payment arrangements. Talk to an attorney about what steps to follow when a bicyclist is at fault.

Identifying How the Cyclist Caused the Accident

Evidence of fault shows how the cyclist caused the accident and how the auto driver is not responsible for the wreck. Moving violations introduce fault in an accident involving a cyclist. Riding the bike on the road instead of designated bike lanes introduces fault. In Georgia, cycles must have the proper equipment installed as directed by state laws, and the bike owner is responsible for completing maintenance for their bike, such as ensuring that their brakes function. Cyclists are also required to wear helmets and reflective clothing to increase visibility at night. Some jurisdictions may require headlights if the owner cycles at night.

Defining the Responsibilities of All Parties

Investigating what happened establishes the responsibilities of all parties. If traffic camera footage shows the auto driver was speeding, the driver could face comparative fault rulings in court. Attorneys that prove that the cyclist wasn’t the only party at fault could decrease the monetary award for the claimant. To collect compensation in a personal injury case, the victim cannot be more than 50% at fault for the accident.

Was Another Party At Fault?

Faulty brakes or other parts on the bike could indicate that another party is at fault for the accident. For instance, a repair shop that installs the brakes could face liabilities if the brakes failed to function during the accident. However, if the repair provider followed all instructions from the manufacturer when installing the brakes, the manufacturer could be at fault if they sold defective parts to the repair shop. Investigations into the accident show where the liability lies, and if there are more than one accountable party, the outcome changes.

An accident involving a cyclist requires law enforcement officers to pinpoint what happened. A cyclist can take responsibility if they know there weren’t any other parties to blame. However, an attorney can determine if the blame rests solely on the shoulders of the cyclist or if the auto driver also played a role in causing the accident. Personal injury cases for an auto accident might involve compensation for medical costs, auto repair costs, and lost wages, but there must be evidence to support the plaintiff’s claims. Talk to an attorney if you are involved in a bicycle accident.