Weird and wonderful games are shaking up the gaming industry as developers look to stand out from the crowd in a competitive market. 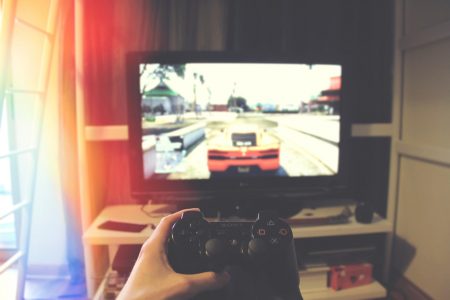 The game Werewolf Tycoon, created by Sam Twidale and Joe Williamson, is one of a long line of bizarre video games. It features an unusual take on popular video games such as RollerCoaster Tycoon. The object of the werewolf simulation is to eat as many London citizens as possible. The player must avoid being snapped by reporters, but as the nights pass, the number of reporters increases. When enough photographic evidence has been captured, the killing spree ends with the army being called in to shoot the werewolf. The humor of the game makes it stand out from the crowd. It features a newspaper called The Daily Obituary, which tracks the deaths each night. The game is also popular because it combines the most popular video game genres, such as action-adventure and fighting.

Another sector of the entertainment industry has embraced the use of weird and whacky themes and titles. The online gambling industry has developed unusual megaways slots such as Spicy Meatballs, Fluffy Favourites and Beef Lightning to stand out from the crowd. These weird and wonderful slots are particularly popular in the UK, among other countries. Spicy Meatballs is set in an Italian kitchen and features the popular Italian appetizer. The slot also has engaging visual effects: the reels are in an oven with four boiling pots on top and ingredients such as green bell peppers and blue chilies. The immersive effect of the game is complemented by music such as the Italian song Funiculì, Funiculà by Luigi Denza. These innovations are essential to catch the eye of players in a competitive market.

One traditional game has been reimagined for medical research. Its technology has the potential to enable someone with paralysis to work a smartphone without using their hands and eventually help in the treatment of paraplegia.

The video of a monkey playing Pong was released by Neuralink, the neurotechnology company owned by Elon Musk. The computer to brain interface firm first taught Pager the macaque monkey to play Pong via joystick. Pager received a fruit smoothie as a reward and when the joystick was disconnected, he could play the video game with his mind.

Musk highlighted the potential use of this product for people with paralysis: “Later versions will be able to shunt signals from Neuralinks in brain to Neuralinks in body motor/sensory neuron clusters, thus enabling, for example, paraplegics to walk again.”

But why are weird and wonderful games so popular with players? One reason for their success is the simplicity of the gameplay. Another reason is the fascinating characters in the games, such as protagonists who are satirical or funny. Developers are constantly trying to produce innovative and often weird games because of the competitive nature of the gaming industry. Being able to stand out from the crowd can allow developers to gain a valuable edge in a crowded market. As we have seen, this can be achieved by reimagining old games as Neuralink did with Pong or by creating a parody of established games as was the case with Werewolf Tycoon.

So, weird and wonderful games are a great way to stand out in the gaming market. These titles are likely to be followed by even more bizarre games in the future as they capture the imagination of players.