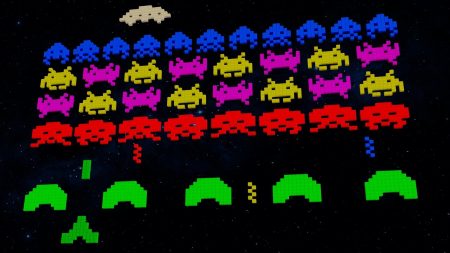 Do you remember the days when you would play a match of Tekken at your friend’s house? Or maybe those long hours you’ve spent customizing your character in The Sims. Nowadays, video games are not just going to be a memory in that one period of your childhood because as gaming continues to draw in more attention and become mainstream, we are witnesses to how the world of gaming has now ballooned to more than a hundred billion dollar industry! And with a market as humongous and as fast-growing as this one, we can expect to see more developments in game play, technology, devices, and console that will transform our whole gaming experience.

Today, thanks to the increased interest in game developments and recent advancements in technology, there are tons of games to choose from in all sorts of genres. With that said, let’s take a glimpse of the five most popular video game genres in the world, as reported by GamingScan.

Action and adventure or “Action-Adventure” games are sometimes fused together as a hybrid genre. Typically, games in this category have a plot and main character where you get to control the actions of the protagonist. Action and adventure games are one of the most popular genres because they’re packed with rich storylines, conceptual challenges, puzzles, and lots of explorations. This is probably the reason why they are immensely popular among gamers because they’re more interactive and they’re filled with plot turns that will keep you hanging on the edge of your seat.

A battle royale game is usually an online multiplayer video game that integrates a variety of different elements like survival, exploration and scavenging where all players will start by rummaging for equipment, ammunition, medical supplies, and others.

If you’re familiar with PUBG, Call of Duty, and Fortnite then you understand how battle royale games work because these are just some of the most popular ones. If not, you must have watched “The Hunger Games”? If you did, well, this genre basically works like that where the goal is to become the last man standing amidst dozens or even hundreds of other players. And the way to do that? Hunger Games-style: by eliminating your opponents.

Sports games are one of the oldest types of genres in gaming. They simulate playing an actual sport such as tennis, basketball, or football. For instance, if you’re itching to play ball on a hot summer day, but you hate breaking a sweat, then you can probably enjoy a game of NBA or FIFA with your favorite home video game console instead. Nonetheless, this doesn’t mean they’re limited to virtual interaction because others require some level of physical engagement to play. In fact, some sports games even promote working out.

Role-playing games or “RPG” is pretty self-explanatory. This video game genre takes you to another universe with  well-structured fictional setting where players assume the roles of different characters, hence, taking responsibility for the actions taken within the games narrative. Due to its popularity, RPGs have branched out to different sub-genres where the most common themes revolve around action, strategy, and adventure. The Witcher 3: Wild Hunt, Fallout 4, and Skyrim are just some examples.

With the current developments in gaming, you might be surprised why Fighting is still on the list. Well, that’s because even though we enjoy RPGs, Battle Royales, and all these other multiplayer online games, sometimes, we just miss our days at the arcade! Close combat matches never get old and with this year’s release of Nintendo’s Super Smash Bros. Ultimate, we can’t ignore that it just puts fighting games back in the game.