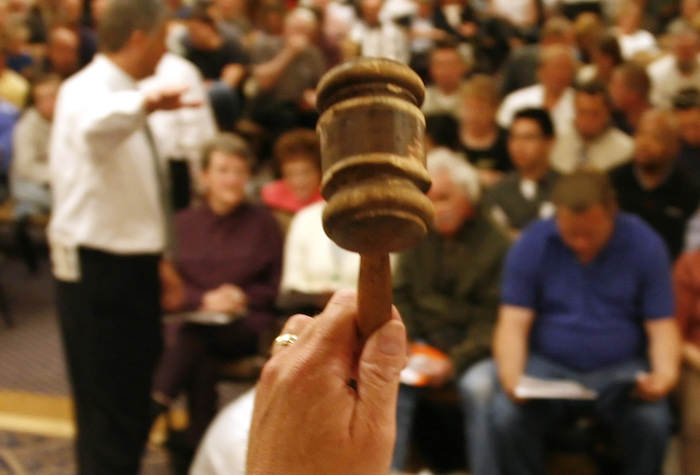 In today’s reader-submitted story, Frank recalls the time he accidentally stumbled upon an auction for a handmade wizard hat.

“I realize how blatantly peculiar it is to tell this story and occult auctions will not be mentioned anywhere in spite of their habit of exchanges of large sums of money that you would think would attract the attention of the IRS. The occult underground consists of people who are involved with secrecy and occult secret societies make it their business use skill with the privacy of their activities.

It would be rare for someone like myself to even give the story since time, dates and location are often so cleverly veiled that an empty warehouse is the only aftermath of such an event.

Occult auctions are not politically motivated nor crimes related so they serve no interest with regards to intelligence services that have to concentrate on lawbreakers.

Since the metaphysical bookstore that led me to the occult auction no longer exists, I will only state that it was near Pittsburgh, Pennsylvania and about sixty people participated in the sale. It was strictly for those seriously involved with the dark occult underground that is everywhere and nowhere.

One of the items being auctioned was a wizard hat. It was handmade and used in occult ceremony by a wizard who had used it daily for many decades. It so much stellar radiation magick locked within this object creating a robe that manifested the force of the microcosm would take less time than starting from scratch when the ancient method of gaining cosmic consciousness from primal existence was attempted.

The secret of the microcosm, as everyone knows is related to the symbolism of the cone hat and robe which in turn you experience the cosmic consciousness and develop the ancient magical powers of the wizard. Therefore, a wizard hat from an occultist who follows this ancient path of magick is going to be very valuable to the young aspiring wizard on the western esoteric path.

The auction began with what sounded like a callous criticism of the Eastern India Guru and it was pointed out that the eastern gurus never attained a method cosmic consciousness and therefore their system was inferior to the western path which had a definite method. They stated no such trance as cosmic consciousness exists in the east. The wizard hat was shown, and the bidding began at $10,000.

To my absolute astonishment the wizard hat was sold for $46, 500 after about forty bids.

Other mystical objects were sold during the underground occult auction, but the wizard hat was by far the highest price. Many went to the action just to see the wizard hat or try to buy it.”

Do you have a strange, odd or weird story to share? Submit it here and you could see it on Oddee.