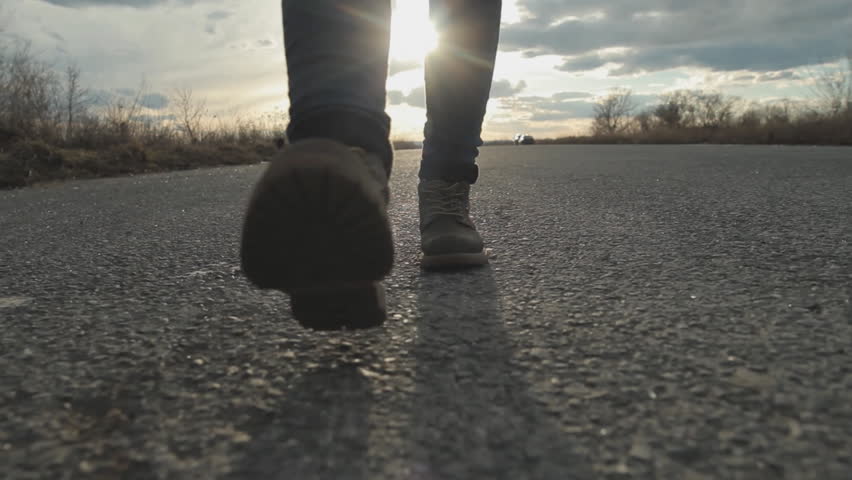 In today’s reader-submitted story, Josh explains how he’s a man that just appeared one day, out of thin air.

“I am the man from nowhere.

I wasn’t in the least bit disoriented and retained a clarity of mind that didn’t indicate any brain injury. I was simply a man around thirty years old that had lost his memory. I continued to walk and although it might seem that I would be alarmed at such a dilemma I was unconfused by my peculiar predicament.

As unusual as it might seem or even contrary to sense I had a clarity of mind and peace about me that was in contradiction to my memory loss. Strange quotes and proverbs went through my mind which seemed logical at the time which came up later on as I advanced my life trying to find a place where no one would suspect that I came from nowhere.

How long has it been since I found myself on that highway I cannot say. Only to state all these years I reveal for the first time the story knowing that trying to trace Me is impossible. For I am the man from nowhere who came from no memory and it would be in contradistinction to good sense to bring the issue up where my explanations would lead me to authorities, or even be sentenced to some life that is not my choosing. Therefore I perhaps remain forever the man who is from nowhere who came from nowhere and had no memory.

My birth chamber is an unknown geography on a highway for I am the man from nowhere.

Knowing that I am the man from nowhere I needed to find work and I gave myself a name based on highway signs. I took the one occupation where no particular attention would be granted to my person.

For being the man from nowhere I knew the safe way was to take an employment rural where no matter how naive and uneducated I was it would not be noteworthy.

Even as I write this my mind is on fire with clarity and I can learn things fast. Perhaps this part of my mind where if you lose your memory some other primal instinct takes over where quick study fires up its primal engines for survival’s sake. So, I took the one employment where I could lose myself over a period of time to plan what I, the man from nowhere, could initiate any blueprint forth to self-actualization and above all, to find my purpose in life.

A very strange quote came to me which I am never been able to trace anywhere. I thought that if I keep doing what I am doing I will keep getting what I am getting.

So my logical, wherein I must duly assume is some manner of a primal instinct of survival gave me a decision where I would take that employment best suited to learn without anyone knowing that I did not know.

So for many years, I worked as a well digger for farmers. This was the perfect job where the folk of farms who were separated from a bewildering world of complexities and simultaneously in touch with the news and knowledge of modern cities would be cogent with my aspiration to build a deck of cards cemented together to my own concept of what a normal reality would be.

So then, it might be too dangerous or stupid to expound any further sufficient to state that I succeeded with the proper construction of my secret house with all the icing wherein my secret is safe from the world. I am like no one you can ever know or know you know for I have natural talents beyond wildest dreams of anyone but Me who am the man from nowhere. Therefore, it is not safe to tell you dates and, behold, after this story, I withdraw into the silence not to be known for many years more.

For I am the man from nowhere…

Although it has been many years since I left my time of well digging I honor those families who invited me to supper and unknowingly revealing the secrets of a world wherein I was a man from nowhere.

So farewell for now, and it may that I shall chance upon who I am and who I really was knowing that in the depths of My being some sublime secret perhaps mighty and terrible lurks deep from my past.

Upon that day I might very well continue My story and yet who can say?

For I am the man from nowhere and I know something is coming. I know that it involves me many years from now.

So, therefore I await that time calmly knowing that being the man from nowhere anything can happen and will.