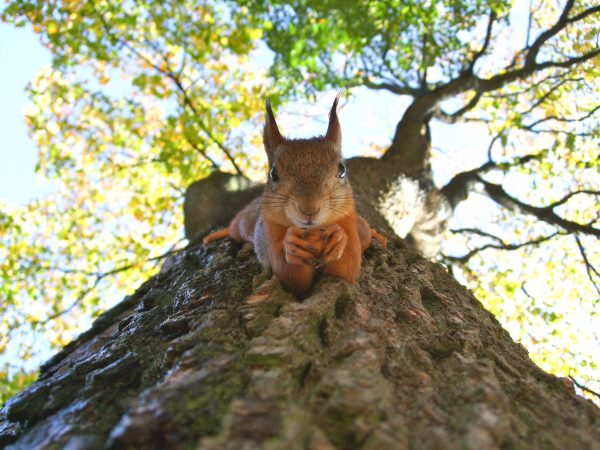 Who doesn’t, besides dogs, like squirrels? Cute, fuzzy and fun to watch, what’s not to like? They make everything more interesting!

So @MBTA this morning passengers banded together to try and help a baby squirrel who got on the train at #Ashmont let him off the train at Fields Corner, we’re concerned the little guy will be injured if he stays on the station platform pic.twitter.com/Qy25vQf1qG

Squirrels Are Quite Loving

A commuter trolley in Boston had quite a surprising passenger – a squirrel. The passengers say that the squirrel ran onto the Red Line trolley, on April 29th. And he caused passengers to jump into their seats. Passenger, Rosanne Foley, executive director of Bostons Landmark Commission posted pictures of the squirrel snuggling with a passenger. To be fair the squirrel was likely cold. The high for the 29th was only 60 and the weather dropped to 47. Another passenger gave the squirrel some granola, though it is unclear if they ate it. So you see, a squirrel is just as lovable as a cat or dog…

Squirrels are useful, however, this is a little crazy…

David Freiheit, a Montreal dad, decided to complete a “historical first”. He created a weird way of pulling out teeth. He tied some dental floss to his daughter’s tooth and some granola to the other end. A wild squirrel noticed the granola and grabbed it, as squirrels do. Then it took off with the granola, and as a result, the tooth with it. Freiheit caught the whole thing on video, which you can see here!

Wildlife photographer, Robert Stevens Jr., posted a photo of an epic stare-down. He saw the photo begin to become very popular in a couple of days. It  has to date 27,000 shares, 5,000 likes and 1,200 comments on Facebook. Alternatively, Stevens Jr. had been capturing wildlife for 21 years, but never got this many views.

Roberts said that the squirrel came from nowhere. It began playing hide-and-seek with an eagle. In the picture, the squirrel gets quite bold and sticks it’s neck out.

Stevens Jr. said that this was what he was taking pictures for. “It’s one of those things where if you miss it by a day, an hour, or 15 minutes, it’s gone.”

In conclusion, squirrels are bold and intelligent creatures, even if they can startle some folks.