Have you ever wanted to be someone you’re not? Even if you don’t, we all have some parts of our personalities that we could stand to improve.

Now, a new kind of a smartphone has shown that it is indeed possible to change for the better as a person. And you can do it pretty quickly, too.

The new app – called Personality Coach, or PEACH – was developed by scientists from the universities of Zurich, St. Gallen, Brandeis, Illinois, and ETH Zurich. The researchers used the app to study how quickly personality traits could be modified, reported the University of Zurich.

The answer, as they found it, is three months. And these weren’t temporary changes, either – another three months later, the modified personality traits still existed in the test subjects.

“The fact that personality traits can change over longer time periods and that changes in personality traits may bring about positive outcomes leads to the important follow-up question of whether and how people can intentionally and permanently modify or change their personality traits over relatively short time periods,” Dr. Mathias Allemand from the University of Zurich, one of the study’s authors, wrote in Open Access Government. 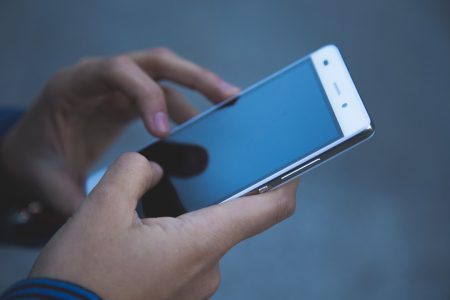 To test how fast people’s personalities could be permanently altered, the researchers turned to digital technology. They developed the PEACH app as a way to stage what they call a “digital intervention.”

Funded by the Swiss National Science Foundation, the app developed a scalable communication feature for PEACH. The app includes a digital agent that imitates a conversation with a human being.

In a nutshell, PEACH is kind of like having your personal therapist in your pocket. The app features weekly core topics and aims to bring about change and development in personality traits through small regular interventions.

It also has a digital journal that users could use to record their notes and thoughts. Other features include reminders about personalized goals, video clips, and a channel to provide feedback to the developers.

Those who Want to Change

The researchers chose around 1,500 people to participate in the study. To begin with, the participants were asked to decide which of the five major personality traits – openness, conscientiousness, sociability, considerateness, and emotional vulnerability – they wanted to work on.

Most people, according to the study, wanted to reduce emotional vulnerability, increase conscientiousness, or improve sociability (or extroversion). Once they’d made up their minds, the participants were further split into two groups.

One group used the app for two months, while the other did so for three months. Over this period, they engaged in “knowledge transfer, behavioral and resource activation, self-reflection, and feedback on progress.”

The participants didn’t at any point of the process communicate with another living human being. All their conversations were handled by the app’s chat bot.

At the end of the study, the research team evaluated the personality change in their research subjects. They also took comments from the subjects’ families and close friends on what kind of change they had observed.

The results showed that it was easier to increase the prevalence of a personality trait. People close to those who wanted to reduce a trait noted that they saw next to no change.

However, it could be that change in the reduced traits is simply more difficult to notice, the researchers said.

“This group mainly comprised those participants who wanted to become less emotionally vulnerable, an inner process that is less observable from the outside,” they wrote.

Additionally, those that used the app only for two months saw less change than those who used it for a longer time. Their results also weren’t as long-lasting.

Nonetheless, in only three months both the participants and their loved started noticing changes that stuck.

“The participants and their friends alike reported that three months after the end of the intervention, the personality changes brought about by using the app had persisted,” said Allemand.

‘Not Just Slaves to Our Personality’

The study’s results demonstrate two things, according to the team. First, it clearly shows that people can change – and they can do so more quickly than anticipated.

“These surprising results show that we are not just slaves to our personality, but that we can deliberately make changes to routine experience and behavior patterns,” Allemand explained.

Second, the study indicates that you don’t need expensive psychotherapy to bring about a change in personality. A simple digital assistant gets the job done just as well.

The scientists noted that more research is needed to determine just how permanent the personality changes are. Still, an app like PEACH could make a positive impact on mental health services, they said.

If you’d like to try PEACH for yourself, you’re unfortunately out of luck. The app is currently only available for research purposes.

But according to the research team, other apps like PEACH are likely to become widely available. Until then, we’ll just have to become better people on our own.