Skip to content
When it comes to picking a baby name, everyone has their own ideas. But apparently this babies full name was terrible, so terrible, it’s making people laugh.
“My brother and his girlfriend had a baby girl two months ago,” Shared a new auntie.  “I didn’t visit her in the hospital due to the restrictions,” she explained. “But I quickly found out that they named her Celexa.”
All you have to do is Google search it and you’ll know it’s probably not the greatest name for a baby girl. “One google search will tell you that is the name of an antidepressant medication.”
“Celexa is a prescription medicine used to treat the symptoms of depression. Celexa may be used alone or with other medications. Celexa belongs to a class of drugs called antidepressants.”
Even goggling Celexa, as a baby name, yields results of the medication. A close second is Alexa but imagine that name these days, with the electronic Alexa and all.
“I don’t understand the thought process behind choosing that name but I really cannot stand it and I laugh whenever someone in my family refers to her,” she admitted. She has decided to nickname her niece Lexa and use that instead.
Nicknames are fun and all but Celexa’s mom did notice that her auntie never uses her full name, and asked why. “When my brother’s girlfriend asked me why I never call her Celexa, I told her the truth — that it’s the name of a medication.” 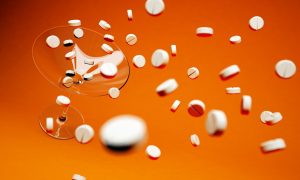 “Now apparently I’ve got her upset because she’s worried that people are gonna bully their daughter,” she wrote to Reddit. “Nobody in my family seems to be on my side so now I’m wondering if it was a mistake to point it out.”
According to Reddit, the SIL was the one in the wrong. “YTA. Not for answering her question, but for unilaterally deciding your niece’s name sucks, laughing at it, and refusing to call her by it,” someone else wrote. “I doubt little kids are going to going to know the brand names of citalopram and by the time they’re old enough, your niece will be old enough to decide what she’s going to be called.”
Another user said: “Yeah, YTA,” one person replied. “I mean, basically you’re the first bully in this kid’s life so congrats on that. People sometimes have unusual names, being so immature and petty that you refuse to refer to a human being by their name is stupid and mean. Grow up.”

“You’ve done a good job of proving your point,” someone else shared. “You’re the first to pick on the kid for her name. Congrats.”

“YTA not for thinking the name is silly, but for refusing to accept that that’s your niece’s name and that you need to respect her,” shared another commenter. “Instead of making her feel her name needs to be “nicknamed” to be suitable, you should be encouraging her to be who she is and to never apologize for it.”