First, a warning: if animal abuse makes you squeamish, don’t read further. This is not a happy story.

In France, a brutal, almost ritualistic serial killer has struck dozens of times during this year. Some might say that the killing spree has a silver lining, however, as the murderer is not targeting people.

Instead, they seem to prefer victims of a more equine variety, says Deutsche Welle. French media reports that the maniac has struck more than 30 times, leaving horses, donkeys, and ponies either dead or horrendously mutilated in his wake.

According to Associated Press, the earliest known attack happened in February. Since then, the barbaric killings have surfaced again and again, leaving farmers terrified and the police stymied in eastern France.

Each act of brutality is drenched in mystery. The police have no idea who the perpetrator – or perpetrators – are.

All that’s known is that they use bladed weapons, have at least some knowledge of horses, and that they have an appetite for wanton cruelty.

The killings have become so prominent that they’ve caught the attention of the highest echelons of French government. Minister of Agriculture and Food Julien Denormandie has promised support to the horses and their owners.

“These acts of barbarism against horses are unbearable,” Denormandie tweeted. “All means are mobilized and implemented to put an end to this terror.”

After visiting Saône-et-Loire Denormandie in a separate tweet told the French people to rest assured that no means would be spared to ensure that justice is served.

In France, animal cruelty is punishable by up to two years’ imprisonment and roughly $35,000 in maximum fines. 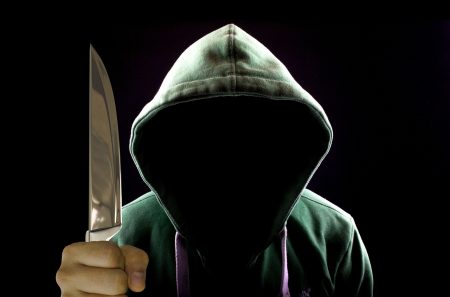 Denormandie detailed the acts of violence the murderer has committed on the horses. The list of savagery is not for those with weak stomachs.

“There is clearly a professionalism, people acting with a certain level of technique,” Denormandie told Deutsche Welle.

The murderer has gouged out eyes and bled horses dry. In late August, they completely disemboweled a mare in southeastern France.

The killer is also leaving their trademark at the scene. In the vast majority of the cases, the horse’s right ear has been sliced off – a trophy tradition that is practiced by matadors in bullfighting.

But it seems the ears are not enough for the killer to remember their bloody business by. Police say that in some cases they have also made off with bones and parts of the animals’ noses.

As mentioned, the identity of the killer is an enigma. The repetitive and calculated mutilations have raised questions of whether the acts are committed by some kind of a cult.

“It is cruel savagery of a kind we have rarely seen before. Is it a cult?” Sarge Lecomte, president of the French Equestrian Federation wondered to the AFP news agency.

Other theories are also floating around in France. One posits that a group of copycat criminals is behind the killings. Copycat behavior a well-known side effect of highly publicized crimes.

Another theory is that a sick social media challenge is causing the brutality . If that’s the case, we’ve jumped from eating Tide pods to a whole new level of depravity.

The French public is also wondering about the almost surgical precision of some of the mutilations. This has spawned theories that the killers must have precise knowledge of horse anatomy and behavior.

Aude Giraudet, chief of the equine division at the National Veterinary School of Alfort, doesn’t necessarily agree with this theory, however.

“I’m not sure you need great knowledge of horses. A fearful horse in a pasture won’t get caught. But a horse who feels confident with people … he’ll come, find it normal that you put a harness on it or a rope around its neck,” she told Associated Press.

She added that it would be easy to nip off an ear while a horse is standing. For the more elaborate barbarism, though, the horse would have to be laying down. This means the butchers know how to handle horses, at the very least.

“If I were in Normandy, I think I would be very, very worried about this epidemic,” Giraudet summarized.

A Portrait of a Killer

The cloud of mystery parted slightly in August. Nicolas Demajean, who runs the animal sanctuary Ranch of Hope in Auxerre, actually came face to face with the killers.

On August 24, Demajean heard his pigs squealing unusually loudly. As he came to examine the ruckus, Demajean saw two men about to attack his horses.

A struggle ensued, during which one of the perpetrators cut Demajean on his arm with a pruning knife. Meanwhile the other started slashing at sides of two of the sanctuary’s ponies.

Demajean managed to drive would-be killers away and they took off in a vehicle. The two ponies are now recovering but traumatized, wrote Associated Press.

But the attackers got away and not all animals were as lucky as the ponies. The next day, another pony was exsanguinated in Saone-et-Loire and – in a separate case – one horse had some of its organs ripped out.

“I used to have confidence putting my horses out to pasture. Today, I have fear in my gut,” Demajean told France 3 TV station.

But at least something came out of it. Thanks to Demajean seeing the attackers, the police have now released a composite sketch of one of them.

Hopefully that will help stop the killers before they slaughter any other innocent animals. Or decide to graduate to cutting people apart.