There’s something going on with rampaging animals in Asia. Some time ago, we brought you the story of a herd of elephants plowing their way through China.

But while the elephants haven’t hurt anything aside from crops and feelings, the same can’t be said about today’s case. Only, it’s not about elephants but a bear.

An agitated bear appeared in the city of Sapporo on Japan’s northern island of Hokkaido on June 18. Over its seven-and-a-half-hour rampage, the animal managed to cause some serious trouble.

Although there no fatalities, the bear attacked and mauled four people. It also charged a military base, caused flights to be cancelled, and shut down several schools.

Eventually, local hunters assisting the Japanese police ended the bear’s reign of terror. Left with no option, they shot the animal dead.

According to the police, killing the bear was a proportional response considering it had already injured several people. Additionally, wildlife experts say killing a bear is the only way to stop if from causing further damage.

“Once a bear is in a residential area, in order to avoid any accidents, extermination is really the only way,” said Shinsuke Koike, a professor and bear expert at Tokyo University of Agriculture and Technology.

“Tranquilizing guns will usually take up to 10-30 minutes for effectiveness, so in the process, the bear could act up in panic, leading to further incidents.” 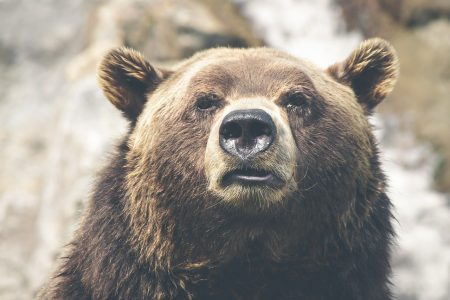 The bear started its rampage early on Friday morning. It was first sighted around 3:30 a.m., according to local news sources.

Sightings kept trickling in over the next couple of hours. It didn’t take long for the bear to notice the onlookers as well – by 6 a.m. it had already attacked and injured a man in his seventies and a woman in her eighties.

As the events played on, the bear got even more unpredictable. Soon, it had mauled two other men in their forties, one of whom was reported as critically injured.

Around 8 a.m., the bear made its way to a local airport. A video by the Japanese public broadcasting company NHK shows the animal scaling a security fence around the runway.

As a result of the bear’s intrusion to the airport, a total of eight flights were canceled. The federal government also stepped in an ordered a total of 10 schools in Sapporo to close.

“We offer our sincere condolences to those affected by the bear. To residents of areas where there have been bear sightings please pay special attention to advisories about large bears and ensure your safety,” Chief Cabinet Secretary Katsunobu Kato said.

The bear also made a visit to a military base near Sapporo. According to local news, no one was injured but the animal did cause “a commotion.”

The police brought in two helicopters to track the bear, and hunters from a local hunters’ association also got on the animal’s trail. Around 11 a.m., the fateful shot rang out and brought an end to the bear’s invasion.

It’s unclear why the Sapporo bear decided to descend from its home in Hokkaido’s mountains to civilization. Koike guessed that it could have something to do with the bears’ mating season.

“It’s hard to properly understand what happened, but knowing that the bear is male, and given that it is the breeding season right now, it’s highly conceivable that the male was chasing after a female bear, and in the process wandered into a residential area,” explained Koike.

This bear rampage wasn’t a unique occasion, though. Bear attacks and sightings have been rising steadily in Japan over the recent years.

In 2020, bears killed two people and attacked 158 others, according to Japan’s Environment Ministry. In addition, at least 6,861 bears were killed over the year.

“All over Japan, areas where bears are living are expanding more and more, to the point of bears living right behind people’s backyards,” Koike said.

Experts have blamed a shortage of acorns in the mountains for the bear intrusions. Lack of food is driving the bears to search for sustenance from a wider area than usual, some of them claim.

However, there’s also another more likely reason. Japanese people are increasingly moving away from rural areas, leaving them sparsely populated and attractive to bears.

Previously, busy farmlands formed a buffer zone between the mountains and towns. The bears didn’t used to bother trying their luck and venturing into the fields.

But with fewer farmers left, the empty abandoned farmland no longer keeps the bears away. They can now freely wander into inhabited areas in search of scraps to eat.

Thousands of brown bears roam in Hokkaido’s mountains. While many of their population areas are endangered, the remaining bears are constantly growing bolder.