According to a Texas couple, they are suing Apple, and allege that their 12-year-old son suffered permanent hearing loss after an Amber Alert.

Carlos Gordoa and Ariani Reyes say an alert produced an “ear shattering sound” while their son was wearing AirPods.

The lawsuit was filed last Monday against the tech company. The suit claims that the couple’s son, B.G., who is now 14, was watching Netflix on his phone in May 2020 with his AirPods on at a “low volume” when the Amber Alert went off.

The boy’s ear drum tore and his cochlea was damaged, which is located in the inner ear, and caused “significant injuries” to his hearing due to the sound of the alerts, that are sent without warning, the suit states.

“As a result of the damage to his right ear, B.G. has suffered from bouts of dizziness, vertigo and nausea,” the suit says. “At 12 years old, B.G. suffered sudden and permanent hearing loss in his right ear, other significant and temporary or permanent injuries, pain, suffering and the loss of the pleasures of life.”

The parents says that B.G will have to wear a hearing aid for the rest of his life, and will need consistent clinical attention. 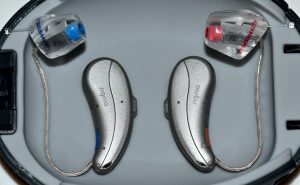 The suit seeks at least $75,000 in damages, saying the AirPods, which were purchased in November 2019, were defective in their design and manufacturing. There are no warnings or instructions on how to change the volume of certain sounds.

There are online complaints within the lawsuit detailing the volume on AirPods, alleging that Apple knew about them.

“When the AirPods are inserted into the ear according to stated fitting instructions, an unreasonably dangerous environment is created in the ear unbeknownst to the user,” the suit says. “Sudden increases in sound volumes associated with notifications or alerts are not properly equalized, limited, controlled, incremented, or reduced, thereby posing and unreasonable or serious risk to the wearer’s hearing and health.”