A Michigan farm prompted a state health advisory warning people to stay away from produce grown on it. The discovery of two 5-gallon buckets of excrement were dumped directly into the fields and therefore, the produce.

A consumer advisory was issued Monday by the Michigan Department of Agriculture and Rural Development (MDARD). It told people not to eat the produce grown at Kuntry Farms, out of Homer Michigan, near Battle Creek and Calhoun County.

The contamination was found during a routine inspection conducted on September 28th at the Michigan farm. The agency states that the untreated human waste came from two buckets, five gallons each, from outhouses on the farm.

“The farmer disclosed to us that the outhouse buckets were dumped directly onto the field where produce was grown,” Director of MDARD communications, Jennifer Holton said.

This violates the Michigan Food Law and other state and federal laws by using  “raw, untreated human waste on the fields where produce was grown for sale to local grocery stores and direct sale.” 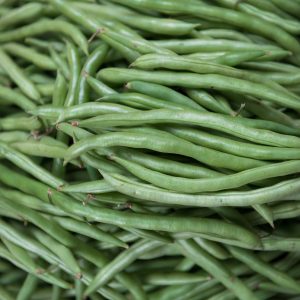 The MDARD ordered a cease and desist and seizure order. Holton added that this is an “open and ongoing investigation and very early on in the process.”

“It’s very sad and disappointed to hear that this happened,” Peyton Richardson, owner of Greener Pastures said. “We wish everyone the best and that things work out and nobody will get sick. I am glad we were able to do something about it. Safety is our main concern. We are just sad that this happened.”

The market also said in its post that it’s disposed of all Kuntry Gardens products. Greener Pastures Market also sold Kuntry Garden eggs, which are not impacted by the recall. However, they will no longer carry the eggs, either.