If you’re a fan of hot sauce, it’s pretty likely you’ve heard of Texas Pete’s Hot Sauce. But did you know that there’s a dark secret about the sauce?

Well, you probably do if you read the headline — or the sauce bottle’s label. Texas Pete’s is not actually made in Texas.

Despite its name, the sauce is a product of Winston-Salem, North Carolina. That revelation took one California shopper by surprise.

So much so, in fact, that he’s sued Texas Pete’s manufacturer.

Philip White of Los Angeles purchased a bottle of Texas Pete’s Hot Sauce in September 2021. He paid the princely sum of $3 for the bottle, and he now rues the day he exchanged even a penny for it.

White has filed a class action lawsuit against T.W. Garner Food Co. In his complaint, he claims the Texas Pete manufacturer is using illegal false advertising to lull consumers into thinking the sauce is a product of the Lone Star State.

This all despite the sauce’s label saying the manufacturing company is from North Carolina. 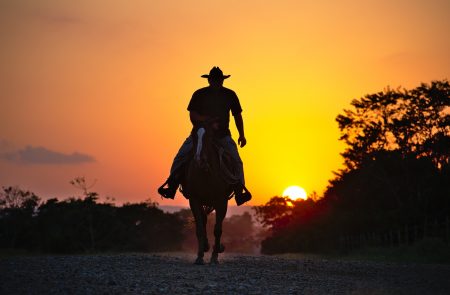 Nothing Texas About It

The complaint, filed by Clarkson Law Firm at the Central District Court of California, states that White feels he was blatantly deceived by Texas Pete’s product labeling. In fact, he goes so far as to say that had he known the sauce wasn’t Texan, he wouldn’t have bought it.

“In making his purchase decision, White relied upon the language and images displayed on the front label of the Product, and at the time of purchase understood the Product to be a Texas product. Had White known the Product was not made in Texas, he would not have purchased the Product, or would have paid significantly less for it,” the complaint reads.

Due to T.W. Garner Food’s marketing, consumers looking for “authentic Texas hot sauce” — White included — are “misled into believing that is what they are getting.” However, according to the complaint, that is not the case.

“There is surprisingly nothing Texas about [Texas Pete’s hot sauces],” the complaint states. Yes, the bold and underlined font is part of the original document.

The lawsuit further claims that the cowboy imagery used on the label further deceives hot sauce lovers. And — as possibly the most egregious affront — the label displays the “famed white ‘lone’ start from the Texan flag.”

You know, there’s a single white star on the North Carolina flag as well.

However, White didn’t file his lawsuit just because he feels slighted by his misunderstanding. The complaint states that it’s concerned about the fate of smaller Texan companies.

“Defendant’s illegal conduct will also continue to harm other law-abiding brands, including smaller companies in Texas who similarly seek to leverage consumer demand for authentic Texas hot sauce, but who play by the rules,” reads the complaint.

The lawsuit claims that new companies are “working hard” to break into the heavily saturated Texas hot sauce market. But T.W. Garner Food is allegedly unfairly stifling its competition by labeling its hot sauce with the name “Texas Pete.”

“Makers of authentic Texas-made hot sauces are losing out on a large portion of the consumer market, because many people purchase the Products, instead of lawful competitor products, due to Defendant’s false and deceptive labeling,” the lawsuit alleges.

The complaint seeks an injunction that would force T.W. Garner Food Co. to change its “false and deceptive” labeling.

Who Is Texas Pete?

We’ll just have to wait and see if the lawsuit is successful. If it is, we may see “North Carolina Pete’s Hot Sauce” on store shelves in the future.

Granted, the sauce bottle’s label doesn’t explicitly feature the phrase “made in North Carolina.” But it doesn’t say “made in Texas” either.

There is a stamp on the back of the bottle, labeling T.W. Garner Food Co. of Winston-Salem, NC, as the product’s manufacturer. So you should definitely know where the sauce makers hail from.

But if you look at the company’s website, the name of the game becomes immediately clear.

After all, its About section begins with the pre-emptive question: “So how is it that a tasty red pepper sauce made in North Carolina happens to be named ‘Texas Pete’ anyway?”

However, Sam Garner, founder of the company, wanted an American name. Texas border Mexico and one of his sons’ nickname was Pete, so… There you go.

This might turn into an interesting hot sauce saga. T.W. Garner Food Co. has until November 10 to respond to the complaint, so we’ll keep our eyes open for the next chapter.