“Breath is the bridge which connects life to consciousness, which unites your body to your thoughts. Whenever your mind becomes scattered, use your breath as the means to take hold of your mind again,” stated Buddhist monk Thich Nhat Hanh. Like many followers of Buddhist philosophy, he often points out the damage that being disconnected from your thoughts and emotions can cause. 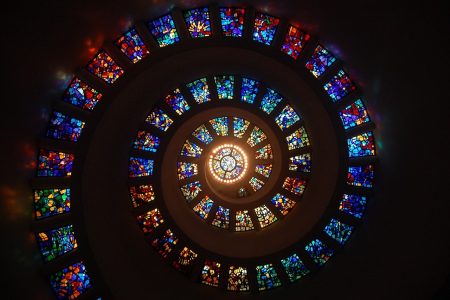 A lack of self-awareness can lead to poor emotional regulation, inadequate conflict resolution skills, and more. Controlling your breath is about much more than being more in tune with your inner world, however. It is also about accessing new realms—including surreal and psychedelic ones—using only your mind as the vehicle.

What Are the Benefits of Altered Consciousness?

Human consciousness is altered to the extent that monitoring and controlling functions (for instance, deliberately one’s attention on something to achieve a personal goal) are modified. This new state can make people more aware of the events that have shaped them, or more adept at transcending the limits of typical voluntary control. In this sense, entering into such a state can enhance human performance. Many people across the globe take part in ayahuasca ceremonies, for instance, to obtain insight and emotional healing, foster personal growth, and even come into contact with spiritual beings. Some people are reluctant to try ayahuasca because people can experience short-term symptoms (such as nausea and digestive issues) that they would rather bypass. What if breathing could provide similar benefits, without the side-effects?

Why is Breath Control so Important?

Breath control is one of the most important skills to master if you have anxiety. Controlled breathing stops panic in its tracks by ensuring you do not take in too many short, rapid breaths and end up hyperventilating (because of the overload of oxygen). If you are interested in psychedelic breathing, it is a good idea to learn how to control breath. There are many schools that both teach and train others to share breathing skills. Embracing psychedelia can help your health in many ways. However, you should also learn a wider array of skills that will help you calm down when anxiety is high, enter into a more positive mood, and embrace mindfulness

The Origins of Psychedelic Breathing

Psychedelic breathing as we know it today has its origins in the work of Stanislav Grof and his wife Christina, who together devised a deep breathing technique that would enable individuals to enter into a psychedelic state. Grof, a Professor of Psychology at John Hopkins University, had has often espoused that psychedelics could revolutionize psychology. However, substances such as LSD are illegal, so breath is an excellent alternative that can be accessed by all. The Grofs’ technique is known as ‘holotropic breathwork’. It involves rapid, heavy breathing until a state of altered consciousness is reached.

Holotropic breathing is far from a ‘hippy technique’ that is used to experience something new or groundbreaking. Currently, it is being studied for its potential to help people with difficult-to-treat conditions like PTSD. Trials have already shown that therapist-led MDMA sessions enabled two-thirds of participants to go from having PTSD to no longer qualifying for this diagnosis. One 2018 study showed that psychedelics increase the number of connections between the brain’s neurons and stimulate additional structural changes. The researchers stated that their findings indicate that specific substances may be able to repair and rewire circuits, which could help reduce the effects of mood and anxiety disorders.

Studies have shown that entering psychedelic realms through substances like ayahuasca and magic mushrooms can benefit mental health. However, not everyone who has this aim is ready or willing to try substances that may have side-effects. Holotropic breathing is an ideal way to experience an altered state of consciousness in a completely natural way.