Everybody loves a good mystery. And as far as mysteries go, it doesn’t get much more mysterious than the infamous Dyatlov Pass Incident.

In 1959, nine hikers in the former Soviet Union died under strange circumstances. The case has spawned a number of conspiracy theories, with the cause of death attributed to animals, secret military experiments, and even aliens or the yeti.

But now, a fresh scientific review of the case evidence appears to have answers to the mystery of Dyatlov Pass. And as fascinating a cause as aliens or secret Soviet experiments would’ve been, the results leave conspiracy nuts disappointed.

According to the researchers, the unfortunate hikers fell victim to an ordinary, old-fashioned avalanche.

“We do not claim to have solved the Dyatlov Pass mystery, as no one survived to tell the story. But we show the plausibility of the avalanche hypothesis for the first time,” the study’s lead author John Gaume, head of the Snow and Avalanche Simulation Laboratory at the Swiss Federal Institute of Technology in Lausanne, told Live Science.

So while there aren’t solid answers – and perhaps there never will be – at least we now have an educated guess of what most likely happened. 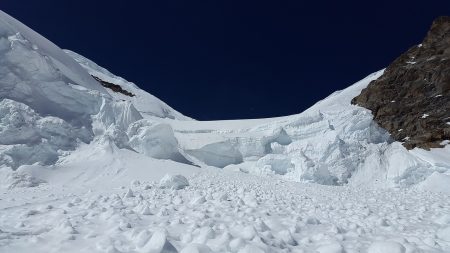 If you’ve never heard of the Dyatlov Pass incident, let’s begin with a little history lesson. As we already mentioned, it all started in January 1959.

Ten people – eight men and two women – set off on a skiing expedition across the northern Ural Mountains. This is the mountain range that separates Russia’s European part from its Asian bulk.

The group took off from the town of Ivdel on January 25. However, only a couple days later on January 28, one member of the expedition had to turn back due to pre-existing health issues.

As it turns out, he was the lucky one. His health problems ended up making him the expedition’s sole survivor.

The others pressed on, and on February 1 they began their climb through the Dyatlov Pass. They had planned to reach the other side of the pass by nightfall and make camp.

They never arrived to the campsite. Toward the end of February, a rescue operation began, and on February 26, the group’s last camp was found – with no one left alive.

The condition the party’s members were found in became the stuff of legend. Despite the abysmally low -20 Fahrenheit temperatures, none of the dead was wearing much clothing.

Some only had shoes or socks on. Investigations revealed that six of the hikers had died of hypothermia, while three succumbed to fatal injuries.

Remnants of radiation had stuck to one victim’s clothing. The investigators soon also found out that the none of the three injured hikers had been killed by human beings.

“The force of the blows had been too strong and no soft tissue had been damaged,” the investigators concluded.

All the strange details about the case fed the aforementioned conspiracy theories. Some people took the radiation as a sign that Soviet nuclear tests had killed the hiking party.

Others thought that the radiation and inhuman strength that killed some of the party indicated an alien attack. The state of undress that the corpses were in was taken by still others as a sign that some unearthly phenomenon had driven the hikers completely insane.

Earlier, Russian federal investigators had proposed that a fatal avalanche put an end to the hikers’ journey. However, there’s evidence that seems to suggest this couldn’t have been the case.

First of all, the rescuers that found the party saw no sign of any avalanches in the area. The camp was also on such a slight slope that a powerful avalanche likely couldn’t have formed there.

Furthermore, the hikers’ bodily injuries didn’t match those sustained in an avalanche. Finally, according to investigators, the hikers fled their tents undressed hours after they had pitched them – usually avalanches get moving when a camp is set up.

However, Gaume’s new study appears to disprove most of the arguments against an avalanche. He said that while the slope the hikers camped on was slight, there could have still been an avalanche. Nature doesn’t really stick to hard rules, after all.

He added that snowfall during the weeks that the party was missing could’ve altered the shape of the terrain and made the slope seem less steep than it actually was.

Strong winds piling up more and more snow onto the slopes above the camp could explain the strange hour that the avalanche struck. Everything was fine when the party set up their camp, but as the weather worsened, the masses on snow started moving.

Finally, Gaume states that those masses of snow could’ve easily caused the hiker’s unusual injuries. Since the hikers were likely asleep when the avalanche came, they would’ve been lying flat on the ground and had heavy snow fall directly on top of them.

“Dynamic avalanche simulations suggest that even a relatively small slab of snow could have led to severe but non-lethal thorax and skull injuries, as reported by the post-mortem examination,” the study reads.

That would also explain the hikers’ lack of clothing. They wouldn’t have had time to get dressed. Not getting buried alive in snow was probably their primary concern.

Gaume admits that the avalanche explanation is probably not the most thrilling one. But he says that it highlights the human aspect of the disaster as the hikers dug their injured comrades out from the snow.

“When they decided to go to the forest, they took care of their injured friends — no one was left behind. I think it is a great story of courage and friendship in the face of a brutal force of nature,” Gaume concluded.