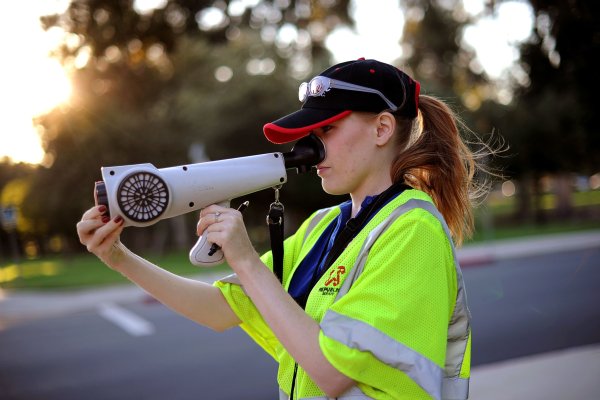 People come up with crazy things to spend money on, like Paltrow’s webpage Goop, but this is a new one…

According to Bessemer, Michigan’s city council, the most common complaint from residents is the odor of marijuana. Michigan state legalized recreational marijuana in December 2018, however, there are restrictions on how many plants individuals can grow on their private property. To help the police find the marijuana plants, Bessemer has decided to spend approximately $3,400 on devices and training for police.

Linda Nelson is a council member in Bessmer. “You can smell marijuana everywhere. We’ve got people who can’t sit in their backyard because the smell from their neighbor is so bad. The city of Bessmer stinks,” she said.

The Nasal Ranger is a field olfactometer made by St. Croix Sensory. It was released in 2012. The device blends external air with filtered air from a tank. The user moves a dial on the side of the Nasal Ranger to evaluate the potency of the odor their tracking (in this case, marijuana). Newsweek has a video on the Nasal Ranger – go to 2:18 minutes to see the Nasal Ranger.

Denver Started Using The NR In 2013

According to YourDailyGlobe.com, City Attorney Ray O’Dea has been tasked with writing an ordinance regulating the use of the device. George Beninghuas, the city’s code enforcement officer, is suspected to be the one who will be trained with the NR.

Adam Zak, Mayor of Bessemer, cast the lone dissenting vote against the purchase of the device, according to Your Daily Globe. “It would be a shame to spend money and not have it hold up in court,” he said. Though he did support the device, he wanted the city attorney to research it further and see if it would help Bessemer in legal actions.

MLE has been struggling with the ramifications of marijuana since it was legalized. In November of 2019, Newsweek reported that state police were still receiving calls about marijuana smoke and odor. However, they lacked jurisdiction to investigate them unless they suspect that is was being consumed by underaged users. While it is legal to grow marijuana in Michigan, the state’s statute mandates that the plants can’t be visible to the naked eye outside of an enclosed and secure area.

Possession Of More Than A Dozen Plants Carries A $500 Fine

Cannabis plants begin to release a noticeable odor at a few weeks old. When they begin to flower and produce buds, the smell becomes much stronger, and as the plant increases in quantity, the odor multiplies. In Michigan, if the crop count is over a dozen, you receive a $500 fine, but if it’s over 24, you can receive 7 years in prison and a $500,000 fine.