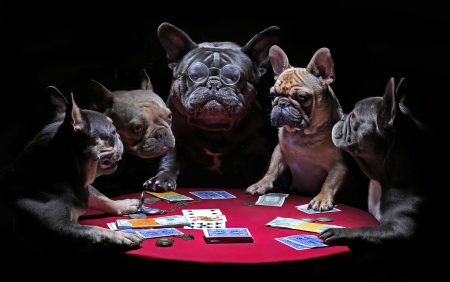 Everyone loves a good story, whether it’s one of woe, amusement, amazement or craziness: which all of these strange casino stories cover. If you’ve ever been on a casino floor, you’ll see that it’s pretty exciting when someone wins big on a table or sets off a super loud jackpot clanging sound on the slots. Sometimes you’ll even see someone being escorted off the premises, either from over drinking or perhaps someone who is banned from the casino.

But sometimes there are some very strange casino stories that pop up, too. We’ve dug up four curly tales from the vault that you can tell your friends about – and watch their eyes widen!

The Woman Who Robbed a Casino and Handed Herself in… 10 (!) Years Later

It was 1993, another day on the Las Vegas strip, except today would be the day that the Circus Circus casino would be robbed of over $2.5 million in cash.

The robbers escaped with the funds: Heather Tallchief, an armored vehicle driver with a fake US passport and various state identification cards; and her beau, Roberto Solis, apparently the mastermind behind the scheme.

The duo fled to Amsterdam, then Heather gave birth to their son. Shortly after, the two separated.

The surprise in this story comes as Heather handed herself in 10 years after the robbery was committed; saying she wanted a better way forward for her son. Solis, an ex-con, remains at large to this day.

Thought it was impossible to win on the slots machines over time? Well that isn’t exactly the case, if you have a jackpot going on a machine or number of given machines. Since the jackpot has to go off at some point, as long as you keep playing, then eventually you will win.

The problem with this strategy is that no one can play slots games for days’ straight at a time (although we have heard plenty of adult diaper stories). However, in a syndicate, with a number of different players, one player can take over from another in a syndicate until one of them wins.

Even though this is a highly illegal practice, it seems to have worked (at least in the past), with the Wu syndicate operating out of Sky City Casino and winning big. Recruits were apparently paid a weekly wage and given housing, with wins and prizes going to the top dog in the organization.

The Bankrupt Man Who Won the Jackpot Twice (!)

In the early 2000s, after going into early retirement, Joe Palmarchuk and his wife fell on hard times, eventually declaring bankruptcy. While it was tough times for the couple, a phone call in 2011 informed Joe that he’d won $1 million in the Tennessee lottery. While he had to borrow money from his daughter to go and collect the prize, it was just one stroke of luck for Joe.

Then, just two years later, Joe struck it rich again, winning $1.35 million in the Michigan Lottery. Joe says that playing several times a week is the keep to his success and is waiting for his third million-dollar win. They do say that good luck (or is that bad luck?) comes in threes!

Don’t Get Your Friend to Press the Button for Luck…

How’s this for a tale? Friends Jan Flato and Marino Navarro were hitting up the Seminole Hard Rock Hotel & Casino in Fort Lauderdale in 2017 looking for a chance to get lucky on the slots machines.

Jan was playing the machine and put down $50 hoping to win the $100,000 jackpot. When it came time to spin, he asked Marino to give the button a press for good luck. Miracle of miracles, the lights flashed as the machine hit the jackpot. (Bonus: check out some other crazy wins on the slots here).

However, as security came down to review the win, Jan discovered the rules of the house were that whoever presses the button is the winner of the game – in this case, Marina, who he’d just asked to push the button for luck.

Rather than splitting the winnings somehow like good friends, Marina high-tailed it out of there with her winnings, leaving Jan empty-handed. Ouch!