The year 2020 has already ended, to the relief of many. Yet, despite all the challenges we faced this past year, some people just could not leave well enough along. Despite Covid-19, a stressful election season, and economic uncertainty, people still managed to do incredibly stupid things. The list below features glaring stupidity of some of 2020’s dumbest criminals.

A woman from Dayton Ohio, Jessica Boomer was arrested for assaulting an 85-year old man. She tried to escape by climbing up into the ceiling while being surrounded by a several police officers-all inside the prison waiting room!

Did she really think she stood a chance of getting away? 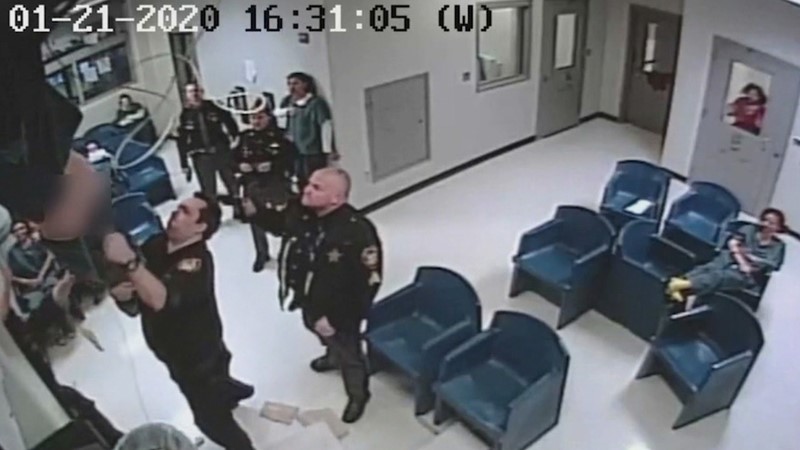 A couple was caught having sex outside a hospital amid the virus outbreak. They were charged with trespassing and exposing their genitals in public. The woman, Ann Marie Tucker, wasn’t concerned about exposing her body. She was, however, concerned about Covid-19 (or exposing her face?). She tried to wear a surgical mask in her mugshot. 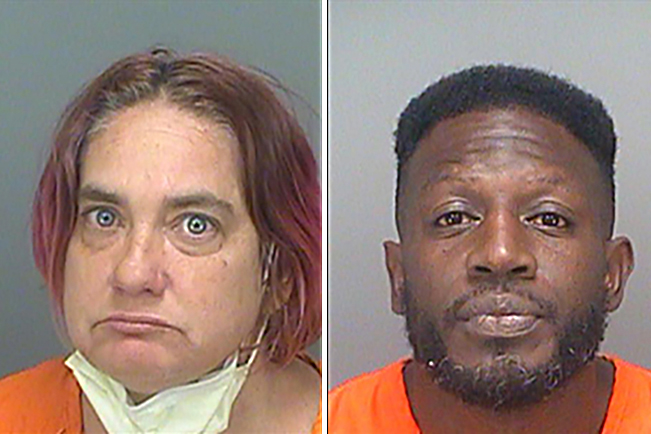 These guys were dubbed as the “Florida’s dumbest criminals of the week” some time in 2020. These partners in crime appear to have no regard for exposing their identities. On a few burglary sprees these two have left behind shoes, tools, and clear images of themselves on security cameras. One of them actually left his wallet at the scene of the crime with his ID and all. Criminals this dumb are a dream for the police-makes their job so easy! 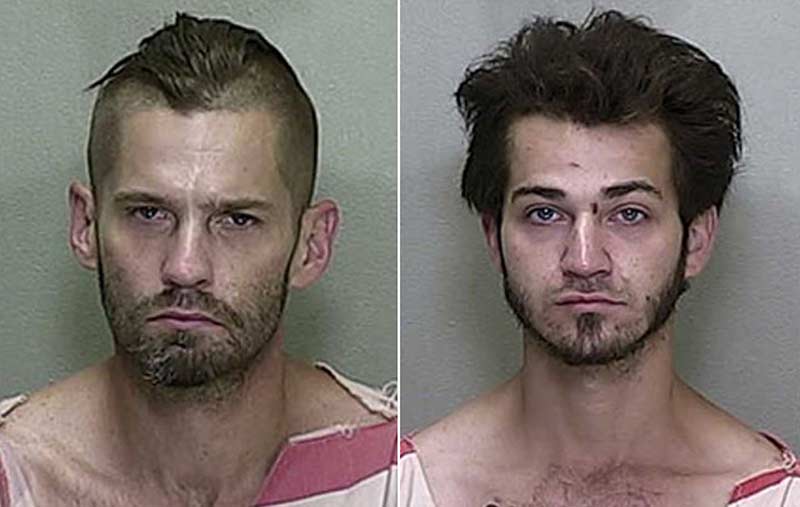 Committing a crime is already dumb. Two criminals who robbed a Kohl’s in 2020, however, took dumb to a whole new level when their getaway died in the parking lot. The police arrived on the scene to find them trying to get a “jump” from someone.

The police found the car full of stolen merchandise and counterfeit money in their pockets. Even dumber? The car was stolen! 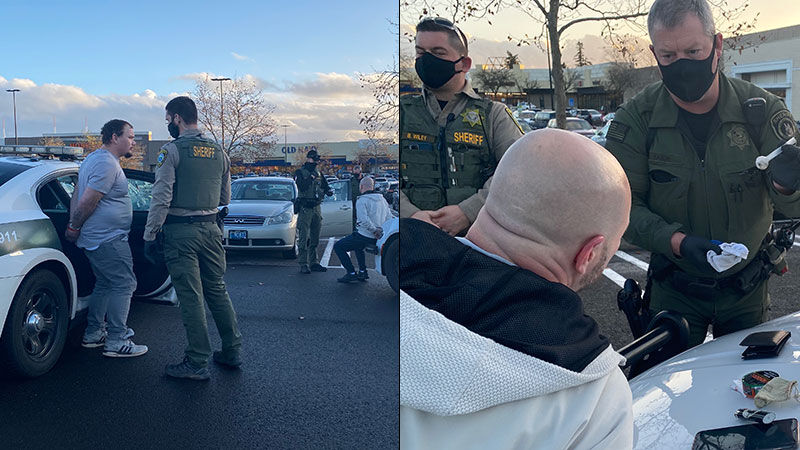 The police posted something on Facebook about the winning lottery ticket, congratulating the fleeing winner on the $100 prize, and inviting him to come to the station to collect the ticket.

How dumb would a fugitive criminal have to be to take the police up on this offer? Very. And yes, this guy did it. He showed up at the police station, claimed the winning ticket, and was arrested at the same time! 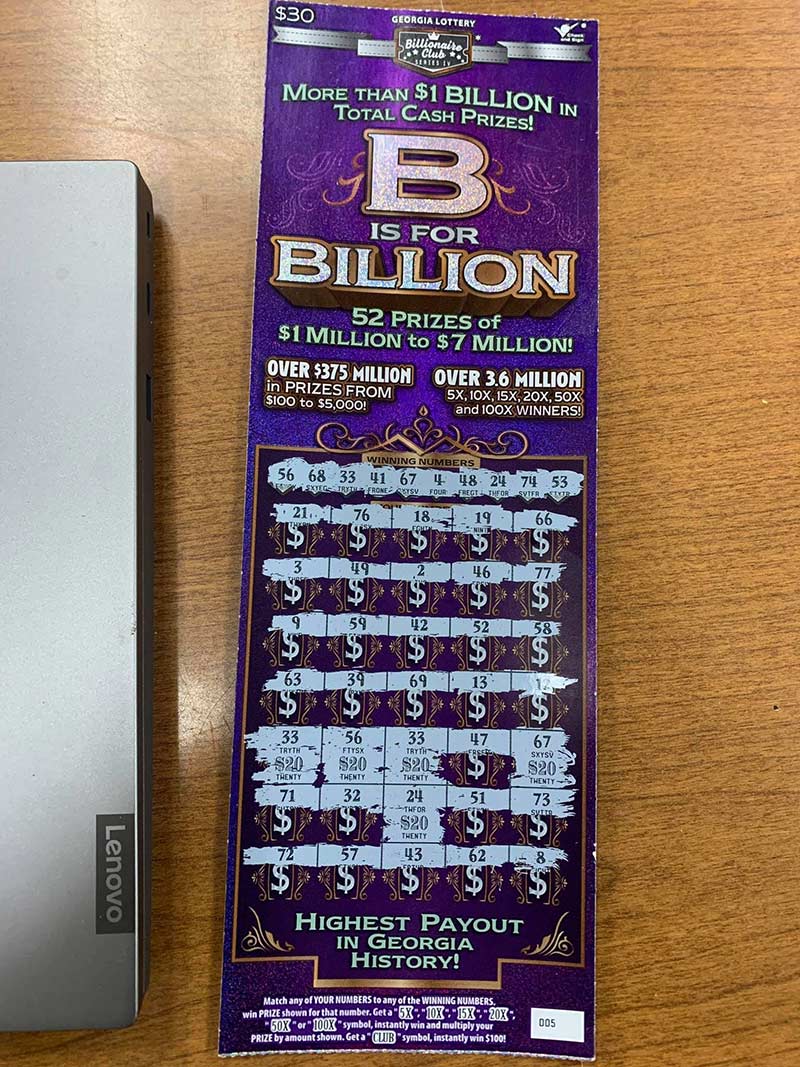 Herbert McClellan, a 27-year old man from Florida was arrested after having stolen a dozen scratch-off lottery tickets at a local speedway.

When he won $30 from one of the tickets he took it to the exact same establishment to claim his winnings. Since this is an article about dumb criminals, not dumb employees, you can guess what happened next. The employees identified him right away as the thief, leading to his swift arrest. 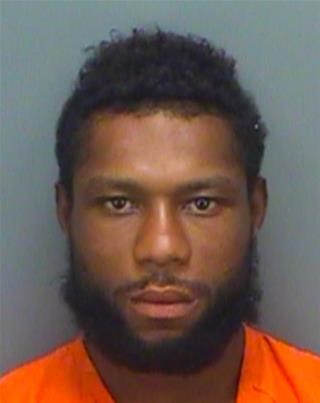 A Long Island man, Robert Berger, tried to avoid additional prison time and criminal charges by trying to convince a judge and his lawyer that he killed himself.

He almost got away with it, too. He presented a decent forgery of a New Jersey Certificate of Death.

Not knowing how to spell blew this scheme out of the water. Berger’s death certificate was certified by the REGSITRY office instead of REGISTRY office! Spell check anyone? 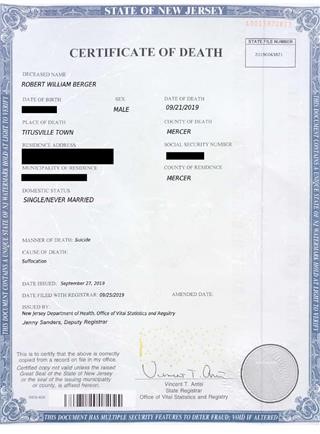 A 29-year old thief in Germany, stole $5.65 worth of goods from a store but left some damaging evidence behind…his son! The suspect fled when the store alarm blared, leaving his 8-year-old at the scene of the crime. The police arrived and the criminal was quickly identified by his child and apprehended (not before falling and ending up in the hospital with injuries.) 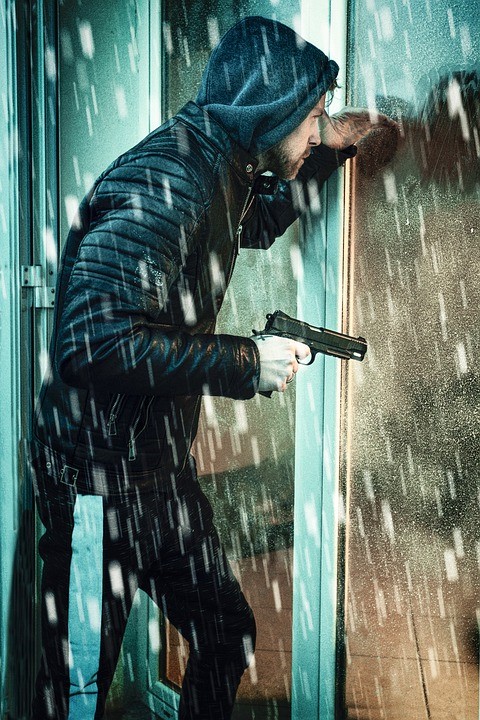 A pair of criminals in Florida were pulled over for speeding. During the stop the police determined one of them was the subject of an outstanding felony warrant.
When K-9 backup arrived and indicated there were drugs in the car, the police acted quickly to look. They didn’t have to look too hard-there was something labeled “Bag Full of Drugs.” The Bag Full of Drugs contained (drumroll please) Drugs. Lots of them-GHB, Fentanyl, MDMA, cocaine and meth.

Smarter criminals would have used a container that said “BAG WITH NO DRUGS.” 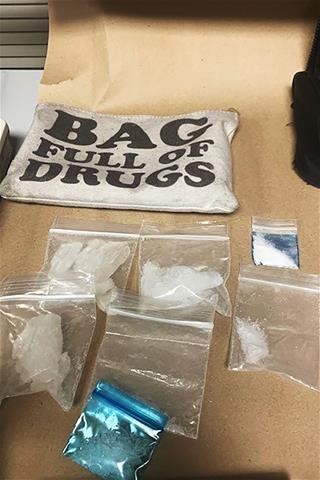 A woman trying to flee the scene after attempting to dash and dine from a restaurant, was literally “caught” by the police after she fell through the ceiling, landing on top of them. She probably would have had better luck just running past them out the door! 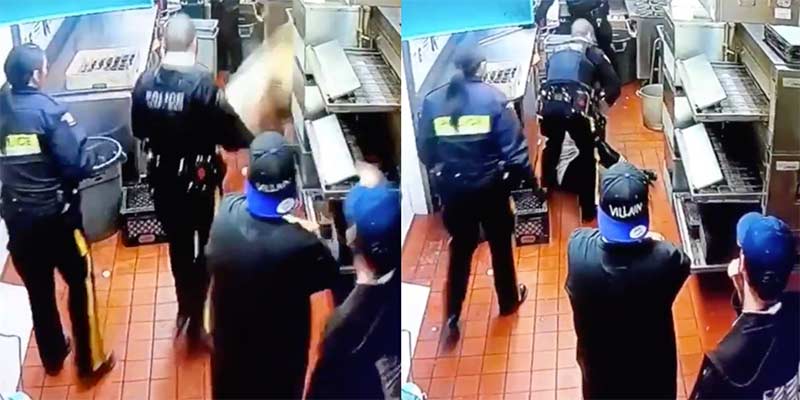 This one is almost too funny to believe. A would-be criminal tried to break into a gun store by throwing a brick at the window.

The brick ricocheted instead, hitting him in the groin, and knocking him unconscious from the pain. 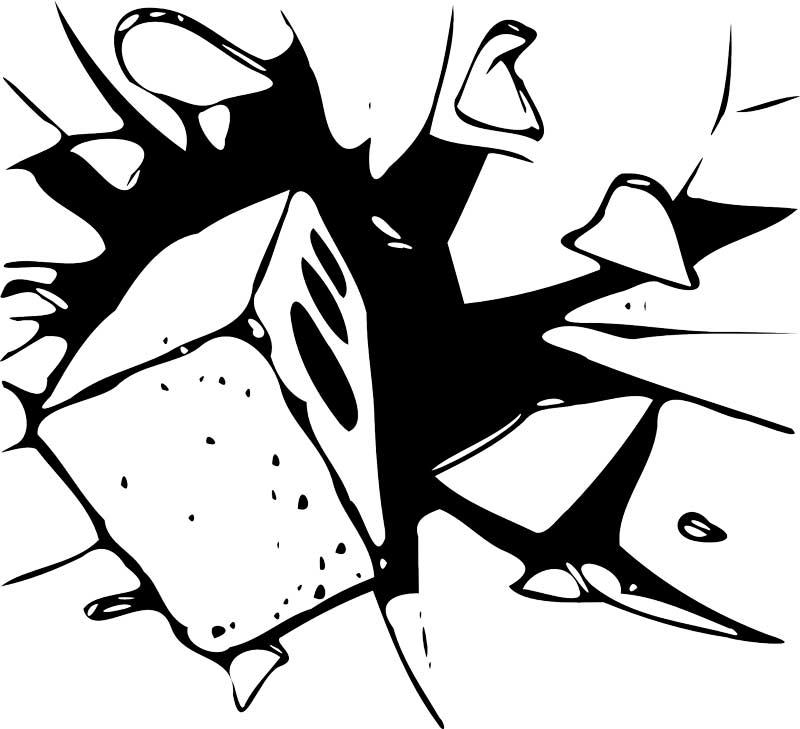 In California, a man broke in a pizza store to steal some cash from the register. He must have been hungry because he took some time to make himself a pizza before leaving.

He was obviously not thinking about the cameras that were capturing his face while delighting in his pizza-making. He was identified and arrested almost immediately. Hope someone got to enjoy the pizza. 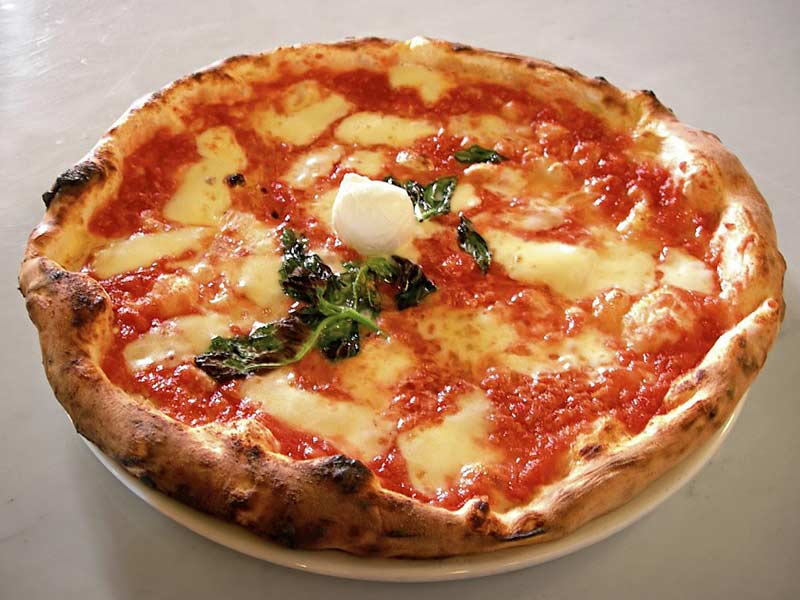 A suspect in Minnesota was speeding along the highway when State Troopers tried to get his attention. Apparently, this not-so-bright criminal though the police wanted to race him since he was driving a cool car. What?! The suspect was eventually caught and charged with several crimes, including reckless driving and resisting arrest. 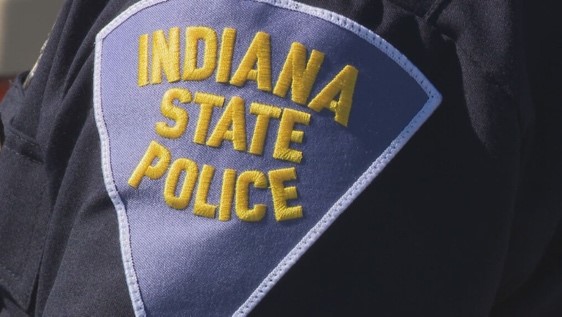 David Pangallo, a 34-year old from Colorado was arrested when he made an unexpected deposit at the bank. Pangallo was depositing some cash at the drive through when he allegedly placed two bags of cocaine in the tube along with his money before sending it through to the teller, Oops! The police found more cocaine in Pangallo’s car during his arrest. We will see if “it was an accidental cocaine deposit” is a valid defense to this crime. 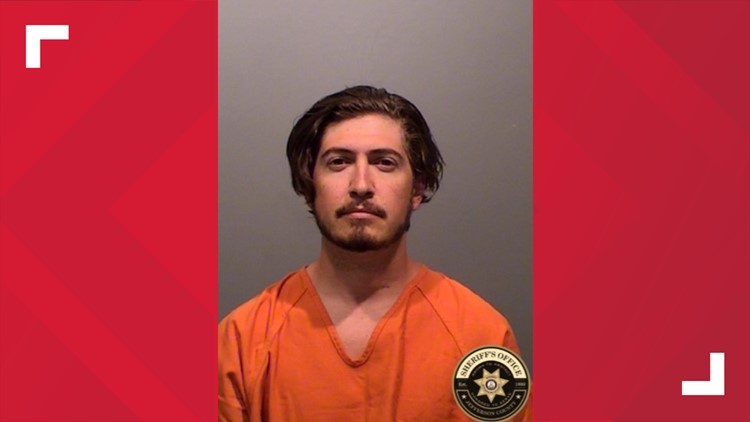 Mario Gatti was wanted for allegedly committing a murder in Pennsylvania and was a fugitive. He fled down to Florida.

When Jacksonville, FL beaches reopened after the Covid-19 lockdown, Gatti could not stay in hiding any longer. Police arrested him while he was enjoying a leisurely stroll by the ocean. The police on patrol recognized him and promptly took him into custody. At least this dummy got to enjoy what might be his last day of freedom for a while.

In a stupid move ( but one that that may have saved some lives) a drunk man called the police to complain about a friend of his. The friend was laying on top of his car preventing him from driving home. Of course, the friend was simply trying to prevent him from driving drunk. When the police arrived, they detained the potential drunk driver, thanking the friend for preventing him from getting behind the wheel. 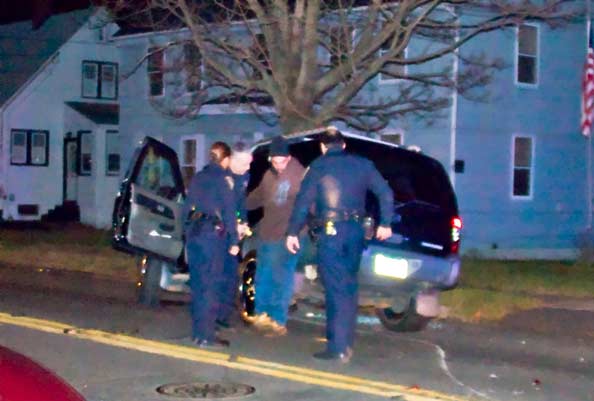 This 19-year old might have gotten away with his crime when he decided to rob a California bank. The man handed the teller a note, claimed he had a weapon, and demanded money. While he waited for the money, the bank robber allegedly waited patiently in the bank lobby, consuming alcoholic beverages. This gave the employees plenty of time to call the police and have him busted. This criminal may have remained a bit too calm for his own good. 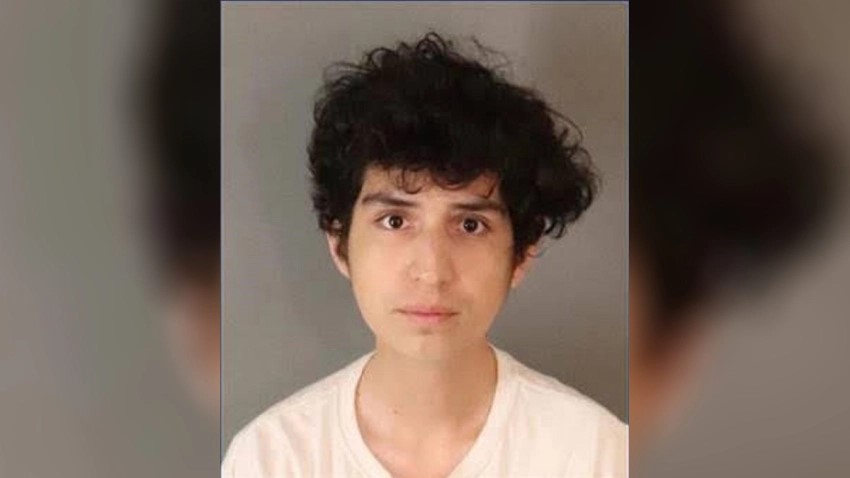 A man from West Virginia was fleeing from police after a domestic altercation. He jumped in his car, drove it into a river, and managed to exit the vehicle without drowning.

What next? He thought he could get away by floating down river on a log. Like in a Disney movie. Of course, the police caught up with him quickly (because this is real life) and arrested him. 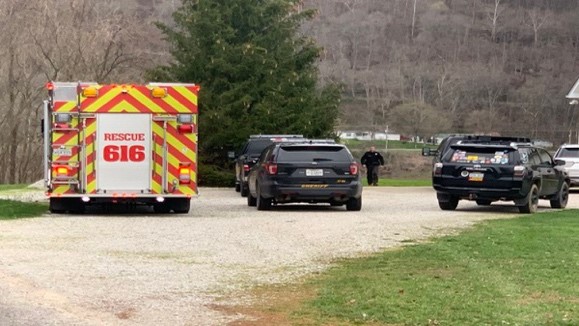 One drug dealer did not let Covid-19 shut down his business. He was busy on the streets selling drugs when the police got ahold of him and arrested him. He
was charged with drug trafficking and related crimes.

He was also issued a ticket for operating a non-essential business during covid-19! The suspect tried to argue that his business was indeed essential, especially during covid-19 but got the ticket anyway. Good try! 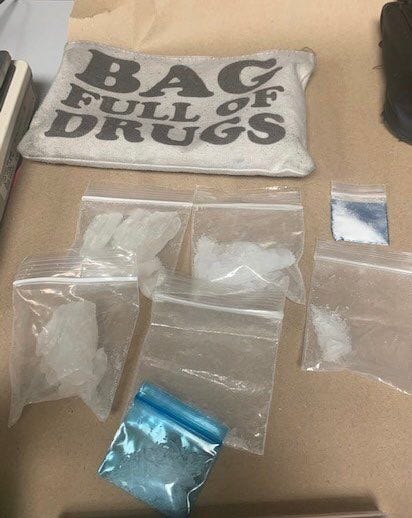 In Boone County Ohio, police were looking for several men accused of stealing cars, credit cards and money, making purchases at the local mall. One of the suspects Jermaine Brown made it easy when he made a purchase at Footlocker. He used a stolen credit card but insisted on using his rewards card to get points for the purchase! Just couldn’t let those points go. I wonder if they can use points at the jail commissary? 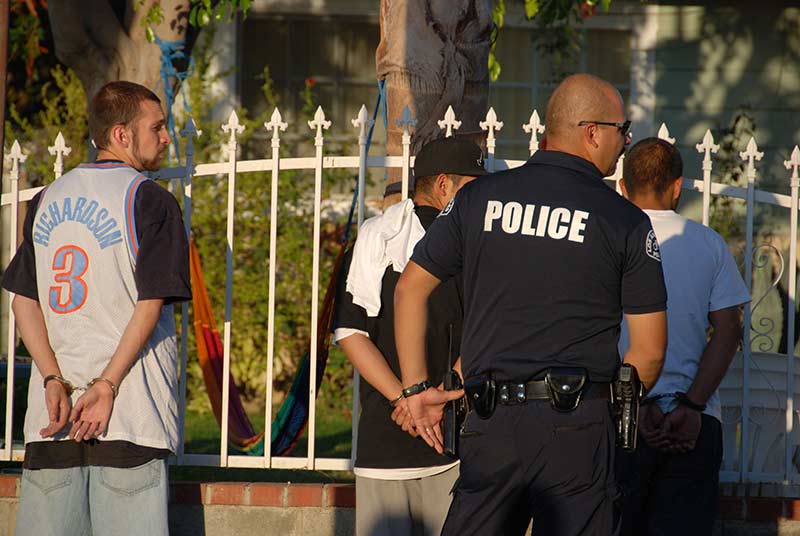