Let’s face it, nobody likes cockroaches. Well, except the people who keep them as pets. But most of us find the skittering little horrors absolutely disgusting.

Just like with everything, though, a distaste for roaches can go too far. Take for example this Indian man who is seeking divorce due to her wife’s borderline insane cockroach phobia.

No, the man isn’t some kind of a cockroach fanatic who won’t stomach any differing opinions. He’s simply tired of moving houses.

We’re not talking about moving once of twice, either. The couple from Bhopal, in the state of Madya Pradesh, has moved houses 18 times in the past three years.

As revolting as cockroaches are, even we have to admit that this is going a bit too far. 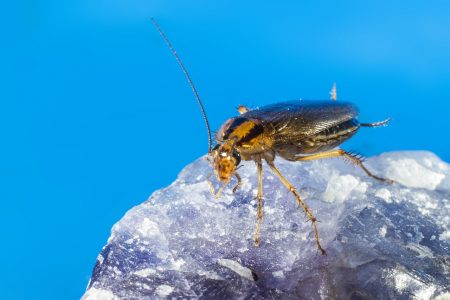 Get out! Get out now!

The couple got married in 2017. Before they eloped, the software engineer was blissfully unaware of his bride’s crippling fear of roaches, the man claims.

The newlyweds’ marital bliss didn’t last long. One day after the wedding, the wife entered their home’s kitchen and let out such a bloodcurdling scream that it alerted not only every single family member, but some neighbors as well.

She came out of the kitchen screeching for help, pointing at the hellspawn she had just noticed. In the kitchen, a single cockroach crawled along, probably minding its own business.

Most people would’ve probably been grossed out and killed the bug, maybe with a follow-up call to an exterminator. But that wasn’t enough for the woman.

She refused to enter the kitchen ever again. The only solution that would placate her, she said, was to move to a different house.

Unfortunately for them, the hot and humid climate in Madhya Pradesh makes for a veritable cockroach paradise. As such, it didn’t take too long for another bug to make its way into their new home.

The wife demanded they move to another house. Reluctantly, the husband caved, and they went to a new home.

After the move number 18, the husband put his foot down. He wanted to settle, and he was probably – and understandably – slightly concerned for his wife’s mental wellbeing at this point.

The man claims that he started taking his wife to see several different psychiatrists. They even went to the All India Institutes of Medical Sciences (AIIMS), one of the most respected medical institutes in all of India.

Doctors prescribed medications to the woman, but she refused to take any of them. In her mind, there was nothing wrong with her – cockroaches are filth incarnate, after all, so it was only natural to fear them.

She says that she’s done her best to get over her phobia, but her husband just doesn’t understand her feelings. She even claims that her husband is trying get her declared mentally ill for some nefarious purpose.

As a last-ditch effort, the couple went to the BHAI Welfare society, an Indian organization that supports men experiencing domestic violence or “trapped in a fake dowry.” But even Zaki Ahmed, the organization’s founder, was unable to help them.

Tired of arguing and fighting, the man couldn’t take it anymore. He has hired a lawyer and his application for divorce is pending.

Are They Really So Gross? Yes they are.

Whether you side with the wife or the husband in this story, we can probably all agree on one thing. Cockroaches elicit a uniquely strong revulsion in people.

But why is that? In the end, they are just bugs, and most of us don’t have such an extreme reaction to other insects.

Well, they do live in filth-encrusted places and feed on garbage. But according to Jeffrey Lockwood, a professor of ecology at the University of Wyoming, our response to roaches isn’t proportional to the health hazard they pose.

In fact, he says that it’s completely irrational how much roaches disgust us. Lockwood claims that roach phobia – or katsaridaphobia if you want to sound smart – is not natural but a result of upbringing.

However, he concedes that there are some things about cockroaches that bring out an instinctive feeling of disgust.

“Cockroaches are oily and greasy, which is a real signal for disgust. Also, if you step on one, there’s the crunch – which is disgusting in its own right – and that’s accompanied by a whiff of dirty urinal,” he says.

Cockroaches are among the fastest land animals on the planet. An adult American cockroach can take off at 3.5 miles per hour – equal to a grown person running at 200 mph.

Our monkey brain finds a roach’s speed unnaturally fast compared to its size, and it creeps us out. Add to that cockroaches’ habit of lurking in dark corners, and you have the perfect nightmare creature.

Now, you’ll have to excuse us for ending the story here. We’re already feeling enough imaginary bugs crawling under our skin.