Bad boys, bad boys, what’cha gonna do when they come for you? Law enforcement exists for one reason – to solve crimes and bring the perpetrators to justice.

That’s how it should be, but unfortunately it’s not always the case. Some crooks are so devious, their plans so meticulously crafted, that the cops are never able to apprehend them.

It’s either that, or stars just align in a way that a misdeed slips through the cracks and never gets solved. Take for example a college student who in 1980 got away Scot-free for a very public act of thievery. 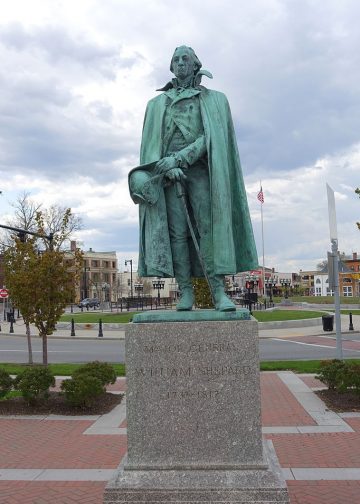 More precisely, he stole a sword off of a statue of a Revolutionary War hero. General William Shepard’s statue, located in Westfield, MA, lost its bronze-cast sword sometime in the beginning of the ‘80s.

In this case, though, the crime went unsolved less because of brilliant criminal planning and more because public indifference. The locals didn’t even notice the sword was missing until well into 1981.

But now, 40 full years later, the case has finally been cracked and the sword returned to its rightful owners. And that’s because the thief turned himself in.

A man from eastern Massachusetts returned the sword to the Westfield Historical Commission (WHC) as a belated Christmas present. WHC chairwoman Cindy P. Gaylord said that the man – to whom she granted anonymity as a courtesy – was greatly troubled by his decades-old stunt.

“He had a great deal of shame and remorse,” Gaylord told MassLive.

The pilfering of the sword, as we said, happened sometime in 1980. But it wasn’t until December 1981 that local newspapers in Westfield documented the theft.

According to Gaylord, the WHC – dedicated to preserving local history – didn’t notice the sword had gone missing for months. They realized it had disappeared only a month before the local media, in November 1981.

The thief, at the time a young college student fresh out of the military, lived on Broad St across from General Shepard’s statue. In his confession to Gaylord, he admitted that he was far from a model student.

“He fully confessed he was not a great student, and he worked in one of the downtown bars,” Gaylord said. Apparently he liked to spend more time at his bar than in a lecture hall.

One night, the sword burglar was heading home from the bar with some of his friends. They’d all had perhaps one drink too many, and as they passed the statue they got an idea for a prank.

Wouldn’t it be funny if they snatched the fancy-looking sword the statue was holding? Well, they sure thought so.

Our unnamed thief climbed up onto the statue’s pedestal and pried the sword off. Gaylord couldn’t help but ask how he accomplished such a feat.

“He said it was just brute strength, telling me: ‘I just yanked the thing off,’” Gaylord recounted.

But it didn’t all quite go to plan. The sword came off with such force that our thief tumbled backwards off the pedestal, almost skewering himself in the process.

“The sword pierced his shirt near his stomach and stabbed into the ground. His buddies had to pull him up,” said Gaylord.

The next morning shed light onto not only the now sword-less statue, but also onto the stupidity of the young men’s stunt. The thief told Gaylord that as he realized what he’d done, he wasn’t quite sure how he should proceed.

He decided to do what seemed like the be course of action to him at the time – nothing. A year later, our thief dropped out of college and the sword went with him to his parents’ home. 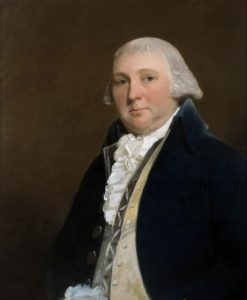 His parents, said Gaylord, never asked about where the sword came from.

“He told me: ‘They knew me, and they knew not to ask.’ So the sword hung over the family’s front door for years,” she said.

Some time ago, the man and his sister were going through the family’s belongings. That’s when he once again came face to face with his misdeeds from decades ago.

Only this time, the shame of what he’d done was too much to bear.

“He told me: ‘I was so filled with remorse and shame. Here I am, a decorated veteran, and I’ve done this to another veteran,’” Gaylord recounted their conversation.

To try and make things right, the man called the WHC. That’s when Gaylord originally came into contact with him.

“His message was very cryptic. He said he was in possession of something that belonged to Westfield and he wanted to return it,” Gaylord told MassLive.

The man wanted to meet in person to make amends. Gaylord’s curiosity peaked, and so she agreed to meet him.

“After the fourth or fifth call, I could tell he wanted to do the right thing. I assured him there would be no names used and no questions asked, that I’d be thrilled to hear the story,” Gaylord said.

And so, the two met up at Gaylord’s driveway. Masked and socially distanced, the man poured his heart out confessing to his crime.

“He obviously felt he needed to be reprimanded for what he had done all those years ago. I told him: ‘You are man enough to do the right thing,’” said Gaylord.

And so, the man returned the sword to the WHC. Although the statue had already received a new sword years ago, Gaylord said it was good to have the original back.

As to the man, although he was allowed to remain nameless, wanted his story published as a warning to others.

“He wants the story printed to remind people that something you do in your youth could haunt you for the rest of your life,” Gaylord said.

And here we are, with a lesson learned. Seriously, don’t go drunkenly stealing swords from deceased war heroes.

You might end up regretting it 40 years down the line.