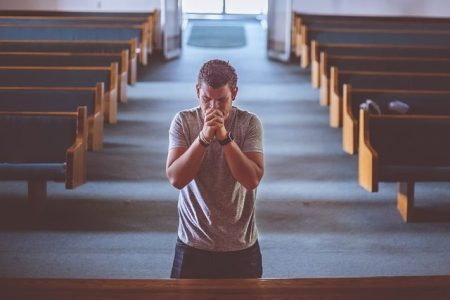 The Indian Constitution guarantees freedom of religion, but some people take it too far. Even to the extent of worshiping Trump…

Before Donald Trump became a leader of a free world, Bussa Krishna felt that he was special. For the last three years, the 31-year-old farmer for Hyderabad, India, has been carrying around Trump’s image and praying to him several times a day. He set up a Facebook page to post pictures of Trump, in order to aid his devotion. He has a puja, or shrine, in the village of Konney, Telangana to make offerings to him. Krishna was first inspired by Trump’s ‘Make America Great’ election campaign.

His Criticism And Advice From Family

“My family and village people call me mad. Once they suggested I should visit a psychologist. I told them ‘I don’t require any, maybe you should go’ because the is my god and I’m not bothered about stuff others to say,” Krishna said “I am doing all the pujas to Trump like how we do it for our gods.”

People commented on pictures of the shrine posted on Facebook. One wrote “Many people wonder: Do you worship President Trump like a god or do you celebrate and admire him? Respectfully.”

Another wrote: “I believe you. Keep it up. Continue your work for Trump.” One of Krishna’s neighbors said: “He always says ‘Trump is my God, he is in my heart, I like him very much so I keep worshiping him.’ Every day he does puja for Trump’s photo. He has been doing this for three years.”

What Does He Offer Trump?

Krishna makes offerings of vermilion, turmeric, flowers, and at the end of his prayers, he does ‘aarti’ (a tradition in which the light from candles are offered to the deity) up to the photograph. He is often seen under a tree clutching an image of the 45th US President and meditating.