Authorities say that the Alabama man is behind bars after he tried to pull off a big theft, like a really big theft. That being a 70-ton crane.

Sheriff’s deputies of Chilton County were called earlier this week regarding a theft in progress on County Road 358. When they arrived, they met the owner of the wrecker service who the man who was attempting to steal the crane, called for help. He wanted the owner to pull the crane out of the wooded area, where it was sitting at the time, behind a residence.

He contacted the owner of the company he’d worked with, who said that he had not in fact given the crane to anyone and that the crane wasn’t to be moved.

That’s when the owner of the wrecking company called 911. 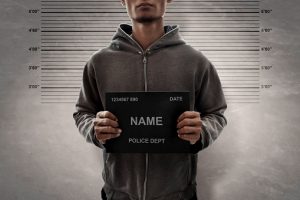 Mims tried to drive the crane away, but ran it into a ditch and couldn’t get it out. Before deputies from the sheriff’s office could make it to the scene, Mims fled. Investigators were able to identify him though and took him into custody the next day.

Mims was arrested on both an outstanding probation violation order and first degree theft of property.

“We appreciate the concern by the local wrecker service in calling and reporting the incident,” the Sheriff’s Office said in a statement. “We have worked a lot of theft cases over the years, but this one definitely takes first place in the heavyweight category.”

What a thing to try and steal? Seesh.