Anime series are created to cater to every taste, from the super cutesy kiddy series like Yo-Kai Watch to the extremely intelligent and adult series like Ghost In The Shell, but the anime series on this list defy categorization. That's because they're so mind-blowingly bizarre it's hard to categorize or label them, and some of them have such strange stories they're truly hard to describe! 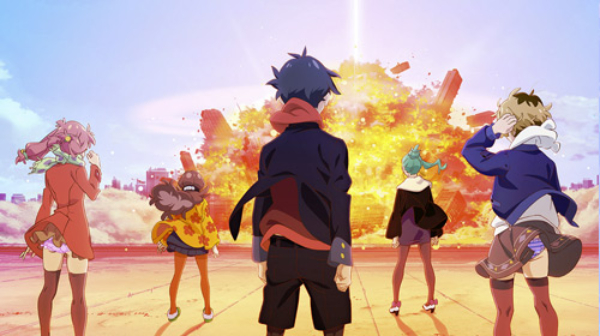 Yuta is a young man living in an apartment complex with four girls, which seems like a dream come true until his spirit is ejected from his body during a busjacking incident. Now Yuta, with a little help from the cat spirit Chiranosuke, must find the Sacred Tome of Koraikan so he can return to his body, all while protecting his roommates from harm. But there's one problem- if Yuta sees a girl's panties twice in a row the Earth will be destroyed by a meteor. 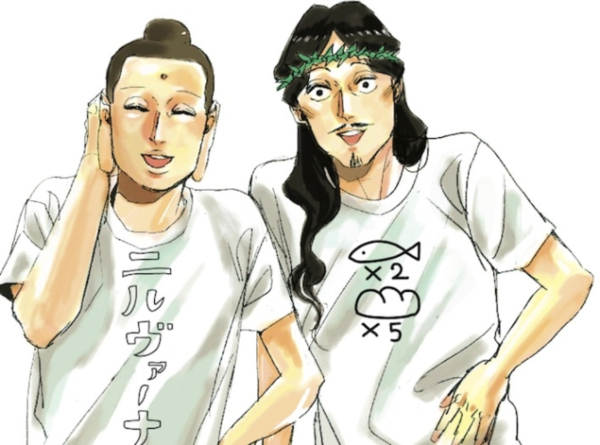 If you think the stars of your favorite series are the most powerful beings in the anime-verse think again- because Saint Young Men stars Jesus Christ and Gautama Buddha! Jesus and Buddha are roommates living in Tokyo, and while they're trying to hide their true identities they just can't contain their joy for all the wonderful things you can do on Earth, like reading manga, shopping or just sightseeing like blessed tourists. It's a buddy comedy starring two religious icons but doesn't really have anything to do with religion, since Jesus and Buddha are just two gods playing human and paling around like normal guys. 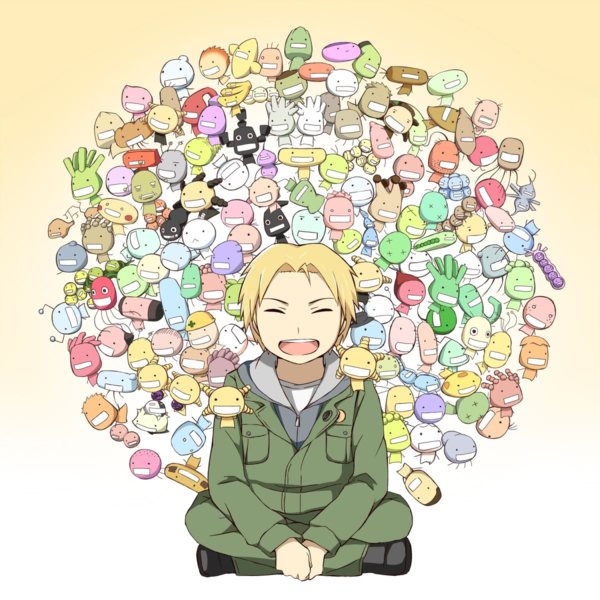 First-year agricultural college student Tadayasu Sawaki has a strange and extraordinary ability- he can communicate with all kinds of bacteria and microorganisms. Tadayasu sees these microorganisms as much larger and cuter than they actually are, and he has a special rapport with the microorganisms used in the fermentation process so he puts his powers to good use making sake! 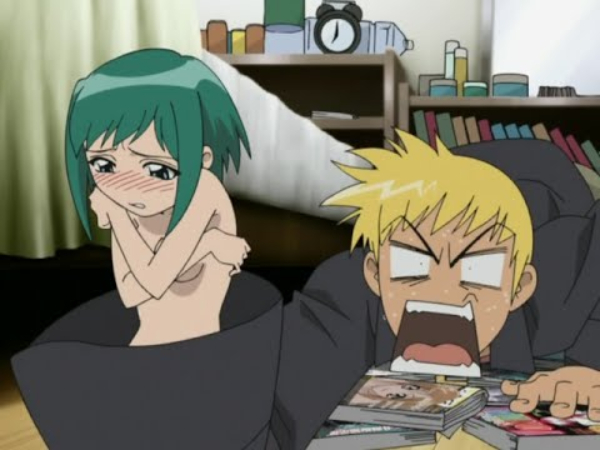 Do you ever feel like your hands have a mind of their own? Seiji Sawamura, star of the series Midori Days, knows that feeling all too well- because he woke up one day to find his right hand had been replaced by the body of a young girl named Midori. Now Seiji has to help Midori figure out how to get back into her own body while maintaining his reputation as the toughest kid in school, and Midori has to figure out how to make Seiji fall in love with her! 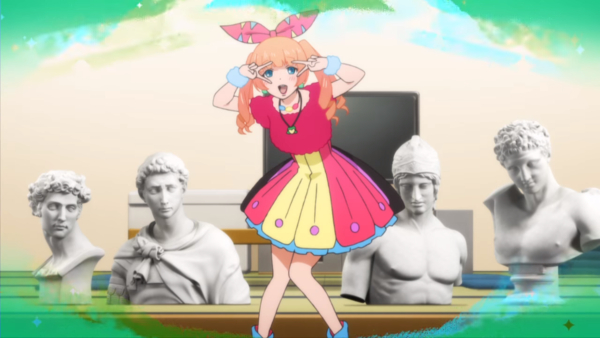 Most idol groups look very similar, with singers of the same age performing for an audience their age or younger, but the idol group featured in Sekkou Boys have a timeless sound that appeals to audiences of all ages- because the guys in the group are Greco-Roman statues of Saint Giorgio, Medici, Hermes and Mars. Can these four ancient statues make it big as an idol group in the modern world? 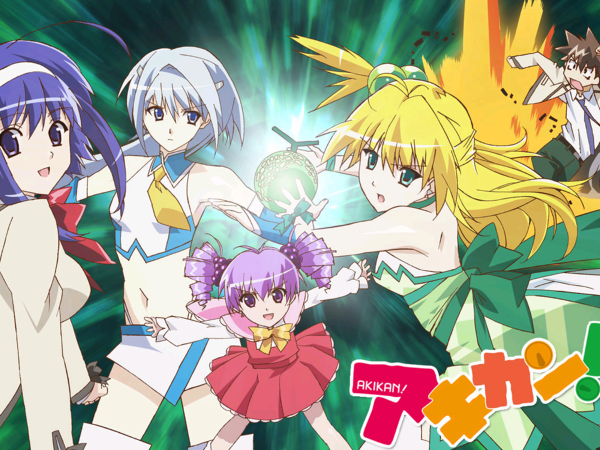 Akikan girls are cool and refreshing to hang out with- because they're actually human versions of soda cans! These cute anthropomorphic soda can girls are also tough, and the "Akikan Elect" forces them to battle it out to see which can type is superior- steel or aluminum. While the "empty can" girls are made of tough stuff they have to refill their carbon dioxide levels to stay alive, and sixteen-year-old virgin Kakeru Daichi is more than happy to help his melon soda Akikan girl stay bubbly, even if the two of them are constantly at odds. 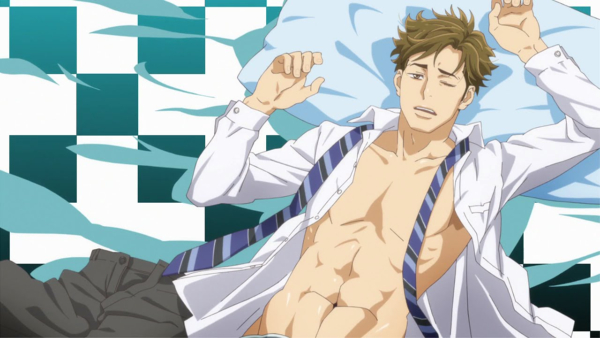 The sexy guys who star in Makura no Danshi are known as "pillow boys", and they were created to keep the viewer company at night, so they won't feel lonely while they sleep. Each pillow boy has his own look and personality, from the mature working man Sousuke Tanaka to the punk with a tender side Eiji Kijinami, so the viewer can choose a character that suits their needs. 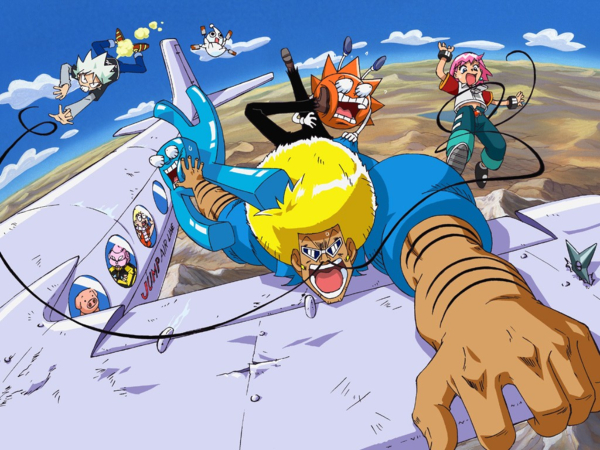 Bobobo-bo Bo-bobo is a badass hero with a golden afro and a nose for battle, and this hair-raising hero stands strong against the evil Maruhage Empire and its tyrannical ruler Tsuru Tsurulina, also known as Baldy Bald the 4th. Tsuru is not a fan of hair, so he goes around with his Hair Hunt troop taking the hair right off of people's heads and leaving their villages in ruins. Bo-bobo loves hair, and he has been able to hear the voices of hair since he was a kid, so this golden-maned manly man has sworn to protect the hair of the realm at all costs. Luckily, Bo-Bobo is a true master of the Fist of the Nose Hair, he's friends with an army of bears, and he has a bunch of funky friends living inside his body who are ready and willing to help him fight for hirsute rights! 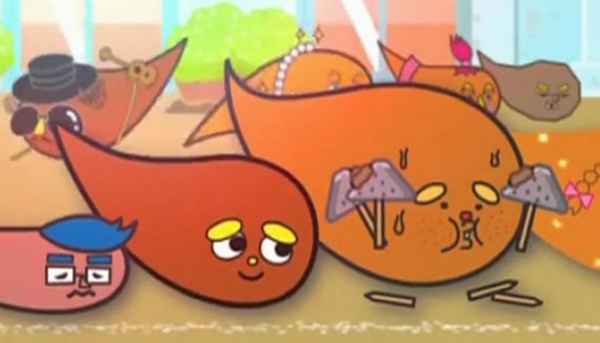 There are some crappy anime series out there, but only one actually stars a piece of poop- Unko-San, the story of the poop fairy. Unko-San is a cute little brown poop fairy who lives in the bowels of an island and is said to "bestow good luck upon others less fortunate", using his poopy powers to wipe away unlucky streaks and smear fortune on his friends and family. 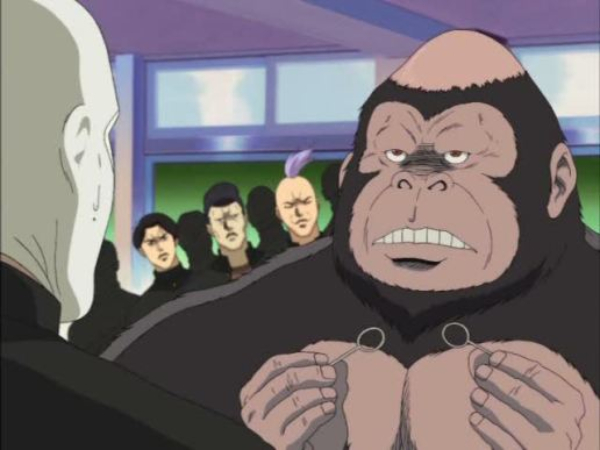 If you thought the kids who went to your high school were a wild and crazy bunch wait until you see the juvenile delinquents who go to Cromartie High School, now that's a wacky bunch of weirdos! You've got the guy who looks just like Freddy Mercury of Queen, the gorilla who's smarter than the average student, the big dummy with the really cool purple mohawk, a pair of comedians in fuzzy animal costumes, and a robot in disguise named Shinichi Mechazawa who most students see as human.