Our world has been built by the minds of great men and women from all over the world. These people dreamt about what most considered to be impossible and succeeded in bringing them to reality. Their sheer will, determination, and genius made life infinitely better for all of us. But amongst geniuses who literally changed the world, there are a few who came to regret creating their inventions.

An idea born in the mind of someone may have the most purest intentions but once it’s out there in the world, people can shape it and distort it to their needs. Sometimes the usage of an invention in a particular way might not have entered the mind of the inventor and what was created for good purposes gets used for bad.

Here are some of the greatest people who came to loathe what they created.

Alfred Nobel’s life history is one that is deeply interesting. Here was a man who was an industrialist, an engineer and an inventor who later came to be synonymous with the word “peace” through his Nobel Award foundation. In 1860, he was looking for ways to blast rock efficiently and he discovered that mixing nitroglycerine with silica would create a volatile paste called dynamite. However, when he saw that people were misusing his creation for maiming and murdering people, he came to regret his own invention. In his will, he stipulated that most of his assets should go towards the creation of a unique fund that would reward people who brought a positive change in our world. To this day, it honors the work of people all over the world who aim to truly make our world a better place. In many ways, though he did not live to realize it, he managed to transform his biggest regret into one of mankind’s greatest triumphs.

2J. Robert Oppenheimer and the heavy burden he had to shoulder 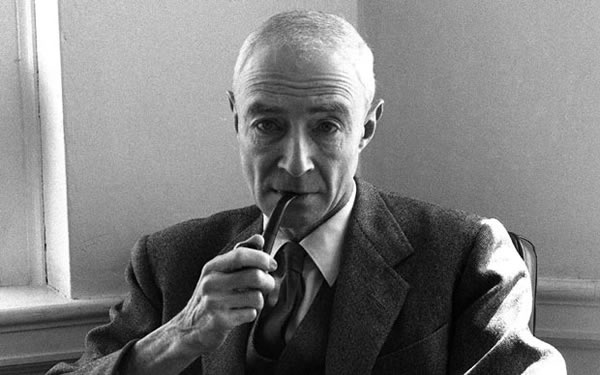 J. Robert Oppenheimer, who is considered to be the father of the atomic bomb, held the position of Director of the Los Alamos Lab during the time of the World War II. Countries were fighting each other, millions of people were dying every day and there was no end in sight. While creating the atomic bomb, everyone on the research team believed that they were creating a safer world for themselves and the citizens of their country. However, after seeing the mass death and destruction of millions of Japanese people, they came to regret making the bomb. Oppenheimer in his last years talked about how the war had made humankind numb and that they had made a grave mistake in ever creating the weapon of mass destruction. The atomic bomb did win the war for America but in the most horrific and cruel way possible.

3Mikhail Kalashnikov – The man who created the fearsome AK47

Mikhail Kalashnikov who created the extremely dangerous AK47 is another one in the long list of people who came to regret their inventions. Mikhail passed away in 2013 and he died knowing that he had created a weapon of mass terror. When he made the rifle, he never thought that it would be the most popular weapon of choice for gang lords, terrorists and dictators all over the world. In his last years, he sent a heartfelt letter to the head of the Russian Orthodox Church asking several questions that weighed in his mind. He wondered if he should be the one to blame for the millions of deaths the weapon had caused over the years? He wondered why God allowed man to have such cruel urges and capacity for greed and aggression.

4Dong Nguyen – The man who made “Flappy Bird” and his regret

It’s time to move on to some lighter content. The world does not need more depressing stories at this time. A few years ago, a game broke out on online markets throwing the world into an addictive frenzy. That game was “Flappy Bird” and the man who made it all possible was Dong Nguyen. In a bizarre twist of fate, he came to loathe his product due to its insane popularity. While others felt validated seeing the world embrace their creations, Nguyen felt the opposite. At its peak, Flappy Bird was generating nearly $50,000 per day which was astronomical for a small independent game developer. But all the attention he started getting started disrupting his life and in the end he chose to go back to his simple life rather than get subjected to the insanity of mankind over a game. 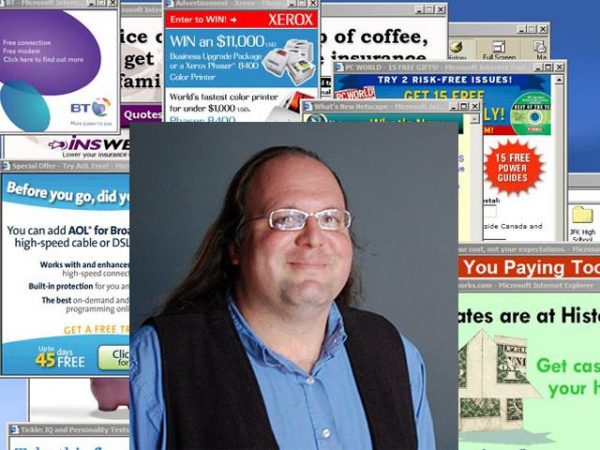 If there is one thing that really annoys the hell out of people, it is the incredibly frustrating pop up. It comes out of nowhere right when you’re in the middle of something important as if it has a mind of its own. You can’t help but think that the entire purpose of the pop up is to frustrate you all the way to kingdom come. Interestingly, the man who invented it shares our views too. He worked for Tripod.com in the 90’s, which was a website that marketed both content and services to graduates. Later on the company turned into webpage hosting provider where they needed to bring in more advertisement money to keep the business afloat. And out of that despair and darkness came the most vicious and annoying digital item in our world; the “pop up”. It was initially made so that brands don’t have to worry about being associated with the content their ads play on. Before, you would see ads of big companies on porn sites but Zuckerman figured out a way to display the ad on a separate window. Though made with good intentions, he has come out in interviews apologizing for creating it.

6Tim Berners Lee – The story of the double slash

You may not know about Tim Berners Lee but if you have used a computer, you have written down one of his creations. Having developed HTML, he changed the world forever but he does have one small regret and that is the double slash. At the time of creation, the double slash was used to separate the protocol name and the rest of the web address. But it was later discovered that only a colon was required. Today, the browser automatically inserts the “http://” before your web address but there was a time when you had to do it manually. Although quite mundane to think about today, it really was a big annoyance during that time. But he did develop the internet so we all forgive him for that.

7Bob Propst – The man who invented the office Cubicle

You haven’t lived until you have complained about the symbol of office drudgery that is the cubicle. This is again a product that was created with good intentions but went to transform itself into the complete opposite of what it was meant for. Bob Propst first created the office cubicle so that employees can have more privacy and freedom while working. The first prototypes were more spacious and allowed people to get their privacy while being free enough to interact with other employees. But business in their perpetual goal of being miserly started making the cubicle smaller and smaller to the point where an individual would feel choked. Due to the increasing demand for smaller cubicles, manufacturing companies started making them as small as they can. Finally Propst ended up denouncing his creation saying that the ideology of modern corporation’s cubicle-izing people was monolithic insanity.

Kamran Loghman is yet again another inventor who was completely appalled by the misuse of his invention. Loghman worked in the FBI where he helped to weaponize what we know today as the pepper spray. He even wrote down guidelines for its use as it could be highly dangerous in certain situations. Recent misuse of his product especially by the police made him regret making it in the first place. You have to wonder the world that exists where the misuse of a weapon couldn’t get predicted especially after the monumental failures behind the invention of countless weapons throughout history. Must be nice to live in such a world!