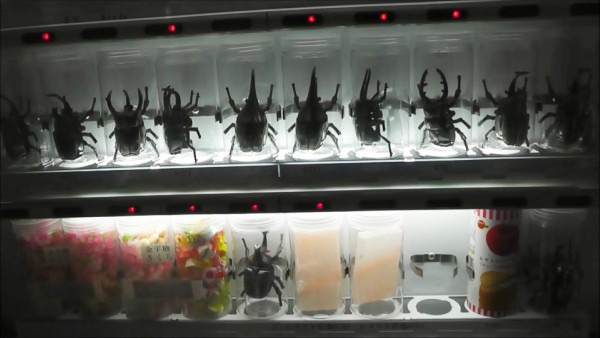 Kabutomushi (horned beetles) are considered both good luck and a fun plaything in Japan, and live beetles are sold out of vending machines so kids can play with them and bug collectors can add them to their collection like Pokemon. The kabutomushi machines were so popular with buyers that other types of bugs started showing up in machines, like tarantulas, praying mantises and cockroaches, so bug collectors could further expand their collections. 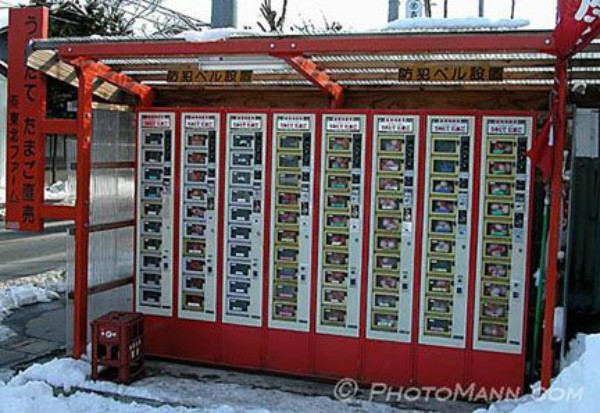 If you have the confidence and charisma to speak to women then you can get their phone number the old fashioned way, but if you lack self confidence, or you're a creepo, then you can just buy a random girl's number out of a vending machine! Phone chat is a big business in Japan, and the phone numbers sold in vending machines really work, although you may end up paying more money for the privilege of speaking to a real live girl on a chat line. But hey- if you're lonely enough to buy a girl's phone number from a vending machine then you probably won't mind paying a little extra to chat with her, right? 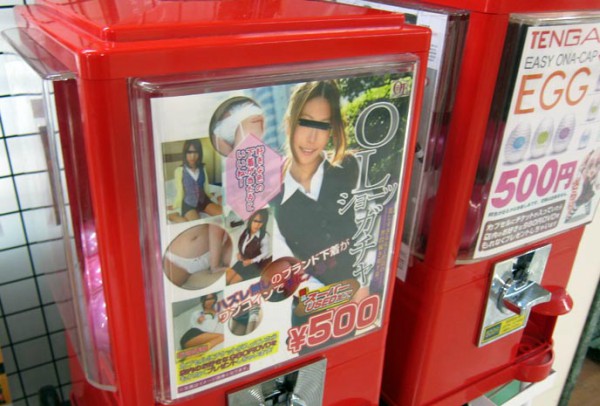 The most (in)famous Japanese vending machine item is the used panties gachapon, and even though there are very few of these machines left in Japan they will always live on in infamy as a symbol of Japanese strangeness. However, before you go and spend your hard earned Yen in one of these machines it's worth noting that they're not actually selling used panties -they're selling panties that were manufactured to appear used, adding the English word "used" to the machine to pique the interest of tourists. 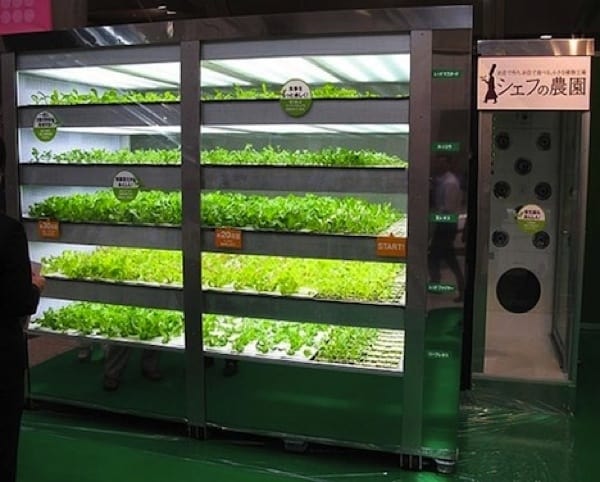 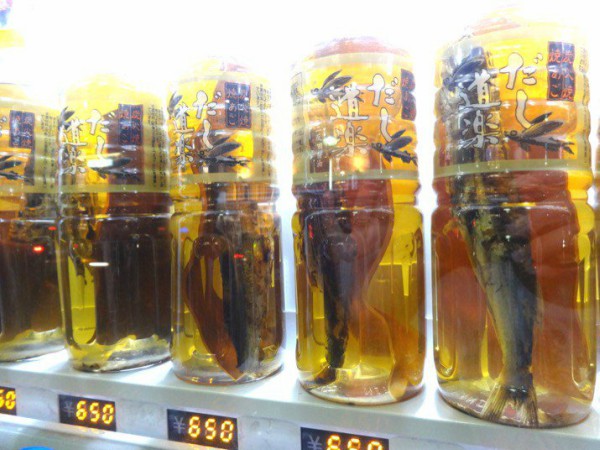 Drinking some black bean soup out of a can is one thing, but could you imagine drinking a warm can full of fish soup, complete with a whole fish, out of a can? Well, the flying fish soup sold out of Japanese vending machines isn't supposed to be consumed on-the-go, it's to be taken home and added to the meal you're preparing, so cooks can save a bit of time in preparing their meal and add some of that legendary flying fish flavor to their meal for cheap. 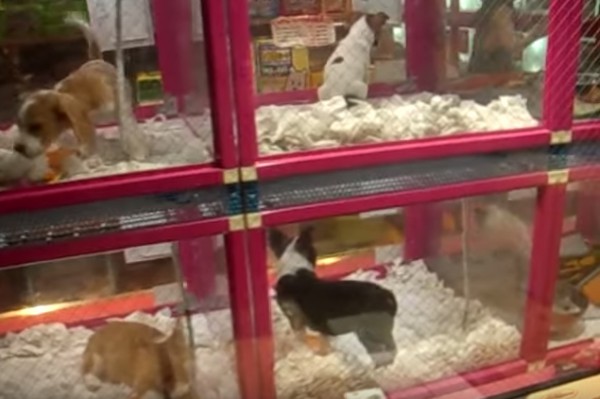 The selling of puppies in pet shops is considered controversial and wrong in America, but in Tokyo the practice is so accepted that some pet shops have taken to setting up vending machines stocked with fresh puppies outside their stores, a move which, love it or hate it, has definitely garnered them lots of attention. These puppy "vending machines" are actually just clear plastic cubes with a puppy in them and the price labeled on the outside, so don't worry- the little puppers don't have to be "dispensed" by a vending machine before they go home with their new owner. 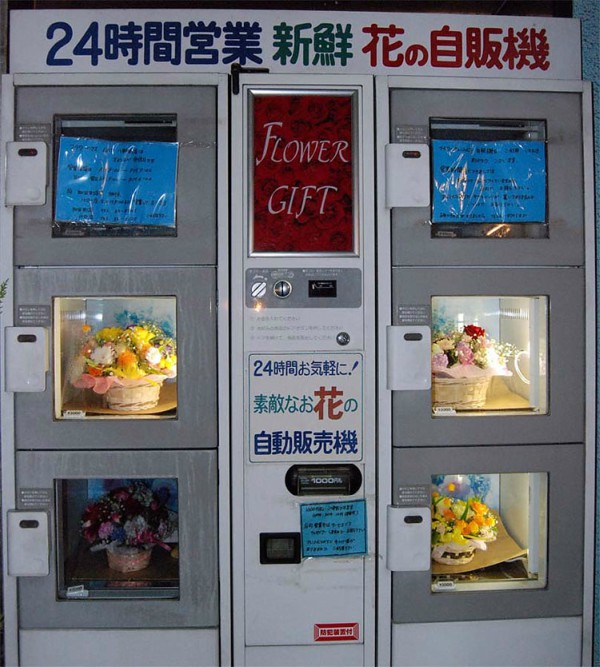 Selling a fresh flower arrangement out of a vending machine may seem a bit strange, but if you think about it there are plenty of times when a fresh flower arrangement would come in handy, like when you're about to meet the in-laws for the first time. Plus the high cost of real estate in Tokyo makes it virtually impossible for flower shops to survive, so flower sellers must peddle their petals through a vending machine. 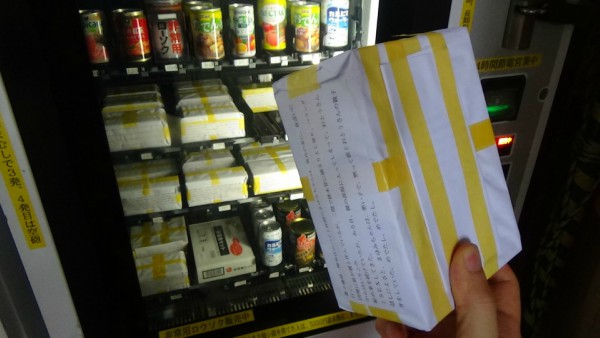 In order to sell both an experience and a snack there are mystery box vending machines all over Japan that sell something wrapped up in kanji-covered wrapping designed to intrigue and tempt the passers-by. The packaging tells a little story which can be read from outside the machine, and after the buyer has parted with their hard-earned Yen they're rewarded with a wrapped package of some sort of snack food, making them wonder whether the mystery box was worth the price. 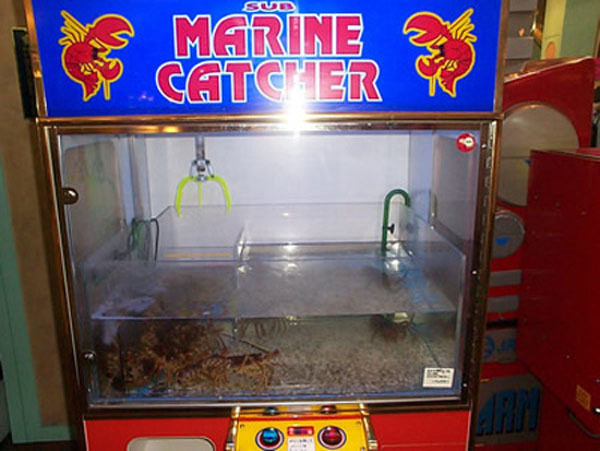 Japan is such a seafood-rich country that you can find fresh seafood wherever you go- even in vending machines! There's even a skill crane-style claw machine game that allows people to pick up and purchase a fresh live lobster, so they can go home with both a delicious dinner and a story about how they picked a winner!