These popular children's stories and fairy tales allowed you to expand your imagination and immerse yourself into a world where anything could be possible, but do you know that most of these stories were completely different when they were first written? Check out the darker predecessors of some of the world’s most popular children’s books. 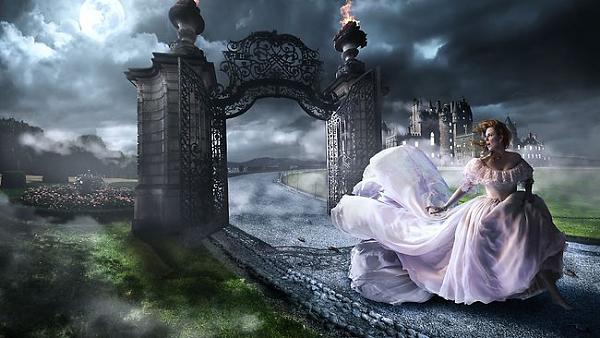 We all know the story of Cinderella—a poor girl who was mistreated by her stepfamily and ends up winning the heart of a prince only to live happily ever after.

But the original version of the story is riddled with much darker elements. In the story you don't know, Cinderella’s slippers aren’t made up of glass, but squirrel fur and her stepsisters weren't just unable to fit their feet in the shoes, but they actually cut themselves trying the slippers on. Other versions even had doves gouging the eyes of the stepsisters as punishment for their wicked ways.

2Pinocchio has elements of child abuse, murder, and torture

In an earlier version of Pinocchio, the "boy" slams a hammer on Jiminy Cricket, crushing him and feel zero remorse for his actions. (Karma catches up with the little brat, as he ends up burning his feet to ash.)

But what really takes the cake—after Gepetto transforms him from a puppet to a human child, the first thing he does is run away. and continues to spread malicious rumors about Gepetto abusing him. The poor old man is thrown into prison. In the end, Pinocchio is caught and hanged from a tree for all the trouble he's caused.

In an early version of the story. Sleeping Beauty falls into a coma after being infected by a sliver of flax under her fingernail. Her father can't accept the loss and lays her down on a bed in one of his estates hoping for a miracle.

Later, when a king rides through the property and comes across her body, her dad gets his wish—sort of. The king, aware that she is unconscious, rapes her, then rides back to his kingdom.

A now pregnant Sleeping Beauty gives birth while remaining unconscious, and one of her babies accidentally sucks the splinter from under her fingernail, which causes her to wake up. With news his one true love is awake and alive, the king burns his wife to death so he can be with Sleeping Beauty. Where does the cannibalism come in, you ask? Before his wife is torched, she tries to kill and eat her Sleeping Beauty's babies.

4Snow White and the Cannibal Queen 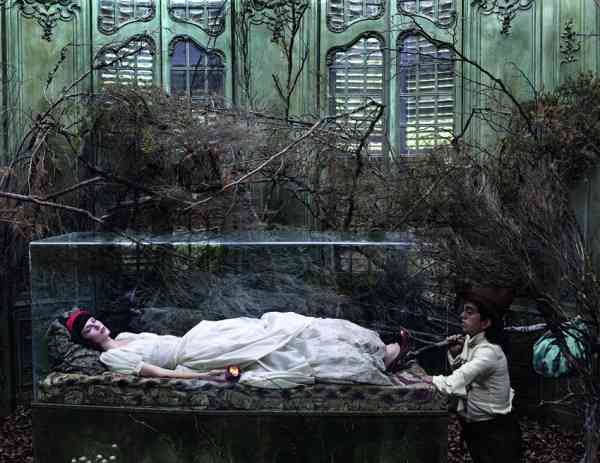 In the Grimm version, the evil queen is Snow White’s birth mother. She sends the huntsmen to kill and carve out her daughter’s lungs and liver and plans to eat Snow White’s organs.

In the sanitized version, Snow White falls into a deep sleep, but in the original story, she is dead as a doornail, and met her end after a chunk of poisonous apple gets lodged in her throat.

The Prince has his servants to drag her body out but as they do, one they drop her coffin. The sudden jerk causes the lodged apple to come loose and she wakes up.

When her evil mother crashes her wedding, she is forced to wear molten iron shoes and dance until she dies. Also, in other versions, Snow White is pimped out by the Seven Dwarfs.

5Hansel and Gretel is a tale of child murderers

An earlier French version of Hansel And Gretel, called The Lost Children, features a devil who lives in a cottage with his wife and wants to bleed the children dry on a sawhorse. His spouse, however, is not cruel and even tries to help the poor kids out.

Once the kids understand his intention, they pretend they have no idea how to climb the sawhorse. The Devil instructs his wife to help them up, and the kids use this opportunity to slit her throat and run away with his money.

Each version of Little Red Riding Hood has its unique take on what happened with the wolf and the girl. In one early version, the grandmother and the wolf are the same. In another, Red convinces the wolf to eat her grandmother since she is the heir to all the old woman's property. One of the more disturbing versions, however, tells how Red uses her body to save herself. Yes, we're talking about bestiality, and it certainly isn’t for the faint of heart.

7The Little Mermaid is tale of agony, betrayal and attempted murder

In Hans Christian Andersen’s original story, the mermaid does grow legs and walk, but her answered wish comes at a terrible cost. Every step feels like walking on a thousand sharp blades. Moreover, if the prince doesn't choose her, she will die and transform into sea foam.

The prince ends up marrying another woman. To save their sister from certain death, her siblings trade their hair for a magical dagger from the sea witch. If the mermaid kills the prince and lets his blood flow to her feet, she will regrow her fins and escape to the sea. She realizes she cannot kill the prince and dies alone and unloved. While it may not be the most horrifying origin for a fairy tale, it certainly is a moving one.

In the original story, a maid steals the identity of a princess to trick a prince into marrying her. Her plot is known to the talking horse, so she decides to kill it—dead horses tell no tales, after all.

The real princess, who is now forced to live as a maid, gets a job taking care of geese. She eventually gets justice as the maid who stole her identity is thrown naked into a barrel filled with spikes and forced to roll until her death. Ouch!

9Hercules is the son of a rapist and all around creep

In the original mythology, Zeus is known for his adulterous ways. He doesn't respect the sanctity of marriage and tricks women into bed with him.

In many ways, he is a serial rapist who has no regard for human beings. Many believe that he was called father by all the other gods because of their respect for him, but it’s far more plausible that he got the title because he raped every single woman in his path.

Initially, the Pied Piper is hired by the mayor of the town to get rid of its rat problem. He lures the rats into the ocean and returns to the town to collect his reward. The mayor, however, has no intention of paying the full amount. To get revenge, the Piper lures the town's children into the sea where they all drown. Even more horrific—this story is based on a tragedy that occurred in the 13th-century.