1"If You Don't Want It Printed, Don't Let It Happen" (The Aspen Daily News, Aspen, Colorado) 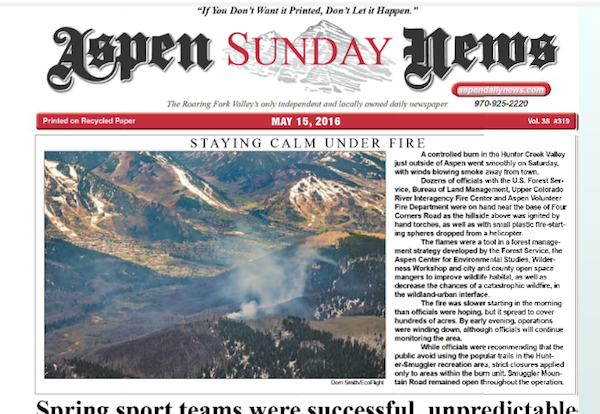 Started in 1978, The Aspen Daily News proudly embraces its position as a muckraking, investigative newspaper with the motto: "If you don't want it printed, don't let it happen." (In other words, watch your back!)

2"Right is of no Sex—Truth is of no Color—God is the Father of us all, and we are all Brethren." (The North Star, Rochester, New York) 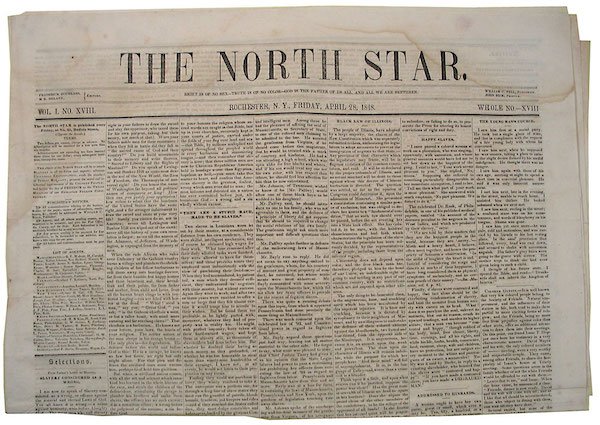 Remember Frederick Douglass? President Donald Trump called him “an example of somebody who's done an amazing job and is being recognized more and more, I notice.” (He's been dead since 1895.) Douglass started a newspaper, The North Star, in Rochester, New York in 1847, after escaping from servitude. The paper was so named because slaves followed the North Star in the sky to freedom. It had a circulation of over 4,000 subscribers and eventually merged with The Liberty Paper in 1851 when it was renamed after the orator himself. 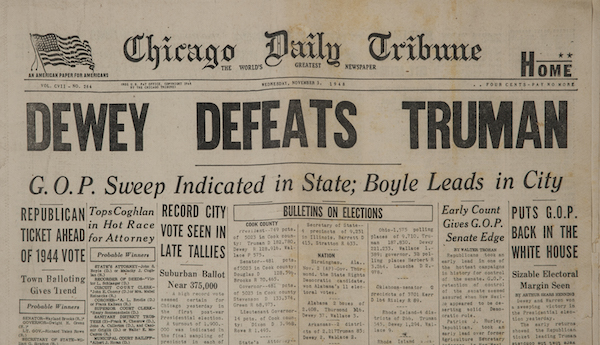 A bold statement, but a great paper nonetheless—founded in 1847, The Chicago Daily Tribune, owned by Joseph Medill, was one of the leading voices of the new Republican Party. Daily circulation grew from about 1,400 copies in 1855 to as high as 40,000 during the Civil War, when the paper was a strong supporter of President Lincoln and emancipation.

Between the 1910s and the 1950s, the Tribune prospered under the leadership of Medill's grandson, Robert R. McCormick. Calling his operation the “World's Greatest Newspaper,” McCormick succeeded in raising daily circulation from 230,000 in 1912 to 650,000 by 1925. At that point, the paper employed about two thousand men and women.

The slogan last appeared on the front-page nameplate Dec. 31, 1976.

4"Australia For The White Man" (The Bulletin, Sydney, Australia) 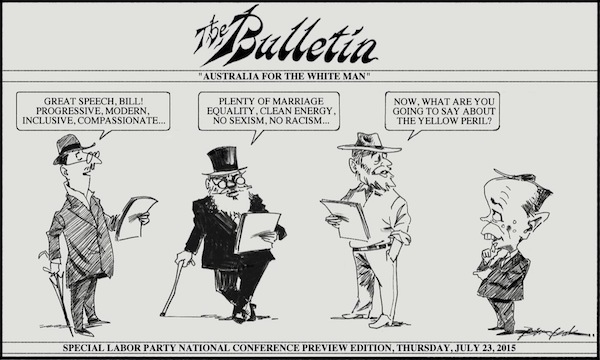 The Bulletin was founded by J. F. Archibald and John Haynes in 1880. It played a significant role in the encouragement and circulation of nationalist sentiments that remained influential far into the next century—Its writers and cartoonists regularly attacked the British, Chinese, Japanese, Indians, Jews, and Aborigines.

In 1886, editor James Edmond changed The Bulletin's banner from "Australia for Australians" to "Australia for the White Man." An editorial, published the following year, laid out the reason for the new slogan:

"By the term Australian we mean not those who have been merely born in Australia. All white men who come to these shores—with a clean record—and who leave behind them the memory of the class distinctions and the religious differences of the old world ... all men who leave the tyrant-ridden lands of Europe for freedom of speech and right of personal liberty are Australians before they set foot on the ship which brings them hither. Those who ... leave their fatherland because they cannot swallow the worm-eaten lie of the divine right of kings to murder peasants, are Australian by instinct—Australian and Republican are synonymous."

In 1961, when it was brought by Australian Consolidated Press (ACP), chief editor Donald Horne quickly removed "Australia for the White Man" from the banner.

5"The Newspaper For Those Who Can Read" (Nasha Canada, Toronto, Canada)

Nasha Canada is a community newspaper serving over 300,000 Russian-speaking immigrants from the former Soviet Union, Russia, Ukraine, and Israel living in the greater Toronto area—and if they can read, even better!

To set his paper apart from its more sensational competitors, publisher Adolph Ochs adopted the slogan “All the News That's Fit to Print” (first used on October 25, 1896) and insisted on reportage that lived up to that promise. Despite an early shortage of capital, he refused advertisements that he considered dishonest or in a bad taste. The slogan is still very much a part of the The New York Times to this day and is likely the most famous in the world.

7"The Gimlet—It Bores In" (The Edmonson News, Brownsville, Kentucky)

The Edmonson News slogan "The Gimlet—It Bores In," is likely to do with the paper's tenacity in getting the story. A gimlet is, in fact, a tool that pokes holes in wood without splitting. 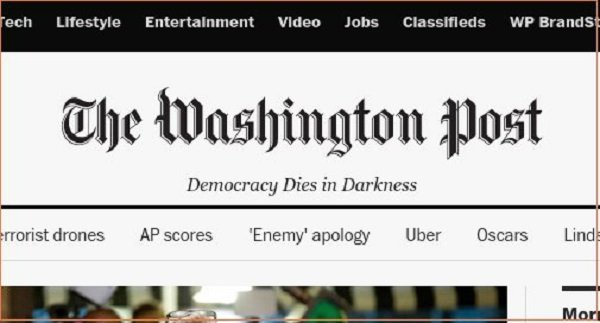 The 140-year-old Washington Post revamped its journalistic brand with a new slogan, "Democracy Dies in Darkness,” labeling its reporting as a friend of American democracy, not the enemy.

Popularized by legendary investigative journalist Bob Woodward, WaPo Communications Director Shani George said the media organization has internally used the alliteration-bent slogan for years. The paper claims it is not necessarily anti-Trump, but seeing as though they (and other news organizations) have been targets of the current administration, we think it's somewhat likely.

The new slogan has not reached the actual front page copy of the paper—yet. However, George said WaPo expects to integrate it across different mediums in the upcoming weeks.

9"Covers Dixie Like The Dew" (The Atlanta Journal, Atlanta, Georgia) 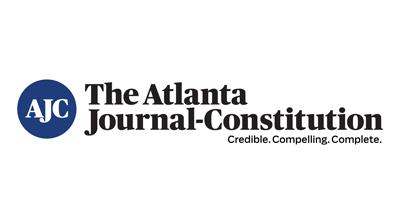 In 1982, two competing, century-old papers, The Atlanta Journal and The Atlanta Constitution combined their newsrooms into a twenty-four-hour operation but continued to produce two newspapers under distinct mastheads. In November 2001, as the Journal's circulation eroded, it and the Constitution were merged into a single newspaper published daily under a joint masthead, and the slogan was retired.

10"A Lively, Dashing Saucy Spirited And Independent Paper—Wide Awake At All Times And On All Subjects" (The Wide Awake, New York, New York)

The Wide Awakes formed a significant subgroup of a then Nativist movement known as the American Party (also known as the Know-Nothings). The movement arose in response to an influx of migrants and promised to "purify" American politics by limiting or ending the influence of Irish Catholics and other immigrants. It was empowered by fears that the country was being overwhelmed by such immigrants, who were seen as hostile and controlled by the Pope.

Mainly active from 1854 to 1856, the movement strove to curb immigration and naturalization but was met with little success. (Sound familiar?) The paper above, with its spirited slogan and ornate masthead, is believed to be the only one still in existence.

Interesting sidenote: The party was represented in the 2002 film Gangs of New York, led by William "Bill the Butcher" Cutting (Daniel Day-Lewis), who was the fictionalized version of real-life Know Nothing leader William Poole.