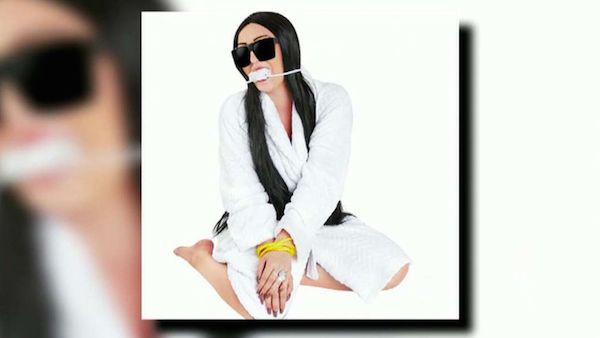 Costumeish is selling a costume called "Parisian Heist Robbery Victim." While Kim Kardashian isn't named, there's little doubt as to who the wearer would be portraying.

"This Halloween it's all about the #Hallomeme. Who better than America's goddess of all things glamorous 'Parisian Heist Robbery Victim Costume?'" the description reads. "She has devoted her life to promoting American decadence, youth, and hedonism, but all that flashy living caught up with her one night in Paris when armed men bound her, stole her jewelry and her peace of mind. This Halloween, have some fun with pop culture and dress just like the Queen of social media." 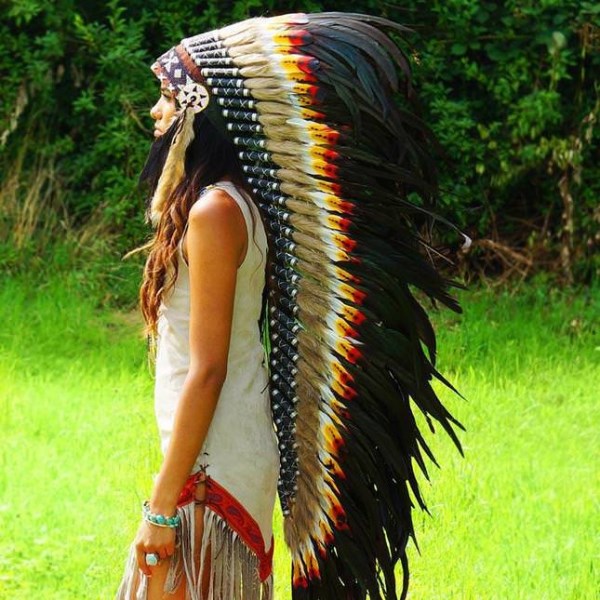 It seems almost every year these types of costumes get pulled, and this year is no exception. A Spirit Halloween Headquarters store in Lincoln, Nebraska removed all of its Native American Halloween costumes and paraphernalia from store shelves following complaints the scantily clad Indian “princesses” were offensive.

The costumes, including “Noble Warrior,” “Wolf Dancer,” “Native American Chief,” “World Spirit,” “Queen of the Tribe” and “Tribal Royalty," were all pulled. The costume that triggered the action was named “Reservation Royalty” and featured a woman in a very short and low-cut fringed leather dress and tall boots. 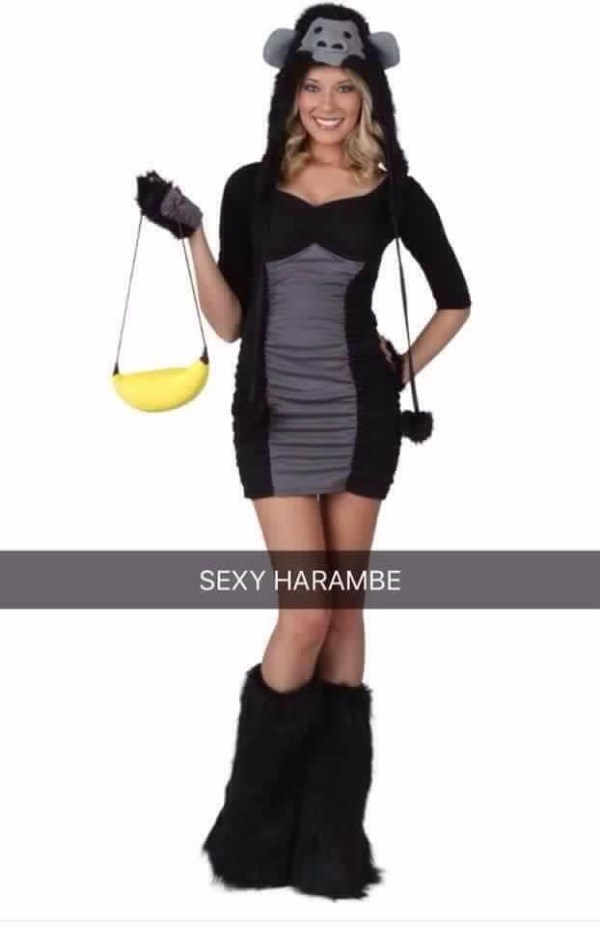 For just $54.99, you can now dress up as a sexy version of the gorilla that was killed by Cincinnati Zoo officials after a toddler fell into his enclosure in May 2016. They say comedy is tragedy plus time — ain't life grand? 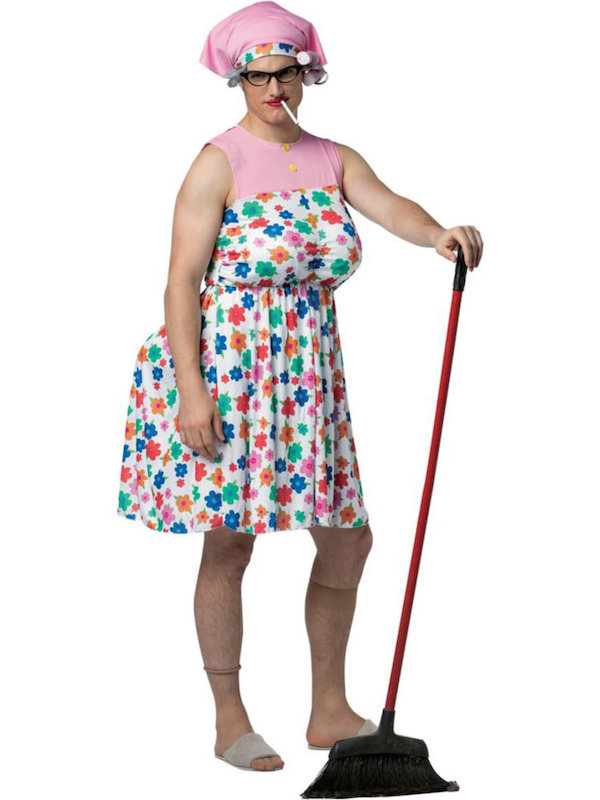 “All the guys will be dressing up as superheroes and princes, but you will stand out from the rest in this hilarious Granny Men's Costume!” this costume's description read before being pulled from the websites of retailers including Walmart and Amazon for being deemed offensive.

The costume, which can still be found online, is a white tank dress covered in colorful flowers with a pink collar. It also has “curvaceous butt and boob pads to complete the look.” Additionally, granny “wouldn't go anywhere without her pink babushka with flower design headband to keep her hair perfectly in place.” To top it all off, you can “slap on some makeup, get ready for your granny walk, and you will have the room roaring with laughter!” 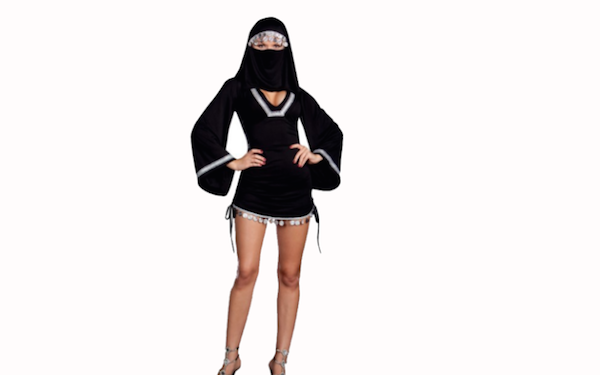 A “sexy burka” costume was pulled from Amazon's US and UK sites after complaints that it was offensive and culturally insensitive.

The costume, a black veil paired with a short-hemmed dress, was denounced by angry commenters before being removed. “You're all disgusting racists. My culture is not your costume,” wrote one enraged shopper. “Whoever you are, fear Allah” added another. 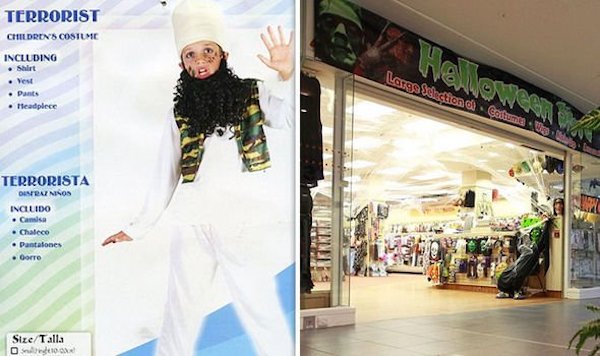 A “child terrorist” Halloween costume has been withdrawn from sale — well, for obvious reasons.

The outfits were being sold for £15 a pop and included a shirt, vest, pants, and headpiece and the boy pictured on the packaging wore a fake beard. “It seems that just dressing up like a Muslim and having a beard means you look like a terrorist, which sends out the message that all Muslims are terrorists,” one shopper said. 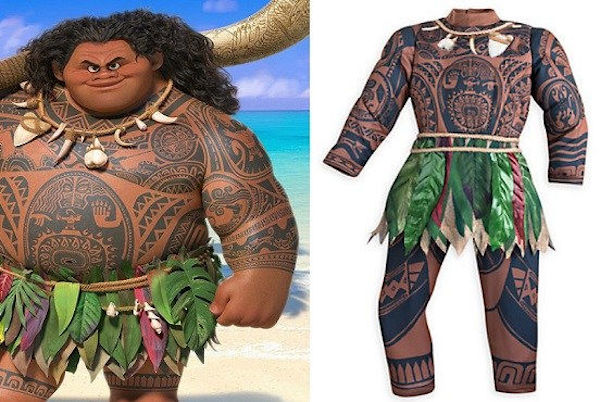 Disney's Moana hits theaters on November 23, 2016, and the studio found itself in hot water for Halloween costume that many deemed extremely offensive and inappropriate. The costume, which was on sale for $50, is modeled after the demigod Maui, voiced by Dwayne "the Rock" Johnson in the film.

Critics called the costume a gross example of cultural appropriation, and in late September 2016, Disney pulled it from store shelves. 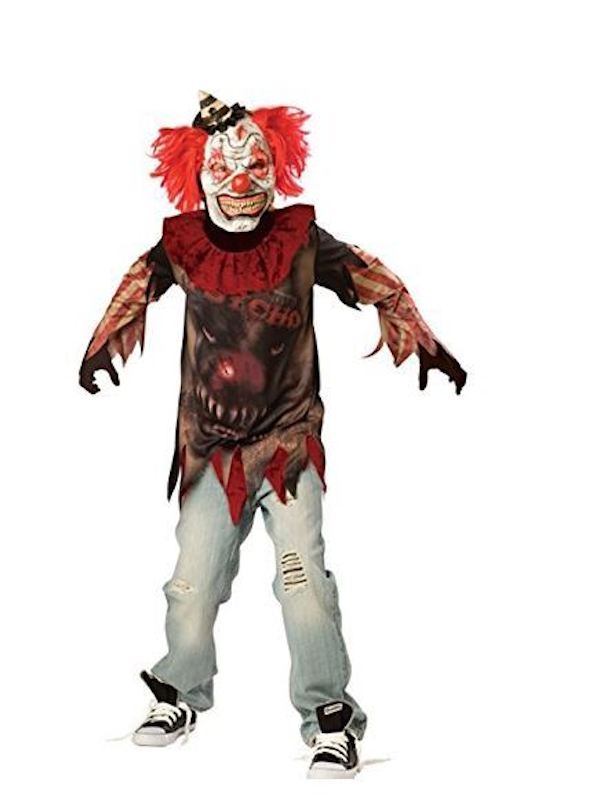 With all the clown craziness going on (see Oddee's 9 Creepy Cases of Clown Hysteria) maybe 2016 isn't the best year to dress up as one. That hasn't stopped online retailers from cashing in on the craze by targeting little trick or treaters, however. Amazon is now featuring the sinister outfits for children, including a "Killer Clown" costume which comes with a blood-stained knife. But be careful out there — in some communities, police have warned that trick or treaters face arrest if they wear clown outfits this Halloween. 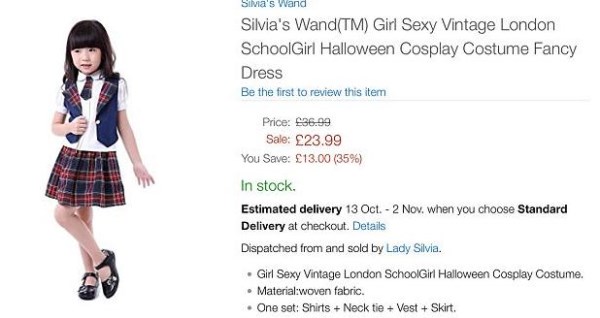 While the above outfit doesn't look bad by any means, Amazon has been forced to pull it, and a range of "sexy" Halloween costumes for children as young as four, after a backlash from child safety campaigners.

Children's charities said young girls were being sexualized by the costumes, which include a French Maid, a tiny schoolgirl and a "sexy" leopard. The shopping giant has removed the outfits until the inappropriate descriptions can be changed, a spokesman said.