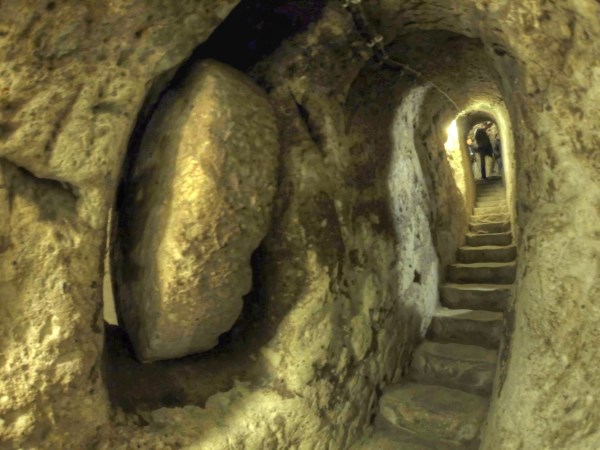 Cappadocia's underground cities were first chiselled out of the ground in the Bronze Age around the Hittite era but are most famous for their early Byzantine history (6th and 7th centuries). It was then the region's Christians took to living underground for extended periods of time to escape from Arab and Persian invaders. Kaymakl? is Cappadocia's largest underground city with a labyrinth of rooms connected by tunnels that extends for eight levels. 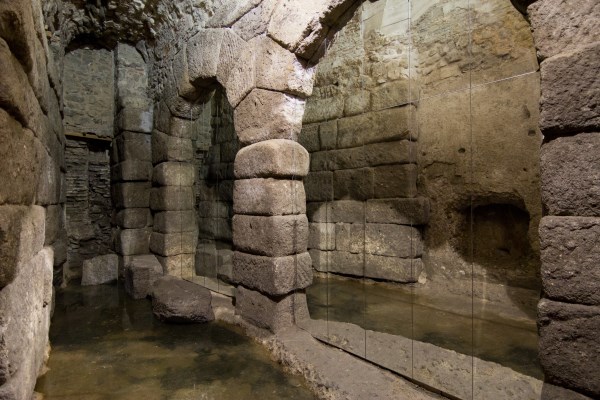 Hercules Caves are subterranean vaulted spaces located in the Roman city of Toledo (Spain), primarily in a building that occupies the site of that was the church of San Ginés until 1841.

This space, which was used in ancient (Roman) times as a hydraulic supply tank, is located in the eastern corner of the yard and was conducted in two phases of construction during that time. It has a rich history with several legends attached to it — some are of the opinion that this site was a temple dedicated to Hercules (hence the name).

3The Path in Toronto (Canada) 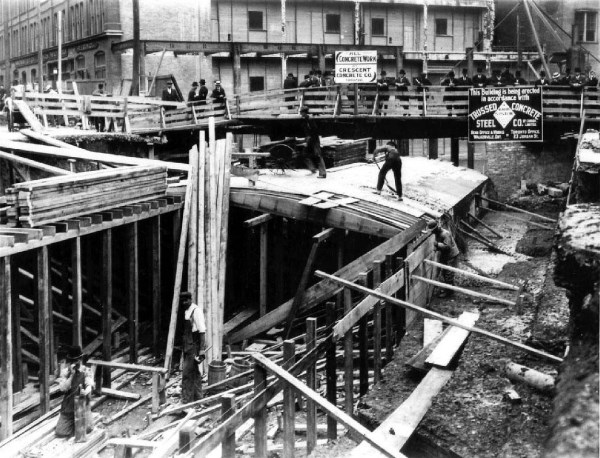 "PATH," downtown Toronto's underground walkway, features 30 kilometers of shopping, services and entertainment. It links pedestrians to public transit, accommodating more than 200,000 daily commuters as well as thousands of additional tourists and residents on route to sports and cultural events. 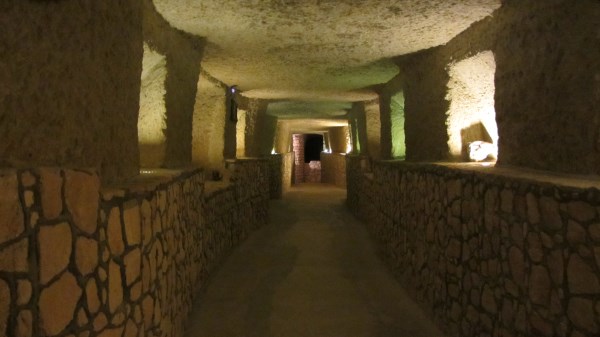 Kish is a resort island located off the coast of Iran. Although it is well known as a tourist destination, it is also steeped in history. One of the most magnificent features of this island is a massive subterranean city covering 10,000 square meters, constructed from an ancient underground aqueduct (or "kariz"). The kariz of Kish is said to have been built about 2500 years ago by the inhabitants of Harireh City. This structure was used to collect, purify, and store water for the inhabitants of the island. (As the area is situated in a region with an arid climate, this was essential for survival.)

In 1999, local officials embarked on a project to build an underground shopping complex, which resulted in the rediscovery of the ancient kariz. Instead of demolishing it, the developers decided to incorporate the latter into the former. While the historic coral walls that surround the kariz were left alone, the tunnels were reinforced with modern mortar and stone. This combination served to create a unique subterranean world. This ancient structure has been further modernized by the presence of shops and restaurants, traditional teahouses, amphitheaters, conference centers, and even art galleries. 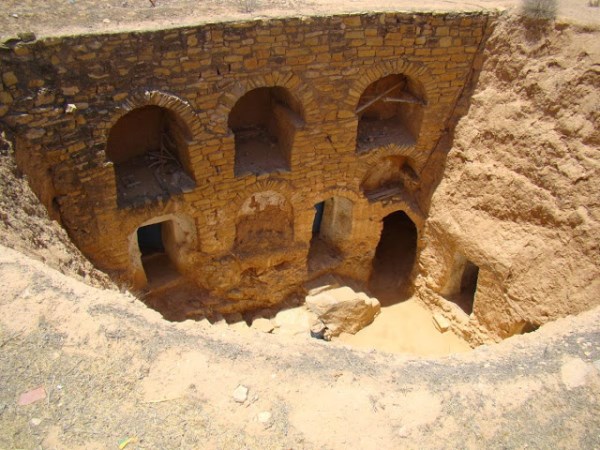 Matmata is a small Berber-speaking town in southern Tunisia. Typical structures in the village were created by digging an open pit in the ground. Around the perimeter of this pit, artificial caves are used as rooms, with some homes comprising multiple pits connected by trench-like passageways.

It was not known until 1967 that there were regular settlements in this area beside wandering nomadic tribes. That year, 22 days of hard rain inundated the troglodyte homes and caused many of them to collapse. A delegation was sent to the community center in the town of Gabès to ask for help from the authorities. Help was provided, and the above-ground settlement of Matmâta was built. However, most of the people continued their lives in re-built underground homes, and only a few of the families moved to the new surface dwellings.

Today, Matmata is a popular tourist attraction, and most of the population lives on tourism and folklore exhibitions in their homes. 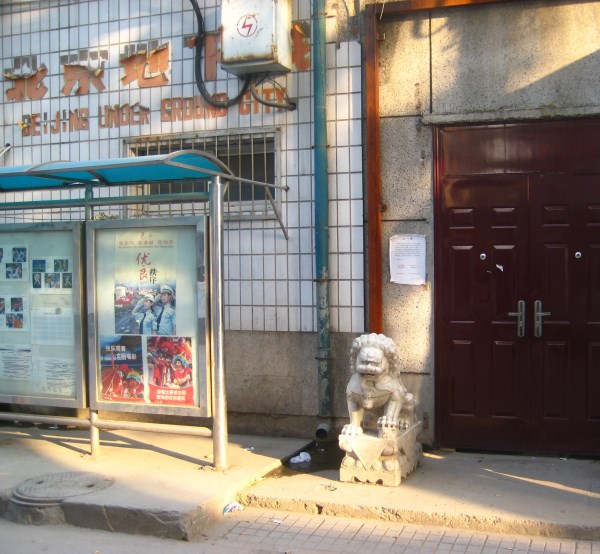 The Underground City is a Cold War era bomb shelter consisting of a network of tunnels located in Beijing, China. It has also been referred to as the Underground Great Wall since it was built for the purpose of military defense. The complex was constructed from 1969 to 1979 in anticipation of a nuclear war with the Soviet Union, as Sino-Soviet relations worsened. It was officially reopened in 2000. Visitors are allowed to tour portions of the complex, which has been described as "dark, damp, and genuinely eerie."

The tunnels of the Underground City run beneath Beijing's city center, covering an area of 85 square kilometers (33 sq mi) 8 to 18 meters (26–59 ft) under the surface. At one time, there were about 90 entrances, all of which were hidden in shops along the main streets of Qianmen. Many of the entrances have since been demolished or blocked off for reconstruction. 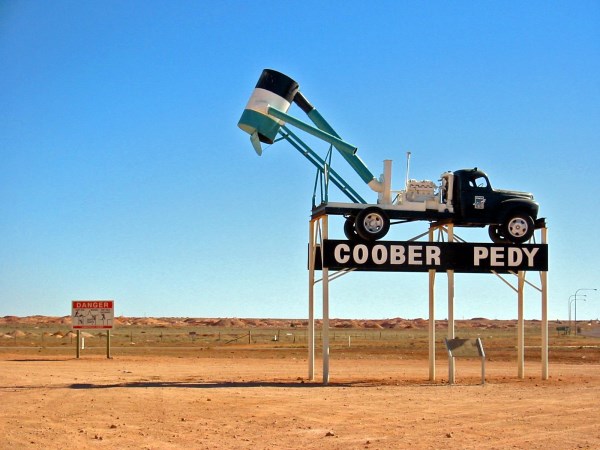 Coober Pedy is a small town that's one of a kind — for being down under in the Land Down Under. Located in South Australia, known for being the driest state on the driest continent on Earth, the town of Coober Pedy was established in 1915, when opal was first discovered in the region and miners started settling in. The temperature and weather conditions were so harsh that they began digging their homes into the hillsides. All they wanted was to find some respite from the scorching sun, but in the process, they ended up creating a small town for themselves. The people of Coober Pedy still prefer to live underground. Summers are harsh, with temperatures easily above 40 degrees Celsius. Air conditioning is a necessity, not a luxury. But the scenario is completely different in the underground homes of Coober Pedy. The temperature remains at a cool, constant 24 degrees and the humidity doesn't go beyond 20%. Winters can be rather cold, but people are willing to make that kind of compromise.

To the outside world, all that's visible of the town is a vast expanse of land, interrupted by chimneys and shafts that seem to be sticking up out of nowhere. The entire population of about 3,000 people live underground and travel through a series of intricate tunnels. The name Coober Pedy is said to have originated from the Aboriginal phrase "kupa piti," meaning "white man's hole in the ground." The town is famous not only for its troglodyte charm but also for being the ‘" opal capital of the world," —  producing 70% of the world's opal. 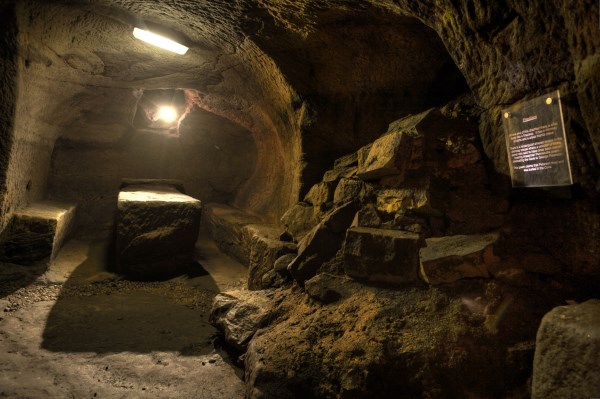 Beneath the streets of suburban Edinburgh lies a secret —an underground dwelling carved out of sandstone. Gilmerton Cove has remained unchanged for centuries, yet to this day, no one knows who built it or why.

Access is through an old plumber's workshop, where visitor panels dripping with damp and fungus set out what little is known about the cove. This leads to an even darker, mouldier room where the entrance is. Here, rough stone steps lead you ten meters underground to the snaking of tunnels and chambers below.

Local blacksmith George Patterson claimed to have hewn the rooms and passages from the rock between 1719 and 1724, and his family lived there until his death in 1737. The Pattersons used one room as a public house to sell alcohol. 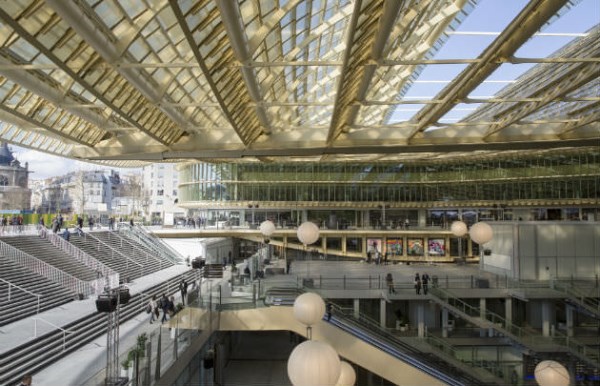 Situated in the very center of Paris, in the Les Halles/Beaubourg district, the Forum des Halles is a vast underground shopping center featuring dozens of stores, restaurants, two cinemas, and a sports and recreation center. Built on the former grounds of a food and meat market called Les Halles which was dismantled for hygienic concerns, the massive shopping complex is always packed with Parisians, especially on Saturdays, when locals in surrounding suburbs come into the city to shop.