We know—the following items are not really hoverboards. Hoverboards hover. However, because the term "hoverboards" is so freely used in the media and is the most popular name for these gadgets (as opposed to "rideable scooters," "pole-free Segways," "Swegways," and "self-balancing boards") we're using it here.

1The thief who made his getaway on a hoverboard 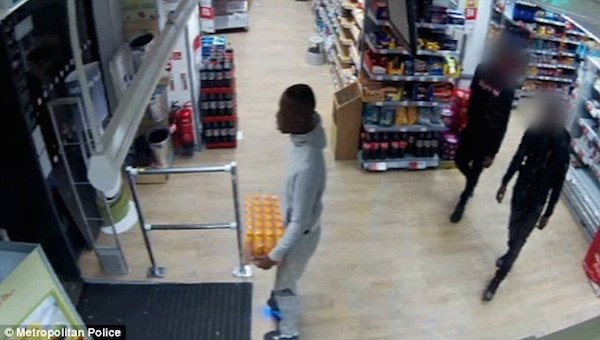 The first robbery using a hoverboard as a getaway tool took place in south London in December 2015.

Watch as the suspect in question, Omaree Lindsay, 19, from Croydon, Surrey, glides into a convenience store, swipes a box of Lucozade (an energy drink) does a sort of board-bound pirouette, and then cruises out of the store, disappearing into the dark of night.

Lindsay, who's been arrested and is out on bail, will appear at Wimbledon Magistrates' Court on December 30, 2015. He has been charged with theft, failure to comply with a court order and driving a self-balancing scooter on a pavement. Laws banning self-balancing scooters were introduced in the UK in October 2015. 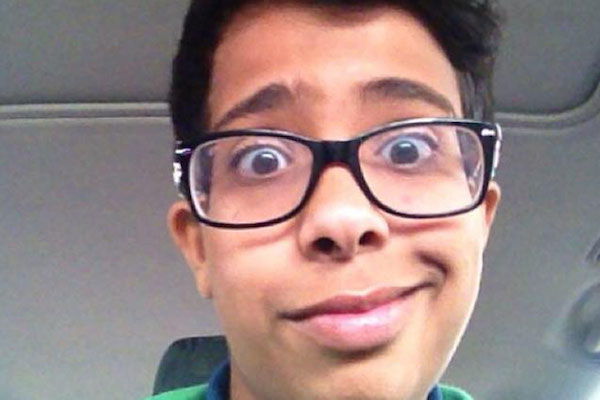 Nawaf Al-Tuwayan, 15, is believed to be the first person to die as a result of a collision involving a hoverboard.

The teen was reportedly out buying milk for his mother when he was struck by a bus in Alperton, northwest London, in December 2015.

An eyewitness said Al-Tuwayan fell off the scooter into the path of the vehicle while trying to spin around, before being dragged 200 yards and getting crushed under the wheels. He died at the scene.

Local councillor James Denselow, the community safety lead in Brent, said his death was a “sobering reminder” of why hoverboards are technically illegal to ride in public. 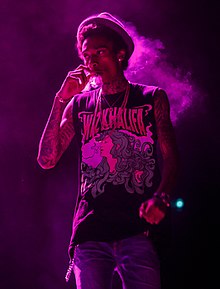 In August 2015, rapper Wiz Khalifa was handcuffed at LAX airport during an incident between the rapper and Customs officers involving a hoverboard. Video posted by Khalifa shows his refusal to disembark from the device, resulting in his apprehension.

"All because I didn't want to ditch the [technology] everyone will be using in the next 6 months. Do what you want kids," Khalifa tweeted after the incident. "What's even funnier than [the cops] not bein able to do shit is they'll be riding them soon as well. Maybe ones I design. I stand for our generation and our generation is gonna be riding hover boards so if you don't like it eat a d**k!"

Six days after being handcuffed, Khalifa rode his beloved golden hoverboard through LAX a second time. This time he wasn't bothered—maybe it was the suit.

4The rapper who was scammed out of $175,000 worth of hoverboards 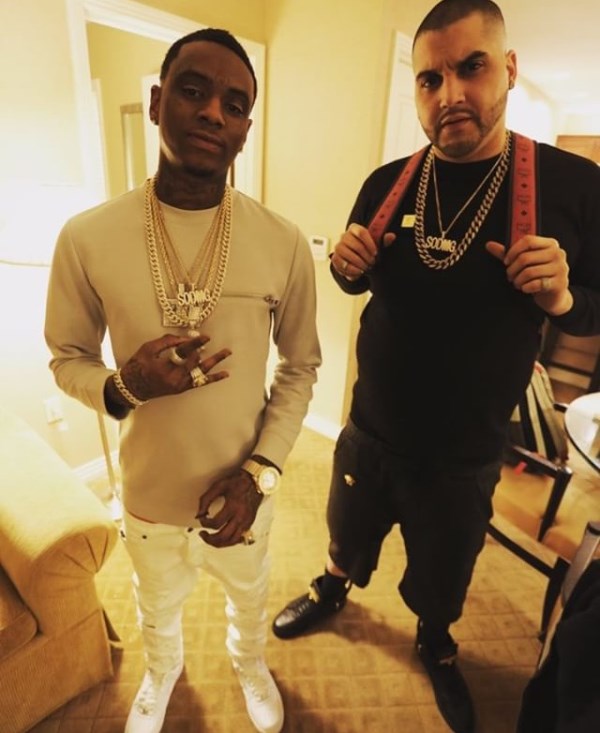 Rapper Soulja Boy took a huge financial hit as he was scammed out a total of $175,000 by hoverboard purchasers.

Customers, who purchased some of the MC's "Souljaboards" for $1,500 each on his online store, used fraudulent credit cards. Soulja contacted Stripe, the company which processes his payments, for assistance: "I need help, all the payments are fraud and it sent my account to negative because they all say they weren't authorized. Please help in any way you can thanks. I don't want to have to pay all this money because of frauds if there any way to reverse these payments and get my account to good standing."

Scams are not unusual occurrence in the the world of hoverboards, as manufacturer IO Hawk recently found out when it accumulated a Stripe debt of more than $900,000 from fraudulent credit card purchases. 75% of all orders associated with Soulja's account were disputed after the fact, between June 30 and December 7, 2015.

5The hoverboards that are catching fire around the globe

Hoverboards are one of the most hyped gadgets in recent memory, but they are wreaking havoc around the world.

In late 2015, a family in Louisiana blamed a hoverboard for a fire that destroyed their home, and a man in Alabama said his caught fire while he was riding it around his neighborhood.

Patrons of the Outlet Collection mall in Auburn, Washington were sent running when a hoverboard exploded near a kiosk. No one was harmed in the incident, which sent shoppers scrambling.

Amazon has started to pull some hoverboards from its site and is asking companies who manufacture the popular devices for proof they indeed are safe to use. Meanwhile, the largest airlines in the U.S.—American, Delta, Southwest and United—have banned hoverboards from flights because the devices use lithium-ion batteries, making them too dangerous to transport.

6The hero pedestrian who stopped a hoverboard thief 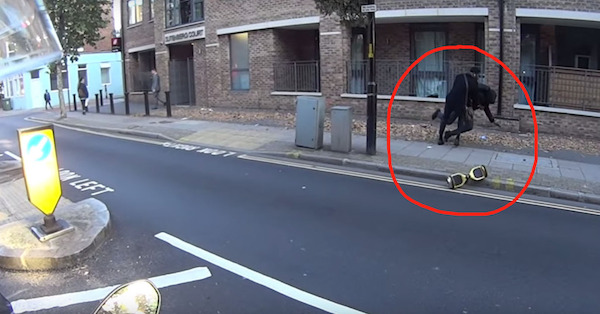 In October 2015, a pedestrian stopped a suspected thief from running off with a hoverboard.

In the video below, a man is seen running with the gadget tucked under his arm on a Bermondsey, London street. A passerby, who appears to be walking with a child, spots the runner and sticks out his foot to trip the man. As he falls, another young man appears and collects the device from the middle of the road. The thief then jumps to his feet, and after exchanging a few words with the hero, runs off.

7The restaurant patron who was robbed at gunpoint for his hoverboard 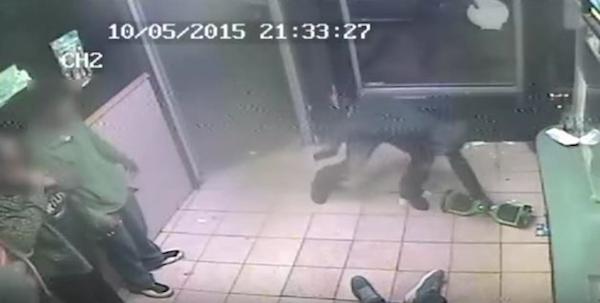 Also in October 2015, a man robbed several people at gunpoint at a Chinese take-out restaurant in Philadelphia. He stole the victims' phones, their wallets—and a hoverboard. No shots were fired, and no injuries were reported in the incident. Despite police efforts to find the hoverboard thief, no one has come forward with any leads. 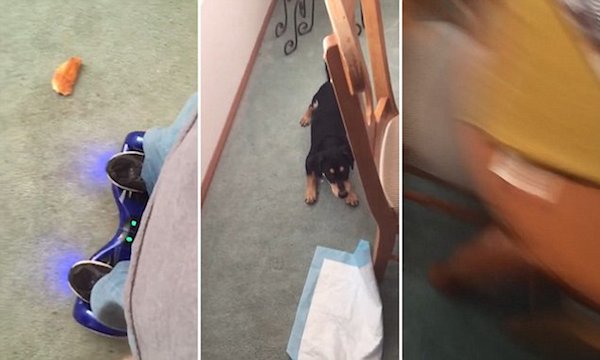 A father landed in a heap on the floor after trying out a hoverboard, frightening his pet dog and losing his balance.

The video below shows a man cautiously riding the gadget into his living room. His dog watches from underneath the table, but appears skittish as he gets closer. He says, "Your dad is crazy, I know." He looks to be getting the hang of keeping his balance on the hoverboard, then reassures the dog that he is backing off. Disaster strikes and then he topples from the gadget.

9The skateboard pro who rode a real hoverboard 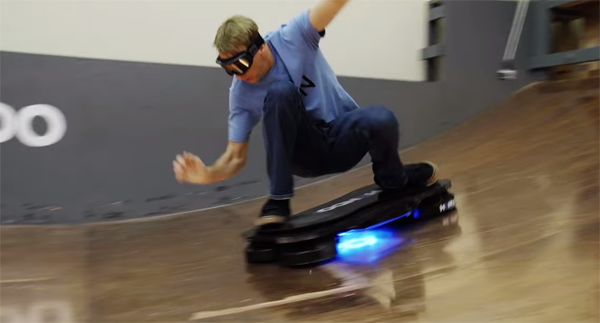 In 2014, skateboard pro Tony Hawk was filmed apparently riding a hoverboard in what turned out to be a prank video. Now, it appears he's repeated the exercise with the real thing.

Hendo Hoverboards attracted nearly half a million dollars in funding and launched a working hoverboard on October 21, 2015—Back to the Future Day.

While the current version is not as futuristic-looking as the renders found on the Hendo website, it certainly looks more rideable than the big, plastic version above. That's probably because it has a real skateboard deck, grip tape and also has better battery life, USB connectivity, stronger hover engines, and a safety kill switch.