Music truly heals the soul. For Natalie Trayling of Melbourne, Australia, playing music not only helped her get through tough times but it has also helped her bring joy to others.

Trayling is a fixture on the streets of Melbourne and plays the piano whenever she can find one. She's made use of pianos in department stores, libraries and has even tickled the ivories at City Hall.

Natalie has had her fair share of hardships over the years. She has suffered homelessness, bad health and the death of two daughters.
In 2015, her son posted a video of her playing one of her own compositions. It quickly went viral, attracting over 3 million views. The 80-year-old shows no sign of stopping just yet, saying, “Music is everything. I do feel part of it. The whole world is music.”

In 2009, Leicestershire, England's Stuart Sharp made headlines when it was reported that he had composed a full symphony with no musical training. Sharp had a “vision” of beautiful music come into his head after the death of his son several decades ago. “I could see the whole orchestra playing and as I watched and I could see all the individual notes being played on the different instruments,” Stuart told The Daily Mail.

While his wife was in the hospital for over a year, Stuart took care of their daughter and got a job in a pub. When she finally came home, he decided to leave her to follow his vision and create a great orchestral piece. “My wife was not happy about it, she thought I had gone mad and needed therapy, but it was something I needed to do,” said the composer.

Sharp was soon broke and homeless, living on the streets of London. Still, the music stayed in his head, and he bought a guitar for 50p to strum the melodies he couldn't stop hearing.

One day, while sleeping outside the BBC's Television Centre, Stuart met jazz musician Anthony Wade. The jazzman offered him a place to stay and help with transcribing his music.

Stuart soon got back on his feet and became a self-made millionaire through a career in sales and property. With his newfound wealth, he built a recording studio and created a 40-minute masterpiece that has since been recorded by the Philharmonia Orchestra of London.

Music experts and musicians have described Stuart's “Angeli Symphony” as a work of genius. His piece was played at London's prestigious Royal Albert Hall where it received a standing ovation.

3The voice announcer who lost it all, but gained it back—and more 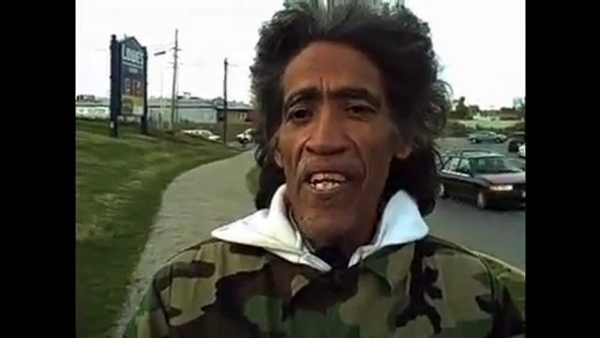 Brooklyn, NY born and bred Ted Williams knew from an early age that his talent was in his voice. However, after a stint as a voice announcer for a radio station in Columbus, Ohio, his life began to unravel due to drug and alcohol abuse. Williams was arrested numerous times for drug and theft related crimes and was eventually broke and homeless.

In January 2011, reporter Doral Chenoweth encountered Williams holding a sign pleading for help and boasting his “God-given gift of voice.” The reporter posted a video of Williams' smooth baritone and overnight it went viral. He got a haircut, a shave and offers for voiceover work, including commercials for Kraft Macaroni & Cheese.

Williams managed to turn his life and career around, but his journey hasn't always been easy. He admitted that he fell off the wagon after his street corner discovery, but has since gotten sober again.

In May 2012, his autobiography, A Golden Voice: How Faith, Hard Work, and Humility Brought Me from the Streets to Salvation came out. He also started the Ted Williams Project with Kraft, a non-profit foundation that provides necessities to homeless shelters.

When 22-year-old Sung Bong Choi walked onstage on Korea's Got Talent, he was asked why he left the “family” section blank on his application. Choi admitted that he was left in an orphanage when he was three-years-old. Two years later he was beaten up and ran away. From then on, he sold gum or energy drinks to get by and slept on stairs or in public toilets. At the time of his appearance, he had been homeless for ten years.

Choi's incredible performance of “Nella Fantasia” brought a huge round of applause from the audience and left one of the judges on the talent show in tears.

Choi ended up winning second place in the competition and signed a deal with the Bong Bong Company record label. His talents have taken him all over the world—he even sang the Korean National Anthem at the inaugural ceremony ahead of the London Olympics and has performed for the president of South Korea.

Michael Oher's story is probably one of the most touching and emotional stories in sports and was the inspiration behind the bestselling book The Blind Side: Evolution of a Game and the blockbuster film The Blind Side, which grossed over $300 million.

Oher came from a broken home. His father was frequently in prison and his mother was addicted to crack cocaine. As a result, Oher spent a lot of time in and out of foster homes and was often homeless. The young boy was eventually taken in by Sean and Leigh Anne Tuohy.

In his junior year in high school, Michael began to excel in football—this led to multiple scholarship offers from Division 1 schools. The offensive tackle earned unanimous All-American honors at the University of Mississippi and was drafted by the Baltimore Ravens in the first round of the 2009 NFL Draft. This part of his life was detailed in the aforementioned best-selling book and Academy Award-winning movie, in which the film's star, Sandra Bullock, won the coveted Best Actress Oscar.

On February 3, 2013, Oher won his first Super Bowl ring after the Ravens defeated the San Francisco 49ers 34-31 in Super Bowl XLVII. After signing to the Tennessee Titans and moving to left tackle, Oher signed with the Carolina Panthers in 2015.

The football player is no fan of the film depicting his early life. He said that he wished people would stop judging his career against what they saw on the silver screen. 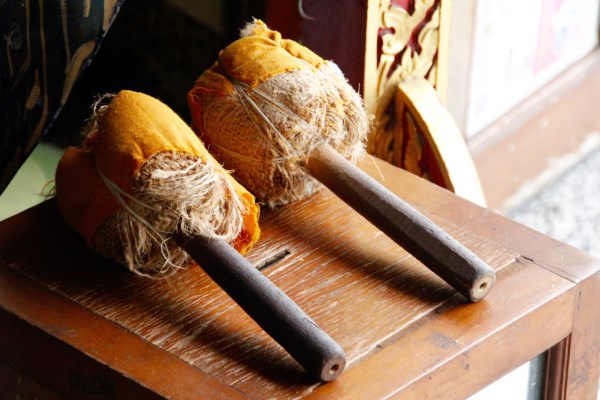 Latin-infused rock band Santana has released dozens of albums, toured the world numerous times and won a ton of Grammys over the years. Band leader and namesake Carlos Santana has made inspiring music since the 1960s and his band has even been inducted into the Rock and Roll Hall of Fame.

In December 2013, Oakland, California resident Marcus Malone told local news reporter Stanley Roberts that he was a percussionist in Carlos Santana's original band over 40 years ago, but was convicted of a crime and sent to San Quentin. After his release, he fell on hard times. He became a part-time landscaper and eventually lived on the streets while Santana's career skyrocketed after an appearance at the legendary Woodstock festival.

Roberts' investigations on Malone proved the drummer was telling the truth. After the segment aired on TV, Santana allegedly traveled to Oakland to find his former bandmate, but couldn't locate him. His manager eventually contacted Roberts, and a meeting was set up between the two musicians and old friends.

7The woman who was such a talented artist, she got her own successful exhibit 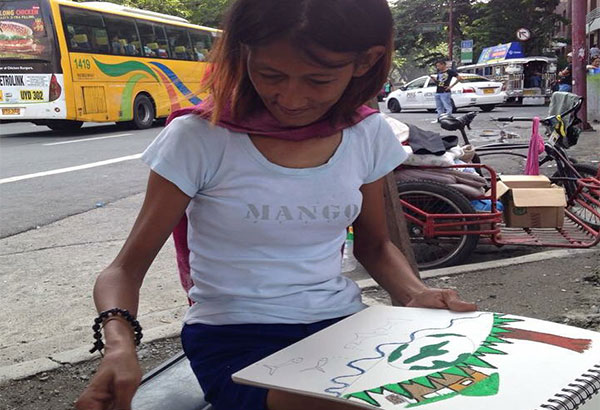 Jhalanie Machan lived alone on the streets of Manila. The homeless woman struggled to survive, digging through trash to find food. But while digging, she found something else—artist's materials.

In April 2015, a woman by the name of Mae Catibog encountered her work and was so moved by it that she posted about Machan on Facebook. She said that the artist could only communicate by writing things down and was selling her art to help raise funds for her kidney problems. Soon, other people started to take notice of Matuan and her art and began posting about her on social media as well.

Coco Torre, an artist who had connections to local galleries, was contacted by a friend who saw Matuan's work online, and they decided to help get her an exhibit at the A Space Gallery in Makati. All of Matuan's pieces at the exhibit sold, and all of the proceeds went to directly to the artist. 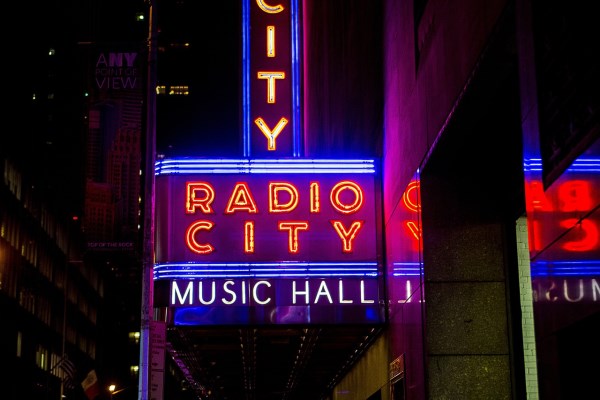 Wishes DO come true! It's an entertainers dream to play Radio City Music Hall in New York City and in June 2014, six kids living a Brooklyn homeless shelter did just that.

The Tilden Hall Homeless Shelter Group was among 23 troupes chosen from more than 200 local acts that auditioned for slots at the Garden of Dreams Talent Show.

Bill Bartlett, who directs the kids via his charity group Imagine Project, wrote a song that the group performed at the event. It's called, “Ya Gotta Believe.” I can't think of a more appropriate song title. Eat your hearts out, Rockettes! 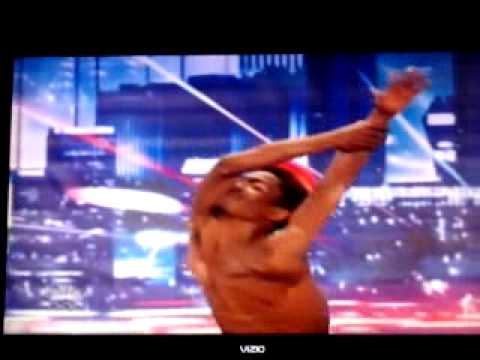 Sometimes you just have to follow your dreams, no matter what.

Alonzo Jones, a dancer who hails from San Francisco, California, incorporates contortionism into his dancing. In 2012, the dancer, nicknamed “Turf,” got a spot on America's Got Talent.

Turf admitted to America that he was no longer welcome in his home because he wanted to follow his dreams of being performer. His act impressed all the judges, even blowing away the normally hard to please Howard Stern.

After the show, Turf moved to Las Vegas to try to further his career as a street performer. He said people started recognizing him as "that guy" from AGT which, in turn, helped earn him several hundred dollars a day ensuring that he could now pay rent.

Jones currently performs as part of a variety show on stage at the V Theater inside Planet Hollywood Resort and Casino's Miracle Mile Shops in Las Vegas.

10The homeless photographer that fooled the fashion world

Mark Reay is a talented New York fashion photographer. Judging by his well-groomed looks, you would never know that he was homeless for six years while shooting the biggest events in the fashion world.

After graduation from college, Reay decided to backpack across Europe. While in Brussels, he even worked as a model.

After moving back to New York to take care of his dying father, Reay's modeling gigs dried up and he decided to try his hand at fashion photography. His photography wasn't enough to sustain him financially, however, and he moved to the south of France where he eventually became homeless for the first time, living in the hills.

Reay moved back to New York and, after wearing out his welcome at a friend's place, he stayed at a hostel where he was eaten up by bed bugs. This forced him to crash on a rooftop at another friend's place in the East Village. He stayed in that spot for the next six years.

In 2014, a documentary was made about Reay's double life: Homme Less. As a result of the publicity surrounding Homme Less, Reay abandoned his rooftop abode and began secretly living elsewhere.