On the edge of Abu Dhabi, workers poured the foundation of a building destined to become one of the architectural wonders of the modern world—the Guggenheim Museum. Slated to open in 2012, the museum would have been the fifth installment of the “galaxy Guggenheim” worldwide.

Designed by American architect Frank Gehry, the museum was meant to be an experiment that combined initiative and innovation in a futuristic air project. In 2011, building construction began on a peninsula at the northwestern tip of Saadiyat Island adjacent to Abu Dhabi. But after some work on the foundation, the project was suspended. The completion date was pushed back from 2011 to 2013 then to 2015 after the emirate cancelled contracts with concrete suppliers, and again to 2017 "amid more difficult economic times."

Currently, the Guggenheim project is on hold. Construction is pending the approval of applications and contracts applied for with the Tourism Development & Investment Company (TDIC).

This is the one building on our list that we are still hoping will be built.

2The Minerva Building in London 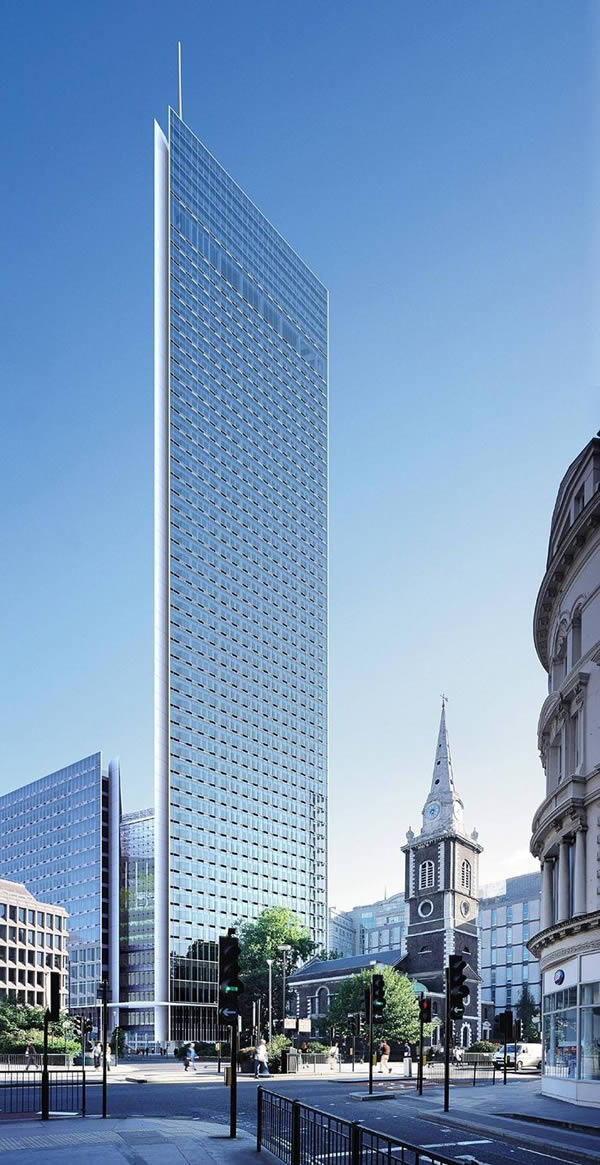 The one-million-square-foot Minerva building would have been London's tallest and largest office tower, had it been built. In 2006, the project was cancelled, quoting financial constraints as the reason. The building would have otherwise marked a significant milestone in the city of London's recent architectural renaissance.

The original plans for the site involved the construction of a 14-story office block. However, a post-September 11th revision of the project brought design changes and a further increase in height to 53 stories and 216.9m (712ft).

The building was designed to have 49 floors, accommodating up to 10,000 people, plus four plant floors. Due to the financial crisis, however, Minerva reverted to the original 14-story office block to be named "St Botolph's House." To date, the project still faces uncertainties.

The overall aim of the project was to enhance London's reputation as the financial and business capital of the world by providing high-quality offices and modern communications facilities to banking, insurance and other financial institutions in the eastern part of the city. 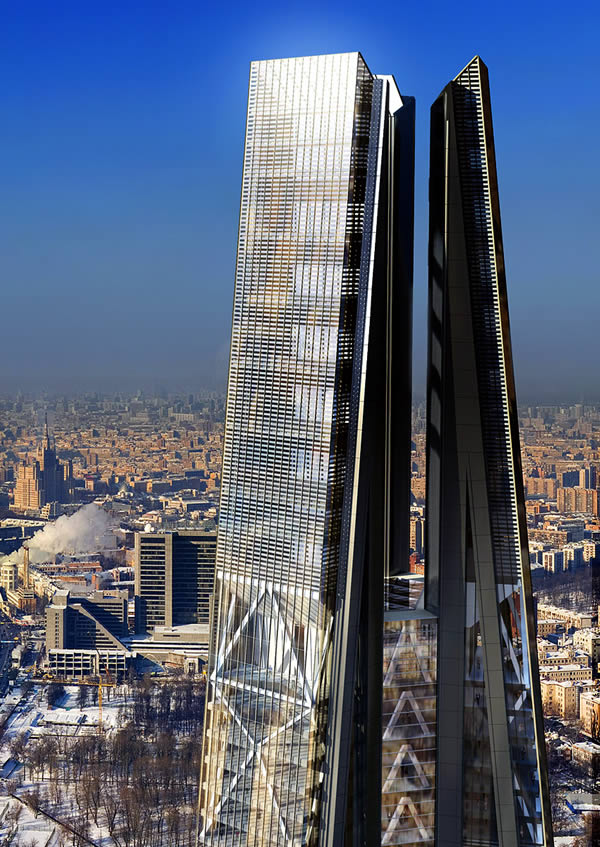 In 2008, British architect Norman Foster became another victim of the global economic crisis when developers in Russia said they were scrapping plans to build his design for Europe's tallest skyscraper.

Moscow's 600-meter high Russia Tower, which was supposed to dwarf Canary Wharf in London, would no longer be constructed, real estate magnate Shalva Chigirinsky said. His firm had run out of money.

Work on the architect's 118-floor tower began in 2007. The skyscraper would have been located on industrial land next to Moscow's river, surrounded by old warehouses and Soviet-era apartment blocks. The skyscraper was meant to be the centerpiece of a new business district and a symbol of Russia's resurgent economic might.

4Bike Lane in the Sky in Copehagen 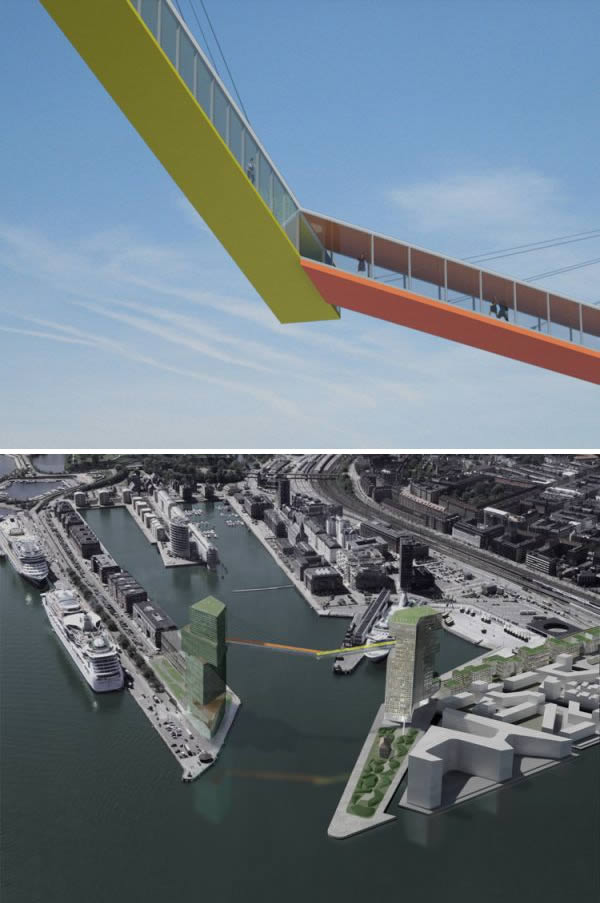 The plan was an ambitious one. The Copenhagen Gate would provide a crossing between two skyscrapers at the mouth of one of the city's harbors. People would be able to ride or walk across the glass-walled span while getting a glorious view of the city below.

Steven Holl, an American architect, first proposed the idea in 2008. Sadly, after much discussion among city planners and architects, the project was finally cancelled in 2015.

Why would they cancel such an awesome idea? Local government officials believe people won't actually use it—it's easier just to ride around the harbor than to take a bike on two different elevators to access the crossing. 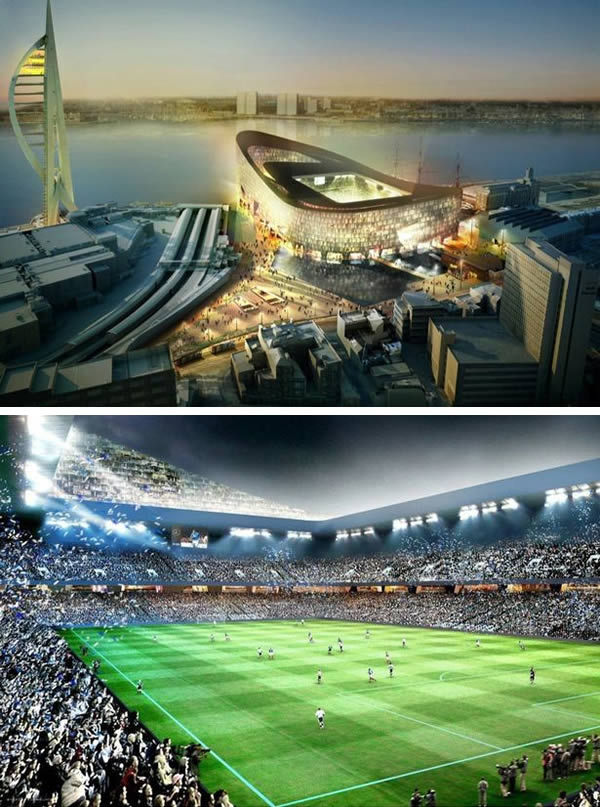 Renowned for their design of the Allianz Arena and the Beijing National Stadium, Swiss architecture firm Herzog and de Meuron produced plans for a brand new Portsmouth FC stadium to replace the historic fortress of Fratton Park.

The stadium was set to host 36,000 fans when relocated to Portsea, brushing shoulders with nearby naval bases and Gunwharf Quays' iconic Spinnaker Tower.

With a potential financial outlay of £600 million and concerns from local councillors, the club studied several different designs and locations in an attempt to make the plans work. However, the financial crisis of 2008 ended any possibility of a new stadium and the club instead focused on further developing Fratton Park.

6The Chicago Spire in Chicago, Illinois 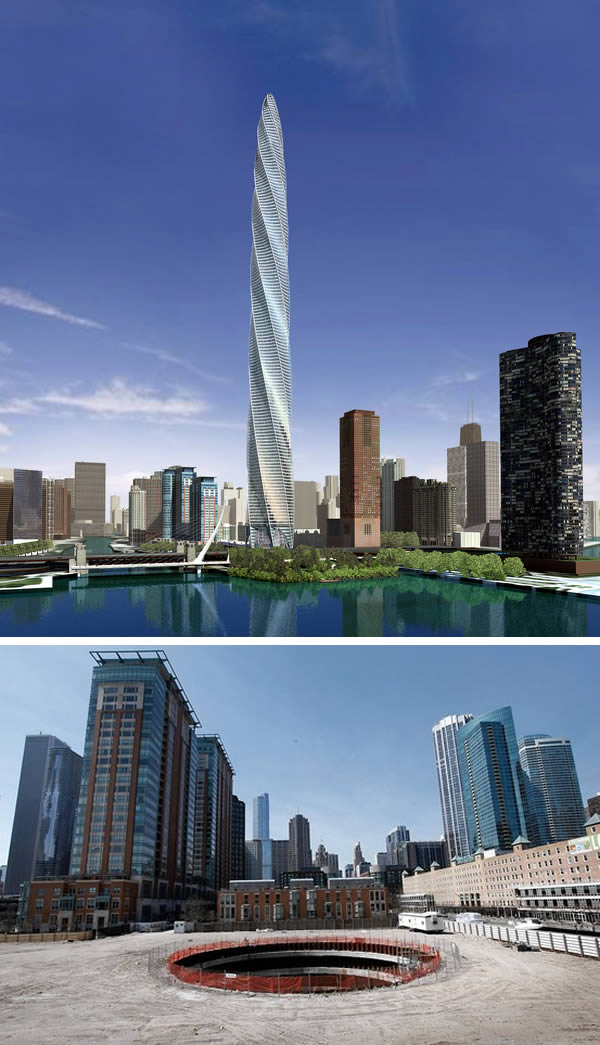 Over a decade ago, an ambitious project was undertaken by developer Garrett Kelleher to construct a 2,000-foot twisting tower designed by Calatrava near the south bank of the Chicago River. As fate would have it, "the spire" came with financial issues and left the developer in debt to the tune of $100 million. Kelleher was forced to cede the property to local developers.

When the spire was originally proposed as in July 2005, it had 116 stories and included a hotel and condominiums and also featured a tall broadcast antenna. Now, all that's left is a 76-foot deep circular foundation in the ground that was to support several thousand feet of unrealized potential.

The foundations of a stalled 838-meter-high skyscraper in Changsha, China are now being used as a fish farm.

The proposed Sky City tower was set to become the world's tallest building, but its construction was postponed just days after it started in 2013, amid safety fears and a lack of necessary government approval.

Two years on, the building's 2.6-hectare foundations are filled with water and villagers are using them to raise fish.

Sky City was proposed by construction firm Broad Sustainable Building(BSB), a subsidiary of China's Broad Group. The company claimed it would be completed with a record-breaking construction time of just 90 days. 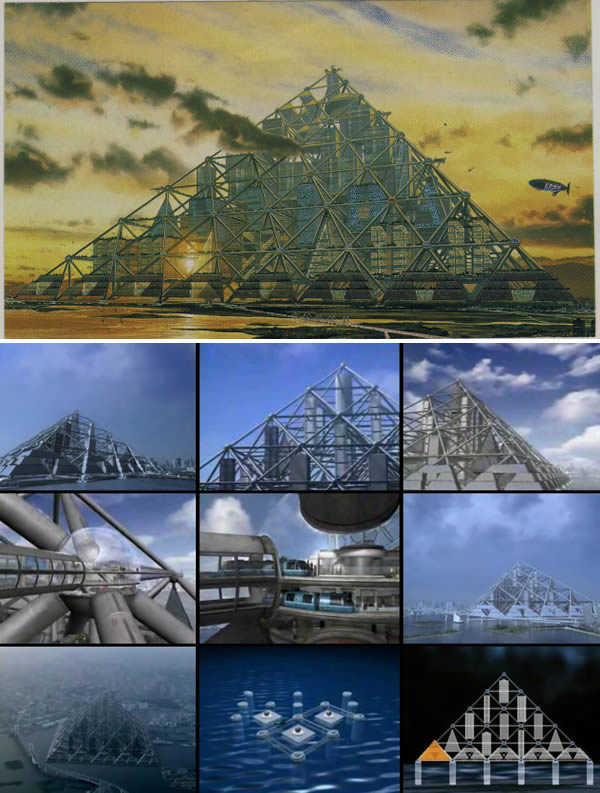 The Shimizu TRY 2004 Mega-City Pyramid is a proposed project for the construction of a massive pyramid over Tokyo Bay in Japan. The structure would be 12 times higher than the Great Pyramid at Giza, and could house 750,000 people. If built, it would be the largest man-made structure in Earth's history, at 2,004 meters high.

The building is an answer Tokyo's increasing lack of space, although the project would only handle 1/47th of the greater Tokyo area population. The proposed structure is so large that it cannot be built with currently available materials, due to their weight. The design relies on the future availability of super-strong lightweight materials based on carbon nanotubes.

The idea for the pyramid stems from the fictional architectural marvel of the Tyrell Corporation, which appear several times in the 1982 science fiction film Blade Runner. 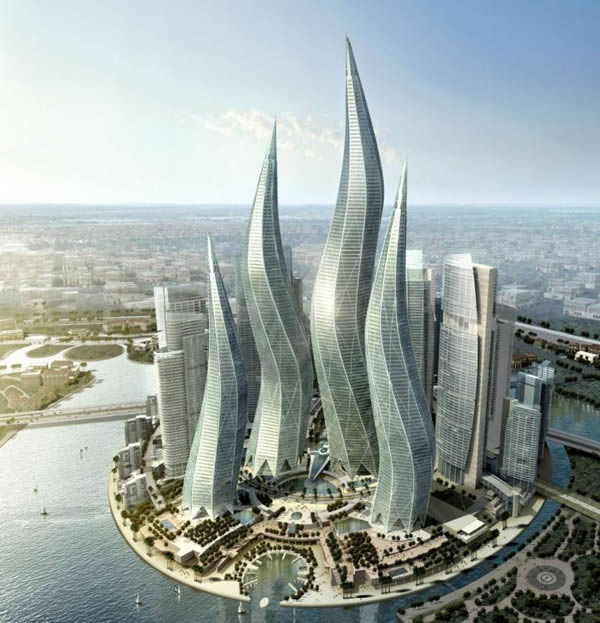 The Dubai Towers Dubai was a four-tower complex to be built in the city of Dubai, United Arab Emirates. The developer, Sama Dubai, intended it to form the centerpiece of The Lagoons, a megaproject located on Dubai Creek which was to consist of seven islands. The towers would have between 57 to 94 stories, and although the heights of each are not known, it is believed the tallest would top 400 meters (1,310 ft) while two others would rise beyond 300 meters (980 ft). Due to the economic downturn in Dubai, the project is on hold. 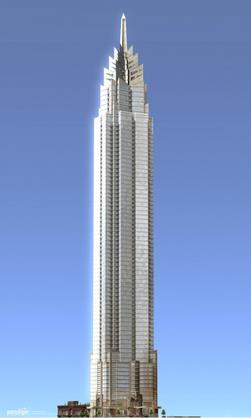 Signature Tower was a projected mixed-use skyscraper that had been approved for construction in Nashville, Tennessee. Groundbreaking was originally scheduled for 2007. When completed, it was to contain condominiums, office space, a Kimpton-brand hotel, and retail space. The building was originally planned to have 70 stories and stand 1,030 feet (314 m) in height, which would have made it the tallest building in the south and the tallest building in the US outside of New York City and Chicago.

In December 2008, developer Tony Giarratana announced that the project would be downsized due to the economic recession. Giarratana stated that the number of condos would be reduced from around 600 to under 100, but the condo size would more than double from an average of 1,500 sq ft (140 m2) to 3,500 sq ft (330 m2). The height of the revised Signature Tower was to be 807 feet (246 m) and 50 stories.

The official website for Signature Tower was taken offline in December 2009. In November 2011, Giarratana announced that he was going to use the site to build a smaller, mixed-use tower called 505 CST, which was eventually redeveloped into a residential tower called 505.