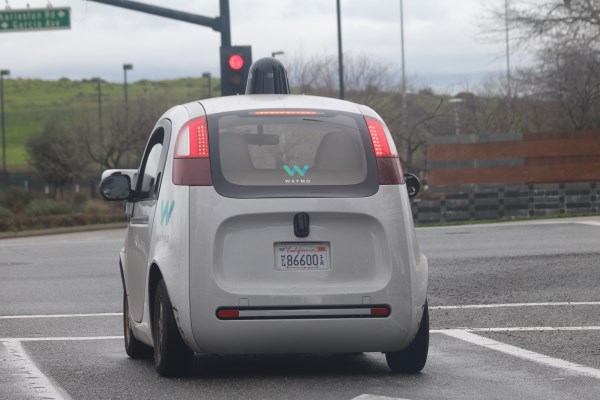 Mcity opened in July 2015. It is a completely artificial village for testing self-driving cars.

The complex is made to simulate a wide variety of conditions and features 32 acres of roads, intersections, sidewalks, streetlights, signals and building facades. More than a simulated combination of urban and suburban environments in their ideal forms, these experimental grounds also incorporate stress-testing defects like graffiti and faded lane markings as well as different street terrains, tunnels, roundabouts and multi-lane freeways on a combination of pavement, cobblestones, gravel, grass, and dirt.

The project is funded by the University of Michigan, local governments and various industries including Ford, GM, Honda, Nissan, Toyota, State Farm, Verizon, and Xerox. 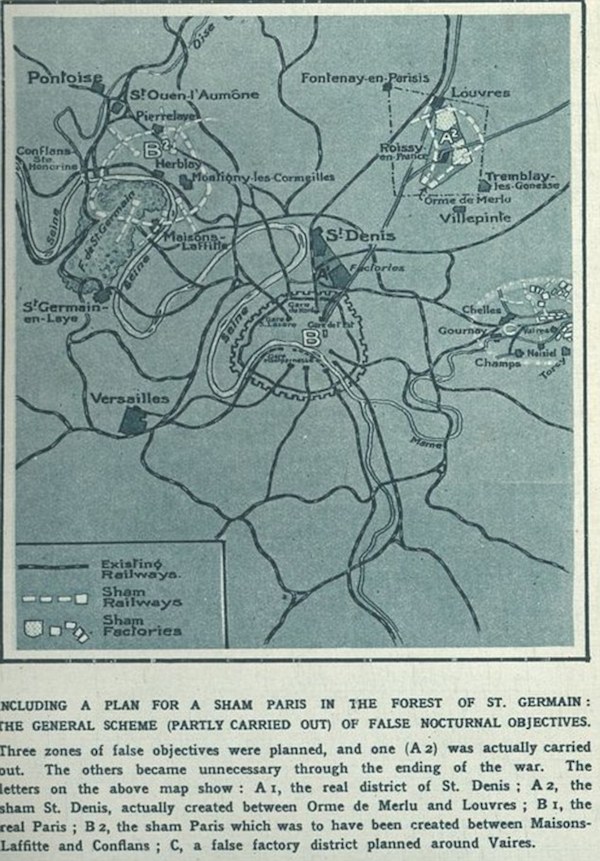 In 2011, archives unearthed by Le Figaro newspaper detailed plans for a replica of Paris that was built during WWI. Military planners believed German pilots could be fooled into destroying the dummy city rather than the real one.

It was situated on the northern outskirts of the real thing and featured sham streets lined with electric lights, replica buildings and even a copy of the Gare du Nord—the station from which high-speed trains now travel to and from London.

Planners chose an area around the commuter town of Maisons-Laffitte, 15 miles from the center of Paris, and on a stretch of the River Seine similar to the one in the capital. Famous quarters of Paris were created, as well as industrial suburbs like Saint-Denis and Aubervilliers.

Private firms were used to create the city, and an electrical engineer, Fernand Jacopozzi, was hired to illuminate the second "City of Light." Wooden replicas of buildings were created with meticulous detail—some included translucent paint creating the impression of the "dirty glass roofs of factories." White, yellow and red lamps were used to duplicate the effect of machines in operation at night while false trains and rail tracks were also partly illuminated.

Despite the detailed work, the replica Paris was not quite finished before the last German air raid in September 1918 and was subsequently never tested. It was, instead, rapidly deconstructed after the war and has long since been built over. 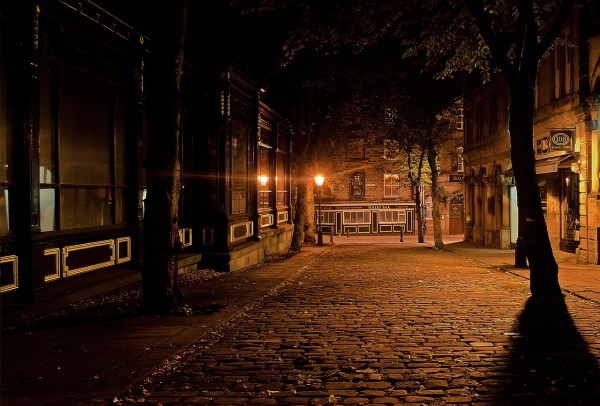 In January 2014, the US Army Asymmetric Warfare Group built a 300-acre town in Virginia that is designed to be used during combat training exercises.

The town includes a five-story embassy, a bank, a school, an underground subway, a train station, a mosque, a football stadium, and a helicopter landing zone. The subway and train stations even come complete with carriages.

The $96 million project is designed to meticulously "replicate complex operational environments and develop solutions." The Asymmetric Warfare Group was created in 2004 to help combat terrorism and reduce the vulnerabilities of the army to emerging threats.

4The mysterious fake town on the North Korean border 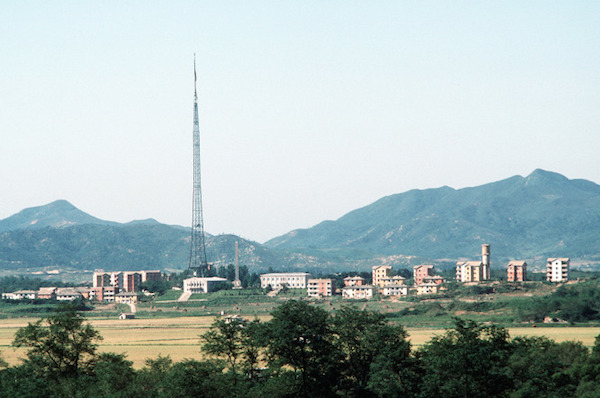 From a distance, the North Korean village of Kijong-dong, built in 1953, looks like any other town with houses, schools, and even a hospital—but all is not as it appears.

Sitting in the heavily guarded Demilitarized Zone (DMZ) that separates North and South Korea, the town is widely referred to as “Propaganda Village” and is believed to be a decoy for luring South Korean defectors.

The North Koreans claim the town has 200 residents and is a reflection of the country's economic success. However, observations have suggested that Kijong-dong is devoid of any human life. The buildings appear to be concrete shells with no glass in their windows, electric lights operate on an automatic timer, and the only people in sight are maintenance workers who sweep the streets to give the impression of activity. 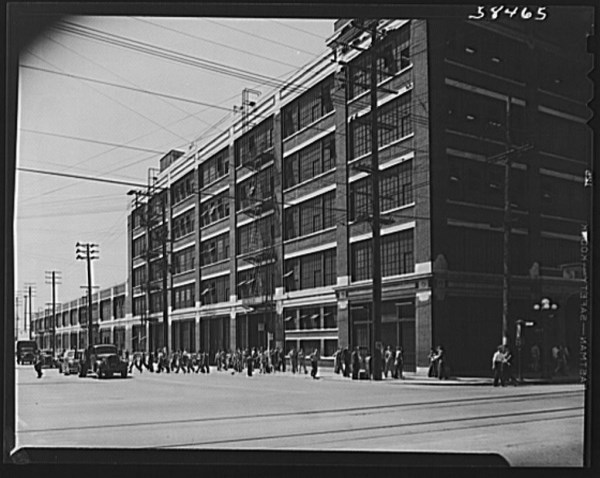 While it looked pretty obvious up close, from a distance, it looked like any other neighborhood. Hundreds of fake trees and shrubs were positioned to give the entire area a 3-dimensional appearance. Maintaining the illusion of a neighborhood also required signs of life and activity. Workers emerged to relocate automobiles and take walks. Some even took washing down from fake clotheslines only to replace it later at scheduled times.

The disguise of Lockheed ceased to be critical when the US Navy dealt a smashing defeat to a Japanese carrier task force at Midway Island. The threat of a serious attack on the West Coast diminished, then vanished, as did the camouflage.

6The fake Nevada town that was built for testing atomic weapons 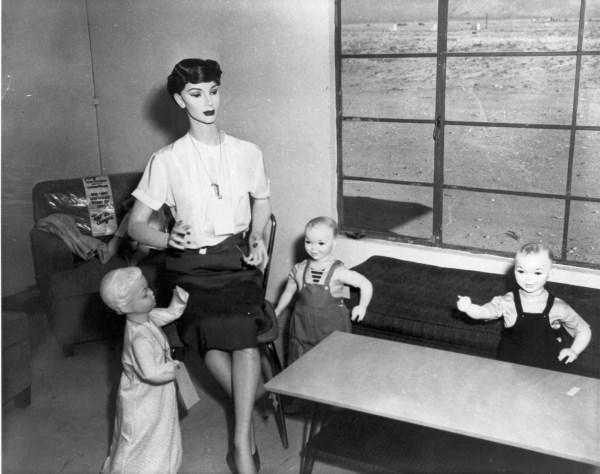 In 1955, a series of 14 nuclear test explosions, dubbed "Operation Teapot," were set off in the Nevada desert at Yucca Flat.

The most memorable of these tests occurred on May 5 of that year. The Apple-2 tests involved homes and other structures set at varying distances from the blasts to study the impact and effects of the explosions. They were known collectively as "Survival Town." The structures had mannequin families posed inside, and cameras watching to see what would happen. The military even shipped in canned and frozen food to stock the pantries and freezers, to see if anything would be safe to eat post-nuclear attack.

Survival Town had two double story buildings, three single story structures, an electrical transformer station, a radio station, a propane tank filling station, a weigh station, plus assorted cars and trailer homes. One of the buildings that survived the explosion with surprisingly little damage was a corrugated steel house placed a mere 6,800 feet from ground zero.

Believe it or not, some of the Apple-2 houses of Survival Town are still standing! If you're interested in visiting, contact the National Nuclear Security Administration's Nevada Field Office to book a tour. 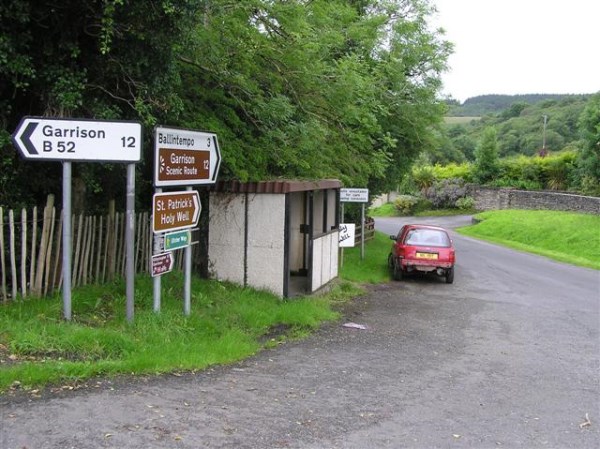 Northern Ireland hosted the G8 conference in June 2013, and government officials spent 2 million pounds obscuring derelict or abandoned buildings with billboards, demolishing eyesores, and installing picturesque security fences to hide economic problems in the region from the politicos passing through.

In the small town of Belcoo, the changes were prominent but merely cosmetic. At a former butcher's shop, stickers were applied to the windows to show a packed meat counter and give the impression that business was booming. Across the street, another empty unit was been given a makeover to look like a thriving office supply shop.

The fakes are not the first of their kind in Northern Ireland, a province recovering from three decades of sectarian violence that was largely ended by a peace deal in 1998.

Agloe in upstate New York was invented as a cartographical ruse in the 1930s, but it somehow ended up becoming a real place.

Mapmakers have been known to create subtle traps like nonexistent dead ends, fake river bends or adjusted mountain elevations. If a competitor just so happens to have the same fabricated location on their map, then you've pretty much caught them plagiarizing red-handed.

Agloe was the invention of Otto G. Lindberg of General Drafting Co. and his assistant, Ernest Alpers—its very name was a mix of their initials (OGL and EA). They insisted it did not exist, but when they saw a Rand McNally map with the same location, they knew for sure they had been copied.

Rand McNally sent cartographers to upstate New York, and there, where Agloe was marked on a map, was a building called Agloe General Store. The owners had seen Agloe on a map distributed by Esso, which owned scores of gas stations and, in turn, bought their maps from Lindberg and Alpers. If Esso claimed the place was called Agloe, the store folks figured, well, that's what we'll call ourselves. So, a made-up name for a made-up place inadvertently created a real place that, for a short time, really existed.