If we made a list of terrible renditions of “The Star-Spangled Banner," sit-com mom Rosanne Barr's version would certainly top it.

In the latter part of the 1980s and well into the 90s, Barr was the star of the top-rated TV show, Rosanne. On July 25, 1990, she performed the national anthem before a baseball game between the San Diego Padres and Cincinnati Reds at Jack Murphy Stadium. The result was a shrieking mess.

Days before her performance, she appeared on The Tonight Show. Then late night king Johnny Carson offered her a bit of advice when the subject of her singing at the game came up. “Whatever you do, don't start too high,” Barr remembers Carson telling her. “Robert Goulet started too high, and it was a disaster.”

Barr failed to heed Carson's advice—she started the song too high, later claiming that she had trouble hearing herself over the PA system. To make up for this, she ended up singing as loud as she could. After finishing, Barr mimicked the actions of a baseball player by spitting and grabbing her crotch as if adjusting a protective cup while the crowd booed her. Many were enraged by her performance, including President George H. W. Bush, who called her rendition "disgraceful."

In 1998, Sestic entered a contest to write a new Bosnian national anthem that was meant to help heal the country's bitter ethnic divides following its civil war. He didn't really want to win—he was more nostalgic for Yugoslavia than patriotic for the new country but entered a gently stirring song that he felt was good enough to come second or third. He wanted to pocket some prize money and move on.

Surprisingly, Sestic won the contest—and also won a lot of enemies in the process. Fellow Serbs, some of whom opposed the very existence of Bosnia, labeled him a traitor. Many were also angry that a Serb had written the tune that would symbolize their country.

A decade later, Sestic won another contest for the lyrics to the anthem. However, politicians who weren't on his side ended up not approving them, and he was never paid his €15,000 in winnings.

To add salt to the wound, someone pointed out that his national anthem was awfully close to the music that opens the 1979 classic comedy film, Animal House. A newspaper eventually tracked down the Animal House composer's family and tried to get them to sue. Dusan went on TV to defend himself but acknowledged that he might have seen the film as a young man and heard the song.

On August 18, 2014, Salman Mohammed, a philosophy student in Kerala, India, was arrested after he and several friends refused to stand up during the national anthem. The group sat as a music video of the anthem was played in a theater before a movie they were about to see. This led to protests by several members of the audience. A heated argument followed, after which a complaint was filed against Salman and his friends.

Unbelievably, Salman, 25, was charged with sedition under the Information Technology Act and faced a possible life imprisonment. He was granted freedom after spending 35 days in jail.

Looking back at his time in behind bars, Salman said, “At first, a few inmates tried to attack me saying they would make me sing the national anthem, but another group rescued me from the assault."

Amnesty International India has criticized Salman's arrest and sentencing, calling it “unwarranted." Shailesh Rai, a program director for the organization, said, "Nobody should have to go to prison merely because they are accused of causing offense."

4The bizarre lyrics to the Algerian national anthem

Moufdi Zakaria wrote the words to the anthem in 1956 while imprisoned for his political beliefs. It is said he wrote Qassaman (aka, The Pledge) on the walls of his Algerian prison cell using his own blood. The poem was set to music by Mohamed Triki and finished by Mohamed Fawzi and became the national anthem in 1957.

You can tell by reading the lyrics that Zakaria was angry at the French with whom Algeria was in a bloody war for independence that would last almost eight years. Lyrical highlights include: "We swear by the lightning that destroys, by the streams of generous blood being shed" and "When we spoke, none listened to us, so we have taken the noise of gunpowder as our rhythm, and the sound of machine guns as our melody."

In 2003, opera singer Tony Henry became known as the "Voice of Arsenal." Fans were impressed with his rendition of “Abide with Me” before the FA Cup final in 2003 at the Millennium Stadium in Cardiff, Wales.

In 2007, things turned out a little differently when the opera singer sang the Croatian national anthem, "Lijepa naša domovino" before Croatia's match against the England at Wembley Stadium. Before a crowd of 80,000 (and millions watching on TV), Henry made a mistake with the lyrics. Instead of singing "Mila kuda si planina" ("My dear, how we love your mountains"), Henry crooned "Mila kura si planina" ("My dear, my penis is a mountain").

“I can't even defend myself at the end of the day,” he said afterward, on learning of his error. “It was apparently the last line of the second verse that I made the mistake on.”

The Croats took it in good humor and had the last laugh by winning the match 3-2. Henry's agent Douglas Gillespie, said, "The Croatians think it's great. They've invited him to come over and sing at Euro 2008, and asked if he will be their mascot."

“The Star-Spangled Banner” is a pretty difficult song to sing. It calls for a performer with pretty incredible range. In my opinion, no rendition has come close to soul singer Marvin Gaye's version, which he sung at the 1983 NBA All-Star game.

The Motown legend was in the midst of a career comeback that started with his 1982 worldwide smash hit, “Sexual Healing.” He also had a growing cocaine addiction that caused his personal life to spiral out of control.

You wouldn't know Gaye had any personal problems by watching his slick performance. Looking sharp in a suit and mirrored sunglasses, he delivered one of the most soulful and moving renditions of the “The Star-Spangled Banner” ever heard.

On November 28, 2009, while performing in Munich, English musician Pete Doherty of Baby Shambles/Libertines fame decided he would treat the crowd to a version of that country's national anthem.

The only problem was his rendition of the German national anthem included the discarded Nazi verse “Deutschland, Deutschland über alles" which was dropped after WWII.

After singing the anthem, Doherty continued his set for another five songs before festival organizers asked him to stop playing. A local radio station, which was broadcasting the show live, also cut short its transmission after Doherty had started the song.

Doherty's spokesperson apologized and explained that “Peter himself is of Jewish descent and has fought against racism and fascism with numerous organizations including Love Music, Hate Racism. This is a subject he feels very strongly about.”

8The national anthem that was flubbed Borat style 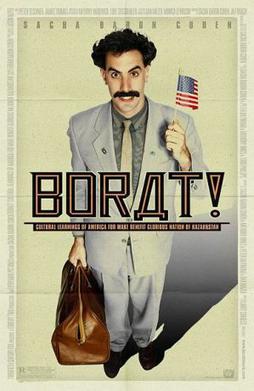 The nation of Kazakhstan is nothing like its spoof portrayal shown in the 2006 mockumentary Borat. The world's ninth-largest country is the most economically advanced of the "stans," thanks to its abundant reserves of oil and other valuable minerals. However, you wouldn't know that if you watched the 2012 Arab Shooting Championship in Kuwait. With the president of Kazakhstan, Nursultan Nazarbayev, looking on, event organizers mistakenly played the parody anthem from Sacha Baron-Cohen's film.

Though this was a huge embarrassment for the organizers, Kazakh athlete, Maria Dmitrienko, who won the gold medal, paid no mind and held her head high through the whole ordeal. You have to hand it to her for keeping a poker face while the following lyrics echoed throughout the arena: “Kazakhstan greatest country in the world. All other countries are run by little girls. Kazakhstan number one exporter of potassium!”

This is just painful to watch. Relatively unknown French-Canadian singer Caroline Marcil attempted to sing the American and Canadian national anthems at an exhibition game between U.S. and Canadian hockey teams in April 2005—"attempted” being the operative word here.

Marcil, 24, took to the ice and started singing “The Star-Spangled Banner,” but ended up forgetting the lyrics twice and sneaking off to look at a cheat sheet, only to fall flat on her back as she returned to the rink. That final embarrassment was enough to make her leave the ice for good, with rest of the song left unsung. The singer later redeemed herself by singing the American national anthem on ABC's Good Morning America a few days later.

Who are we to laugh? A recent study found that 61% of Americans don't know the lyrics to the anthem. 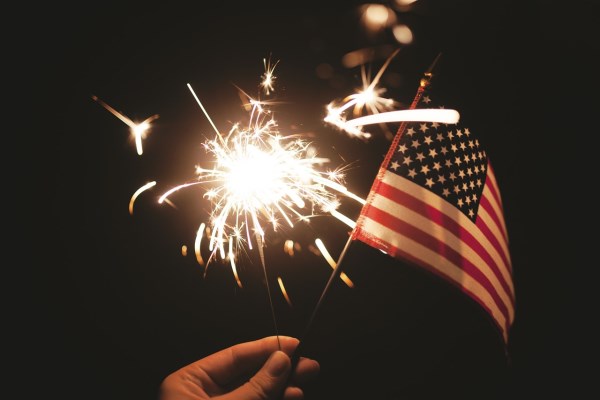 On July 4, 2015, a Florida man was arrested for playing the national anthem.

Lane Pittman, 22, was playing electric guitar in front of his friend's house when a police officer told him to move out of the street. Although Pittman said that the officer gave him permission to continue playing on the sidewalk, the Neptune Beach Police Department denies those claims.

In a YouTube video, Pittman is clad in a stars and stripes top while wailing on the national anthem for the pleasure of 200 plus onlookers, but the party ends when officers arrive. The musician was arrested and charged with breach of peace.

Officers said that the crowd turned hostile, and the only way to stop the escalating situation was to remove Pittman from the location. The guitarist, however, says the crowd was peaceful. Maybe the police didn't like the way Pittman broke into some Ted Nugent after the anthem?