1The London neighborhood that is filled with empty mansions 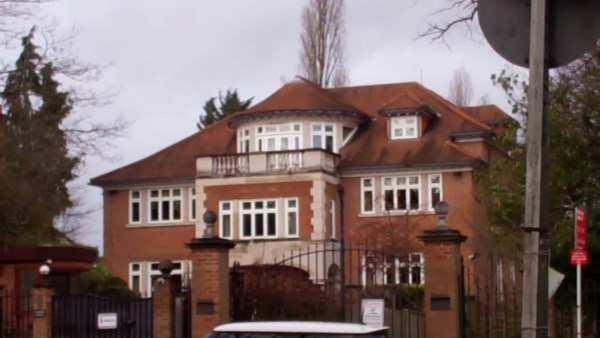 Billionaires Row is the most expensive neighborhood in London. However, behind the doors of many of the homes, there is little in the way of opulence and luxury.

A third of the mansions in the area are vacant and have been left to rot for almost 30 years. The homes are out of the price range of most Londoners and instead attract wealthy buyers from overseas. The vacant properties include a row of 10 mansions, worth approximately £73m, which are thought to be owned by members of the Saudi royal family. They were purchased between 1989 and 1993, and most have been left untouched since.

Egyptian-born Dr. Magdy Adib Ishak-Hannah, a surgeon and businessman who has lived in the neighborhood for close to a decade, says he has never met his neighbors and believes only three of the houses have been occupied full-time since he moved in. 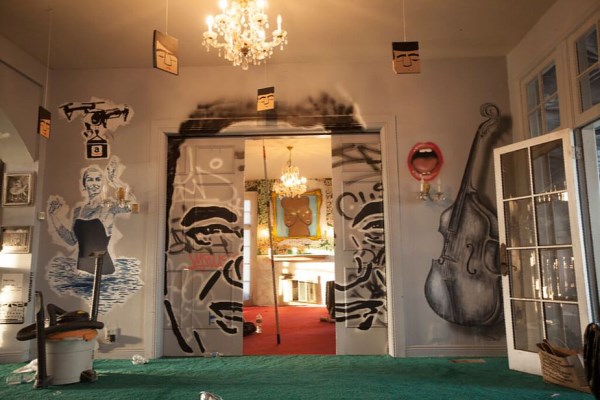 New York street artist Hanksy—and more than other 40 artists—breathed a little life into a derelict mansion in the West Adams district of Los Angeles when they hosted a one-night-only art show called Surplus Candy in October 2015.

The artists worked diligently to fill pretty much every surface of the crumbling old home with new pieces, totally transforming the house in the process.

3The derelict LA mansion that is now used for film shoots 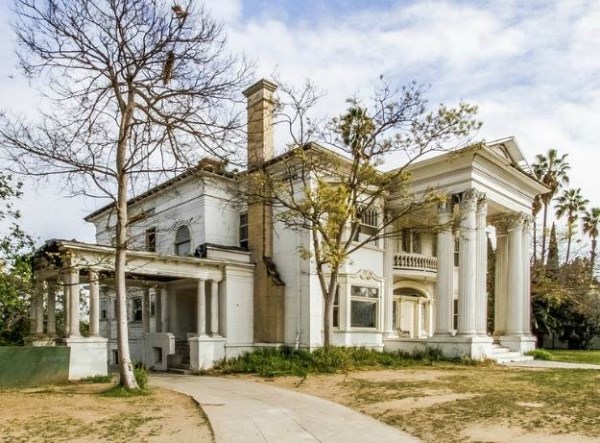 Until recently, Los Angeles Historic-Cultural Monument #117, aka the Beckett Residence, was considered uninhabitable.

The imposing Colonial Revival on South Harvard Boulevard was built in the early 1900s for Dr. Wesley Beckett, a chairman of the trustees of the Los Angeles County Medical Association and a member of the board of trustees at USC.

The once-grand, six-bedroom, four-bath home is currently being used as a standing film set. It was purchased in January 2015 by Jeffrey Gordon Weiss, 64, and his boyfriend, David Bailey, 28. They are now in the process of signing a 10-year restoration contract with the state of California under the Mills Act, promising to undo time's ravages in exchange for benefits such as zoning and tax breaks. 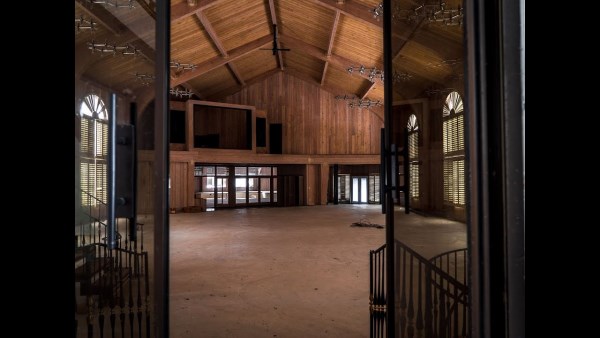 Mike Tyson is currently enjoying a bit of a comeback, but in the early '90s he was jailed for rape. He went to jail again in 1999 on assault charges, after which he was broke and struggling.

During that time, Tyson was forced to sell his 19,500-square-foot mansion on 58 acres in Southington, Ohio, where he'd lived since the 1980s. It was purchased by a TV marketer for $1.3 million, but he never moved into it (he's currently in jail for money laundering). The house sat vacant years—until now.

The property has been sold to Trumbull County developers who are currently in the process of transitioning the grounds into a church. They hope to have it ready by Christmas 2015 and have invited the former heavyweight champion to services. 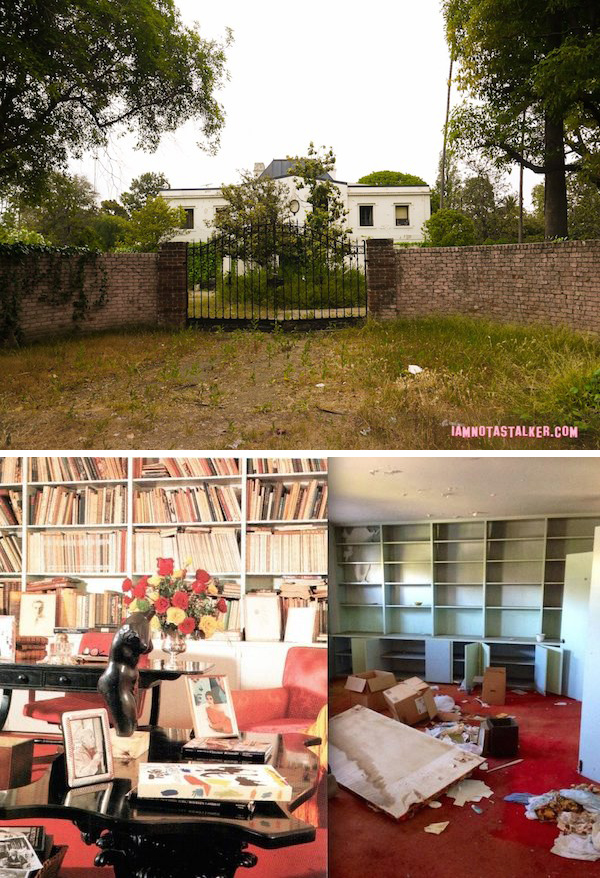 Real estate in Beverly Hills is some of the most desireable in the nation. Despite this, a 5,800-square-foot estate lies vacant and crumbling. The forgotten home, built in 1925, was once owned by stage and screen director Vincente Minnelli, and was at the center of a bitter public battle between Vincente's daughter, Liza, and her step-mother, Lee, that resulted in a lawsuit and kept the house in limbo for four years.

Vincente Minnelli died in the house in 1986. He willed his widow lifetime use of the property but put Liza in charge of his estate. In 2000, Liza decided to put the house up for sale, reportedly offering to purchase a condo for her step-mother. However, when the house sold in 2002, Lee refused to budge.

The two women were at an impasse. Liza stopped paying for everything having to do with the house, including utilities. 94-year-old Lee slapped Liza with a lawsuit, charging her with "breach of contract, elder abuse and infliction of emotional distress" for trying to kick her out of the mansion.

The lawsuit was eventually dropped, and an elaborate arrangement was reached with the new buyers that allowed Liza to pay them rent so that Lee could stay at the house until her death, at which point, the owners could finally move in. They finally closed escrow in 2006.

Lee passed away in 2009. The owners first talked about restoring the place, then discussed razing it—neither of which ever got underway. Since then, it's been a place for squatters—and urban explorers.

6The abandoned mansion that once housed a tax business, but was taken over by the city because of unpaid taxes 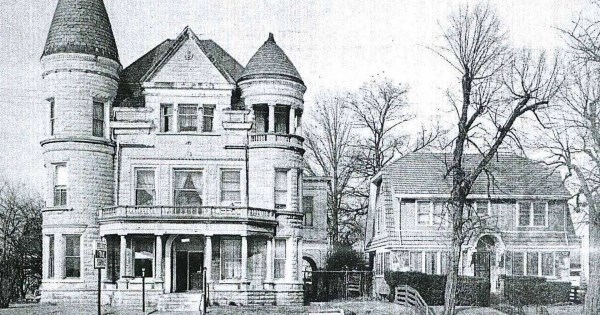 Ouerbacker-Clement House, a Romanesque-style mansion owned by a prominent coffee merchant named Samuel Ouerbacker, was built in the late 19th century in the once-fashionable Russell neighborhood of Louisville, Kentucky. Over the years, it was transformed from a residence into the offices of a tax business before it was ironically taken over by the city in 2005 because of unpaid taxes.

With the last tenants out, the grand building fell into disrepair, suffering from partial structural collapse, water damage, and vandalism. By 2008, The Louisville-Jefferson County Land Bank Authority sold the property for $1 to architect Scott Kremer, who had plans to restore it and use it for community purposes, but his plans fell through. He returned the building to the city, and in 2014, the bank once again sold the property for $1 to Oracle Design, which wants to restore it and turn it into apartments. 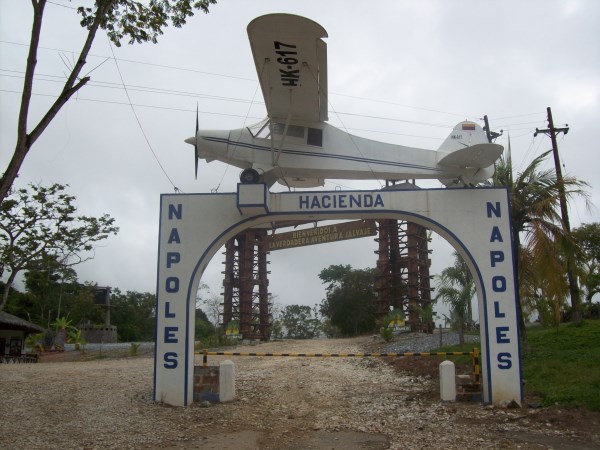 When Escobar's reign of terror ended, the Colombian government seized the property from the family. The mansion then served as a refuge for the country's poverty-stricken population until about 2006, when ever-increasing maintenance costs drove the government to turn it into a park. Now, the public is welcome to roam the grounds and tour Escobar's main home. 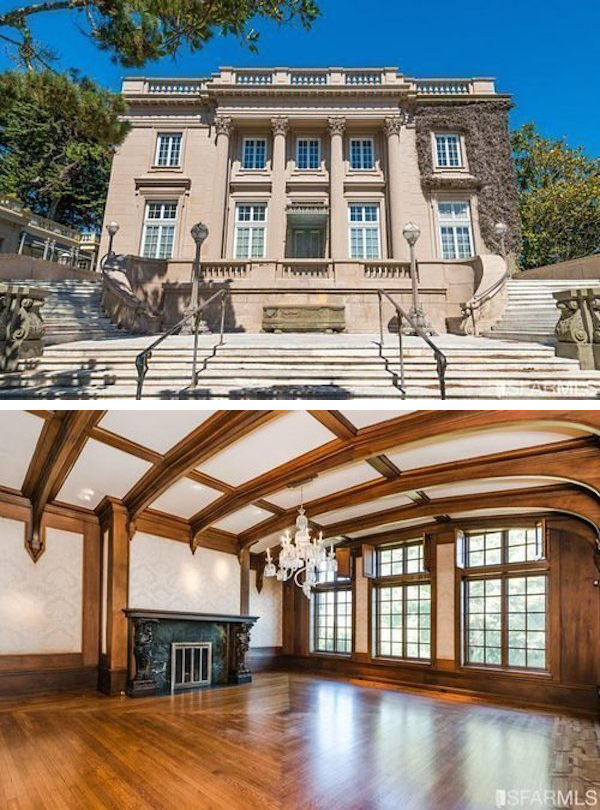 A 39-year-old man has been charged with selling 11 valuable paintings from an unoccupied San Francisco mansion he had been squatting in for months. The eight-bed, seven-bath Presidio Heights property has been on the market since Halsey Minor, the founder of the technology news website CNET, filed for bankruptcy in 2013.

Jeremiah Kaylor was arrested for trespassing and burglary after police received a call from Minor's former neighbors in October 2015 regarding a possible squatter in the mansion, which is known as "Le Petit Trianon," thanks to the facade that replicates the Versailles, France château of the same name.

Once police arrived, they found Kaylor inside. He said he was in the process of buying the house and produced fake documents but quickly admitted to selling the home's paintings at pawn shops and online. Nine of the stolen paintings have been recovered, and detectives have leads on the location of the other two. 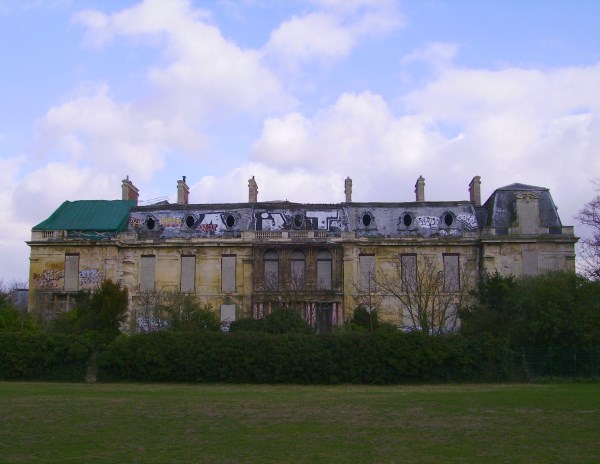 Five miles from Notre-Dame, beyond the lush, green lawn of the Edmond de Rothschild Park, standing behind a thick wall of shrubbery and bramble lies the ghostly, abandoned Chateau Rothschild.

The château has been abandoned since WWII. The Rothschild family (who amassed one of the largest private fortunes in modern history) fled to England before the arrival of the Germans, who plundered the house during the four-year Nazi occupation of Paris. After the city's liberation, the U.S. Army was the next self-service tenants at the Château Rothschild. After the army vacated, the family never returned, and over the decades the home has been left to deteriorate while serving as a playground for graffiti artists, squatters, and vandals.

The château was declared a historical monument in 1951. In 1979, James Mayer de Rothschild's youngest son, Baron Edmond, sold the castle for a symbolic 1 franc to the city. They, in turn, sold it off to a wealthy Saudi Arabian buyer for 50 million francs (something close to €7 million today). More than thirty years later, under the same ownership, the house is in ruins, with an estimated €30-million price tag for the renovation.