The world's largest pop culture convention, the San Diego Comic Con is filled with all kinds of amazing cosplay. While costumes are entirely optional, some people feel like they can get more attention with a bad costume than a good one. Here are some of the best of the worst spotted at the 2015 SDCC by photographer Zeon Santos and myself.

1The Great Royal Marshmallow & The Pabstrooper 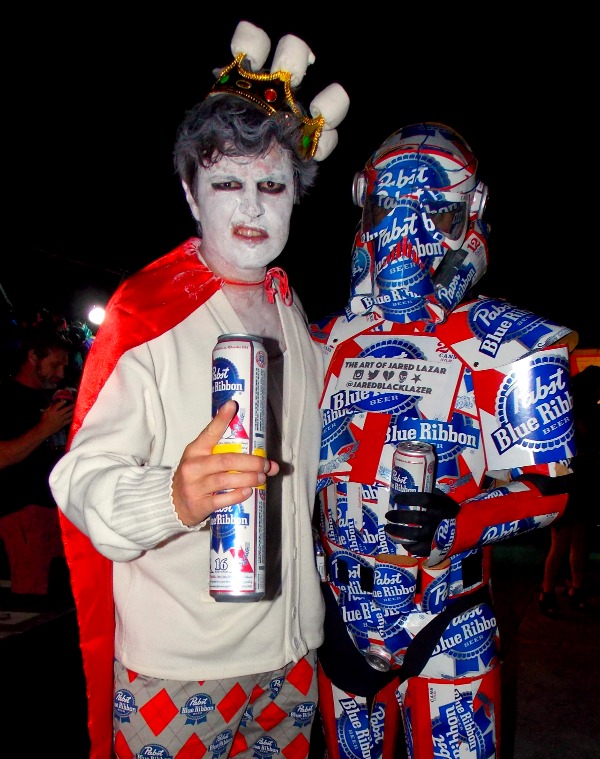 For those who only know The Wizard of Oz from the book, the Grand Royal Marshmallow is the ruler of Candy Country. These two were spotted at the Great Royal Marshmallow SDCC after party, but something tells me L. Frank Baum never envisioned the GRM looking like this.

On another note, artist Jared Lazer reminds us that just because this cosplay is intentionally bad it doesn't mean it's lazy. I'm pretty sure he spent a lot of time putting together his custom PBR stormtrooper suit. 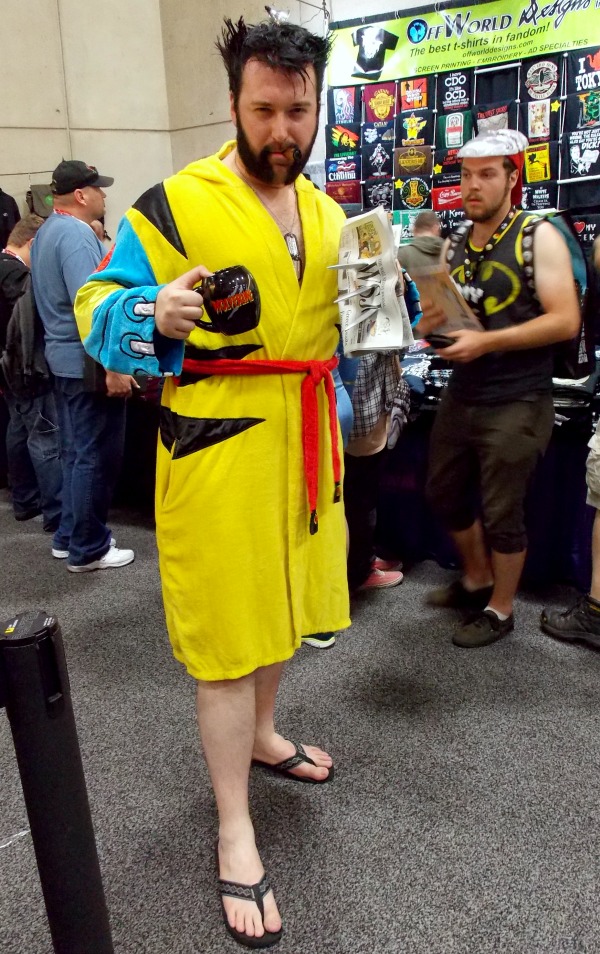 Want to wear a bathrobe to Comic Con and look cool at the same time? Then check out this guy's great idea to roll out as Wolverine in the morning. 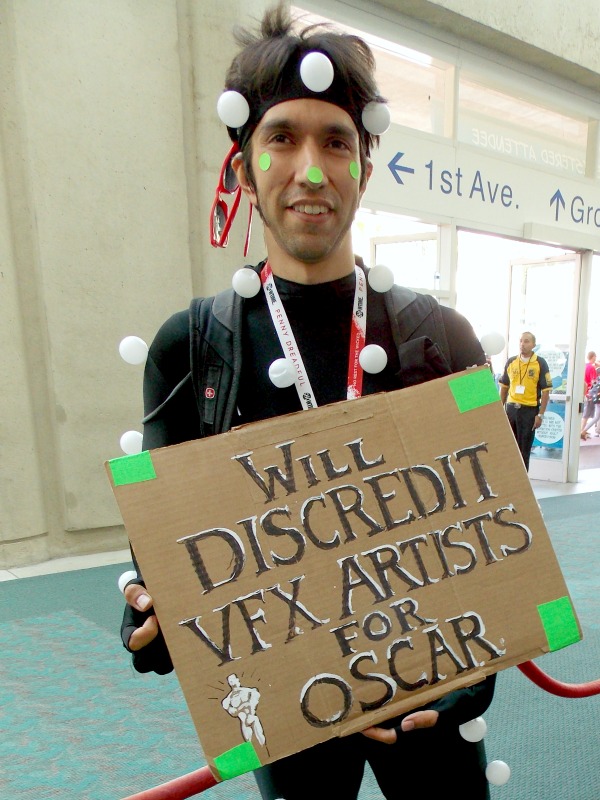 Sometimes crummy cosplay is a great way to make a statement. This costume does a great job lampooning Andy Serkis, who discredited the very visual effects artists that made his characters such as Gollum, Caesar and Ultron possible. 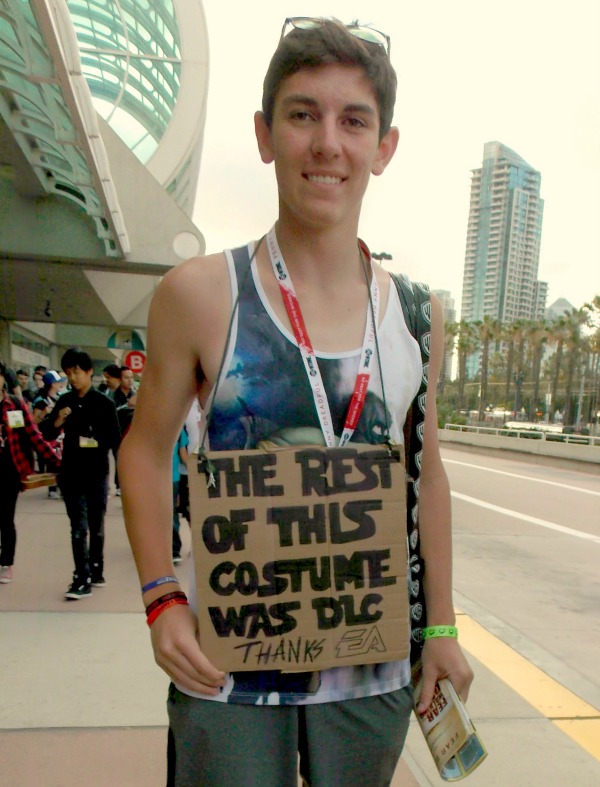 Here's another lazy cosplay that makes a hell of a statement, this time about EA's habit of releasing games that are practically unplayable without buying additional downloaded content. 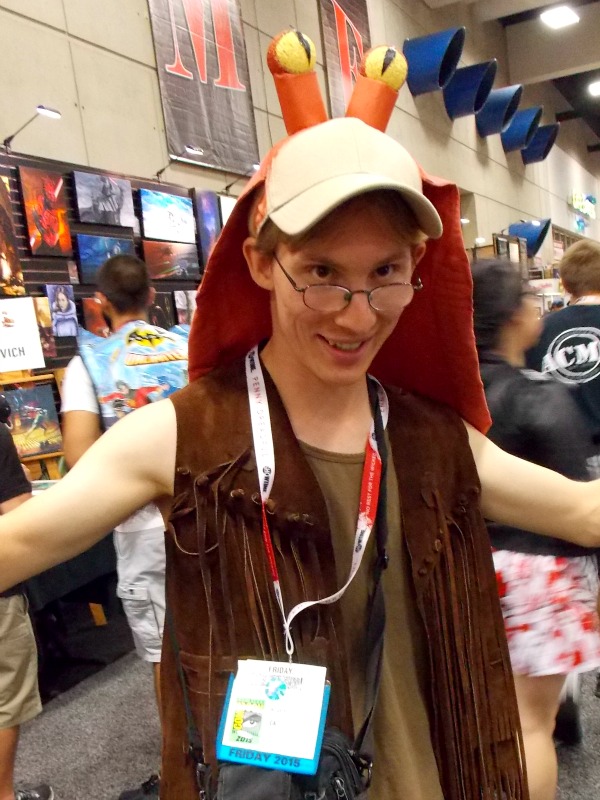 Practically everyone over the age of ten hated Jar Jar when the last trio of Star Wars movies hit the theaters. That's why it's so fitting that the only Jar Jar cosplay you're likely to see is appropriately terrible. 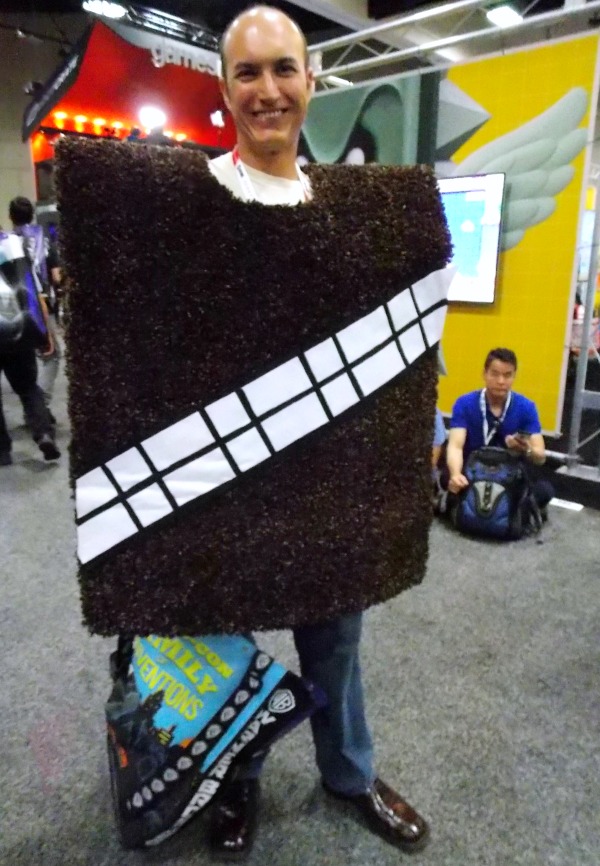 It's not wise to upset a wookie, so I sure wouldn't want to run by one while wearing this bathmat designed to look like the famous Chewbacca. 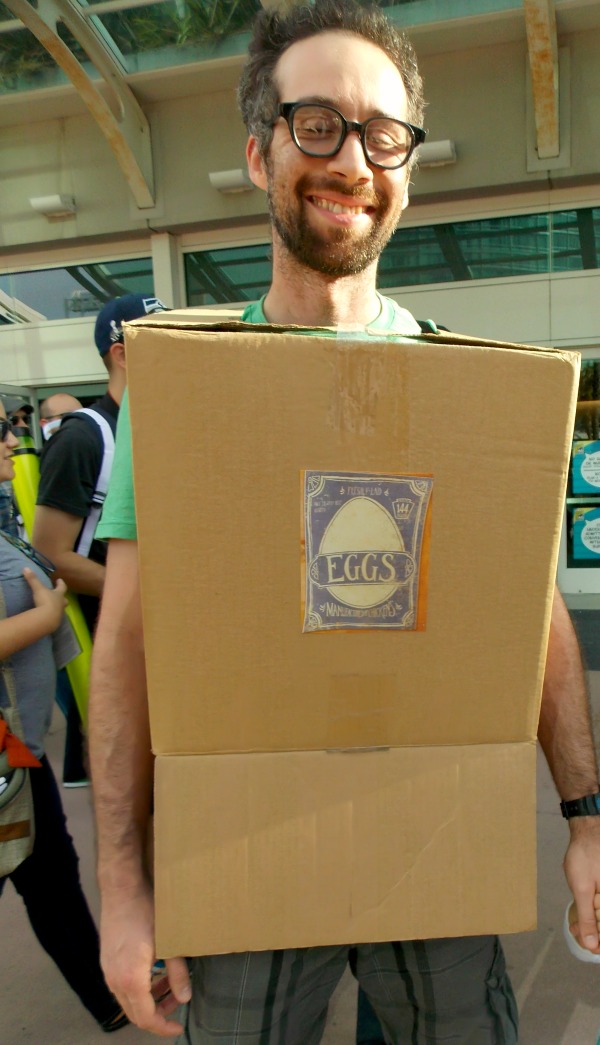 Sometimes crummy cosplay is more about solidarity than the costume itself, which is likely the case when it comes to this dad. He dressed up as Eggs of The Box Trolls to attend the convention with his little one, who was dressed as Elsa. 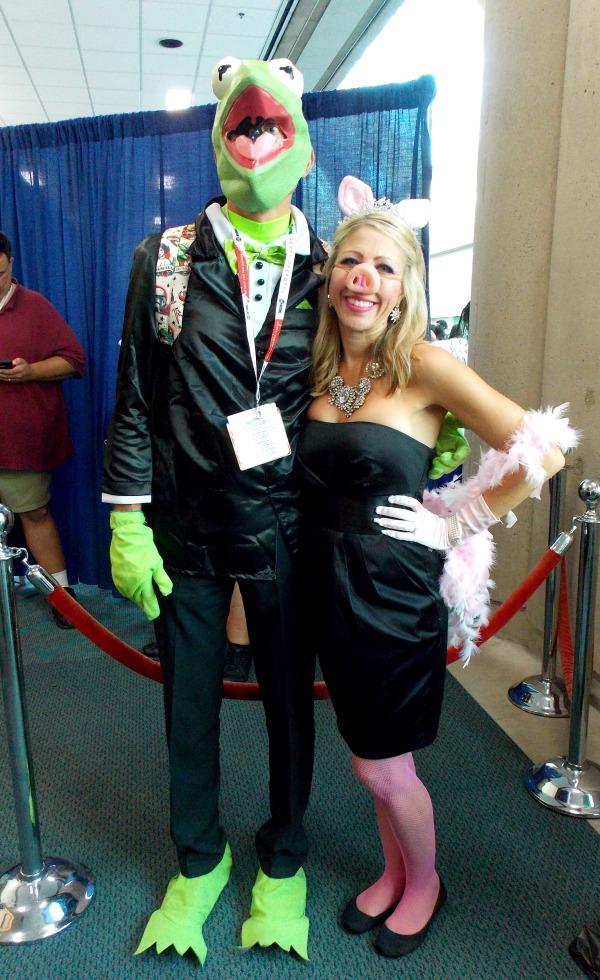 It's pretty likely that these two weren't the ones who came up with the idea of their whole family dressing up like Muppets. 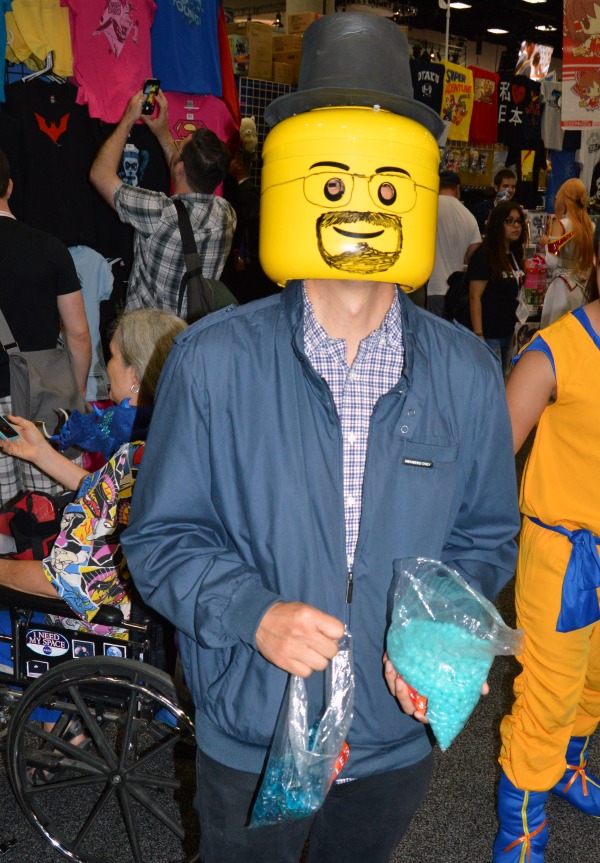 It's hard to be an authentic minifig with the awkward body and hand shapes, but with a simple Sharpie, a crummy hat and a collection of blue crystals, it's easy to make a Walter White minifig mashup. 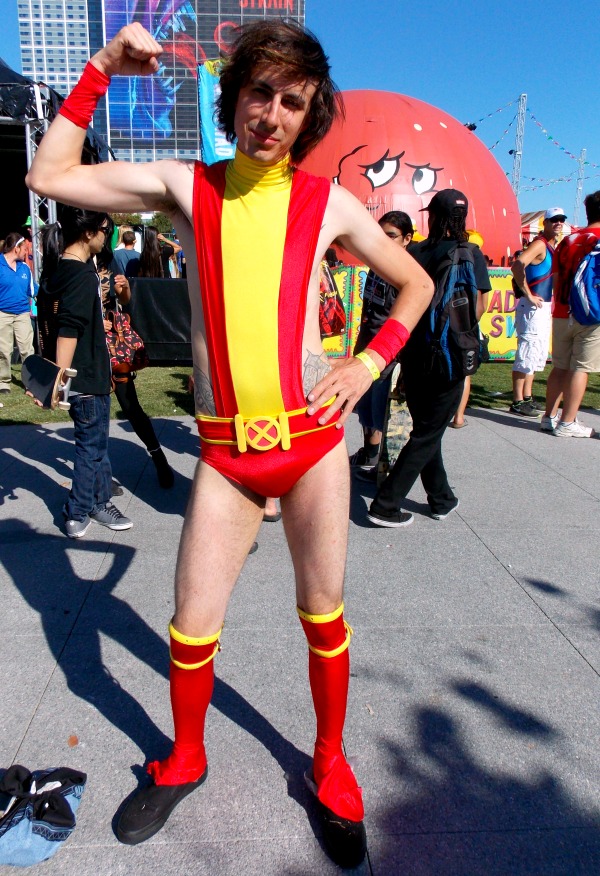 Making a costume isn't always the hard part of a cosplay. Sometimes it's the right body. This Colossus costume shows just how important a buff bod can be in certain costumes. 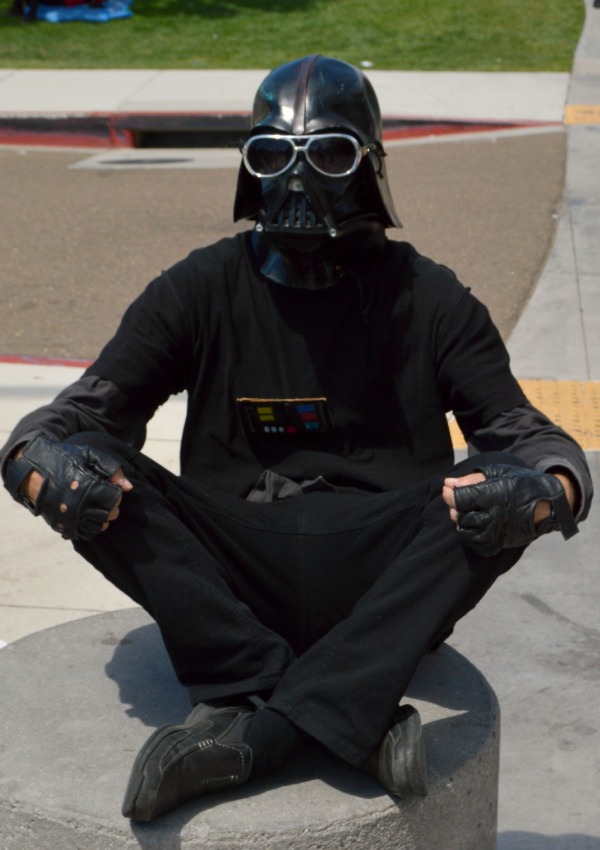 Darth Vader might wear all black, but his basic costume is still pretty complex. -For a lazier, laid back version though, take a tip from Laurence Scott and just wear all black with a helmet. 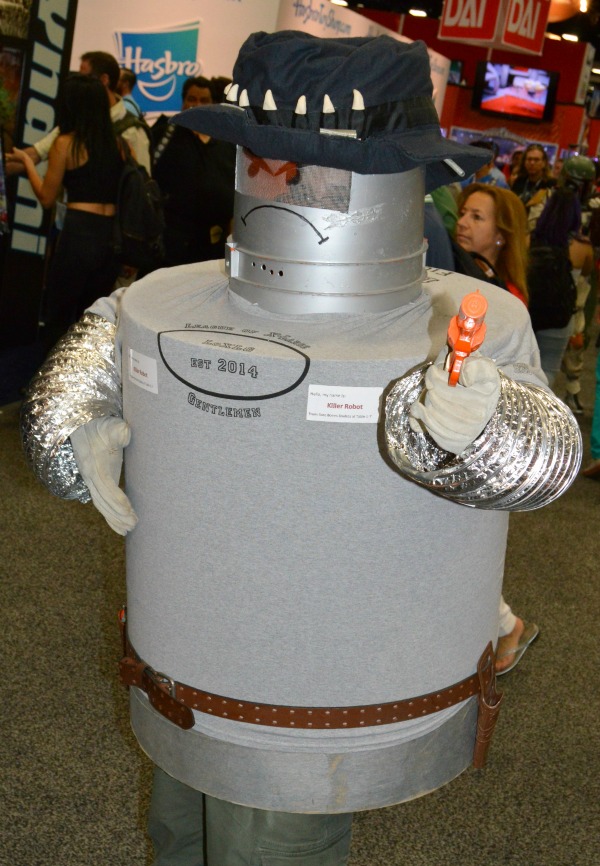 Silver paint, a few dryer tubes, a plastic bucket and other cheap materials are all it takes to make a killer robot. Not a great killer robot, but a robot nonetheless. 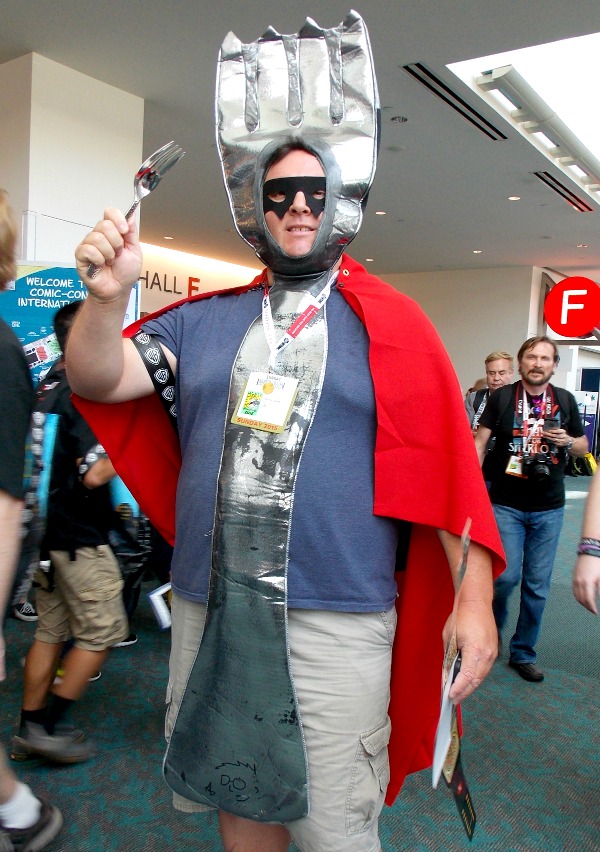 Why take the time and effort to replicate a complex costume when you could instead make your own, inexpensive costume? This forkman may not make any sense or even look all that impressive, but you got to admit, it's certainly unique. 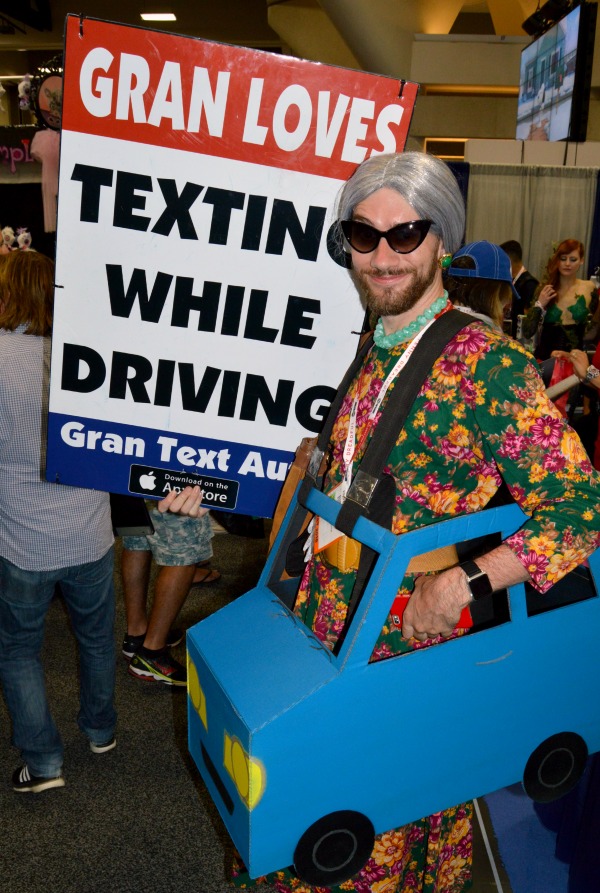 People at Comic Con love pushing their own projects and a strange, crummy costume is a great way to to promote your video game. At least that's what this guy did to push Gran Text Auto. 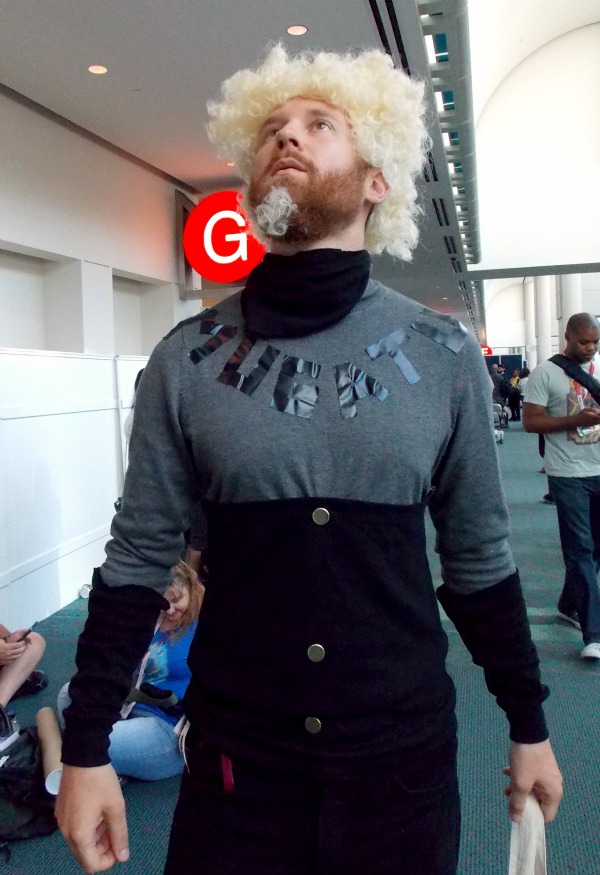 That purposefully bad cosplay is so hot right now, just like gluing a beard onto your beard.