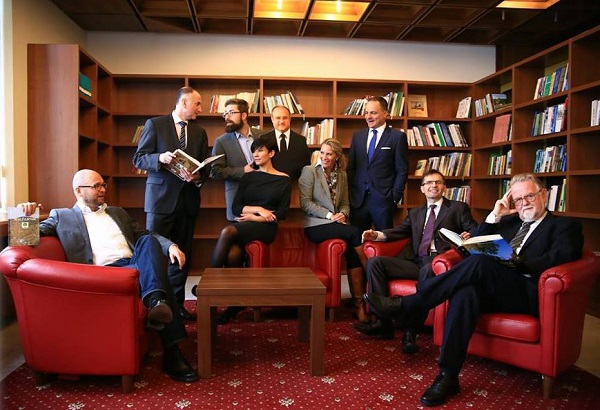 Often times, politicians are referred to as wooden or stiff. In the case of the guy standing in the middle, that's a very apt description. 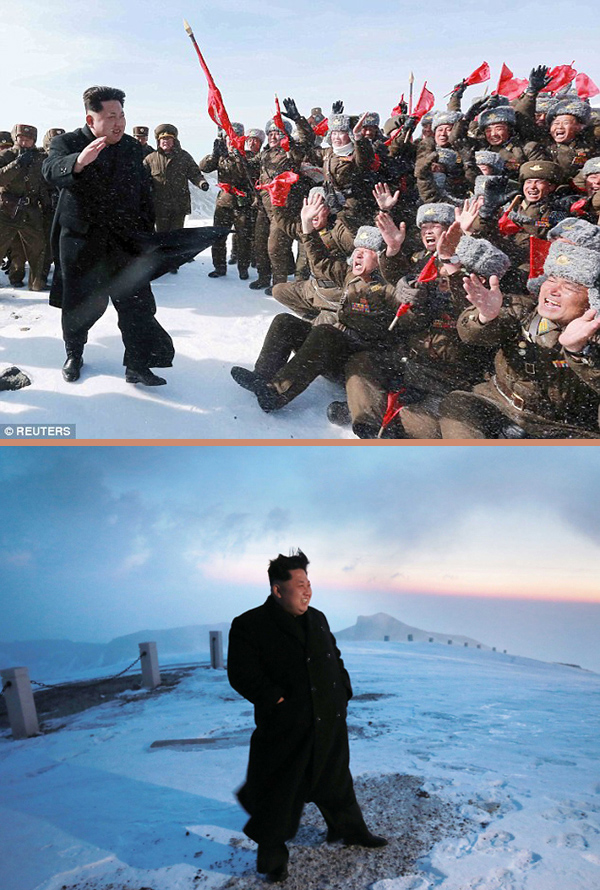 Kim is not in the best of shape to begin with, but what better way to show that he's connected to the country's ruling elite by having him climb 2700 meters up a mountain? In the snow. With no hat. And a limp and fancy hairdo. (Never mind that his shoes appear clean and polished and not at all caked with snow.) 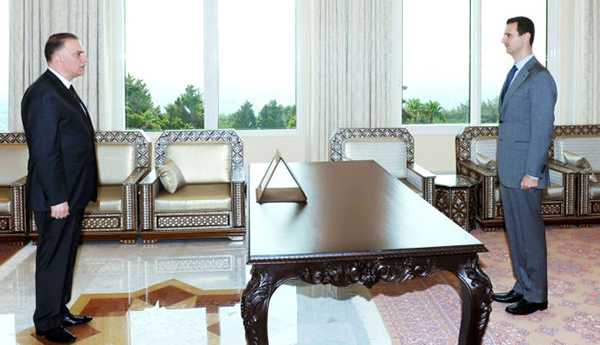 Check out this picture, which was released by Syria's state news agency, SANA, showing the alleged swearing in of Anas Abdul-Razzaq Na'em as the new governor of Hama in 2011. Everything about it is off, from the overly large table and the shadow it casts to the size of the man in gray suit. 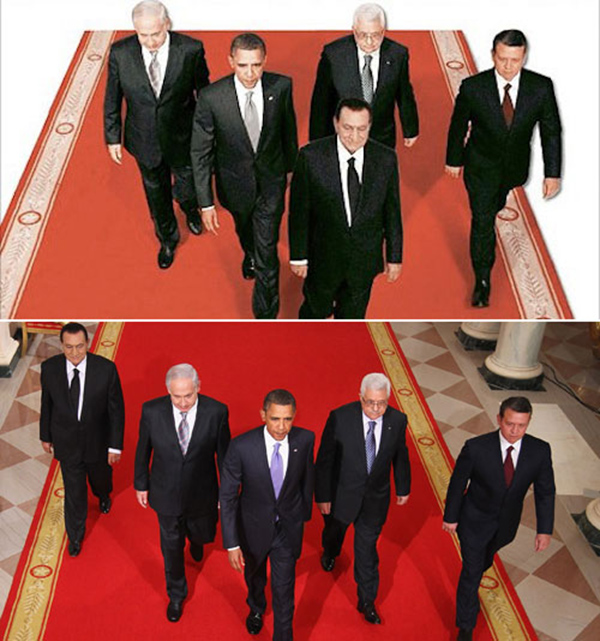 The photo was edited by Eygpt's Al-Ahram newspaper and run atop an article called "The Way to Sharm el-Sheikh" in 2010.

In the undoctored Getty photo (bottom), Former President of Egypt Hosni Mubarak is trailing behind and to the left of the big group of Middle East power players. But in the changed photo (top), he's right there in front, leading Obama and the rest of the gang to peace and prosperity. We get it, but why lose the floor around the carpet? 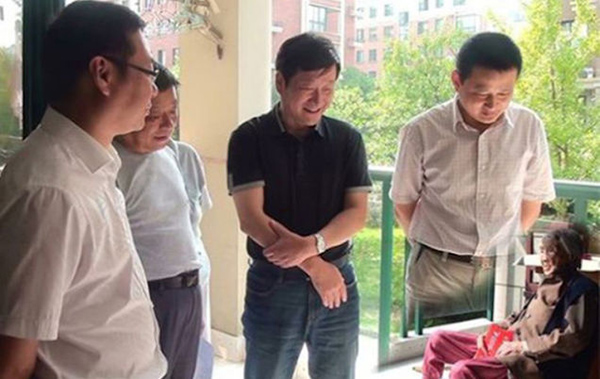 The picture above was posted online by the government of Ningguo, a small city in Eastern China in 2013. It was supposed to show the city's deputy mayor and three other officials with the city's oldest resident, a visit that actually happened. It became a Photoshop nightmare for China instead, in which three giant men plus a floating disappearing half man creepily hover over a miniature-sized old woman. 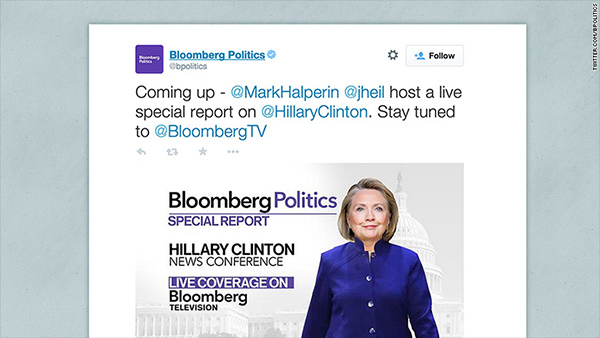 Hilary Clinton is one of the the most photographed women in the world, so it's anyone's guess as to why Bloomberg Politics Photoshopped her head onto a different body. The news organization acknowledged that it made a "bad call." Yeah, we think you did. 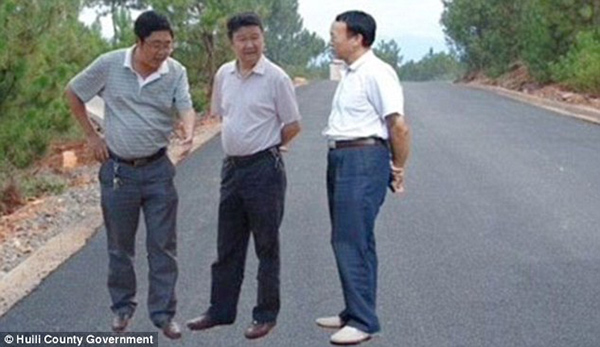 In 2011, these three Chinese politicians appeared to be levitating several inches above the ground and they are bigger than the countryside surrounding them. Even the the edges of their bodies are blurred. 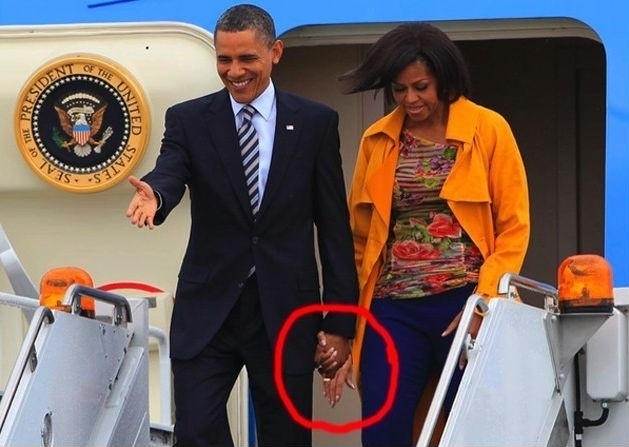 A political conspiracy or bad Photoshop? The Obamas and a third mystery hand. 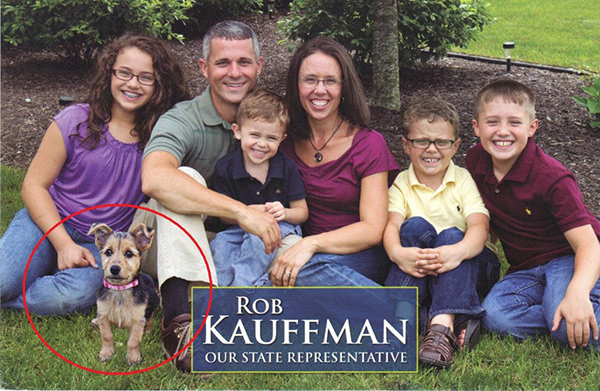 In 2012, Rep. Rob Kauffman, a Republican, running for his fifth term in the 89th House District west of Harrisburg, PA sent out this mailer to voters with a family portrait showing Kauffman, his wife Nikki and their four children. A few weeks later a new campaign mailer went out. This one featured the same photo with a new addition in the lower left corner: a puppy!

But why? For his part, Kauffman said he added the family's six-month-old adopted Yorkshire Terrier mix, Cora, to the photo because she joined the family after the portrait was taken. While that may be the case, maybe he should have hired a better Photoshop artist!

In March 2015, Cameroonian authorities paid tribute to 38 soldiers recently killed while fighting against terrorist group Boko Haram in Nigeria and against other militants in the Central African Republic. Three days later, an article was posted on the government's official website showing the president bowing before a soldier's coffin. As you can clearly see, the artist didn't do a stellar job on Photoshop manipulation.