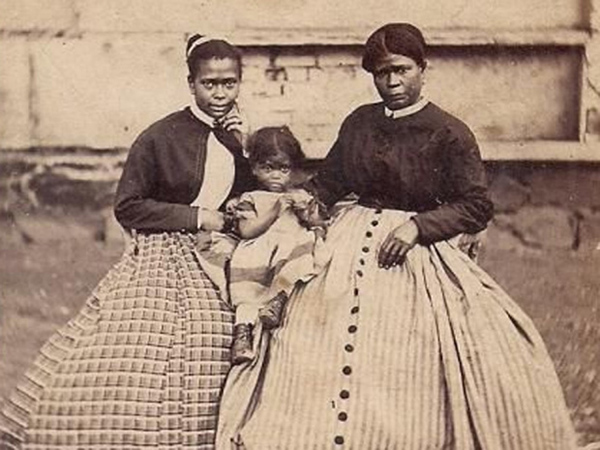 A rare photograph of Robert E. Lee's slave, Selina Norris Gray (and two of her eight children), has surfaced on eBay.

Mary Lee (Robert's wife) fled Arlington House in Arlington, Virginia, at the start of the Civil War. She gave Gray the keys to the mansion, and responsibility for the grand house the Lees had lived in for 30 years.

Gray is famously credited with saving numerous heirlooms from marauding Union soldiers belonging to George Washington that were stored in the house.

The photo of Gray was spotted by National Park Service (which administers the Arlington House) volunteer Dean DeRosa. The seller, in England, had found the photo in a box of “unwanted” pictures at a British version of a yard sale. 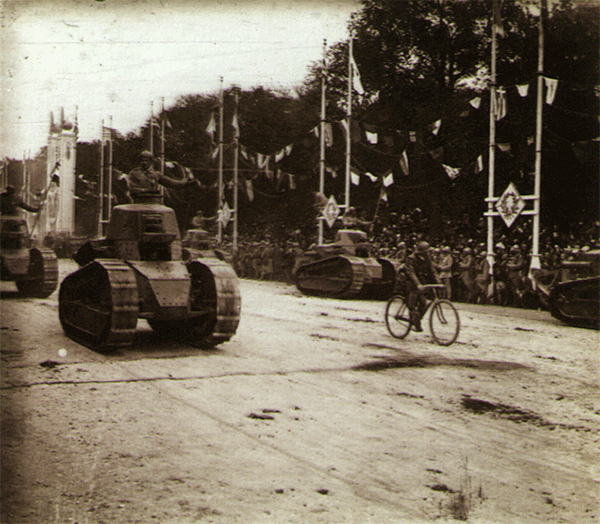 The antique camera had been in the possession of an elderly man who was clearing out his collection in preparation for retirement. It was found in pristine condition and included the original leather carrying case and glass slides. "Each slide is a piece of history in photographic form and I get shivers every time I place a glass slide into the 3D stereo viewer," says Hughes.

Check out the above image and many more like it digitally rendered (in 3D) at
A Nerds World. 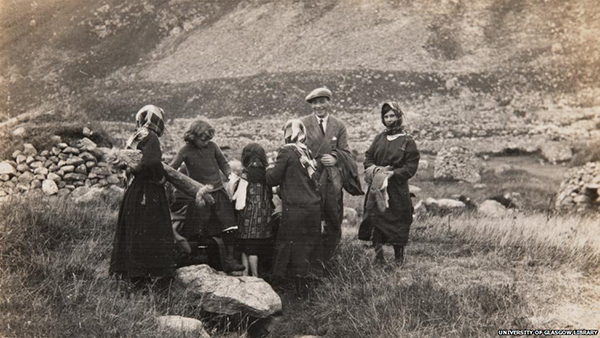 Keir Harper, a student at Glasgow University, discovered photographs taken by an academic while on a day trip to St. Kilda, Scotland more than 90 years ago.

The images show holiday-makers arriving at the remote archipelago just years before it was abandoned by it inhabitants after life on the islands became too difficult. These trips to the islands were advertised as a chance to "Come and See Britain's Modern Primitives."

People had lived on St. Kilda, the westernmost islands of the Outer Hebrides, since prehistoric times, but the population dwindled to just 36 people by the late 1920s. They finally left the island after an unusually harsh winter in 1929.

The island has since been uninhabited, but during the summer the population reaches up to 35 people, and is made up of National Trust for Scotland staff, contractors, researchers and volunteers in trust work parties. 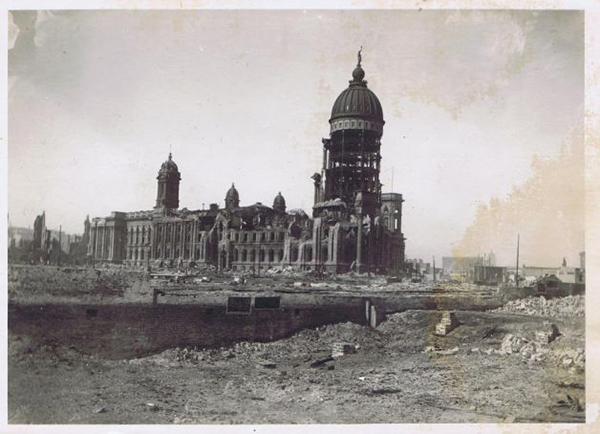 In the fall of 2014, writer Bob Bragman stumbled upon images of the great San Francisco quake of 1906 at a Bay Area flea market. Some of these rarely seen images appear to be streets or structures that have been photographed before, but from a different angle. 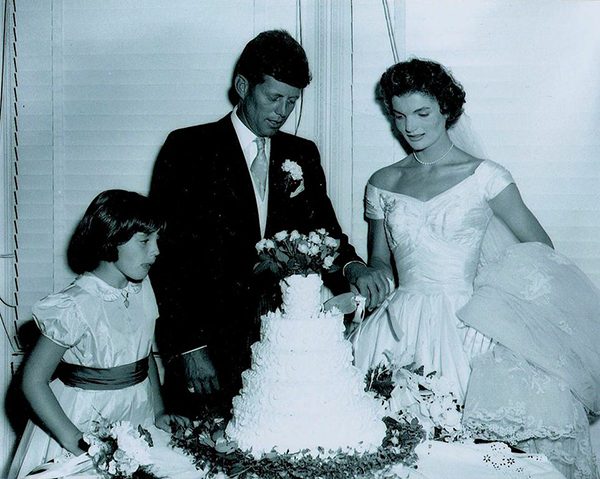 Thirteen negatives of John F. Kennedy and Jacqueline Bouvier's 1953 wedding, which are believed to be unpublished, were found in the home of freelance photographer Arthur Burges in his darkroom after his death in 1993.

Some of the images were shared online before being auctioned off in October 2014. 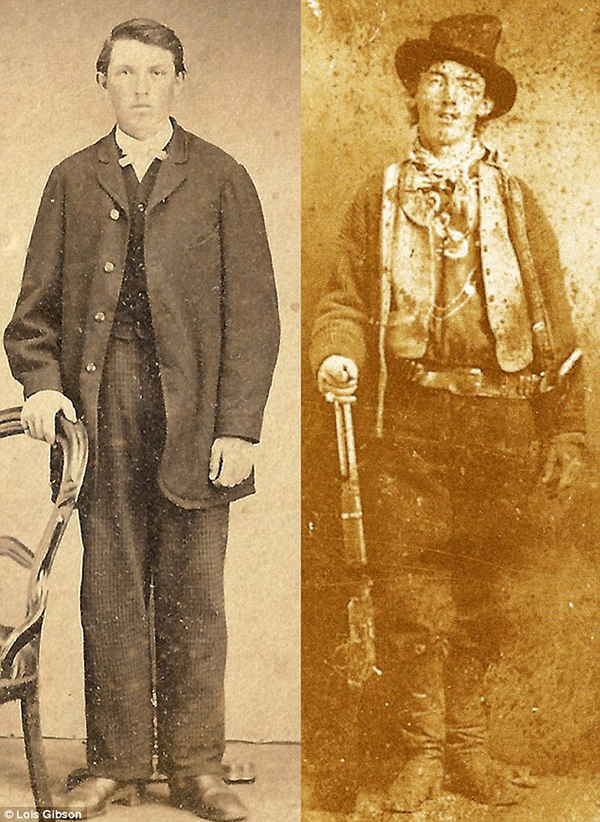 Is the young dapper man to the left Billy The Kid?

Forensic expect Louis Gibson, who previously identified the sailor kissing the nurse in the famous V-J Day picture taken in Times Square, has studied the latest image and says it is indeed the Kid, born Henry McCarty.

The only verified picture of Billy the Kid was sold in 2011 to billionaire William Koch, and is shown above, with the gunslinger leaning against his rifle in a cocky stance. 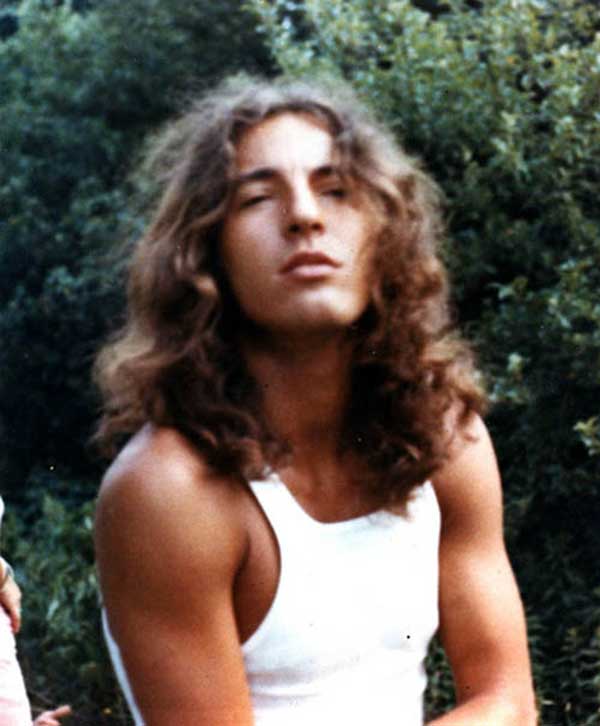 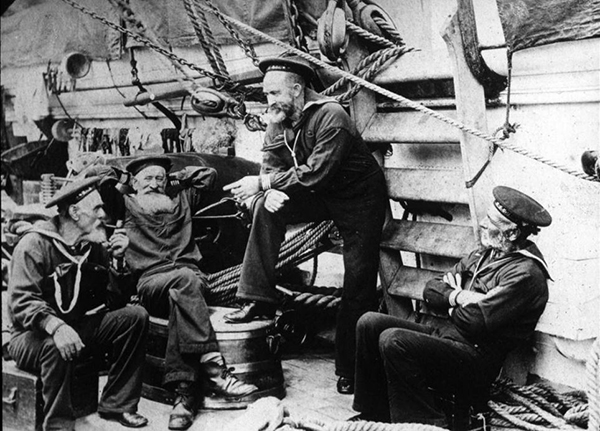 Rare photos of the U.S. Navy taken during the Spanish-American war were discovered by accident at the Naval History and Heritage Command in Washington D.C. when the photo archive team was preparing for a major renovation.

A box, containing about 150 original glass plate photographs, features images of all aspects of the war, from logistics to diplomacy.

Plans are now in place for the entire collection to be re-housed into new archival enclosures and shelving units. 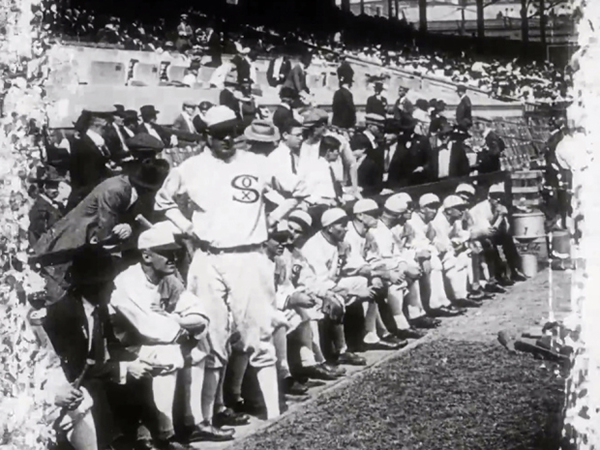 The above still of the 1919 World Series was found as part of a treasure trove of long lost films buried in the Yukon permafrost.

The 1919 series, known to baseball historians as the sport's “darkest hour," saw eight Chicago White Sox players, including the the legendary “Shoeless” Joe Jackson, accused of conspiring with gamblers to intentionally lose to the Cincinnati Reds in the so-called Black Sox scandal. This scandal was later immortalized in such films as Field of Dreams and Eight Men Out.

The film has spent at least four decades hiding in plain sight at a Gatineau, Quebec based preservation centre operated by Library and Archives Canada. The Black Sox film is only the latest cinematic treasure to emerge from the legendary Dawson Film Find, the 1978 discovery of more than 500 historic film reels buried beneath an old Dawson City, Yukon ice rink.

The isolated geography made Dawson the “last stop” for new movies and newsreels. The nitrate film reels of the era were notoriously flammable, and by the late 1920s Dawsonites began to nurture the very real fear that the movie collection posed a fiery threat to the town.

In 1929, the legal custodians of the film reels — the Canadian Bank of Commerce — used them to fill up an old swimming pool that was being turned into a skating rink.

Chilled by the surrounding permafrost, the make-shift tomb ended up maintaining the films in near-perfect conditions. 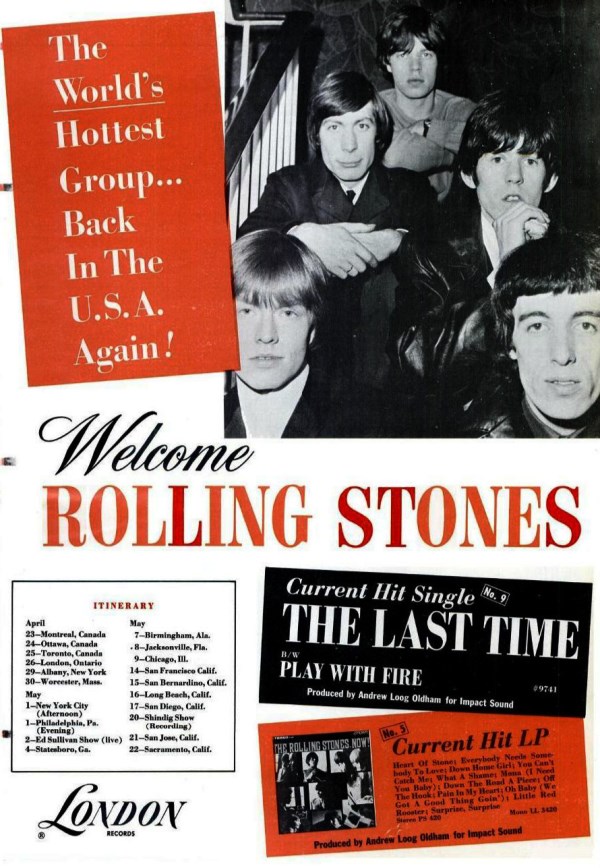 In 2012, Lauren White found several photos of the Rolling Stones taken during their American tour of 1965 — completely unclaimed in an unmarked box at an estate sale in southern California.

The Stones photos were shown at galleries in Los Angeles, New York and Miami – the photographer has yet to be identified. 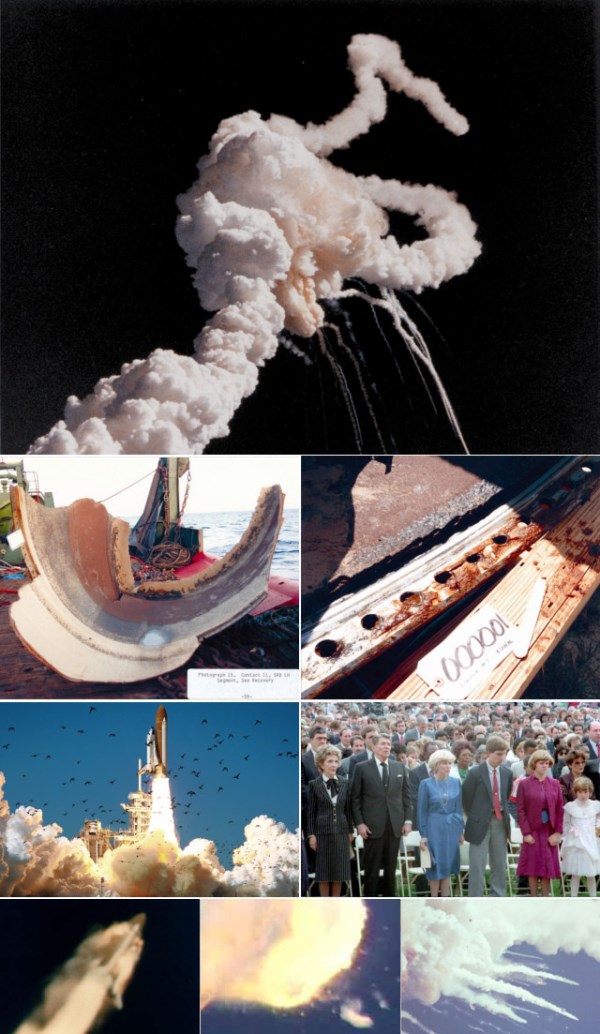 Michael Hindes' grandfather, Bill Rendle, worked as a contractor for NASA, and Hindes says Rendle got to see “just about every (space shuttle) launch.”

When Hindes' grandmother died recently in Quincy, Massachusetts, his family went through the family photos and discovered a series of forgotten images of the 1986 Challenger disaster as it unfolded. The set of 26 images starts with the launch, the shuttle, the takeoff and ends with unforgettable plumes of white smoke against a blue January sky.

Hindes has since shared the photos to Reddit, where participants recalled memories of where they were when the tragedy occurred. 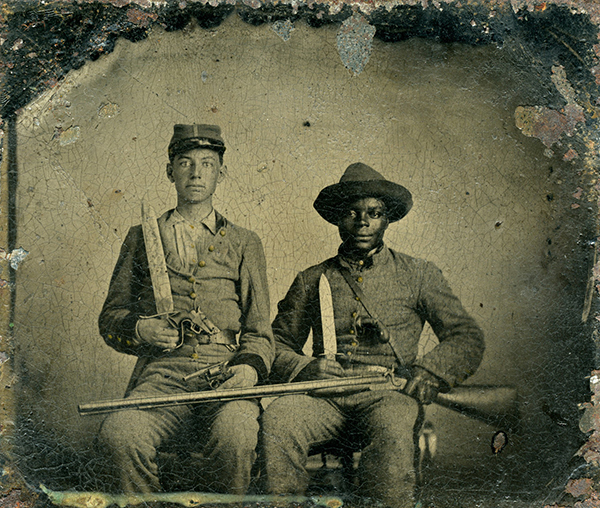 One of the most enigmatic images from the Civil War, a striking 150-year old tintype, has just been donated to the Library of Congress by a collector who bought it to give to the library.

The image, dated from approximately 1861, shows Sgt. Andrew Martin Chandler of the 44th Mississippi Regiment and his “servant,” Silas Chandler, one of 36 slaves owned by the soldier's mother.

The descendants of Andrew Chandler owned the photo until 2014, when it was purchased by Civil War buff and collector Tom Liljenquist, who recognized its significance and immediately turned it over to the Library of Congress.

“There's not another image like it, in terms of having an identified soldier and identified servant, that you can track,” he said. “There's some bond that brought these guys together and held them together,” he said. “Was it fear? Was it friendship? .?.?. We don't know.” 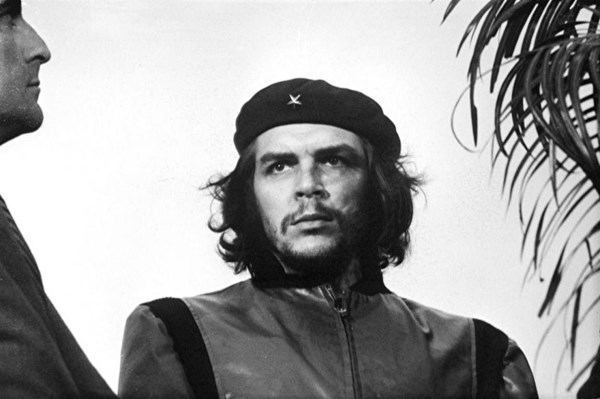 Thought to be lost, these historic photos of Argentine revolutionary Che Guevara taken by an AFP photographer shortly after his execution have been found in a small Spanish town.

The images, taken after Guevara was shot by the Bolivian army in October 1967, belong to Imanol Arteaga, a local councillor in the northern Spanish town of Ricla. He inherited them from his uncle Luis Cuartero, a missionary in Bolivia in the 1960s.

The photos were reportedly taken by a reporter named Marc Hutten who was in Bolivia at the time, AFP reported. Arteaga told AFP he believes Cuartero was given the photos in case Hutten faced difficulties in Bolivia. 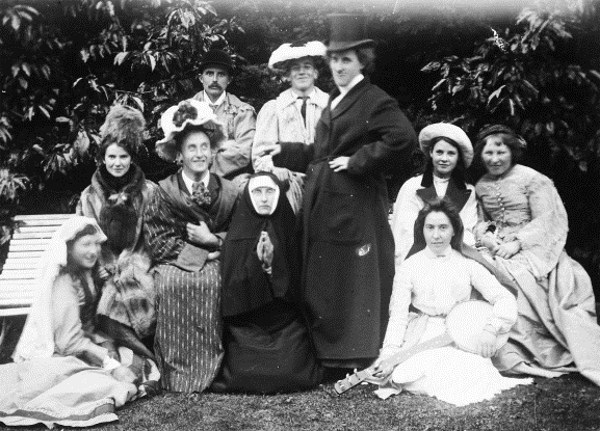 For Victorians, photography was a formal and serious affair. The poses they adopted still derived from the conventions of portrait painting, and long exposure times meant that natural, convincing smiles were difficult to sustain.

But were they really all that stiff and humorless in real life? Dawn Parsonage-Kent found evidence that Victorians were indeed as happy-go-lucky and fun loving as any current day, selfie-taking teen when she discovered over 200 glass negatives in an antique shop in Perthshire, Scotland.

The images, dating from around 1880-1900, were taken by one photographer of his family and friends in a variety of unusually relaxed, smiling, and sometimes silly poses (hence, why some of the subjects are a little blurred). 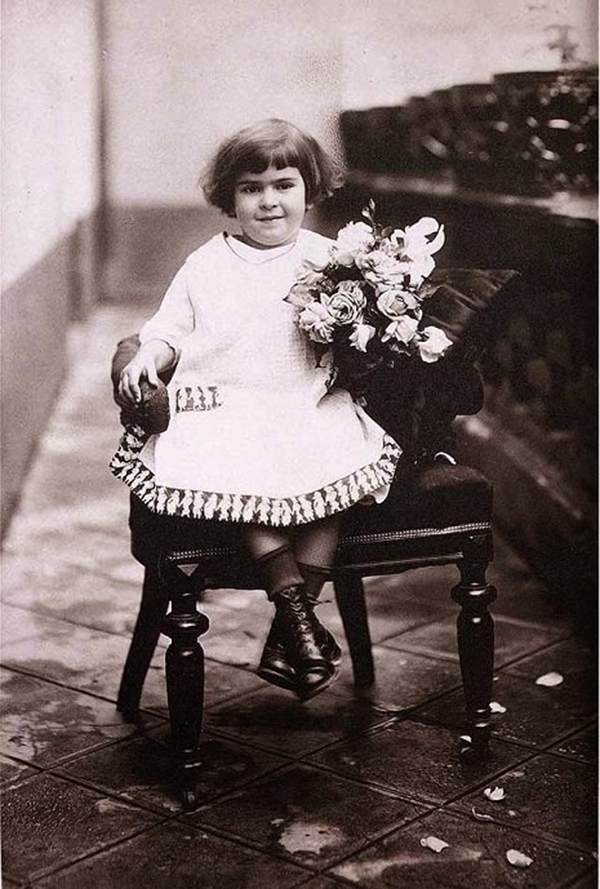 Image of a young Frieda Kahlo taken by her photographer father, Guillermo Kahlo. 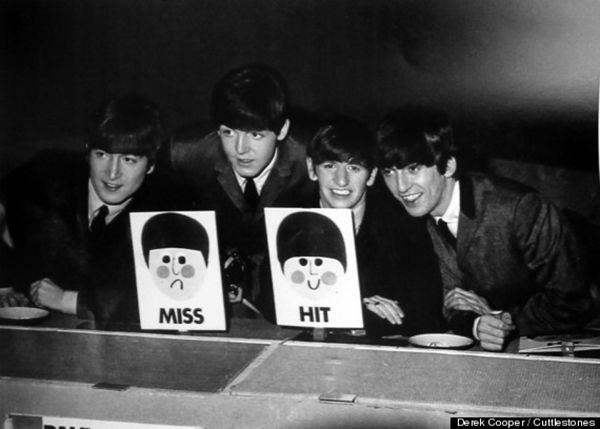 In 2013, 34 rare photos found on undeveloped film in cameras left behind by the Beatles official photographer hit the the auction block.

Longtime Beatles photographer Derek Cooper's photos were discovered by Tony Burke, Cooper's childhood friend. Burke said he didn't realize there was film in the cameras until more than 10 years after Cooper passed away. 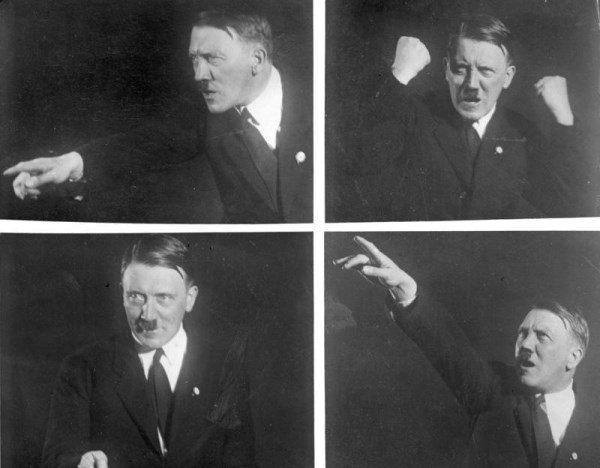 Taken by photographer Heinrich Hoffmann in 1925, the above image shows Hitler rehearsing while listening to a recording of one of his own speeches.

After seeing this series of photos, Hitler requested that Hoffmann destroy the negatives, but he did not. They were published in his memoir, Hitler Was My Friend, which came out in 1955. 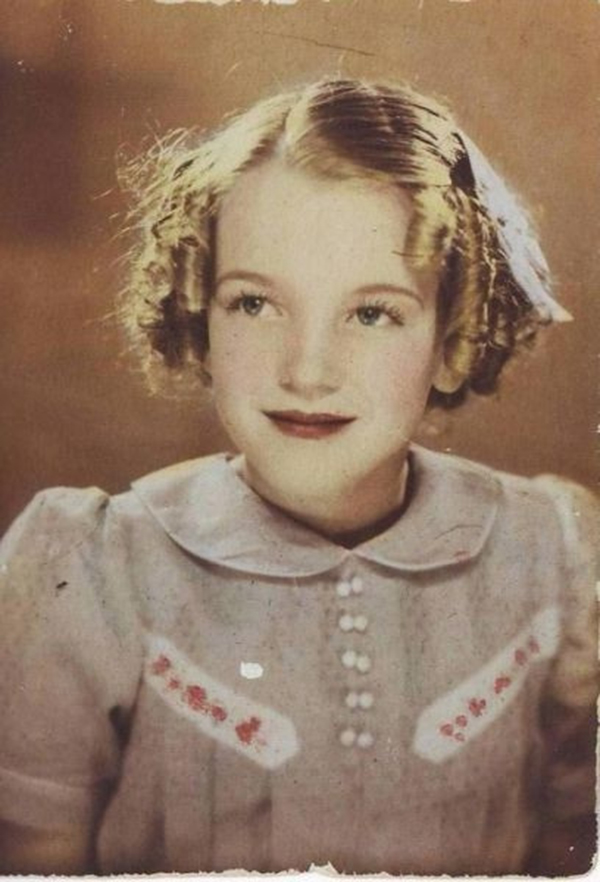 Marilyn Monroe as a young girl. 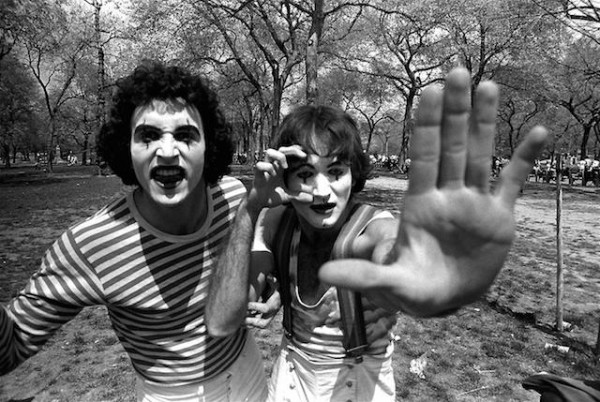 In Central Park in spring of 1974, New York photographer Daniel Sorine aimed his Pentax camera at two playful mimes, not knowing that he was about to capture a piece of history. One of the colorful characters, who needed little coaxing as he clowned for the lens, was Robin Williams.

The photos remained tucked away for 35 years before Sorine sorted through the old negatives and realized what and who he had captured that day.

Of capturing this piece of history, Sorine said he was "sad and thrilled. Sad because I loved Robin Williams as a person, an actor and simply because he was Robin Williams. The world is a less happy place without him.” 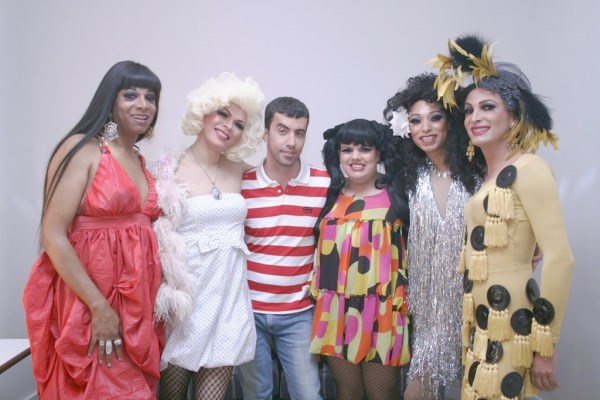 In 2006, artist Robert Heishman uncovered a group of slides in a Kansas City salvage yard labeled, “Jack's Slides: Chicago and Kansas City.” A few years later, his friend, Michael Boles, found a similar set of slides in a shoebox at a scrapyard. After comparing finds, the men soon realized they were looking at photos from the same events, likely taken by the same photographer. They named the collection Private Birthday Party after the sign event hosts would hang on the door to keep the events discreet. (In 1960s Kansas City, same-sex dancing was illegal and police would frequently raid gay clubs.)

The men are working with the Gay and Lesbian Archives of Mid-America and writer Emily Henson to research the images and hopefully identify the performers, partygoers and photographer.