Thousands of humans go missing everyday. Unfortunately, the explanation is usually crime--kidnappings, abductions or murder. In other instances, a person can runaway to escape something, or forge a new identity.

A missing persons case that can't be explained is considered a cold case. Of these cold cases, the vast majority have rational explanations, but investigators simply do not have the physical evidence they need to put the puzzle together. Still, there are a small percentage of cases that seem to defy logic altogether. 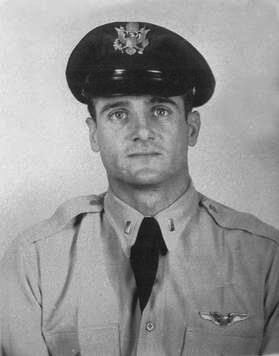 In 1953, Lieutenant Felix Moncla was stationed at Kinross Air Force Base in Michigan. An unidentified flying object appeared on radar and Moncla took an F-89 Scorpion interceptor to investigate.

Ground radar operators reported that Moncla's aircraft flew at about 500 mph and closed in on the object while crossing Northern Lake Superior from west to east at 7,000 feet.

At this time, operators claimed that on the radar, Moncla's aircraft merged with the UFO, at which point they both disappeared. A search and rescue turned up nothing and no debris or wreckage was ever found from either aircraft. Canadian aviation authorities have since maintained that there were no planes in the sky at the time of the mysterious "merger."

Moncla and his plane were never seen again.

2The Ghost Crew of the MV Joyita 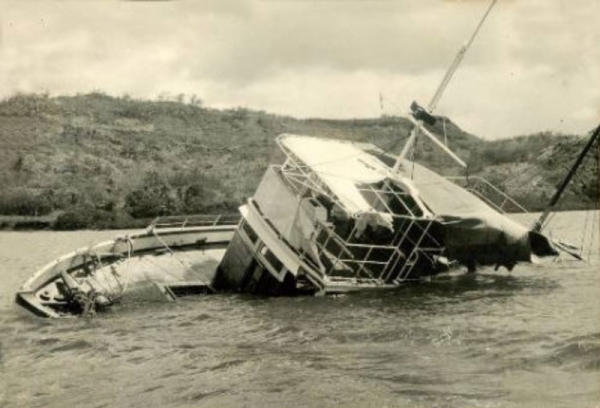 Like the much larger Titanic, the MV Joyita was considered “unsinkable,” but that didn't stop her from drifting in, half-submerged, to the Fiji island of Vanua Levu with all of her 25 passengers and crew members missing, 37 days after a two-day run to Tokelau on October 3, 1955.

The Joyita disappeared somewhere in the South Pacific and when she was found, the ship was missing four tons of cargo including medical supplies, timber, food and empty oil drums. The radio was tuned to the international marine distress channel. All the lifeboats were gone and blood-stained bandages were found.

Auckland academic David Wright recently claimed to have solved the mystery of the Joyita ghost ship. Wright says there is evidence that the boat was taking in water from a corroded pipe and began to sink. Thinking they had sent out a distress signal (though it turns out the signal was never actually sent), the captain and crew abandoned the ship in lifeboats. There weren't enough lifeboats for everyone and some of the passengers possibly floated in the dark water in life vests. Since no distress signal ever went out, it is possible the 25 people died one by one, by drowning or being eaten by sharks. Of course, whatever happened to the passengers who left in lifeboats is still a mystery.

3Frederick Valentich and the Strange Aircraft 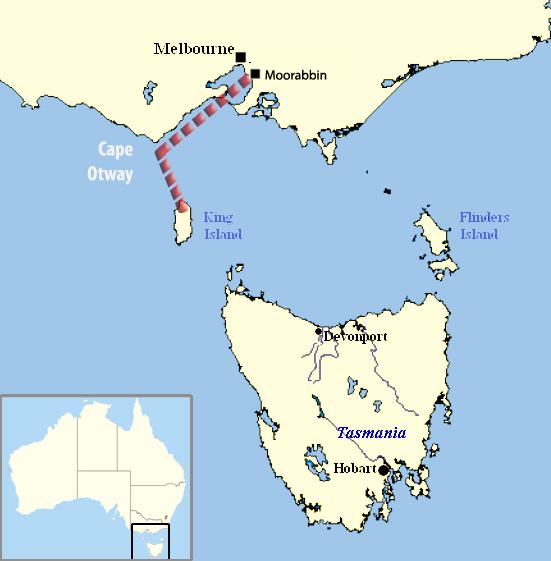 Valentich as a young pilot

The case of Valentich is notorious for the creepy recording that accompanies it. In 1978, Cessna 182L light aircraft pilot Frederick Valentich reported a UFO while on his way to King Island, in Australia. He claimed the unidentified aircraft was flying about 1,000 feet above him. Specifically, Frederick said, “That strange aircraft is hovering on top of me again. It is hovering and it's not an aircraft.”

Soon after, his aircraft began to malfunction and his plane disappeared from radar, never to be found again. Despite recent "evidence" that claims to debunk this case with the mere assertion that Frederick Valentich believed in UFOs, the final 17 seconds of the flight recording contain metallic noises that analysts are unable able to explain.

Want more? Well, it turns out that the Department of Transport's “Aircraft Accident Investigation Summary Report” contains a transcript of radio communications between Valentich and the Melbourne Flight Service Unit.

This case gets even weirder. According to a Royal Australian Air Force spokesman, about 10 reports of UFO sightings were also documented during the same weekend of the disappearance, and a few years later, a man claimed to have discovered an artifact which contained a message from Fredrich Valentich.

4DB Cooper: The SkyJacker Who Disappeared While Evacuating a Plane 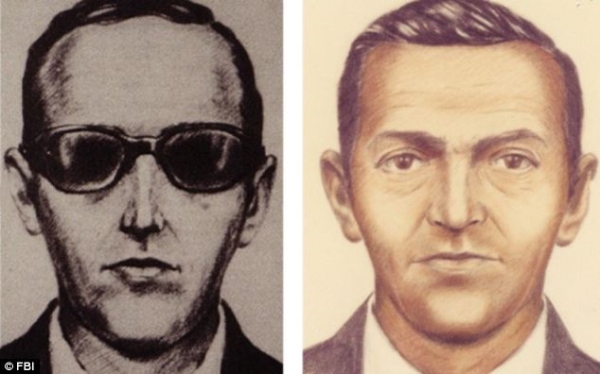 FBI sketch of the most famous skyjacker of all time

D. B. Cooper is the name popularly bestowed upon the most famous skyjacker of all time. On November 24, 1971, this still unidentified man hijacked a Boeing 727 aircraft between Portland, Oregon, and Seattle, Washington, and extorted $200,000 in ransom before parachuting into oblivion. The FBI has spent the last several decades with egg on their face, trying to crack the only unsolved air piracy case in American aviation history.

There have been many theories posited over the years, but no evidence. That is, until recently, when Cooper's niece claimed she remembers her uncle stumbling in the night after the hijacking, badly injured. Marla Cooper also provided investigators with a photograph of her uncle and a guitar strap originally owned by Cooper for fingerprint testing. Tests of his fingerprints have still not conclusively proven anything though, and the mystery persists.

5The Multiple Disappearances of the Bennington Triangle 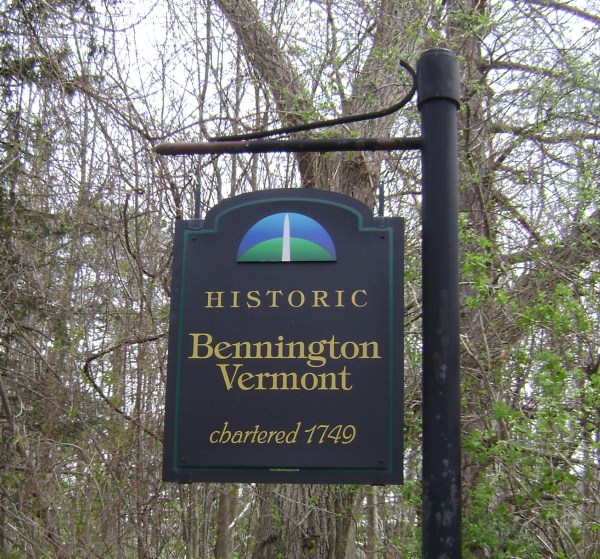 The Bennington Triangle case involves a series of mysterious disappearances over the course of thirty years, between 1920 and 1950, in Bennington, Vermont:
• On December 1, 1949, veteran James Tetford is said to have vanished from a crowded bus on the way to St. Albans. 14 other passengers testified that Tetford was in his seat sleeping and was gone before the bus had arrived at its destination. A lengthy investigation was launched but the man was never seen or heard from again.
• On December 1, 1946, 18-year-old Paula Welden disappeared while taking a walk. She was last seen by hikers who saw her rounding a bend along the Long Trail into Glastenbury Mountain. When they reached that location, she was gone and a subsequent investigation turned up nothing.
• In October 1950, 8-year old Paul Jepson disappeared from a farm. Paul's mother, who earned a living as an animal caretaker, left her small son happily playing near a pig sty while she tended to the animals. A short time later, she returned to find him missing. An extensive search of the area proved fruitless.

These are just three of at least six unexplained disappearances documented during these years.

6Hippies Absorbed by Lightning at Stonehenge 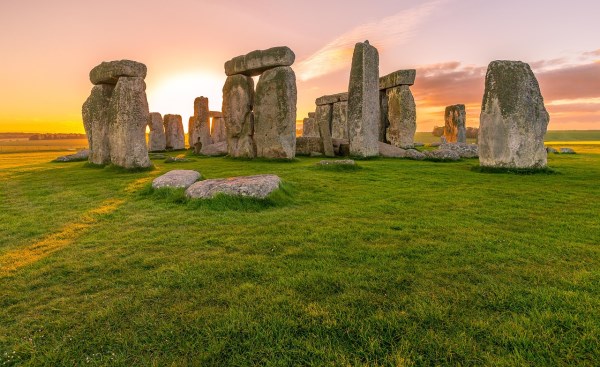 Stonehenge is one of the Seven Mysteries of Medieval World and used to be open to the public for camping and religious ceremonies. That was before August, 1971, when England's iconic standing stones became the site of a creepy disappearance.

A group of "hippies" pitched tents in the center of the circle and spent the night around a campfire, smoking weed. According to commonly accepted story, at about 2 a.m. a severe thunder storm descended upon the Salisbury Plain, bringing tremendous bolts of lightning. Two witnesses, a farmer and a policeman, said that lightning struck the Stonehenge stones and absorbed the entire area in eerie blue light that was so intense that they had to cover their eyes. The witness heard the campers screaming and when the lightning had passed, the witnesses ran to the stones. Naturally, they expected to find badly injured and burned people, who would likely be dead, or close to dead. To their amazement, and the chagrin of the paranormal and UFO communities, they found no one. Only burning tent pegs and the campfire.

There is virtually no information on this story. Were the campers incinerated by the lightning? Did they even exist in the first place? The story is dubious but has persisted in urban legend and is made more mysterious by the fact that there are 14 major ley lines that converge at Stonehenge. Some say they create a powerful vortex. 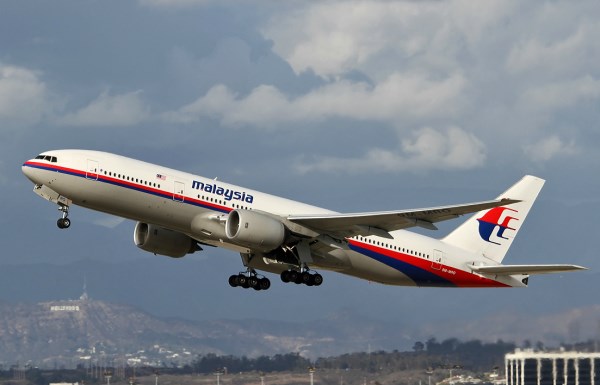 While conspiracies and mystery still abound, a student claims to have spotted the plane

One of the most baffling mysteries in modern aviation history is now also one of the great conspiracy theories of the 21st century.

What we do know is this: at some point the plane's transponder was manually turned off, and the flight changed paths sharply. During this time, no cell phone calls were placed by scared passengers or crew, no distress signals were sent out by the pilots, and not a shred of wreckage has been found.

The standard theories at this time are:
• a fire or technical problem on board caused the pilots to lose track of where they were and crash. (But why was there no distress signal and passenger texts or calls?)
• the plane was hijacked and taken to a high elevation in order to render the passengers and crew unconscious while it was diverted. (But how did the plane avert the myriad of international radar systems across such a vast expanse of land and sea?)
• The plane was thrown off course due to an onboard problem and then crashed somewhere in the Indian Ocean, where it quickly sank. (Again, why were there no distress calls, and why was the transponder turned off?)

Also adding to the mystery is the fate of the black box. This "indestructible" flight recorder never alerted authorities. Usually, the device will continue to ping information for 30 days after a crash or explosion. The fact that this plane's box went completely missing is yet another anomaly.

Conspiracies continue to persist, from the possibility that the Chinese hijacked the plane and flew it at a low altitude to avoid radar detection, to a hijacking via remote cyberterrorism. Recently, a student claimed to have spotted the plane using satellite images.

How did an entire village of Inuits go missing in 1930?

On a frigid night in November 1930, Canadian fur trapper Joe Labelle stumbled upon what has since been termed the "Roswell of the North." The Inuit village nestled in the trees next to Lake Anjikuni contained a mystery that shook Labelle to his core: an entire village of Inuits were gone without a trace.

Labelle found the following: a charred stew that had only recently been abandoned; huts containing large amounts of clothing and food (indicating the villagers hadn't abandoned their homes); a burial ground in which several graves had been unearthed and emptied; and a pack of sled dogs, which had been starved to death, buried under 12 feet of snow.

Labelle went to the nearest telegraph office and sent a message to the Canadian Mounted Police, who embarked upon what would become almost a century of unanswered questions concerning what happened to an entire village of 2,000 industrious Inuits. They've since conveniently dismissed the entire case as an urban legend.

Probably the creepiest part of this story is that on the night of the disappearance, there were separate reports by Mounties of a blue light traveling along the horizon. Trapper Armand Laurent and his two sons reported an unidentified object that changed shape from a cylinder into a bullet-like object and seemed headed in the general direction of the Anjikuni village.

The story has been challenged by many skeptics, who claim Labelle himself grossly exaggerated his story, or simply made it up. Other skeptics say the story was made up by Frank Edwards in his 1959 book Stranger than Science.