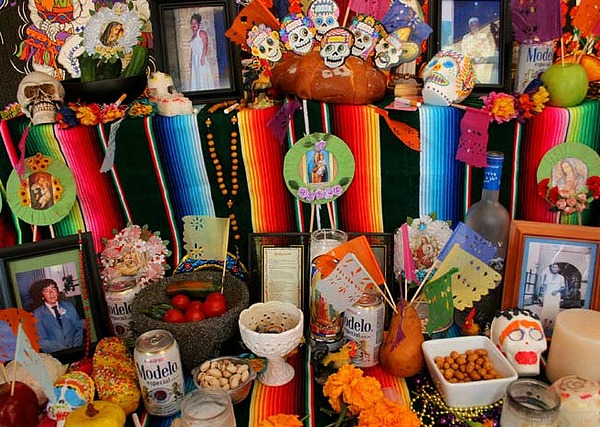 In the Latin world, Halloween is a three day long celebration that starts on October 31. The celebration is known as El Dia de los Muertos, or Day of the Dead, and has been celebrated since prehistoric Mexico to celebrate the memory of those who have passed. Villages will hold parades during this time that feature dancers dressed as skeletons and a living person inside a coffin that is carried by ushers.

Families believe the spirits of their loved ones return during this time of year so they construct an altar in their living room adorned with candy, flowers, photographs, water and some of their relative's favorite foods. Candles are burned to help guide the deceased home.

On November 2, relatives gather at the cemetery to enjoy a picnic (often featuring skull-shaped treats) and reminisce about those they have lost. They also clean and repair the gravesite and then adorn it with flowers, wreaths and paper streamers. In recent years, revelers have started wearing Halloween costumes to the picnic, fusing American traditions with traditional Latin ones. 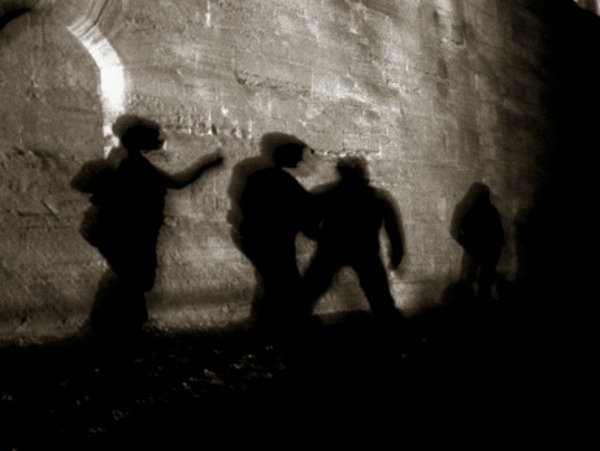 In Detroit, the practice became so violent and dangerous that volunteers began organizing Angel's Night, keeping an eye out for crimes and trying to deter arson and vandalism before it happens. Up to 40,000 volunteers patrol the streets on Angel's Night, which has drastically reduced the chaos from the city's Devil's Night. 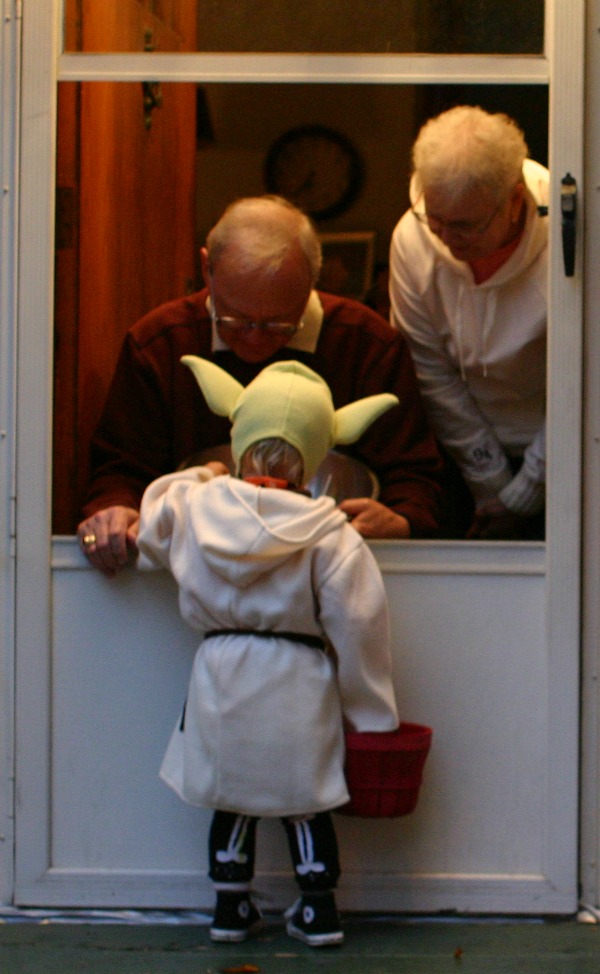 In most places, you simply say "trick or treat" when you arrive at a neighbor's house on Halloween night, but in a handful of cities (notably Des Moines and St. Louis), you're expected to say "tricks for treats" and tell a joke. These jokes aren't exactly funny, most are like the awful jokes found on popsicle sticks. An example:

Why didn't the skeleton cross the road?

He didn't have any guts!

A mushroom walks into a bar. "You'll have to leave," the bartender says. "We don't allow mushrooms in here." "Why not?" asked the mushroom. "I'm a fungi!" Get it?

Kids get candy no matter how good or bad their jokes are, which makes sense when you consider that the tradition started as a response to pranks committed on Mischief Night by offering them a fun way to goof off that didn't involve violence. In fact, the "tricks for treats" bargain system allows youngsters to show off any talent they please in exchange for candy - though most youngsters stick with telling bad jokes because it's easy and fun.

4Carving Beets and Turnips - The UK 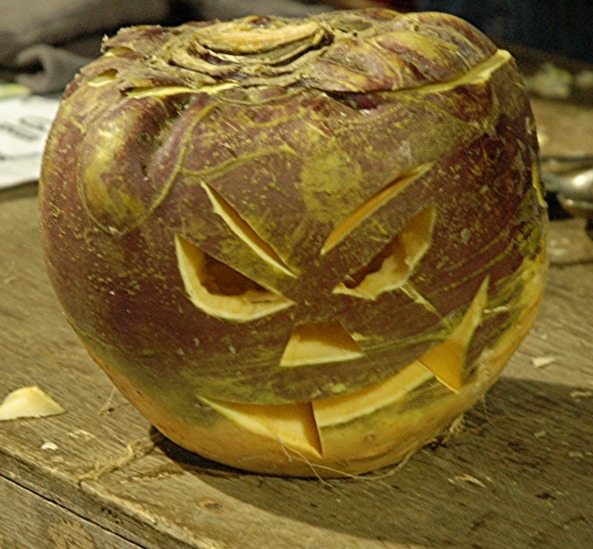 Pumpkins are a New World treat and while they are an icon of Halloween for most cultures that celebrate the holiday, the Irish, Scottish and English were celebrating Halloween before most people had even seen a pumpkin. The original Jack-O-Lanterns were originally carved from turnips and beets. After they were carved, children would carry their creations through the streets, knocking on their neighbor's doors and asking for money. In some areas, a turnip lantern would be placed on gateposts outside the home to protect the inhabitants from spirits that were free to travel the earth on Halloween night.

These days, some people in these countries keep the tradition alive and still prefer to carve their Jack-O-Lantern from traditional, native plants, but pumpkins gain popularity every year.

5Throwing Objects Into A Bonfire - England 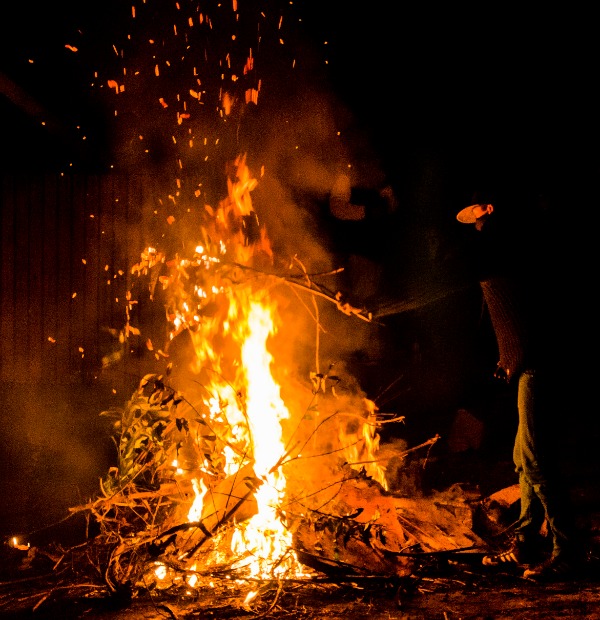 Many festivities now associated with Guy Fawkes day were originally Halloween traditions in England, but after the country went Protestant, they needed a new holiday to celebrate instead of All Saints Day. After Guy Fawkes' plot was foiled on November 5, the festivities were shifted five days later, however they are still similar to the old English Halloween celebrations.

One of the most popular traditions for the holiday was to build massive bonfires.Once they were burning, they became a great tool for divination. People would throw stones, vegetables and nuts into the bonfire to frighten away ghosts and what happened to the objects was said to predict the thrower's future. If a pebble tossed into the fire seemed to disappear by the morning, the thrower was doomed to die in the next year. If lovers threw nuts into the fire and they exploded, then the couple would suffer from a troubled marriage. 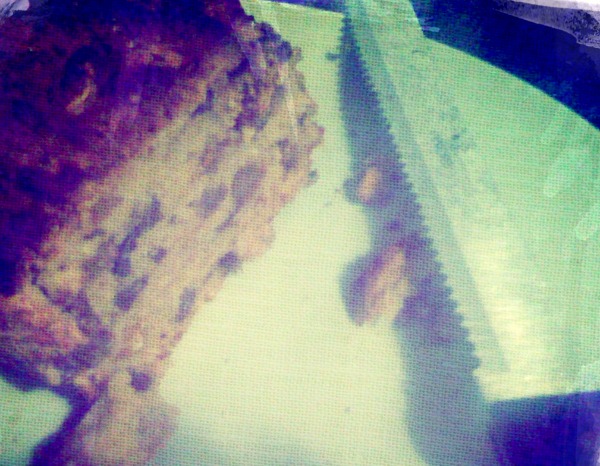 Ireland is home to many modern American Halloween traditions, but one thing that never caught on worldwide is the tradition of barmbrack, a fruitcake that features mulsin-wrapped treats inside that is said to be able to predict the future of the eater. If the cloth contains a ring, it means romance is in the cards. A coin indicates wealth is on its way. A thimble means you're doomed to never marry. 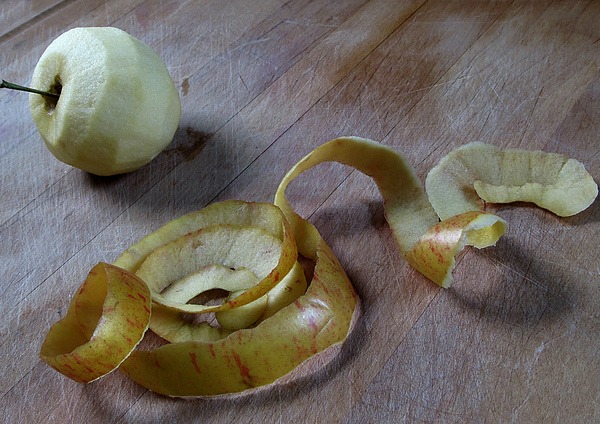 No, we're not just talking about peeling some fruit before you eat it. In Scotland, a traditional form of divination involves peeling an apple in one long strip of skin and then throwing the peel behind your back. The shape the peel lands in is said to be the first letter of your future spouse's name.

8Staring Into A Dark Mirror - UK and North America 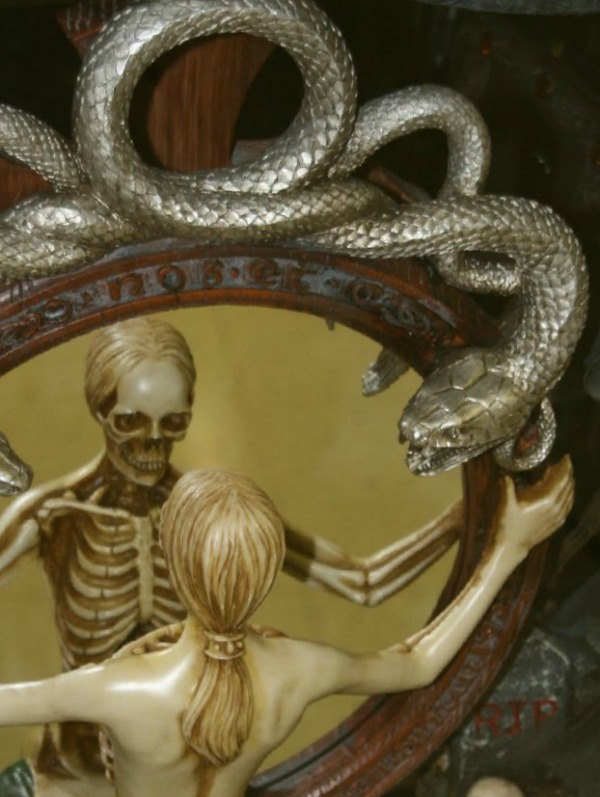 Sort of like the old Bloody Mary game, this divination technique involves a young man or woman turning off all the lights and staring into a mirror. Eventually, the viewer will see the face of his or her future wife or husband peering over his or her shoulder, but if the voyeur was to die before getting married, he or she would see a skull. Some traditions would call for the person to walk to the mirror backwards, others required the viewer to brush their hair three times, while others demand you eat an apple cut into exactly nine pieces. Some superstitions require the activity take place at exactly midnight, but these rules vary from place to place.

9Trick or Treating For UNICEF - Coming to A Neighborhood Near You 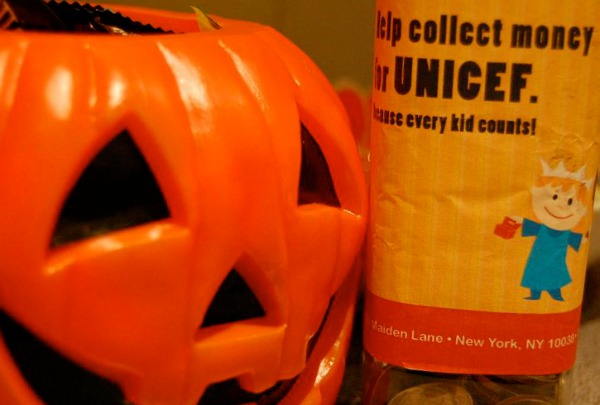 While Americans typically trick or treat for candy, some neighborhoods are starting to give cash for a good cause instead. The program, called Trick or Treat for UNICEF, encourages children to collect donations for UNICEF instead of collecting candy.

The tradition started in a small Philadelphia neighborhood in 1950 and has expanded dramatically since, raising over $118 million for the charity.

10Trunk or Treating -Coming to A Parking Lot Near You 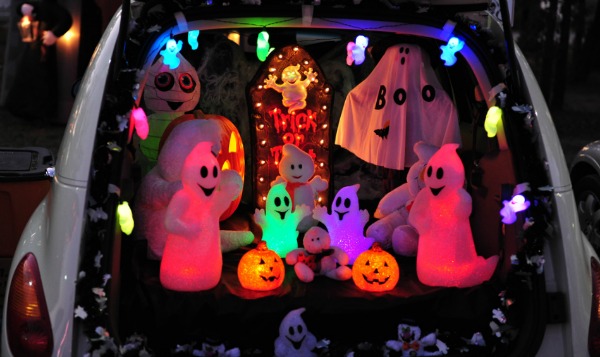 Some parents don't like the idea of their children wandering from stranger's house to stranger's house even if they still want their youngsters to have the chance to celebrate Halloween. That's why many groups have gotten together to offer a "trunk-or-treating" option where parents set up shop in a parking lot and kids trick or treat from car to car while being supervised. Some parents even get pretty into it and go all out decorating their trunks for the holiday.

11Leaving A Snack Out and the Lights On - Austria 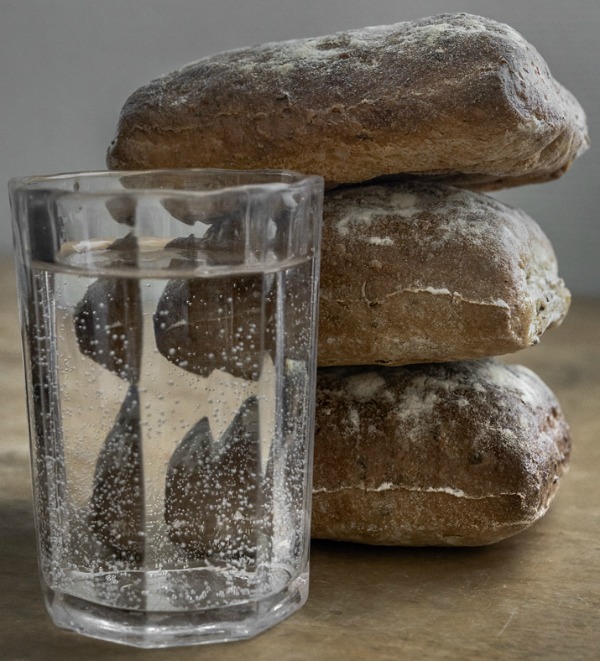 In Austria, you are expected to leave bread and water out and keep the lights on after you go to bed on during the full week of All Saint's Week between October 30 and November 8. These items will happily welcome dead souls back to Earth during the one time of the year they can visit the mortal world. 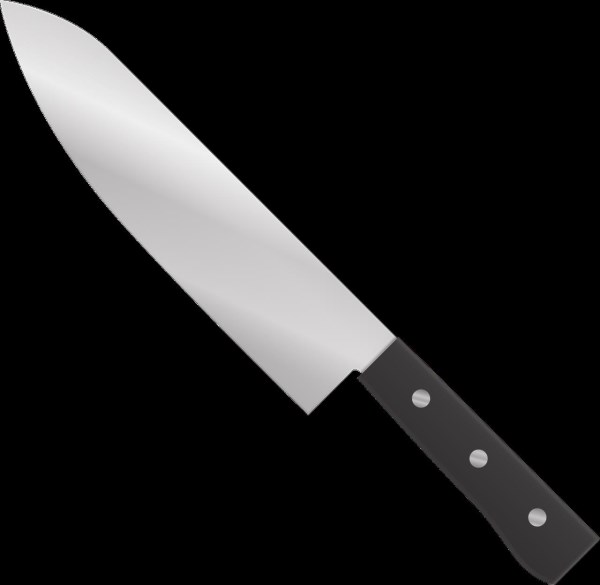 Germany's Halloween celebration is sort of similar to Austria's in that residents traditionally believe that spirits will return on Halloween night. Rather than leaving out bread and water, Germans are careful to put away any knives before bed because they don't want the spirits to hurt themselves.