The vast majority of UFOs that aren't lens flares or natural objects are probably drones or some form of advanced government technology. Think about it – over 60 years ago our government built the atomic bomb in an underground city (the Manhattan Project) – God knows what insidious teleporting and nanotechnology they're up to now!

There is a tiny percentage of UFO cases that have no rational explanation. These UFOs could actually be of extraterrestrial origin, and some of the most interesting evidence comes in the form of old photos that were taken before the age of drones and Photoshop – when there really shouldn't have been anything up there flying around besides early planes, and when complex photo manipulation was next to impossible.

Here are some of the most compelling old UFO pics. Real or not, they're still fascinating documents from a cosmic blip in time on the planet Earth, somewhere in the Milky Way galaxy…

One of the oldest and best UFO sightings on record

This photograph depicts a cloud formation over the summit of Mt. Washington in the Winter of 1870 - 1871. The image is part of an antique stereoview that happens to contain an unexplained cigar-shaped object.

It is simultaneously the oldest and one of the best UFO sightings on record. Remember, there were no planes in the sky in 1870 and no digital manipulation.

In 2002, this image was purchased on Ebay for $385.00 by Samuel M. Sherman, president of Independent-International Pictures Corp. 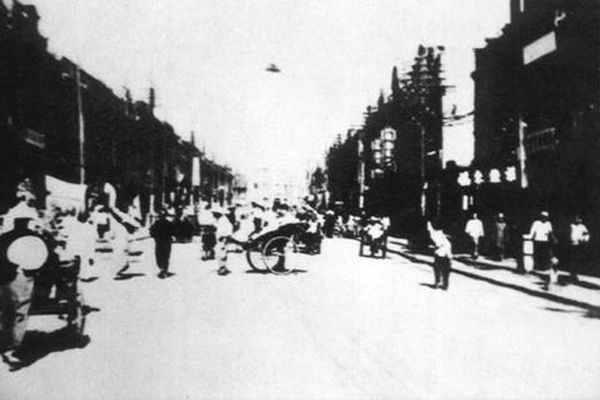 This World War II-era photo was discovered in an old Chinese scrapbook. It was taken by a sidewalk photographer, who snapped a picture of the strange object and then sold it. It shows a UFO in the sky above a Tsientsien Street and there appears to be at least one person pointing at it. 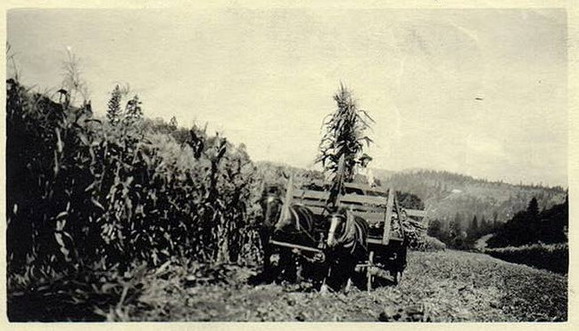 Look to the northeast of the horse-drawn transport

The only thing known about this picture is that it was taken somewhere in the United States in the early 1920s. The hilly terrain indicates that it could be on either the west or east coast, and is less likely in the central flat part of the country.

Wherever this is, the object up and to the right of the horse-drawn transport looks to be a flying object in the sky at a time when biplanes were rare and monoplanes didn't quite exist yet. 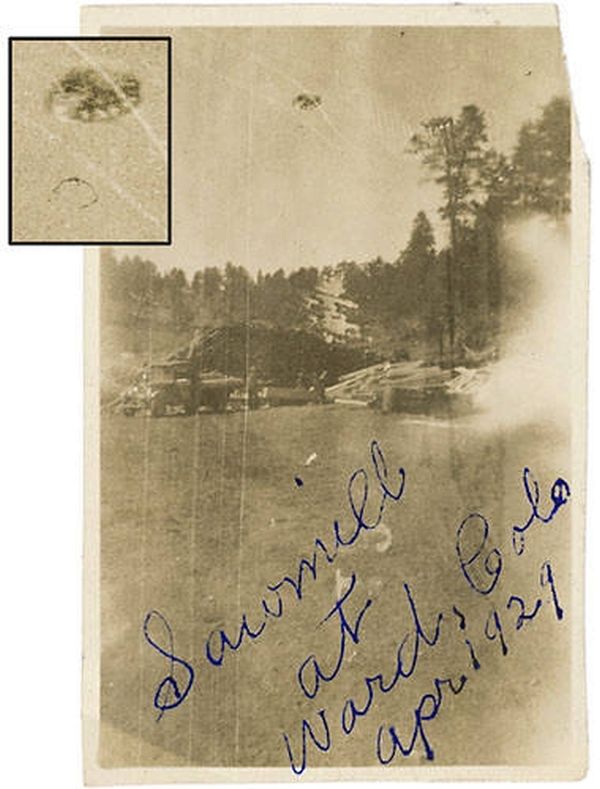 Taken at the Ward sawmill. The man in the picture (featured in the above link), who died a few years later, said there was a “terrible thunderous bellow” and then a large object rose up in the near distance and flew off. 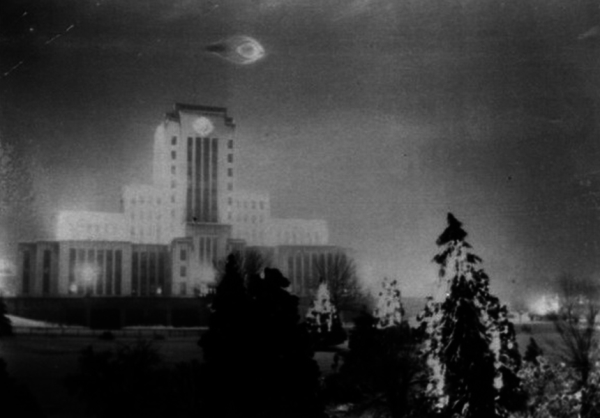 The story goes that 21-year-old soldier Leonard Lamoreux snapped this image in 1937 while visiting the brand new Vancouver City Hall.

"The two were suddenly astounded to see a 'bright bright blue light' drop straight down from the sky. It became larger as it did so and they were able to observe the source of the light as an object that Leonard described as 'two saucers' open ends facing each other, glowing bright blue. The object then moved 'dead straight' horizontally across the sky. When it just appeared to clear the flagpole on the roof of the City Hall it came to an almost dead stop and Leonard clicked the shutter on the camera. The object then shot straight back up into the sky. 'They never seen anything fly so fast!' This scared them to death and they ran from the scene. The object made no sound."

It's important to note that this photo has no negative in existence and the UFO could very well be a “watermark defect that appeared during the development of the print.” 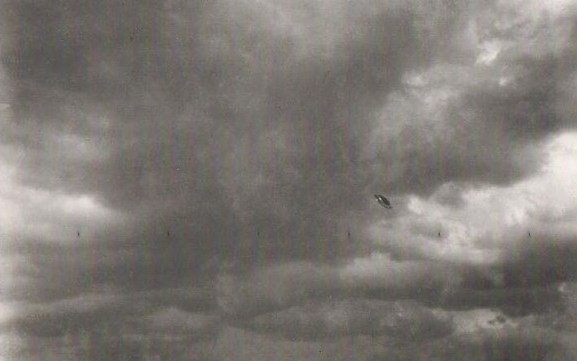 Authenticated photo taken by meteorologist in 1956

This photo is one of seven taken by meteorologist Elizabeth Klarer just before a thunderstorm. Its authenticity has been confirmed in a notarized affadavit and she stood by her story until she died in 1994 at the age of 83.

I'd be remiss not to add that Elizabeth also claimed she was impregnated during a later encounter with a spaceship pilot. 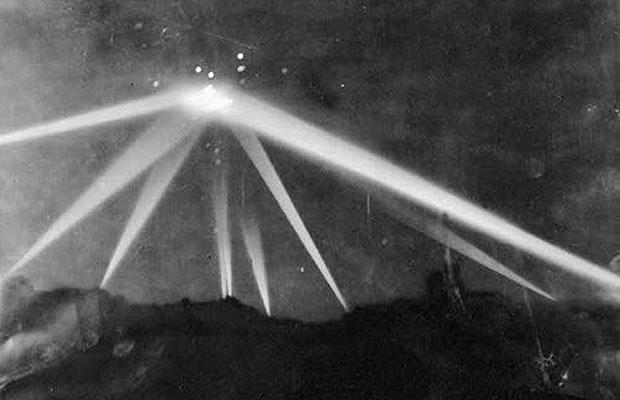 One of the classics. This image portrays searchlights and anti-craft shells converging on a UFO during what would later be called The Battle of Los Angeles. Though visually stunning, this image is almost certainly not evidence of extraterrestrials. Most analysts believe this was a combination of heightened tensions with the Japanese and a weather balloon.

But have you ever watched the Fox TV Series, Fringe? Maybe someone is observing our reactions to these kinds of spectacles, studying us in some kind of experiment....you never know.

It's also worth pointing out that although the object took direct hits from ballistics, it never fell from the sky. 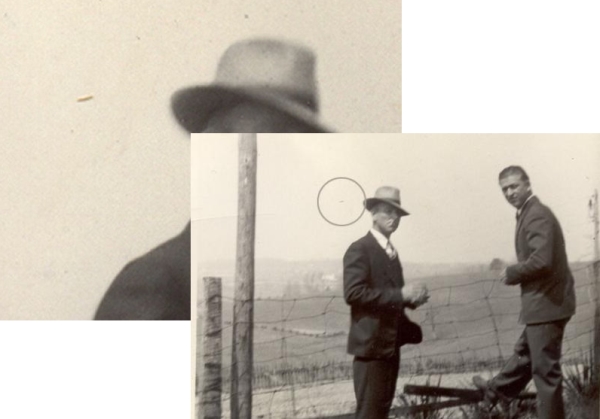 This photo was discovered in a family album by a man named Chris Miller in West Virginia. The full photo (which you can find HERE after you scroll down) depicts the man's grandfather and his brother, and something rather unidentified in the distant background.