Spiritualism – the belief that living can communicate with the dead – flourished in the late 19th and early 20th centuries.

It was believed that communication with the spirit world was possible with the help of a medium, a person who claimed to be able to speak to spirits. The medium delivered messages from the dearly departed verbally or through levitation, table tipping, ringing bells or by excreting ectoplasm.

Over time, mediums were generally found to be frauds and their methods nothing more than elaborate parlor tricks. This caused the spiritualist movement to decline, but it still exists in one form or another today.

Check out these 12 vintage photos from séances. 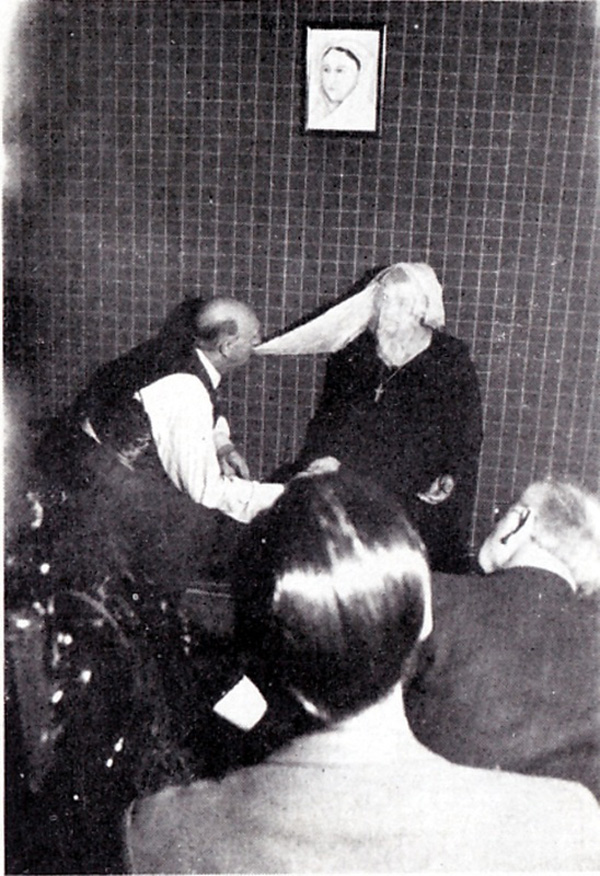 Ectoplasm is a substance that seeps out of orifices on the medium's body. It allegedly makes it possible for the spirit to materialize and communicate with the living or perform feats of telekinesis.

In reality, the ectoplasm was made from from paper, cloth and egg white, muslin or other textiles smothered with potato starch. It was swallowed and regurgitated by the medium at the right moment, to show the spirit had "arrived." 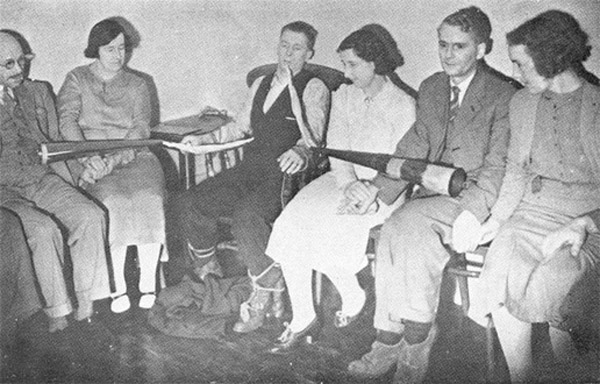 Welsh medium Jack Webber with ectoplasm and floating trumpets. The trumpets supposedly floated around in midair and pointed toward a person for whom a message was intended. However, close examination of Webber's trumpets revealed them to be held up by a rod covered in crepe paper. 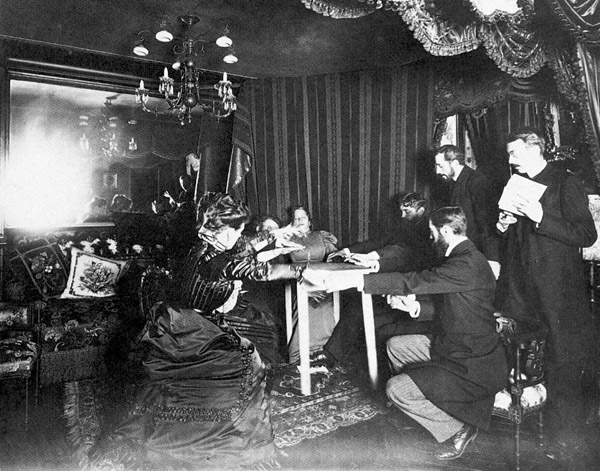 Eusapia Palladino was a popular medium who was believed to have the ability to communicate with the dead, but in reality, she was a total fraud who was caught cheating in almost every country she visited. Her trickery was so clever, it was said that she "must have needed long practice to bring it to its present level of skill."

Palladino wasn't past using her sexual charms to seduce scientific investigators making claims against her. 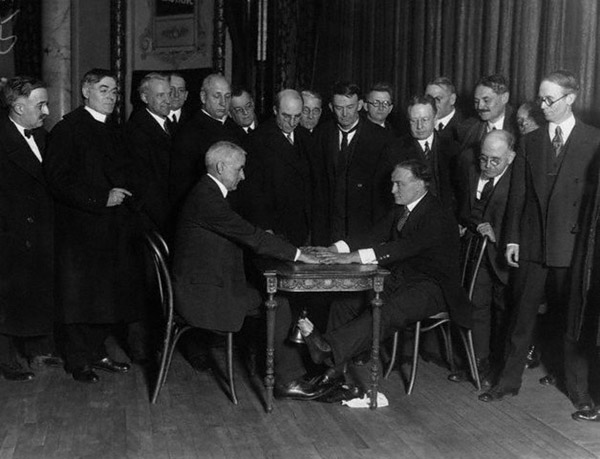 Magician and skeptic Harry Houdini shows us how it's done – here he demonstrates how fake mediums make bells ring during a séance. 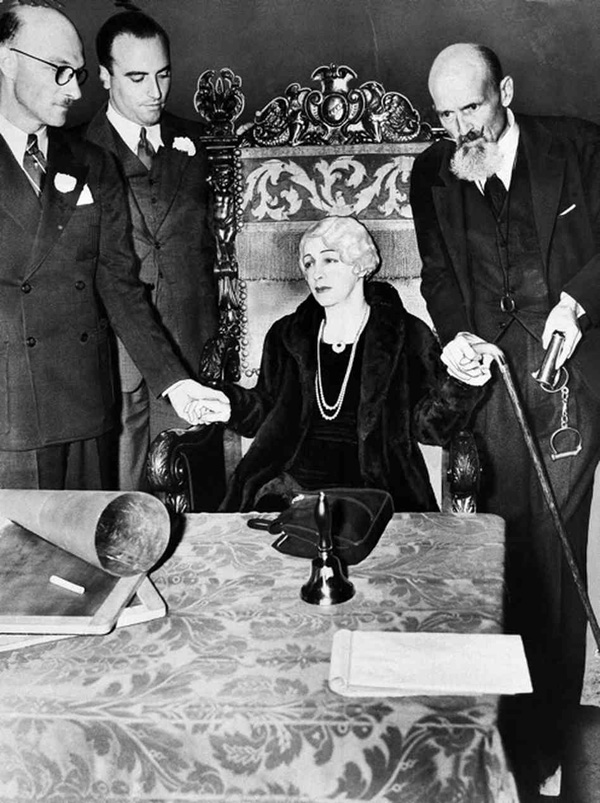 Bess Houdini tried to contact her late husband Harry in séances every year on the anniversary of his death. After several years and still no word from him, she finally gave up. She said, "Ten years was long enough to wait for any man." 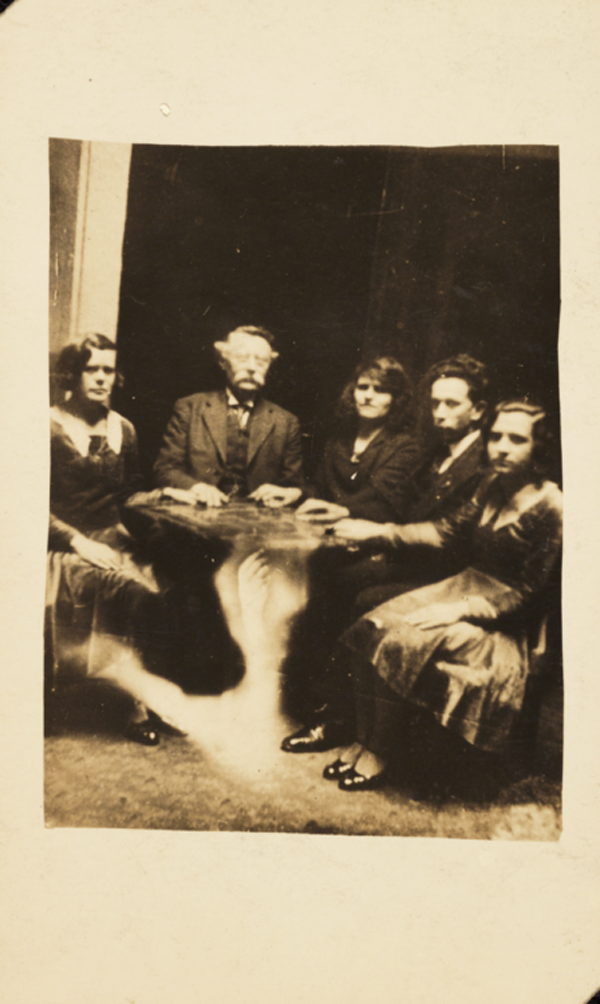 The ghost arm that's supporting the table is really just a double exposure in this photo taken by spirit photographer William Hope. 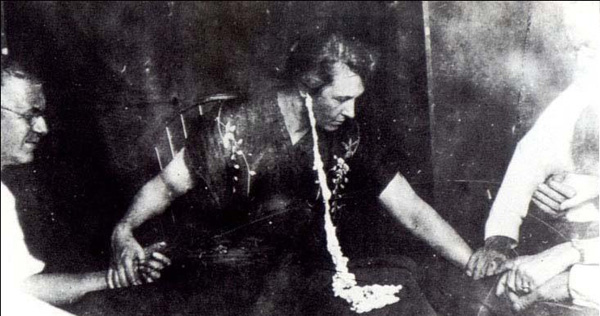 Mina Stinson Crandon, a medium who was a favorite of Sir Arthur Conan Doyle, became so popular that her prayers were read by the U.S. Army.

In 1924, Crandon was submitted as a candidate for a prize offered by Scientific American to any psychic would could successfully demonstrate telekinetic ability. Scientific American prize committee member Harry Houdini (yes, the famous magician) exposed the mechanics of her trickery during a séance. Regardless, she still received the $10,000 prize money! 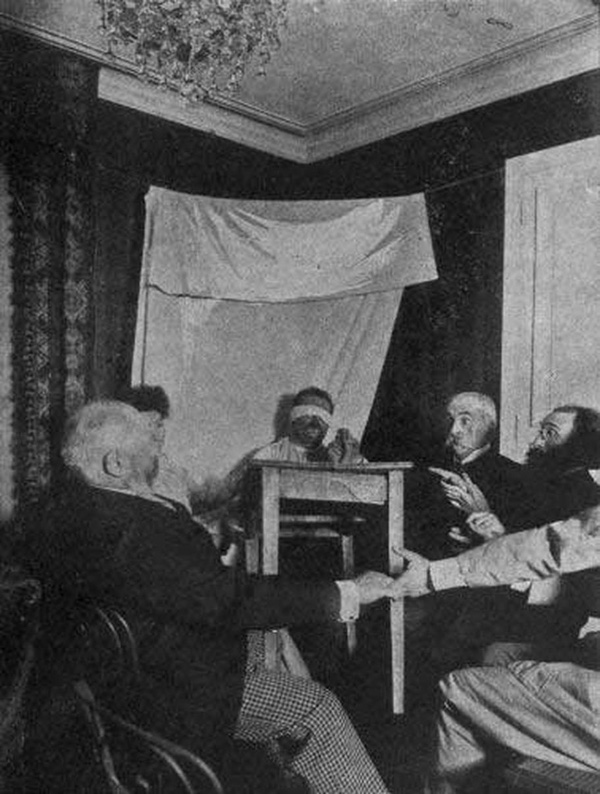 Auguste Politi was an Italian watchmaker and medium who was known for once levitating a piano. Here he is blindfolded and levitating a table. 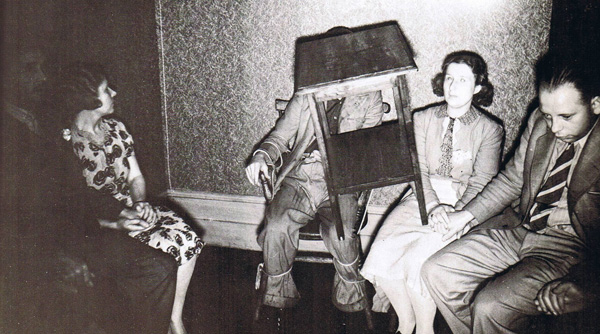 A table levitates during a séance in this 1939 photo by Leon Isaacs. The photo was taken in complete darkness with an infra-red flashgun system. 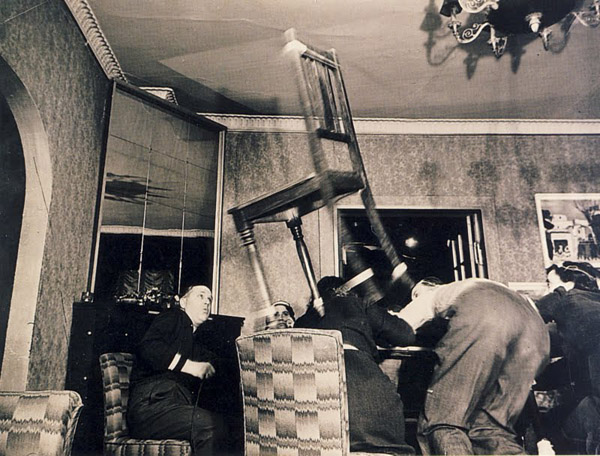 A chair levitating during a séance, taken by Danish photographer and medium Sven Türck. This photo is from his 1945 book called I Was Familiar With The Spirits which contained photos of furniture levitating without any physical aid. 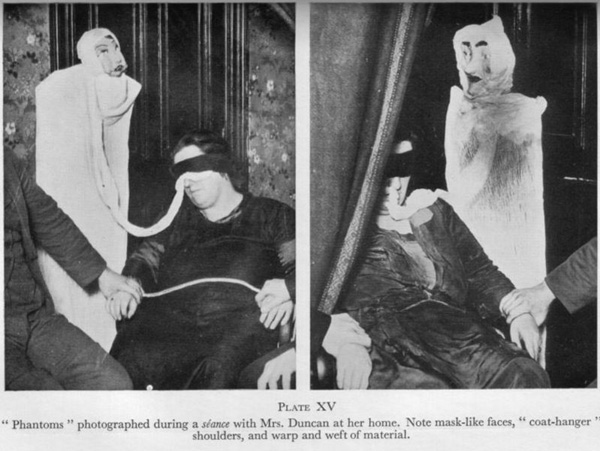 Helen Duncan, a Scottish medium was the last person to be imprisoned under the British Witchcraft Act of 1735.

A fraudulent medium, Duncan's ectoplasm was found to be made from cheesecloth mixed with egg whites and toilet paper. Her spirit guide "Peggy" was really a doll made from a painted papier-mache mask draped in an old sheet.

In 1944, Duncan was convicted of falsely claiming to procure spirits. She was sentenced to nine months' imprisonment. Upon her release, she promised to stop conducting séances, but she was arrested while conducting one in 1956. 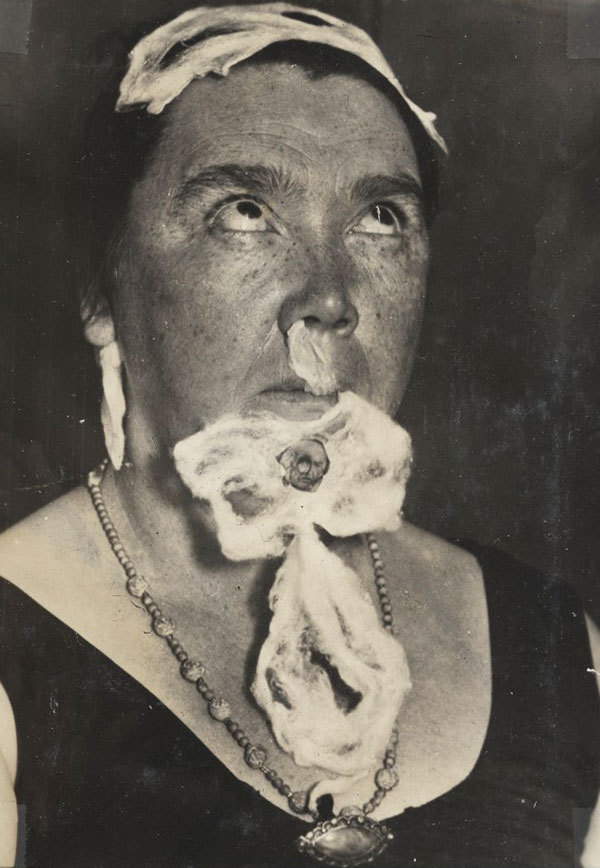 Canadian medium Mary Ann Marshall and her fake ectoplasm made from cloth, tissue, and magazine cut outs of people.