Every time you turn on the news, it's just downright depressing with nothing but reports of murders, natural disasters, robberies, greed and corruption, to name just a few of the awful things being reported on. It's actually quite refreshing to hear a bit of good news every once in a while.

Here is a list of ten people who, against all odds, survived the most terrible of circumstances and lived to tell about it. Do they have Lady Luck on their side or guardian angels watching over them? Maybe they were a cat with nine lives in a previous life. Who knows, but all of these people have one thing in common – they are astonishingly lucky! Hey, everybody likes a happy ending, right? 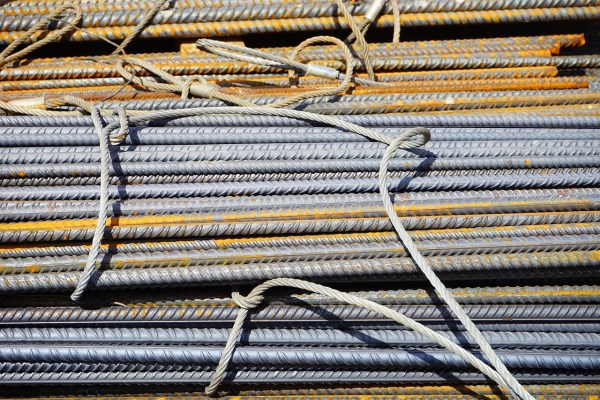 A 24-year-old Brazilian construction worker, Eduardo Leite, was having a seemingly normal day at his job until a six foot metal rod fell from the fifth-floor of the building he was working on. It pierced his hard hat and ultimately his skull.

Miraculously, the rod entered the back of his head and exited right between his eyes. Leite just missed losing his vision in one eye and narrowly escaped having the left side of his body paralyzed. He even claimed to feel no pain when asked in the ambulance on the way to the hospital.

Leite had the six-foot metal rod removed from his head during the operation and claimed of “few complaints” after the surgery. 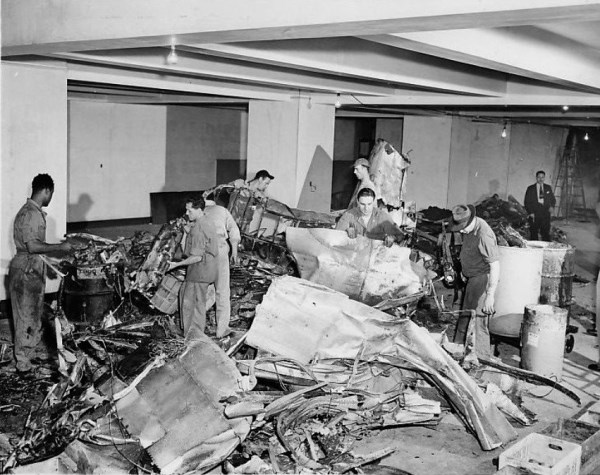 On July 28, 1945, a B-25 bomber crashed into the then tallest building in the world, the Empire State Building, in New York City. The impact was so hard that the plane made a hole clean through the iconic building.

Elevator operator Betty Lou Oliver was standing in the elevator on the 80th floor of the building at the time of the plane's impact, just a floor below. Oliver suffered severe burns and required immediate medical attention. Rescue crews put her right back into the elevator to get her to the hospital as soon as possible, but the cables were so badly damaged they snapped, and sent Betty Lou plummeting 75 floors to the basement of the building.

Ms. Oliver defied all odds and survived a second time that day. She still holds a Guinness World Record for the longest survived elevator fall.

Just five months later, she returned to her duties as an elevator operator in the very same building. Betty Lou Oliver survived the fall that killed King Kong! 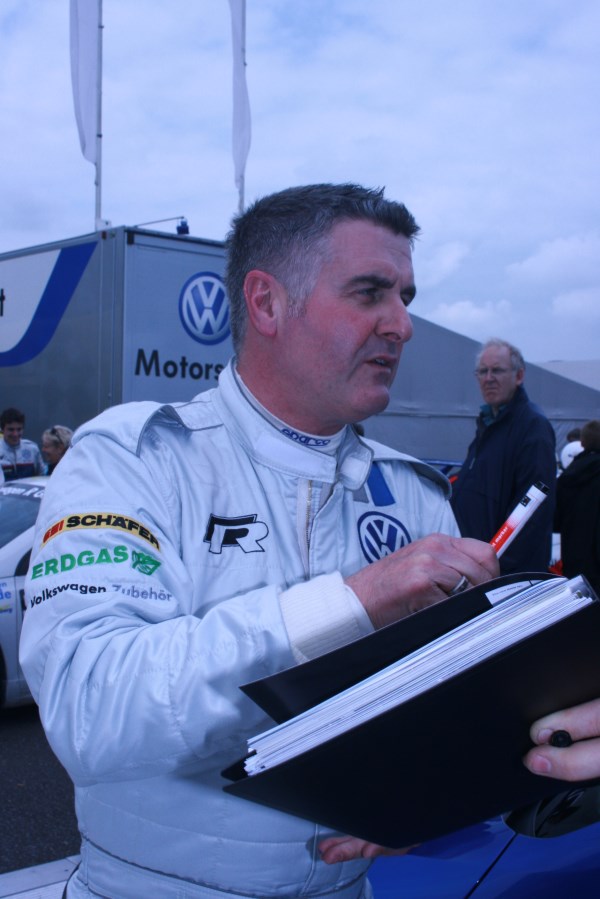 Even in the extreme sport of racing, driver Martin Donnelly may be one of the luckiest guys to survive in its history.

In 1990, Donnelly was in Spain competing in the Formula One race on the Jerez circuit. In the blink of an eye, his career was over when his Lotus 102 speared off into the barrier at 140 miles an hour.

Donnelly was thrown from the vehicle with his seat still strapped to his back. His car was totally obliterated – I mean, completely!

Donnelly should not have survived this crash and yet did, but not without suffering any injuries. The racer suffered two broken legs, bruising on his lungs and brain and blood loss. The crash was so violent, it even cracked his crash helmet.

After undergoing intensive care and a long recovery, Martin Donnelly now only walks with a slight limp. Thanks to this terrible crash, there has been improved impact protection on F1 cars to ensure future survivors of accidents like his.

4The skydiver who fell 12,000 feet from the sky and lived 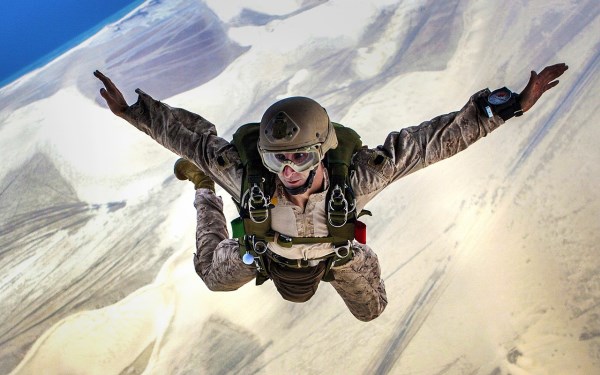 Michael Holmes was one of the top ten skydivers in the world with 7,000 jumps under his belt. This member of the British skydiving team was doing what he thought was another routine jump, 2.2 miles above Lake Taupo in New Zealand, when tragedy struck.

As shown in the video recorded by the camera in his helmet, when Homes tugs at the ripcord to release his parachute, nothing happens. Frantically realizing his parachute will not open, the skydiver attempts to release his reserve parachute with no luck. With dying now a very real possibility, Holmes waves goodbye to the world and screams a last message into the microphone of his camera. The video ends with the violent thud of the diver hitting the ground before the camera goes black.

You may think that the worst happened, but to his amazement – and ours – Michael Holmes only suffered a punctured lung and a broken ankle from this terrifying fall. 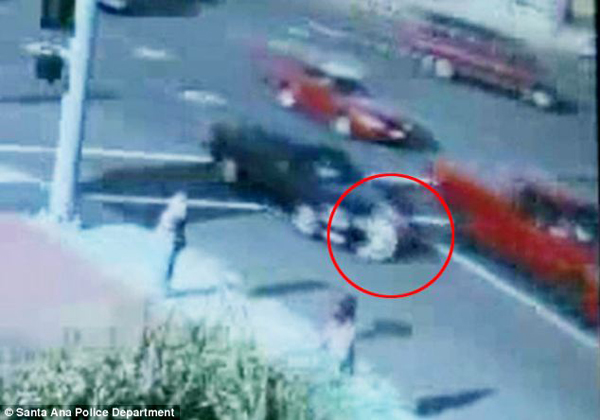 You ever get the feeling that when you drive in traffic it's like being in a video game? That's exactly what recent surveillance footage looks like of a 14-year-old girl crossing a busy intersection in Santa Ana, CA.

The girl was jaywalking across multiple lanes in a busy intersection even though there was a red signal at the light warning pedestrians not to cross. The youngster did anyway and was hit by a red truck. The impact then threw her in front of a black Cadillac sedan which knocked her further into the road. The girl tried to get up, but collapsed due to leg injuries.

If both of the drivers stuck around, they would not have been charged with anything as the accident was the girl's fault!

The girl was released from the hospital a few days after the incident with leg injuries, but is extremely lucky to be alive.

6The rodeo clown struck by lightning TWICE in the same day 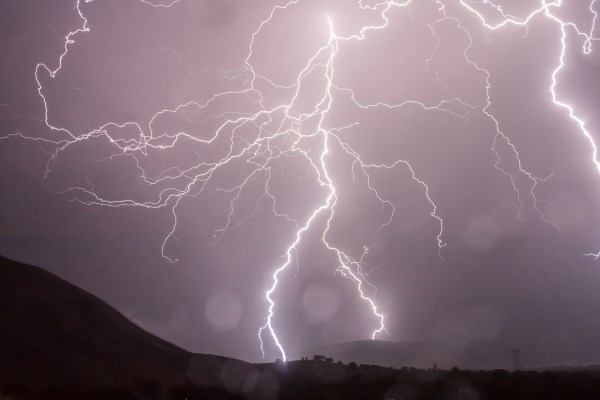 They say that the odds of winning the lottery are about the same as getting struck by lightning. 31-year-old Texan Casey Wagner should have bought lottery tickets on this particular day!

Wagner was attending the “Rednecks With Paychecks” annual off-road event when clouds started forming in the sky and rain began to fall. Taking cover under a tree while waiting for his friend to use the restroom, he saw lightning hit the very tree he was under. Said Wagner, who also works as a rodeo clown, “I saw a big old flash and I knew I was going down. I knew I was getting electrocuted and thought I was dying.”

Seconds later, a second bolt hit Wagner's rodeo clown boot and shot up along his body. “I felt like my thumb was blown off,” he exclaimed.

Amazingly, Wagner suffered no major injuries and knew just how lucky he was. He later said, “I've been given a second chance. I need to start going to church a lot more.” 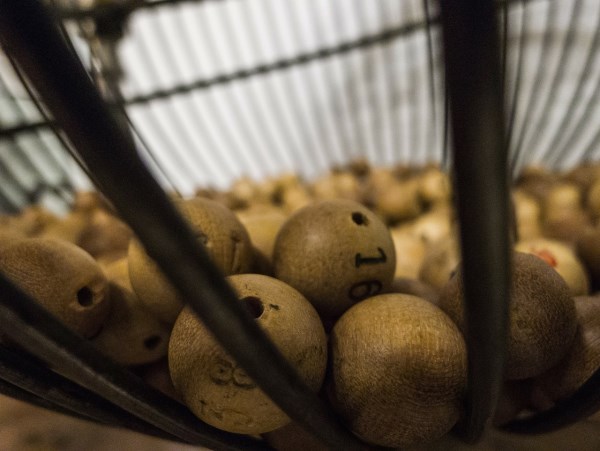 You can't keep a good Aussie truck driver down! It seemed all hope was lost for truck driver Bill Morgan, who was involved in a horrific truck accident and suffered a fatal heart attack while in the crushed vehicle.

After 14 minutes of being clinically dead, Morgan was revived but remained in a coma for 12 days. It was recommended that his family take him off of life support. It's a good thing they didn't because a year later, a fully recovered Morgan proposed to his girlfriend and she said yes.

Soon after, he bought a scratch off lottery ticket and won a $17,000 car. Impressed by his win, a Melbourne TV station decided to do a story on him with Morgan re-enacting scratching his lottery ticket. To everyone's amazement, he scratched off another winning ticket worth $170,000 dollars!

“I just hope he hasn't used all his good luck up,” said the bride-to-be. 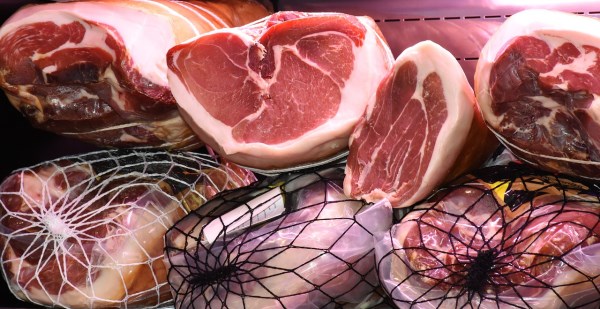 A meat packer in Sweden narrowly escaped death after over a half-ton of bacon in a trolley toppled over on top of him.

After being rescued and taken to the hospital, it was discovered that he only sustained minor back injuries. Said police spokesman, Peter Adlersson, “It's a rather unusual accident, you might say.”

One could say that it wasn't time for him to meat his maker. Okay, no more bad puns, I promise! 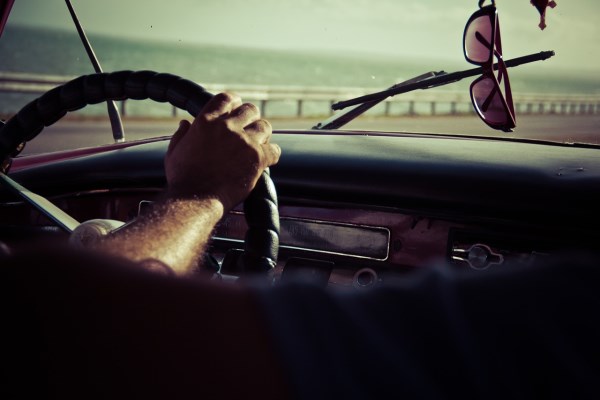 On January 18th, 2014, Steven Gove of Manitowoc, WI was riding his bicycle home after having finished delivering newspapers when he was hit by an allegedly intoxicated 20-year-old man.

Gove's body and bicycle were stuck in the windshield of the moving vehicle. He was conscious the whole time. While in the windshield, Gove turned to the reckless driver and said, “Hello. I'm the guy you hit on the bicycle.” Gove later recalled, “I had no idea at all why he wasn't acknowledging me.”

The driving continued on, running a stop sign and hitting a vehicle. The drunk driver finally acknowledged Gove when he stopped at his own residence and said, “Who are you? What are you doing in the car?”

After righting himself out of the car, Gove was taken to the hospital where he was treated for cuts to the head. Glass was also removed from his eyes.

To date, no word has been heard of how the driver didn't realize he had a man stuck in his windshield or why a 56-year-old was delivering newspapers in the first place. 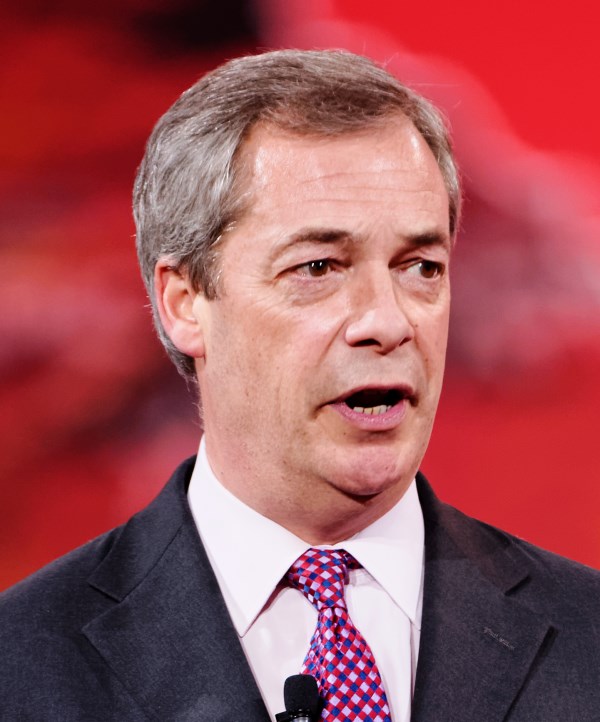 While in the plane toting a banner with “UKIP” from behind, the banner became hooked around the tail of the plane. As a result, Farage and his entourage were in for an imminent crash.

While calmly waiting for the plane to go down, Farage thought about “life and the world.” After impact, gas was spilled everywhere. Said Farage, “We were trapped inside and there was petrol everywhere. I thought, God, we survived the impact and now we're going to burn to death.” Luckily, that didn't happen.

After being treated at the hospital for broken ribs and bruised lungs, Farage was discharged after only two days. He said, “I'm lucky to be alive. I don't know who's looking after me at the moment, but they're doing a frightfully good job.”