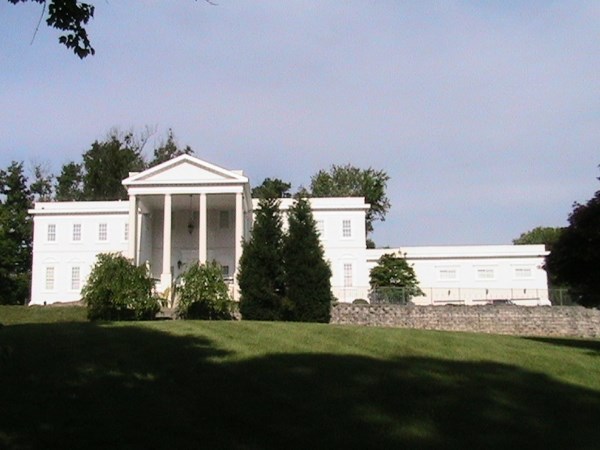 Just a few miles outside the beltway in McLean, VA, a smaller replica of the White House went up for sale in 2011.

The 12,000 square foot White House replica is scaled-down from the original's 40,000, but includes the iconic Truman Balcony, Lincoln dining room, and Oval Office. The asking price for this presidential mansion is $4.65 million.

While the exterior bears a striking resemblance to the real thing, the interior has a few goodies not found at 1600 Pennsylvania Ave. A climate-controlled wine cellar, a party room for 100 and a private movie theater make this house more of an elite getaway than a diplomatic meeting place.

The house was built for a New Zealand-educated, Vietnamese engineer who immigrated to America after earning his PhD. The owner asked not to be named to maintain his privacy.

It took seven years to create the replica house – two years for historical architect Robert Burns to scale down the blueprints of the original White House, three years to build and an additional two years after the family moved in to finish the detailing work. Everything in the house is custom-made and every window frame is decorated with the same ornamentation of the real White House. It sits on 1.6 acres, with enough room for a helicopter to land in the yard. 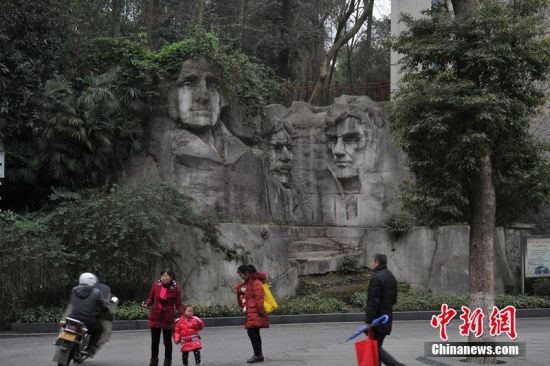 The famous faces of the four American Presidents carved into Mount Rushmore, SD are about 60 feet tall. This replica isn't quite as big, but it's still monumental in scale. It's located in a park in Chongqing, the capital of China from 1937 through 1945.

During those years, China was in a long and particularly bloody war with Japan. According to the website Dale in China, the Chinese government built the park to honor the Americans who helped defeat Japan. 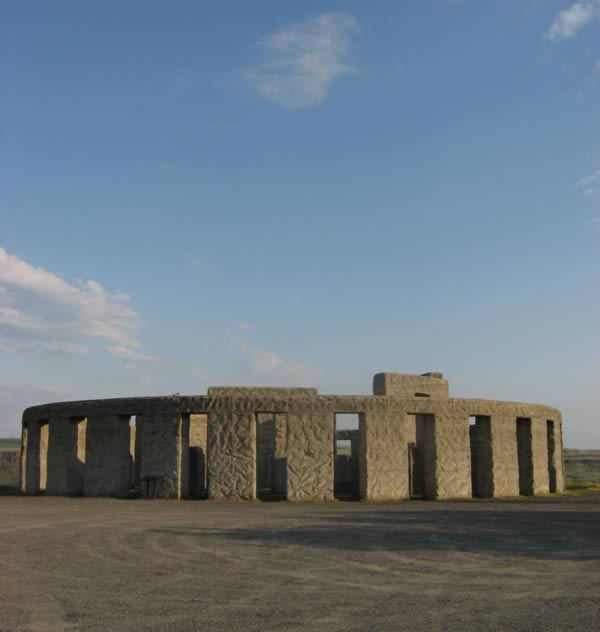 The Maryhill, WA Stonehenge is a full-size, astronomically-aligned replica of Stonehenge located in Wiltshire, England. It was commissioned in the early 20th century by businessman Samuel Hill and dedicated on July 4, 1918 as the first monument to honor those that died in World War I.

The altar stone is placed to be aligned with sunrise on the Summer Solstice. Hill, a Quaker, was informed that the original Stonehenge had been used as a sacrificial site, and thus constructed the replica as a reminder that humanity is still being sacrificed to the god of war. 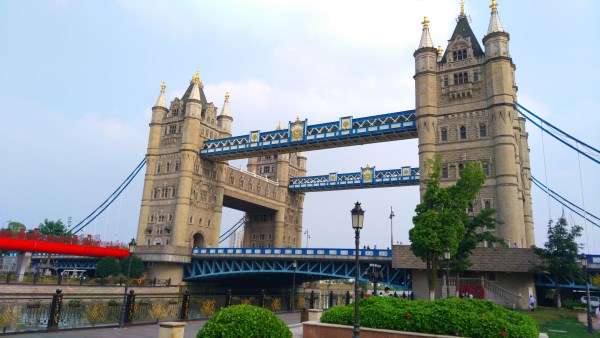 China is well known for leading the world in exporting goods, but these pictures of its very own Tower Bridge show the country is not averse to importing a historical monument or two.

To the untrained eye, visitors to Suzhou in the east of China may well believe they have ended up 9,000km away by mistake. The city in the Jiangsu province now boasts its very own – almost identical – version of London's most iconic bridge. All that differs between the two replicas is that the Chinese version lacks a raising mechanism to allow boats to pass underneath. Also, the Chinese model has twice as many towers as the original version spanning the River Thames. 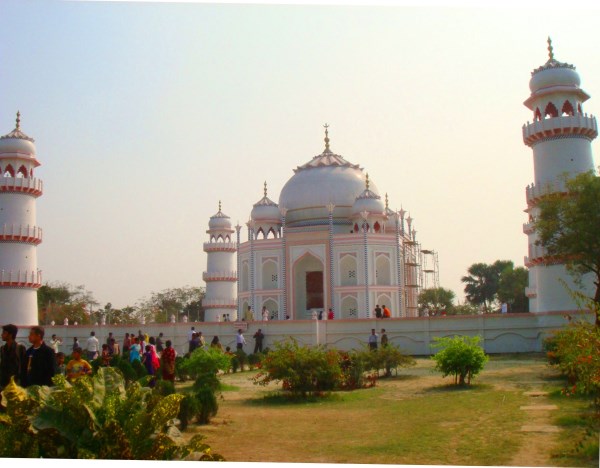 Taj Mahal Bangladesh is a copy of the original Taj Mahal (the Mughal mausoleum located in Agra, India) located arround 10 miles east of the Bangladeshi capital, Dhaka in Sonargaon.

Unlike the original, work on the building took only five years. Ahsanullah Moni, a wealthy Bangladeshi film-maker, announced his "Copycat version of Taj Mahal" project in December 2008. The project cost about $56 million.

This caused complaints from Indian officials. "You can't just go and copy historical monuments," an official of Indian High Commission in Dhaka told the press, but according to Ms. Moni, he built a replica of the Taj Mahal so that the poor of his nation can realize their dream of seeing neighboring India's famed monument. 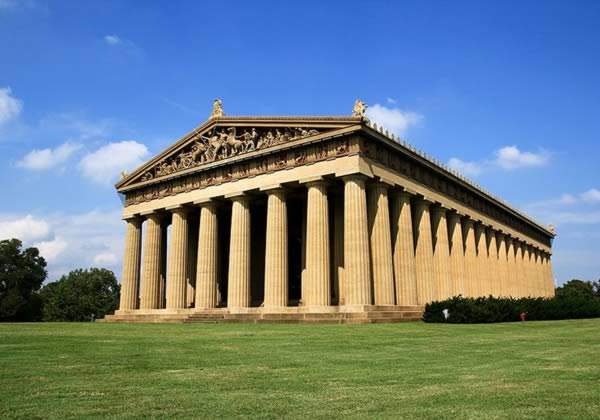 The Parthenon in Nashville, Tennessee is a full-scale replica of the original Parthenon in Athens. It was built in 1897 as part of the Tennessee Centennial Exposition.

Today, the Parthenon functions as an art museum and stands as the centerpiece of Centennial Park, a large public park just west of downtown Nashville. The building is a full-scale replica of the Athenian original. Since the building is complete and its decorations were polychromed (painted in colors) as close to the presumed original as possible, this replica of the original Parthenon serves as a monument to what is considered the pinnacle of classical architecture.

Nashville's moniker, the "Athens of the South," influenced the choice of the building as the centerpiece of the 1897 fair. A number of buildings at the Exposition were based on ancient originals, however the Parthenon was the only one that was an exact reproduction.

Also, Alan LeQuire's 1990 re-creation of the Athena Parthenos statue is the focus of the Parthenon just as it was in ancient Greece. 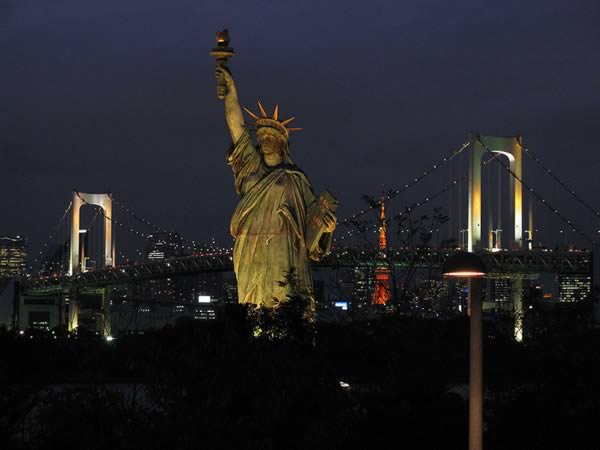 The Statue of Liberty came to Odaiba, the beach area of Tokyo, from April 1998 until May 1999 in commemoration of "The French year in Japan." A year later, due to its overwhelming popularity, a replica of the Statue of Liberty was erected at the same place.

8Leaning Tower of Niles (Illinois, US) 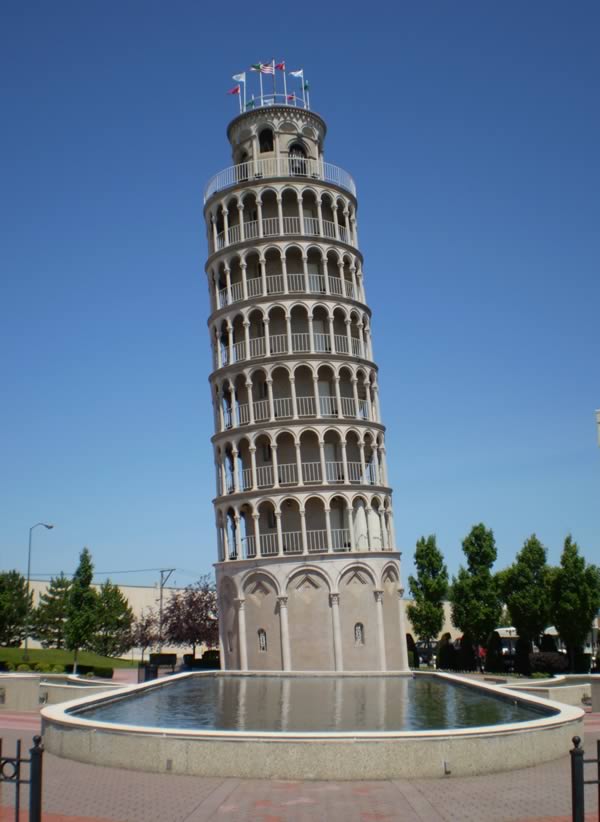 The Leaning Tower of Niles, Illinois, was completed in 1934 by industrialist Robert Ilg as part of a park for employees of the Ilg Hot Air Electric Ventilating Company of Chicago.

The tower is situated at 6300 W. Touhy Avenue and it is a 1/2 size copy of the original tower in Pisa, Italy, which - since a pact established in 1991, is Niles' sister city. 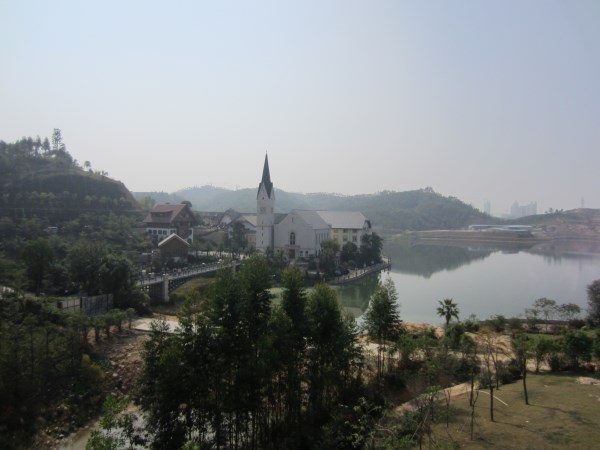 China has pulled off a feat that no other country would even dream of achieving – a cloned village.

Every detail of the original Hallstatt village, a UNESCO protected heritage gem in Austria, has been copied in a replica situated one hour outside of Huizhou in Guangdong Province. China Minmetals Corporation announced their $940 million plan to re-create the secluded hamlet in June 2011 and just one year later, the place was open to visitors. 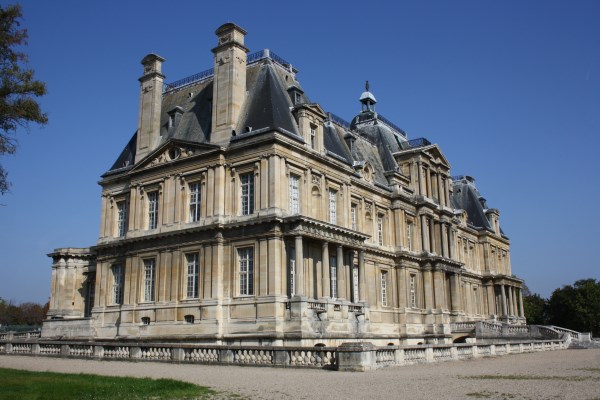 Chateau Zhang Laffitte is no ordinary imitation. It is the Chinese twin of Château Maisons-Laffitte, French architect François Mansart's 1650 landmark on the Seine.

The building cost $50 million and now contains a hotel as well as a seminar center.