See the past from a different viewpoint in these 20 lesser-known photos of historic events. 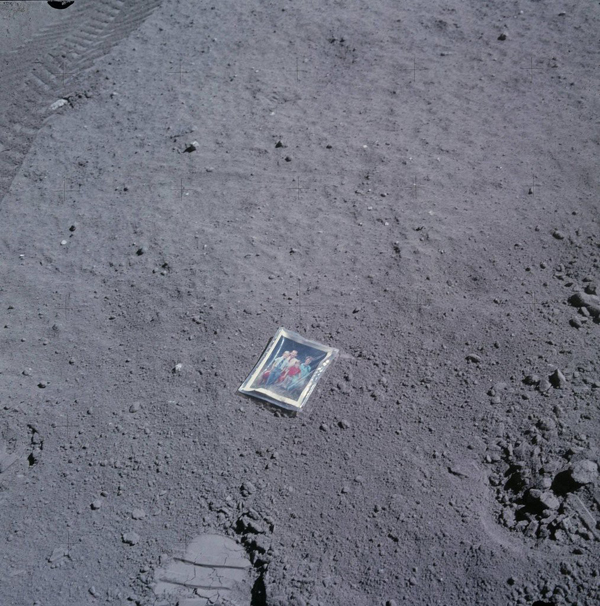 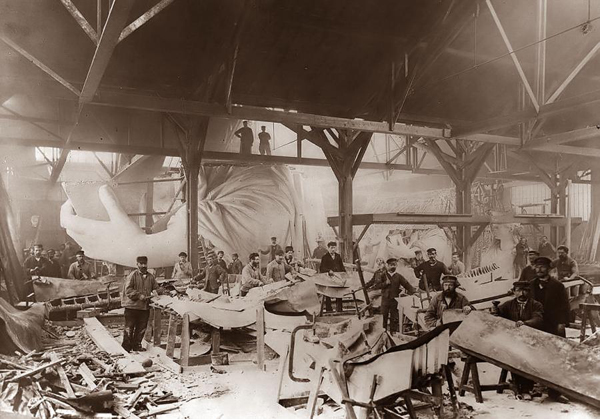 This is The Statue of Liberty under construction in Paris in 1884. 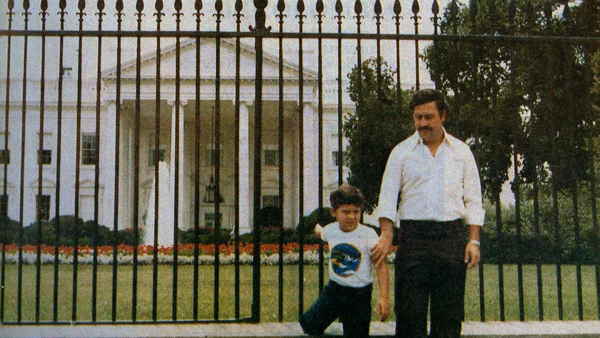 Drug kingpin Pablo Escobar and his son stand in front of The White House in the early 1980s. 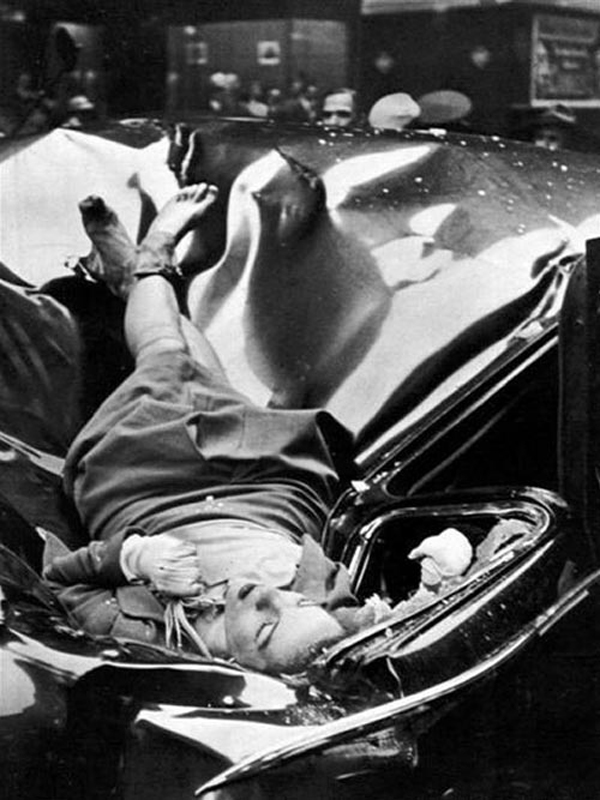 In 1947, 23-year-old Evelyn McHale jumped from the observation deck of the Empire State Building onto a limousine which was parked below. Photography student Robert Wiles heard the explosive crash and shot this photo soon afterward. Years later, pop artist Andy Warhol appropriated the shot for an art print. 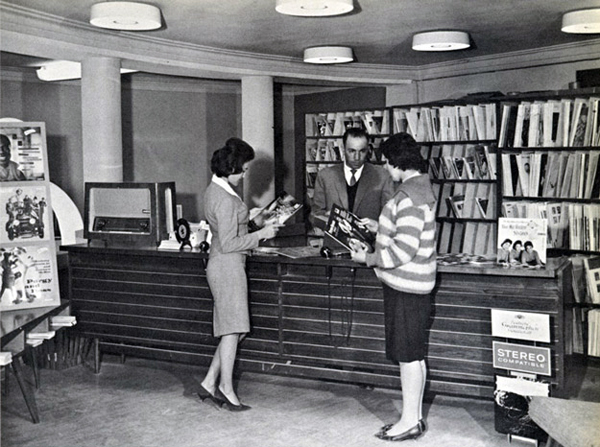 Prior to the rise of the Taliban in Afghanistan, the country was moving towards democracy, with the Afghan constitution providing equal rights for women. In pre-Taliban days, Afghan women had access to professional careers, university-level education, shops selling non-traditional clothing, public transportation, and public spaces, all of which they happily navigated freely and without supervision. By the mid-90s, employment and education of women over the age of eight was outlawed by the Taliban. 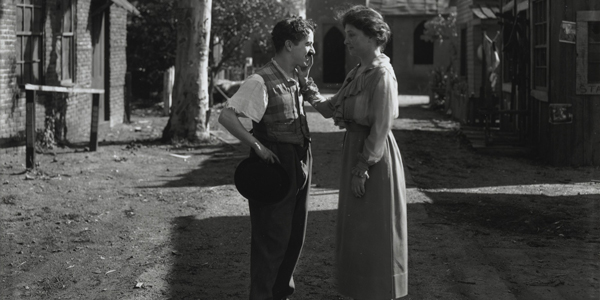 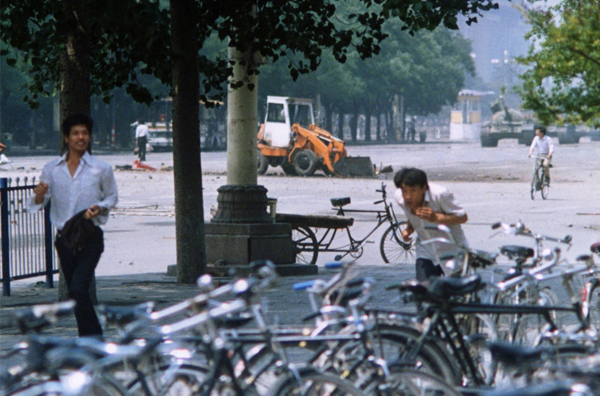 Here's a different view of the Tank Man of Tiananmen Square. 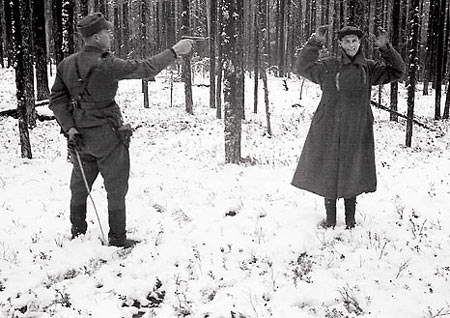 A Russian spy is laughing through his execution in Finland in 1939 during the Winter War. 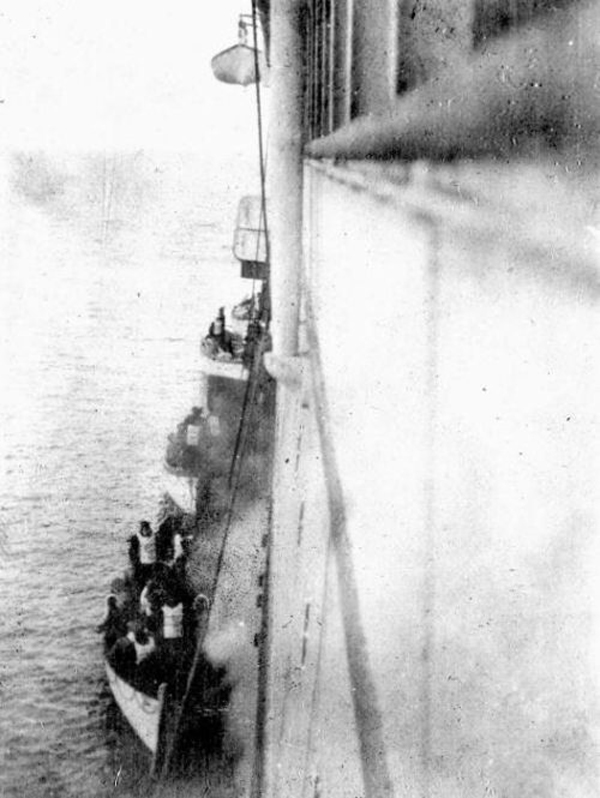 These are Titanic survivors boarding the Carpathia in 1912. 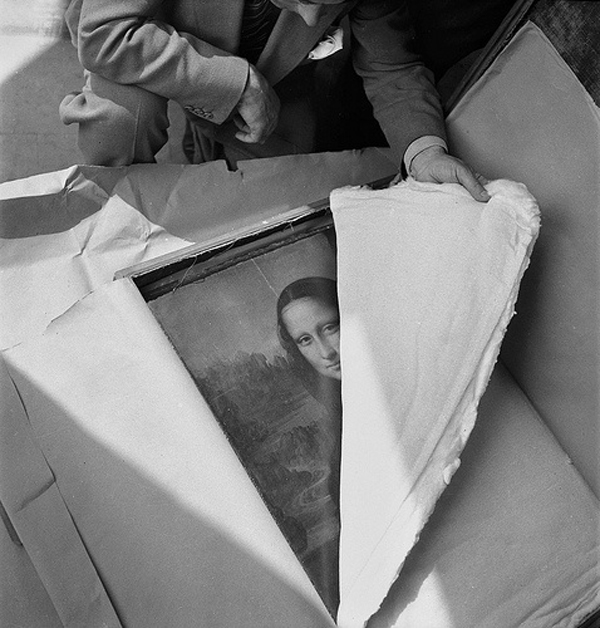 Da Vinci's Mona Lisa is returned to the Louvre after WWII. 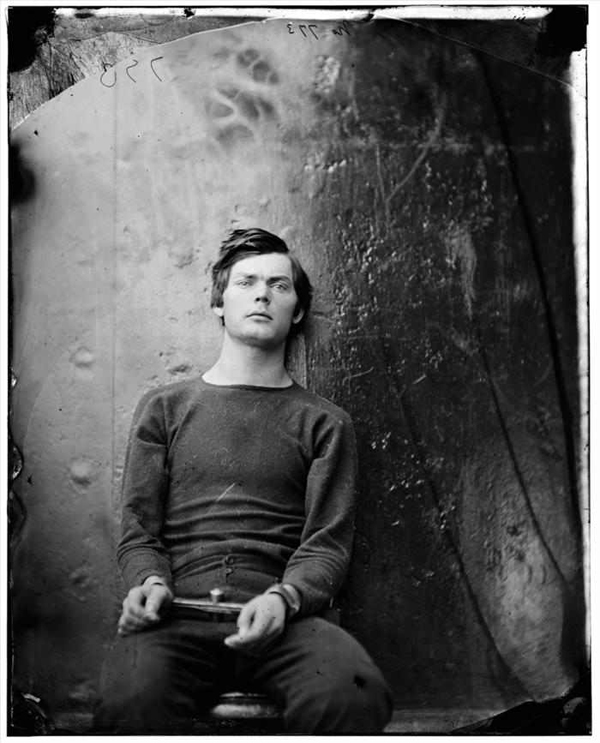 This is the Lincoln assassination co-conspirator Lewis Payne being held in federal custody prior to his execution in 1865. As Lincoln was being killed at the Ford Theater, Payne, an Alabama native and Confederate veteran, entered the bedroom of Secretary of State William H. Seward and began to attack him with a large knife. 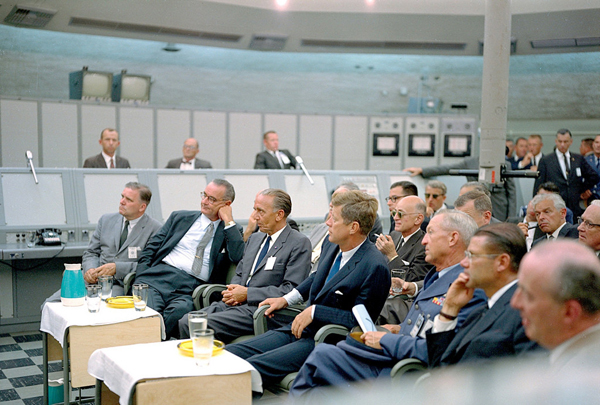 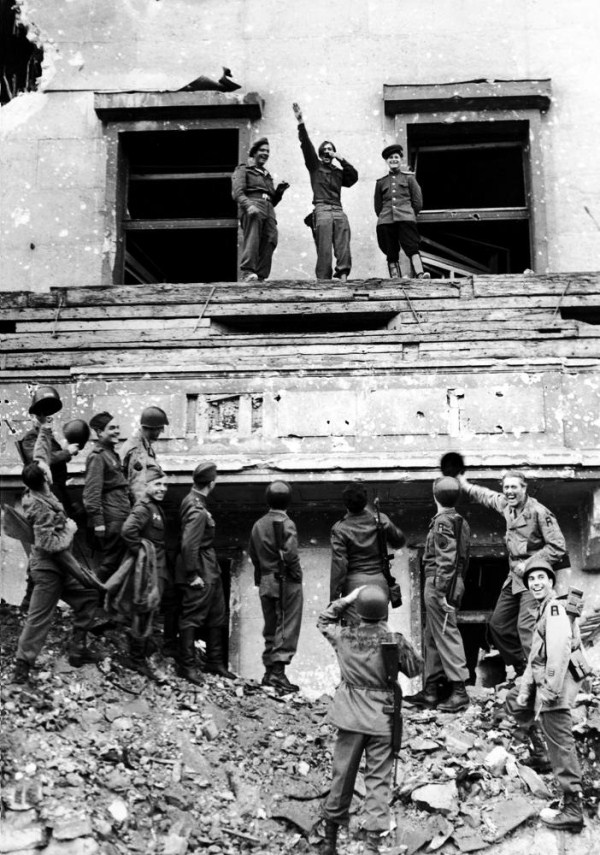 Allied forces mock Hitler from atop his balcony at the Reich Chancellery at the end of WWII. 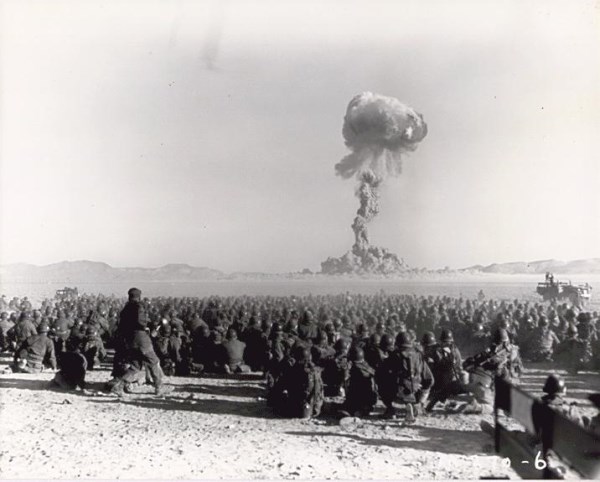 This is a manninquin from an atomic bomb test site in Nevada during the mid-50s. 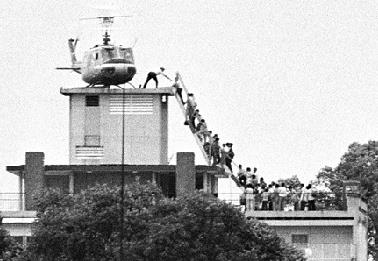 An American evacuee punches a South Vietnamese man for a place on the last chopper out of the US embassy during the evacuation of Saigon in 1975. 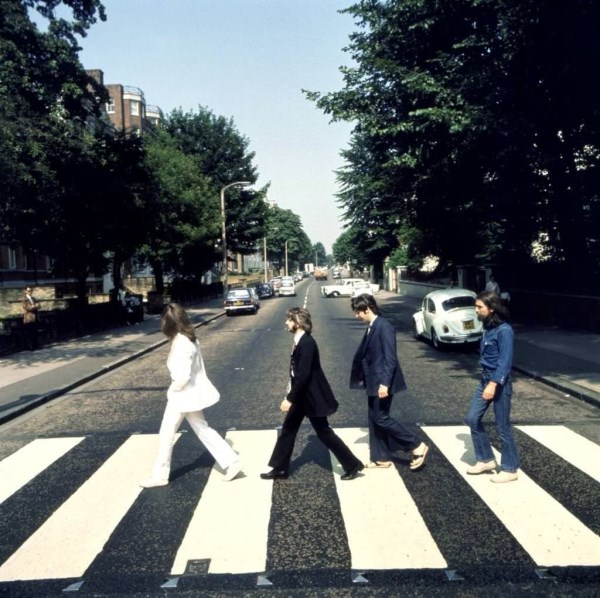 The Beatles walking in the opposite direction during the Abbey Road album cover photoshoot. 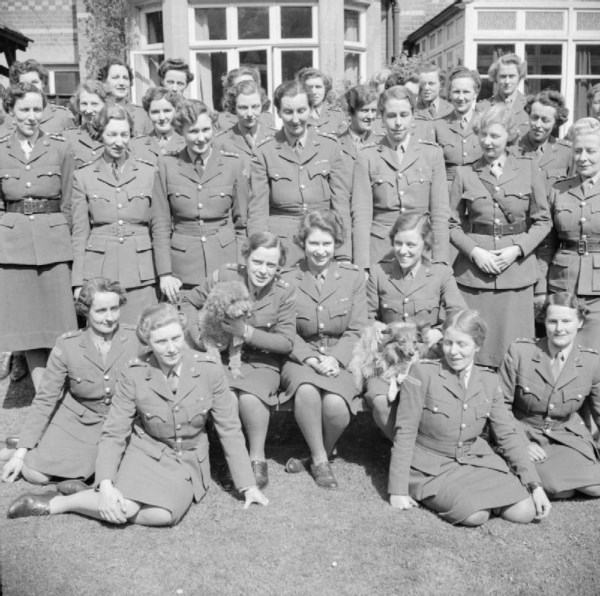 This is Queen Elizabeth during her WWII service. 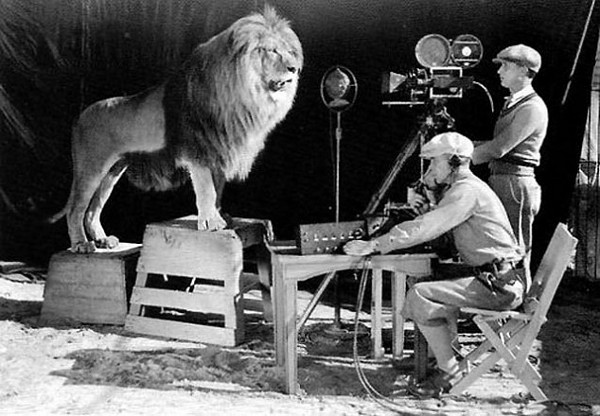 Here are cameramen shooting and recording the lion roar for the MGM logo. 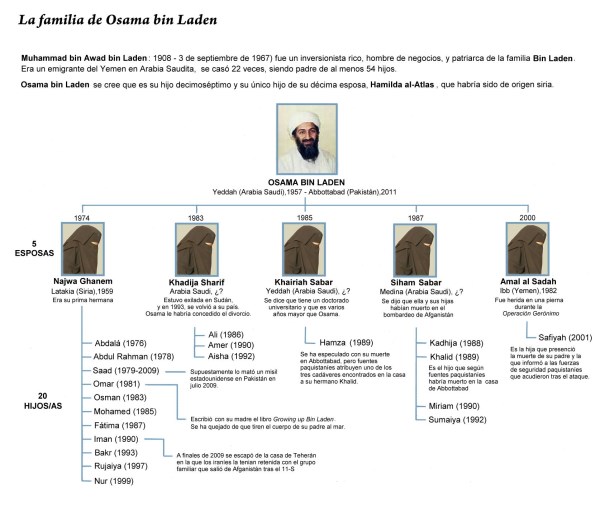 This is a young Osama Bin Laden with his family in Sweden during the 1970s. Bin Laden is second from the right in a green shirt and blue pants.