1Walter Yeo, Known as the First Person to Have Plastic Surgery 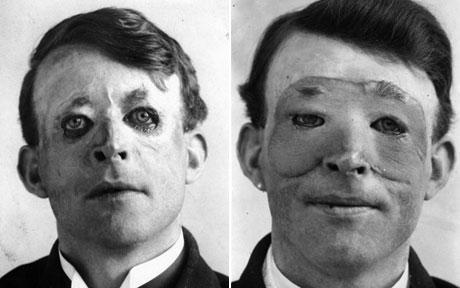 Walter Yeo, a British sailor during World War I, is often cited as the first known person to have benefited from plastic surgery.

Walter sustained terrible facial injuries, including the loss of his upper and lower eyelids, while manning the guns aboard the HMS Warspite in 1916 during the Battle of Jutland.

In 1917 he was treated by Sir Harold Gillies, the first man to use skin grafts from undamaged areas on the body, also known as "the father of plastic surgery." The London-based Gillies opened a specialist ward for the treatment of the facially-wounded at Queen Mary's Hospital in Sidcup, Kent. Walter Yeo is one of the first patients to benefit from his newly-developed technique, a form of skin grafting called "tubed pedical."

The young sailor from Plymouth, Devon was given new eyelids with a "mask" of skin grafted across his face and eyes.

2William M. Spreckley, One of the First Nose Jobs Ever Recorded

Records detail the pioneering plastic surgery performed by Dr. Harold Gillies on WWI soldier William M. Spreckley, a Lieutenant from the Sherwood Foresters Service in the British contingent, 16th battalion. He was Gillies' 132nd patient and was admitted to the hospital in January 1917 at the age of 33 with a "gunshot wound nose." He was discharged three and a half years later in October 1920. 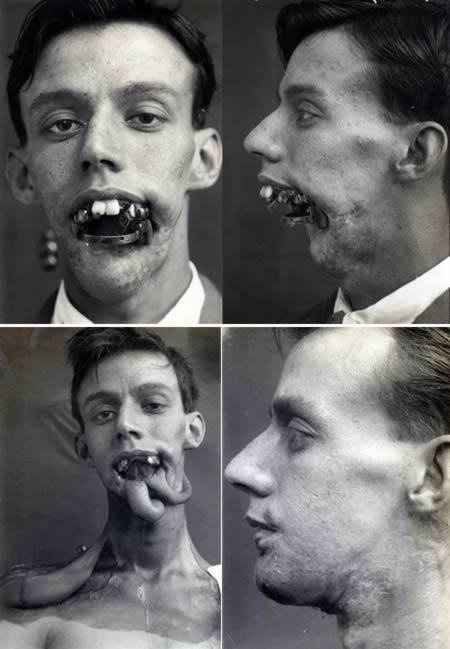 Willie Vicarage, who was suffering from facial wounds that he sustained in the Battle of Jutland in 1916, was one of the first men to receive facial reconstruction using plastic surgery.

Antibiotics had not yet been invented, meaning it was very hard to graft tissue from one part of the body to another because infection often developed. But while treating Vicarage, Dr. Gillies invented the “tubed pedicle." This used a flap of skin from the chest or forehead and “swung” it into place over the face.

The flap remained attached but was stitched into a tube. This kept the original blood supply intact and dramatically reduced the infection rate.

4Timmie Jean Lindsey, the First Woman to Have Breast Implants 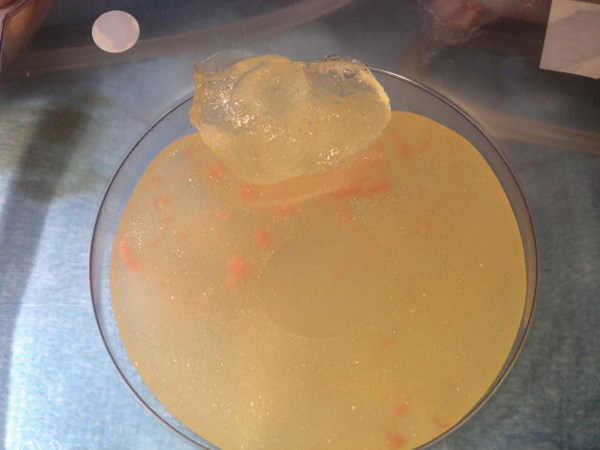 In 1962, a young Texan housewife named Timmie Jean Lindsey was persuaded to become a guinea pig for a new operation. As the first woman to receive silicone breast implants, she has paved the way for more than two million women who have undergone surgical enhancements.

One of six children of an oil refinery worker, Timmie Jean was 14 when her mother died. One year later, the pretty teenager dropped out of school to marry a carpenter. After having three boys and three girls in nine years, she says that her husband began to squander his meager pay checks in bars.

She left him when she was 26 and began a new relationship with Fred Reyes, a Mexican immigrant who took her on holiday and, in what would become a life-changing moment, persuaded her to have red roses tattooed on each of her breasts. Timmie Jean said that she was ashamed of her impulsiveness.
Earning £19 a week from her job at an electronics factory, she qualified for free treatment at a charity clinic, the Jefferson Davis Hospital, where a friendly young plastic surgeon, Canadian-born Frank Gerow, offered to remove the roses with dermabrasion, a procedure in which the upper layers of the skin are removed.

When she returned for a check-up in the fall of 1961, male medical students joined him as he explained how he had been working with a colleague, Dr. Thomas Cronin, to develop an implant for women who had sagging breasts following multiple childbirths. He suggested that Timmie Jean should be the test case, the first woman in the world to undergo this delicate procedure.

Timmie Jean's surgery was performed in the spring of 1962.

5Mademoiselle Geoffre, the First Woman to Have – and Die from – Liposuction 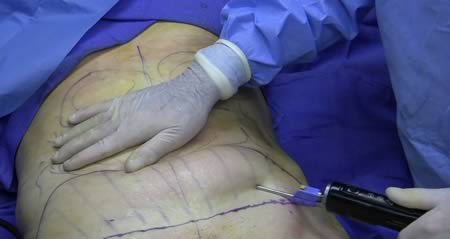 On February 17, 1926, Charles Dujarier, a fully qualified French surgeon, operated on a young model, Mademoiselle Geoffre, who wished to improve the look of her unbecoming legs. The operation was a disaster. Suture tension was responsible for gangrene that required the amputation of the operated leg. The outcome of the lawsuit was severe for Dujarier, who was required to pay 200,000 francs compensation, but even more so for plastic surgery, which was practically outlawed. Two years later, Dujarier's sentence was confirmed, but plastic surgery was cleared and considered licit. on condition that the patient's informed consent be obtained. Dujarier died shortly after the second ruling.

6Isabelle Dinoire, the First Person to Have a Partial Face Transplant 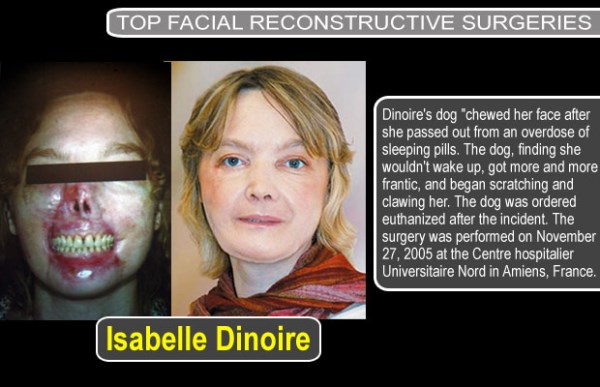 A face transplant is a medical procedure to replace all or part of a person's face. The world's first partial face transplant on a living human was carried out on November 27, 2005 by Bernard Devauchelle, an oral and maxillofacial surgeon, and Jean-Michel Dubernard in Amiens, France. Isabelle Dinoire underwent surgery to replace her original face, which had been mauled by her black Labrador Retriever. A triangle of facial tissue from a brain-dead woman's nose and mouth was grafted onto the patient. On December 13, 2007, after 18 months, the first detailed report of the progress of this transplant was released in the New England Journal of Medicine and documents, describing how the patient was happy with the results, but also that the journey has been very difficult, especially with respect to her immune system's response.

The world's first full face transplant was completed in Spain in 2010. 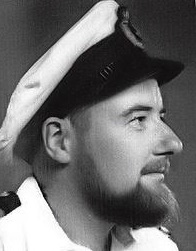 The first phalloplasty that was conducted for the purpose of sexual reassignment was performed on trans-man Michael Dillon in 1946 by Dr. Harold Gillies.

Dillon had long been more comfortable in men's clothing, and felt that he was not truly a woman. In 1939, he sought treatment from Dr. George Foss, who had been experimenting with testosterone to treat excessive menstrual bleeding; at the time, the hormone's masculinizing effects were poorly understood.

While he was in the Royal Infirmary recovering from some illness, he happened to come to the attention of one of the world's few practitioners of plastic surgery, was which a rare specialty that was maligned by most physicians. The surgeon performed a double mastectomy, provided Dillon with a doctor's note that enabled him to change his birth certificate, and put him in touch with the pioneering plastic surgeon Harold Gillies.

Gillies had previously reconstructed penises for injured soldiers and performed surgery on intersexual people with ambiguous genitalia. He was willing to perform a phalloplasty, but not immediately; the constant influx of wounded soldiers from World War II already kept him in the operating room around the clock. In the meantime, Dillon enrolled in medical school at Trinity College, Dublin under his new legal name, Laurence Michael Dillon.

Gillies performed at least 13 surgeries on Dillon between 1946 and 1949. He officially diagnosed Dillon with acute hypospadias in order to conceal the fact that he was performing sex-reassignment surgery.