The ant Cephalotes atratus is bigger than average, dresses all in black, wears a scary helmet, and appears to have super powers. It's called the Gliding Ant, but it resembles Darth Vader. This ant's super power was discovered in 2004 by Stephen P. Yavoniak as he was sitting high up in the rainforest canopy.

While hanging around in the canopy waiting for mosquitoes to bite him (for research purposes rather than the fun of it), he brushed several dozen ants from him and noticed something odd.

Instead of falling randomly away from the tree, the ants formed a mini cascade and landed right back on the bark. Intrigued, he then painted the hind legs of some ants with white nail polish (perhaps part of the usual insect ecologist's kit?). It was discovered that the ants approached the tree backwards, hit it, and then hung on for dear life. While most ants were successful, some would fall down the tree a little farther. A few would plummet down to the earth.

Odder still is the ant's ability to make a 180-degree turn while gliding through the air! This trick helps the ants stay in their lofty home, as they always do their best to glide back to the tree on which they live. 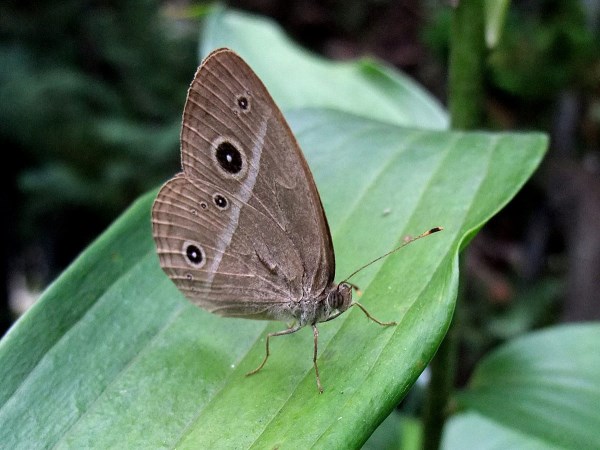 This is actually the caterpillar form of the Chinese Bush Brown Butterfly (Mycalesis gotama), but that face is familiar all over the world as Hello Kitty. As you can probably imagine, these cute caterpillars are quite the hit in Japan, the caterpillars' native region.

We don't know much more about this insect, except that they are totally cute. 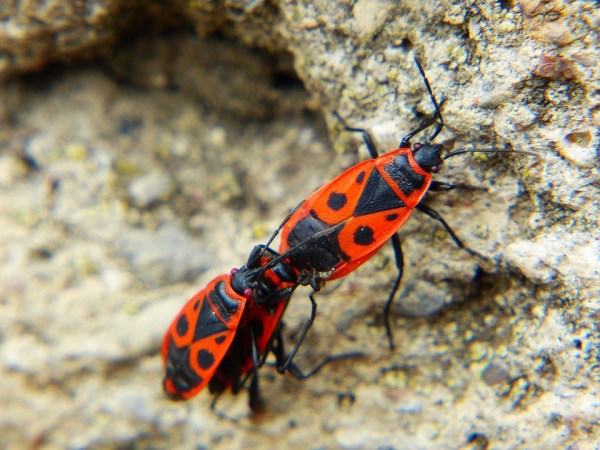 A photographer was left "all shook up" after spotting the face of Elvis on the back of a bug. With markings on its back resembling human eyes, nose, mouth, and a pompadour hairdo, the unusual stink bug bears an uncanny resemblance to the King of rock 'n' roll.

Photographer Darlyne Murawski from Massachusetts, US spotted the Pentatomoidea bug, also known as a giant shield bug, by chance.

Darlyne was on a photographic assignment with National Geographic in the Khao Chong Forest Reserve in southern Thailand when she came across the unusual creature sitting on a leaf.

The bug has previously been spotted in the forests of Singapore, where it was likened to the Sesame Street character Bert. 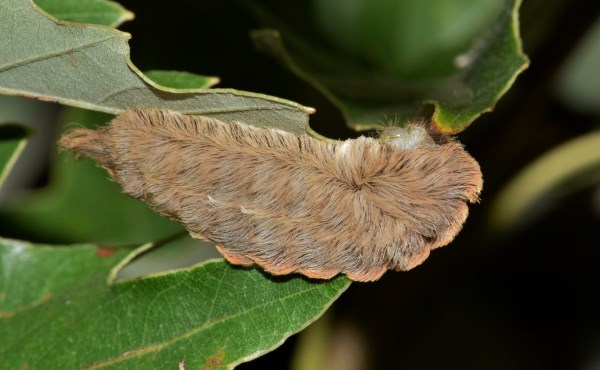 You can see the resemblance, can't you? This is a Megalopyge opercularis, or flannel moth caterpillar. It was spotted by photographer Jeff Cremer and biologist Phil Torres in the Peruvian rainforest. They look furry, and will become a fluffy moth as well, but don't touch it! Its "fur" is made up of venomous spines that can cause painful swelling that lasts for days. Evolution doesn't exactly have a lot of common sense, does it? First it decides to make the most colorful and enticing caterpillar on the planet, then it decides to cover the creepy-crawly in thorns - and lots of them! Found only throughout various parts of Northern Australia, we've heard that this quirky caterpillar, known as Calcarifera ordinate, has a potent sting that is more painful than three simultaneous wasp stings! 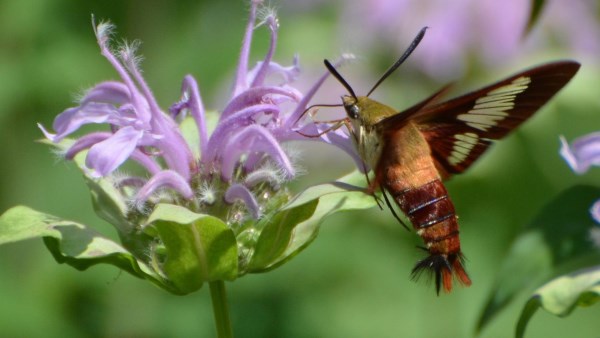 It's probably Hemaris thysbe, the Hummingbird Clearwing Moth or Common Clearwing (wingspan 38-50 mm), which so closely resembles a hummingbird when feeding that many people never really notice that it's a moth hovering over the flowers.

The diurnal nature of many of these moths (most moths are nocturnal) and its similarities to the hummingbird in size, foraging behavior, and feeding structures often makes it one of the most common cases of mistaken identity in nature.

The Hemaris thysbe moth feeds through a proboscis, a long, straw-like tube kept curled under the head when not in use. Its range includes Alaska and the Northwest Territories south through British Columbia to Oregon, east through the Great Plains and the Great Lakes area to Maine and Newfoundland, and south to Florida and Texas. Central Texas residents know that its range incorporates the Texas Hill Country, especially in the spring. 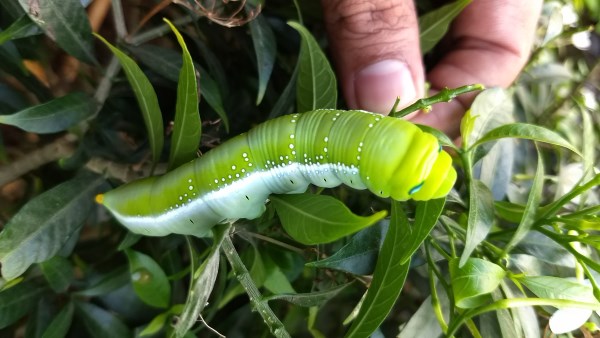 Caterpillars are more vulnerable to predators than during their later butterfly stage, so many have developed scary appearances for protection. This green alien is a native of the Philippines and seems to have taken the fake eye spots to an extreme, making its “face” quite large and scary. Normally, a caterpillar's face is much smaller, and not on the second abdominal segment. The Oncopeltus fasciatus is also known as the Large Milweed Bug. But the Darth Maul Bug is way cooler. It feeds mainly on grains, particularly those of the milkweed.

Deilephila elpenor, known as the Elephant Hawk-moth, is a large moth of the Sphingidae family. The species is found throughout Britain and Ireland.

The larva is about 75 millimetres (3.0 in) long and is green and brown in color. When startled, the caterpillar draws its trunk into its foremost body segment. This posture resembles a snake with a large head and four large eye-like patches. Caterpillars are preyed upon by birds, but these shy away (at least for some time) from caterpillars in “snake” pose. It is not known whether the birds believe that the caterpillar actually resembles a snake, or whether they are frightened by the sudden change of a familiar prey item into an unusual and boldly-patterned shape. Which is the flower and which is the caterpillar? The camouflaged looper inchworm (Synchlora aerate) is a genius at camouflage (hence the name); it glues bits of flowers to its back in order to blend into its surroundings. Depending on what plant they are feeding on, they may adorn all types of different colored plants in hopes of avoiding detection. When the petals begin to wilt and discolor, they will discard their outdated camouflage and replace it with a new "coat."